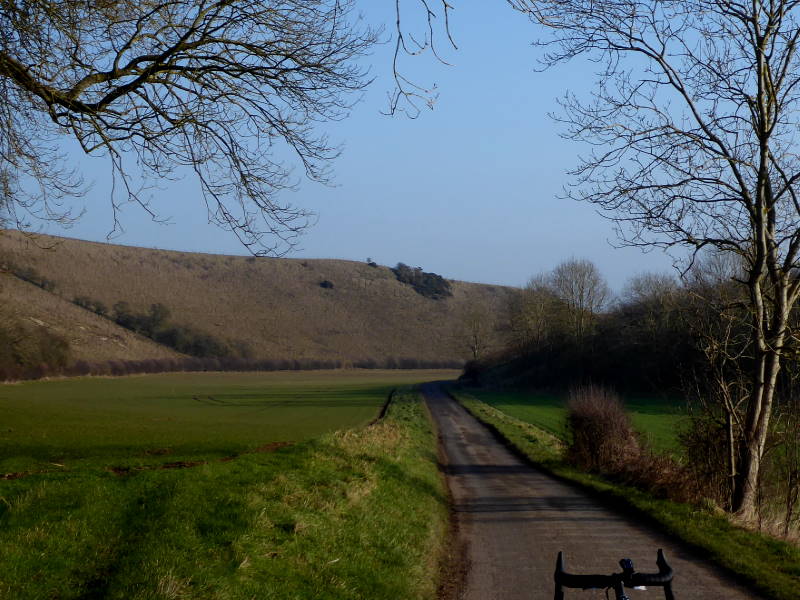 It may be a whisky trail, but it wasn’t a day for shorts. In fact, it was nippy. Day 2 struck north from York a few miles to the village of Sutton-on-the-Forest – no, there isn’t a forest – which is the home of the very agreeable Cooper King Distillery.

They started making whisky in 2019 for first release in 2024. Like most similar concerns, they’re bringing in a bit of cash meantime by producing gin, which you can do in a few weeks rather than years. A bit like learning the ukulele compared to learning the guitar; I know which I’d rather listen to. Or compose for.

(Their shop is only open currently on Saturdays, so I dropped in on them over the weekend via bus and folding bike. Mark, who was staffing the shop, turned out to be a cyclist. I was very tempted by a bottle of their New Make Spirit: essentially, a proto-whisky, before it gets rounded off with storage flavours from those casks. It’s a fine nip in its own right, with an interesting and unfamiliar selection of pre-barrel tastes: banana, mango, peanut butter. It’s 47%, which is about what I mostly feel these days. Never 100%, anyway.)

Mindful of short winter daylight, I had a dawn start. I went north up the cycle path, out of town towards Haxby, heading salmon-like into the oncoming stream of riders heading to work. As was I. Except I wouldn’t be stuck in a factory or office all day, selling my soul for a pittance. I’d be cycling round the Wolds, enjoying the fresh air and freedom for a pittance.

It was all flat, empty lanes through flat, empty farmland. The road from Galtres to Huby is marked on the OS map as the enticing white-road-with-red-dots. That usually means a fairly decent farm track, perhaps part tarmac. I nicely avoided the busy parallel B road, and slipped quietly through Sutton’s invisible forest. At Cooper King’s farm all was still. Even the still.

I headed east along narrow, rarely-driven farm lanes, straight and flat through big-sky farmland. There was no traffic apart from the occasional full, clattering livestock lorry. Where those cows going mummy? Er… on holiday, darling.

Thornton-le-Clay proved free of thorns, but not clay. Perhaps thanks to that farm track to Huby, my front mudguard was gummed up solid.

Luckily I had a business card from Specialist Cycles of Stourport. Because it’s made not of 500gsm card, but of strong plastic. (The sort they use for packaging items, such as scissors, so securely that you need a pair of scissors to get at them, in which case you wouldn’t have needed to buy the scissors in the first place.) I worked it between tyre and mudguard and removed enough compacted earth to grow a few potatoes.

Suddenly, the Wolds started. There was a stiff climb on the (cyclepath of the) A64 and then an abrupt downhill to cross the Derwent at Kirkham, across the old level crossing with manually operated gates and with the splendid abbey ruins in the background. It’s a moving glimpse of a simpler era, calmer and more spiritual, without materialism or cynicism. The era of manually-operated level crossing gates, I mean.

From here for the rest of the day it was lovely, lovely cycling through Wolds hills. Climbing out of Kirkham and up to the banktop, I could see the Derwent’s glacial valley to my right. My feet were feeling pretty glacial too: it was a sharp, cold morning.

Views can change quickly in the compact, ruched landscape of the Wolds: downhills, uphills, hilltops with surprisingly far-ranging vistas. I enjoyed one of my favourite rides in Yorkshire, the winding descent down Water Lane’s dry valley into Thixendale, a sheep-dodging thread of tarmac that somehow finds a way to keep going downwards through those chalk hills stacked in front of you.

Thixendale, buried down at the valley bottom, didn’t have a television signal until the late 1970s; as someone who watched a lot of telly in my childhood, I can promise you they weren’t missing much.

From Thix I went east and then north, along William Dale and then Fairy Dale. Ah, if only I had a magic wand. I could ask for things that ought to happen but which would never do so, such as abolishing the monarchy or proportional representation, but I wouldn’t bother asking for things just too outrageous or fantastical, such as Dutch-style cycle infrastructure in Britain.

More scenic ups, downs and ridgetop vistas got me to Duggleby, from where I took the ‘main’ road (a very quiet one, actually) fast and flat east, with a tailwind, through a succession of enticingly-pubbed villages to Foxholes.

Dinky back lanes wind from here through Fordon and along another groovy dry valley, Garton Bottom, past Wold Top Brewery. I dropped in here on a previous visit, so didn’t need to detain myself today, though any excuse to buy a bottle of their Hello Velo ale is a good one. (It has a bike on the label! That makes it tax-deductible!)

Wold Top Brewery is a sister company of Spirit of Yorkshire (SoY) Distillery, whose excellent visitor centre in Hunmanby is the climax of the Yorkshire Whisky Trail. The barley used to create the county’s national firewater (and only, until 2024) comes from the fields round here.

It’s turned into the magic fluid at SoY’s works, in an industrial estate about two minutes’ walk from the railway station – very handy for those who want to enjoy the centre’s super licensed cafe, the Pot Still. There are fine views from the cafe’s airy first floor tables: not over those barley fields, but more interestingly, over the distillery itself, full of coppery conduits and vats.

SoY’s cafe is a popular cyclist stop, and they’re enthusiastic about two wheels (indeed, their marketing manager is a regular rider, I’m told). I’m enthusiastic about them, too; I’ve been here before, when my talk of a ‘Yorkshire Whisky Trail’ was joking. Well, I’m serious now. Seriously.

I toasted the finish of my ride with a pint of Wold Top’s Against the Grain, savoured the sunshine, and got a leisurely train out.

When I devise the Yorkshire Whisky Trail route in detail I’ll put it up here. Meanwhile I’m working on the details for my forthcoming article for Cycling Plus magazine. From Hunmanby I’ll add the option of going on to finish at Filey, whose exciting brigg (and amusing yarnbombings) I blogged about recently. Riders of my YWT can finish on the beach with a dip and an ice cream.

Today, though, that wasn’t an inviting option for me. It may have been sunny, but it was also four degrees Celsius. And I hadn’t brought my wetsuit.