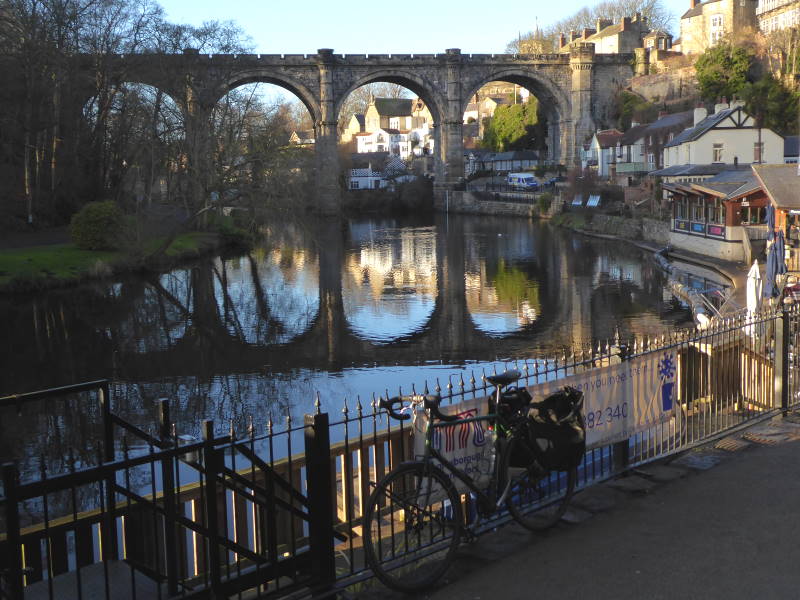 Yorkshire is like a country in its own right. England’s Scotland. We even have roughly the same population. But, until recently, no whisky to speak of. Well, now we do. So let’s.

The county’s first ‘national whisky’ came on stream in 2019 in Hunmanby, outside Bridlington: Spirit of Yorkshire’s Filey Bay. It’s soon to be joined by two others: in 2024 the first bottlings will be released by Whittaker’s (in Dacre Banks, outside Harrogate) and Cooper King (in Sutton-on-the-Forest, outside York).

Both those are biding their time meanwhile making gin, but we all know what the real deal is. Single malt whisky. Compare Hogarth’s Gin Lane (a portrait of its ruinous effects) with the joyful 1949 film comedy Whisky Galore and you’ll see what I mean.

OK, so Scotland has a few more distilleries than Yorkshire so far – 130 or so. I’ve enjoyed its various whisky trails: distillery-oriented routes for cyclists wanting to enjoy a nip or two here and there while riding through lovely scenery. It’s important to engage directly with a country’s culture.

But now Yorkshire can start to rival those malty bike odysseys in Islay or Speyside. Because I’m putting together a Yorkshire Whisky Trail (YWT) to link those three distilleries, as an article for Cycling Plus magazine. As I say, it’s important to engage directly with a country’s culture.

The YWT runs 100-ish miles from Pateley Bridge in Nidderdale to Filey on the East Yorkshire coast: Dales to Wolds, with glimpses of the Moors, via Knaresborough and York. (There are two vineyards and the odd brewery en route too.)

It splits rather nicely into two days, overnighting at York halfway, and today I did that first half. Here’s what happened…

Getting Pateley Bridge without a car, thanks to the 1960s sci-fi film baddie Doktor Beeching, means taking the train to Harrogate and cycling the dozen miles there. I went Route 1, ie the B6165. A bit busy, but with some decent views over the river valley, and the entertainment of going through a village called Bedlam. Yes, life in 2022 feels like that much of the time.

I’ve passed through, and blogged about, Pateley Bridge before (among other times, on the Nidd leg of my Rivers Rides). Sadly I this time couldn’t find the Police Box – the model for Dr Who’s Tardis, of course – near the bridge. Maybe an estate agent flogged it as a bedsit flat, calling it ‘deceptively spacious’.

A few more miles of sunny morning riding got me to Dacre Banks. Whittaker’s Distillery is here, in some farm outbuildings a mile up a (picturesque) track. They have a shop and basic cafe (tea, coffee, pork pies, gin etc) open Wednesday to Saturday afternoons, though if you’ve come for the whisky you’ll have to cycle very slowly as it won’t be ready for another two years. Anyway, I popped in to say hello then carried on east on lanes alongside the chunky little Nidd.

The village of Clint put me in mind of The Good, the Bad and the Ugly, Eastwood’s famous documentary on Sustrans cycle paths. The inn there has a yellow bike monument celebrating the Tour de France coming through in 2014, and – celebrating one of the ‘Good’ examples of their output – I took the delightful Sustrans path that heads off car-free, but tarmacked, through woods to Ripley Castle.

I haven’t put up my photos of the splendid 14th-century country house, as they were marred by parked vans and building works. They’d be of limited appeal, unless you are a fan of Knaresborough Window Cleaners and scaffolding.

It was lunch time, so I rested for a bit in Ripley village’s lovely Italianate centre with an ice-cream from the shop. Red Cherry and Fig & Brandy, it was. Obviously that’s not all I had for lunch. I had a bag of crisps, too.

The car-freeness, tarmacness, and general delighfulness, of the path continued out of Ripley. It passes an imposing monument to that 2014 Tour (and to 1960s Yorkshire cyclist Brian Robinson), and runs along the side of the Nidd towards Harrogate. It crosses the river on a dramatic viaduct with commanding views over the distant beckoning hills and less distant, less beckoning sewage works.

On the edge of Harrogate I turned left and took the Beryl Burton Cycleway (celebrating another 1960s Yorkshire cyclist) to Knaresborough. This is one of my favourite riverside rides in Britain: the path goes right by the water, mostly car-free, snaking its way through the surprisingly vertiginous gorge. With its railway viaduct, clifftop castle and rock chapels, it feels more continental than English, though with the benefit of pork pies and proper beer.

Between here and York it’s all a bit flat, and with no obvious options for avoiding nasty roads. I decided the least worst was to head out along a kilometre of farm bridleway, just about unmuddy enough to be acceptable, but with some pushing involved.

Then I headed north on pleasant, quiet lanes through Arkendale to cross the A1(M) to join up with the Way of the Roses (WoR) at Great Ouseburn. Here’s another beverage-related surprise: the lush slopes of a vineyard.

Because whisky is not the only surprise drink made in Yorkshire. Viticulture in England was started by the Romans, not very successfully. The Domesday Book records 40 vineyards, sadly without tasting notes, but unreliable climates meant wine production was patchy until a mushrooming of expertise in the late 20th century. England now has 500 commercial vineyards, 16 of them in Yorkshire – including this one, Dunesforde, in Great Ouseburn.

I didn’t have time for a glass of their 2020 Solaris (‘bursting with acidity and character… radiating finesse’, which makes it sound like an ideal TV chat show host). It was a January afternoon, with the bright but weary sun flagging by the horizon.

The WoR runs from here through to York photogenically via Aldwark Bridge’s clanky wooden cakewalk, though the grounds of Beningborough Hall and on car-free paths alongside the Ouse into the city centre. All familiar stuff to me – I’ve ridden this bit dozens of times, and blogged about it before, and I wanted to be home for dinner.

For those doing the YWT and staying in York, I’d advise care when choosing accommodation. Some places might look good in the photos, but turn out to be shabby, austere, uncomfortable former council houses in low-status areas where drug dealers lurk on street corners.

Don’t stay at my place, in other words.