Hippy life in Yorkshire? I can promise you, having grown up through them, that the Swinging Sixties barely even wobbled in Hull, never mind swung. All that love, peace and alternative living may have gone on in the decadent south but it never made it north of Sheffield. So it’s a pleasant surprise to come to Hebden Bridge, Yorkshire’s Hippy Capital. 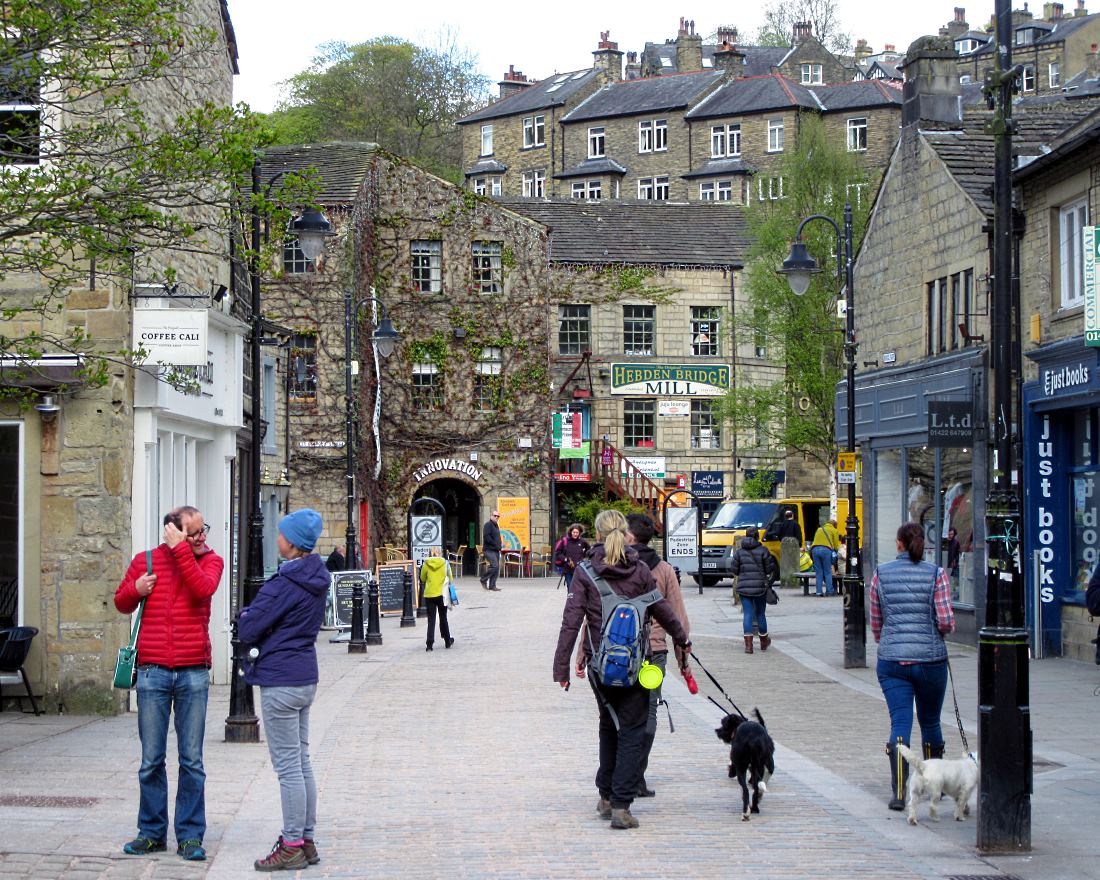 The market town (pic) has a population of under 5,000 but, like the blister caused by my cheap bike shoes, feels bigger than it is. And taller: stacked up on the Calder valley’s steep hillsides are double-decker houses with the top stories facing the hill and comprising one dwelling, and the bottom stories facing the valley and comprising another. 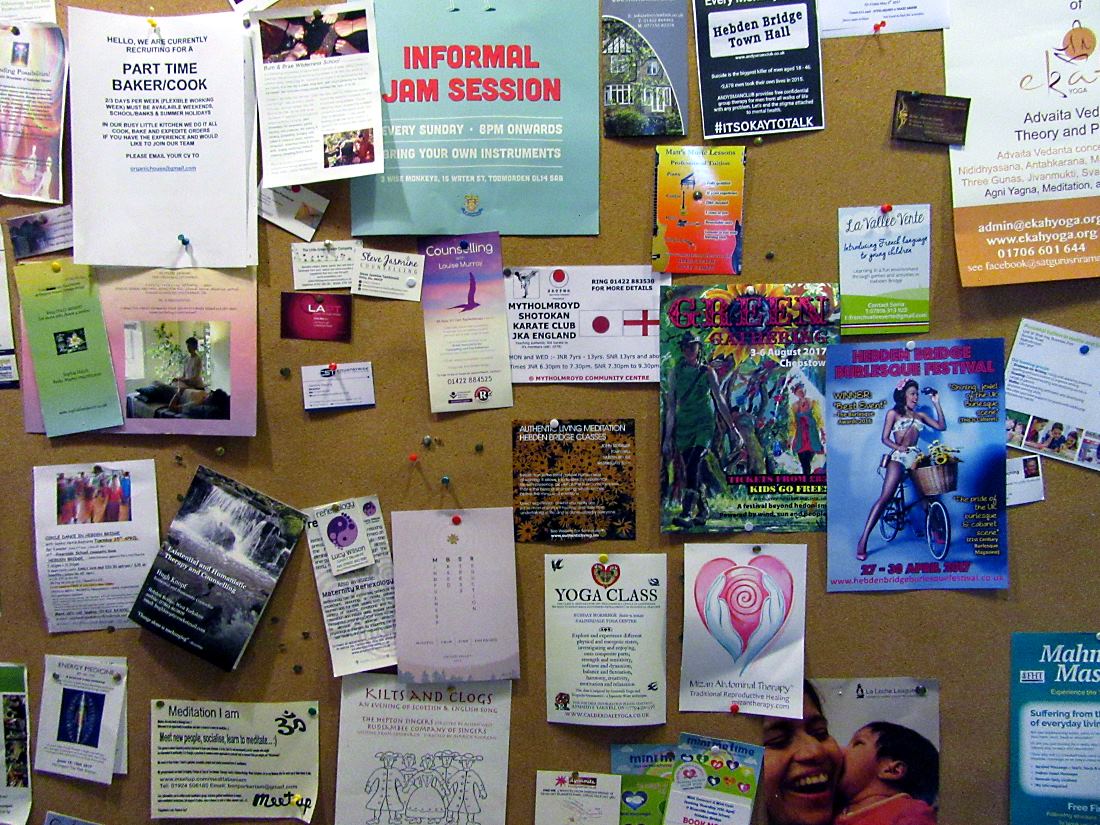 It’s an alternative sort of place, tolerant and gay-friendly: the Lesbian Capital of England, it’s often called. It’s certainly got an alternative-lifestyle feel, as a glance at a typical coffee shop noticeboard shows (pic). If you’re after Reiki, Holistic Massage, Existential Therapy or Energy Medicine, you’re spoilt for choice. And while you make your mind up, the cafe offers 19 sorts of cake and 15 types of herbal tea. 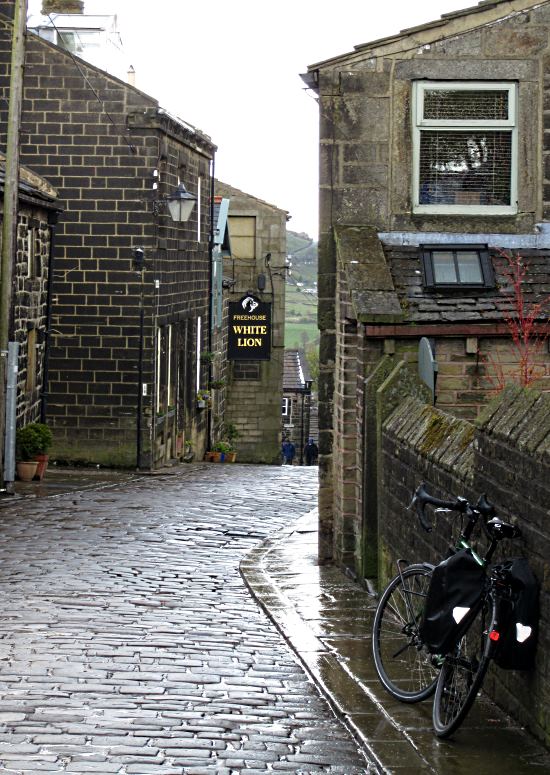 The town started off as Heptonstall, a broodily characterful village (pic) a short cycle away.

If you’re coming downhill into Hebden Bridge, anyway. Because, like any road that doesn’t actually run along the valley floor parallel with the railway or canal, it’s very very steep.

And cobbled, like many lanes around here. Forget Paris-Roubaix: you can test the security of your fillings by cycling down Heptonstall main street. 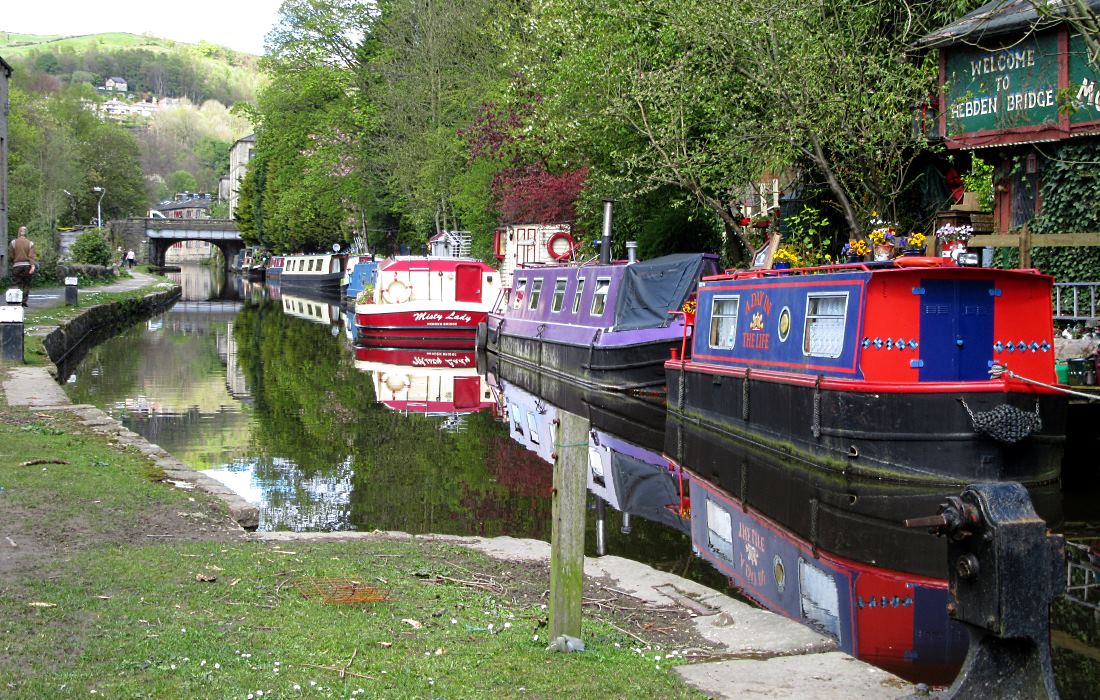 Until the 1800s, there was no road along the valley floor. But as the industrial revolution revolved, the canal (pic) and railway came through the valley, Hebden Bridge grew around the river crossing, and textile mills thrived. It became known as Trouser Town; not any more, now that the mills are long closed and converted to chic apartments. It’s no longer a place defined by images of patriarchal legwear. More like jams, either of the preserve or musical kind.

There’s a strong community feel, as the town’s local website demonstrates. It has a fair few meeja types who live here in those chichi lofts, commute to Manchester or Leeds by the slow but frequent trains, and enjoy organic gluten-free artisan local bread in Hebden Bridge’s chic cafes and bistros. 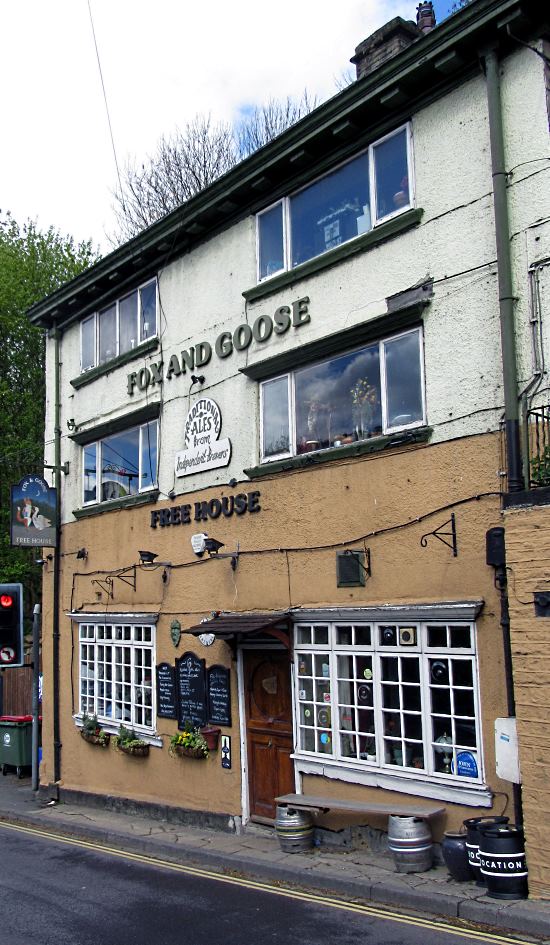 But, also, many people don’t have Monday-to-Friday, 9-to-5 jobs. Or any clear job at all. (Perhaps the people who live on the colourful narrowboats moored all along the canal.) So I feel I have a lot in common with them.

For all those people, there are plenty of events to fill the afternoons in bookshops or art studios or community-owned facilities such as the Fox and Goose pub (pic).

Scruffy in appearance, it’s actually friendly and well-organised, with fine local real ale always close at hand. So I feel I have a lot in common with it, too.