Malton doesn’t make much of its position on the Derwent: no riverside cafes, promenades or costanera tapas bars. It’s equally uninterested in encouraging cyclists, to judge by the total absence of bike racks in the market square (pic) – or, to give it the proper technical term, ‘car park’.

I would have complained to the Tourist Information, but their old office is now a bistro and they’ve moved halfway out of town. 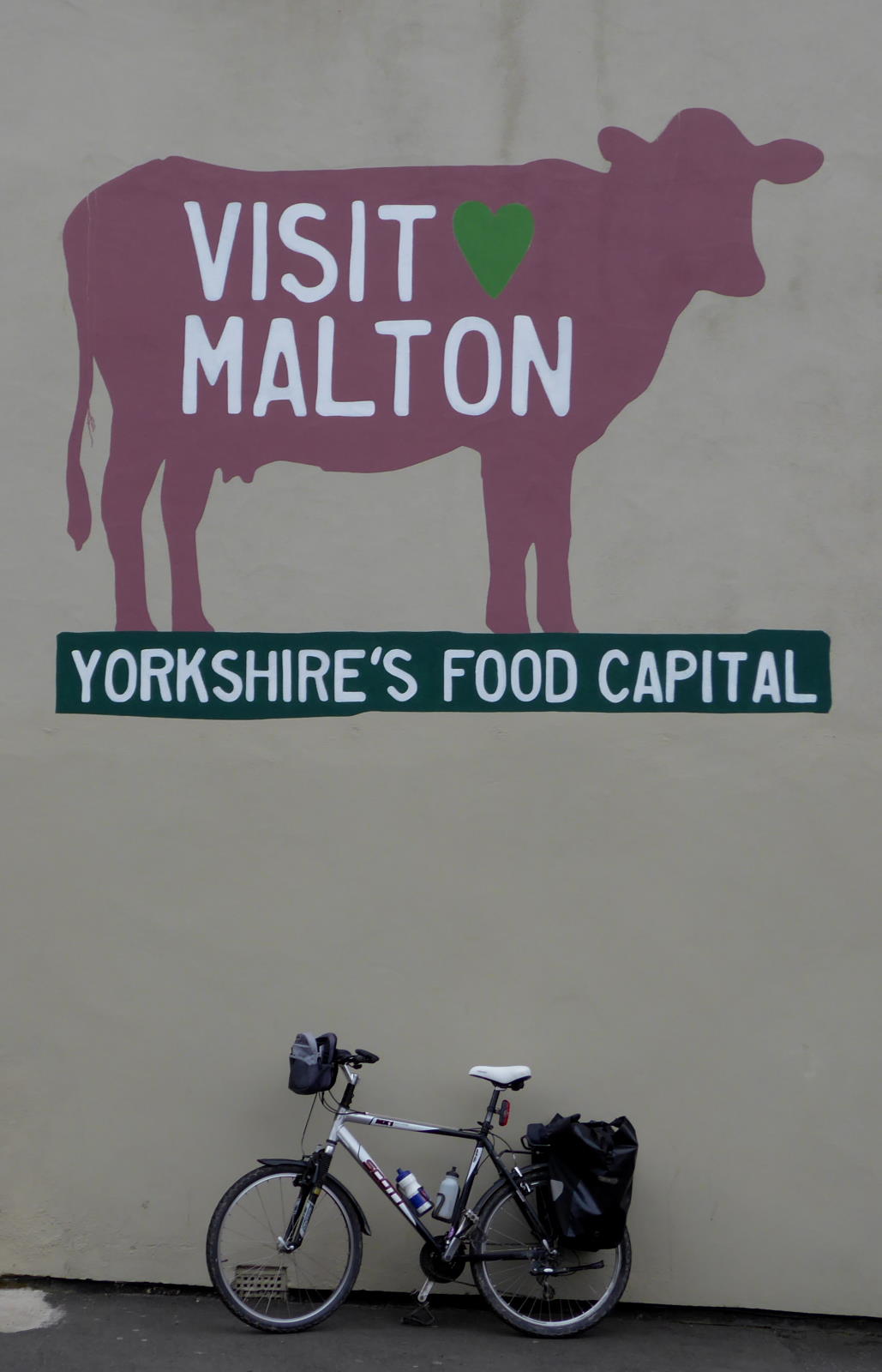 What the town does make much of is its lively selection of independent foodie places.

They take this responsibility so seriously that there’s no branch of Greggs here. My breakfast came from Thomas the Baker instead.

I also dropped into Leoni’s, in my unbiased and independent view the best coffee shop in Yorkshire, which just happens to be run by my cousin Simon. 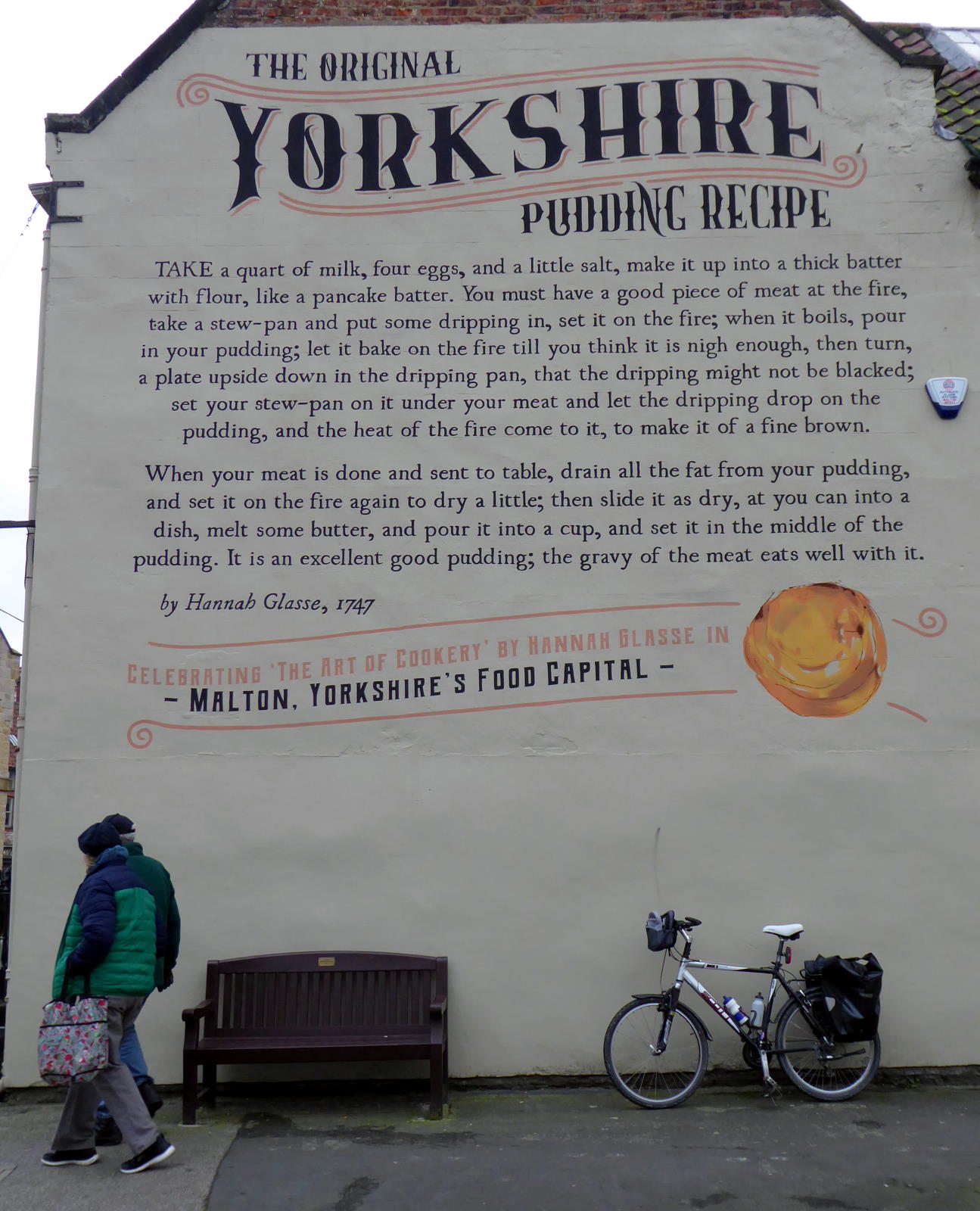 Further proof that Malton spends its money promoting its culinary status, and not on, say, cycle facilities, is here on the side of this house (pic).

This is said to be the oldest Yorkshire Pudding recipe (pic), dating from 1747.

I expect people were complaining then that it tasted better in the old days. And that proofreading had gone downhill. And that there wasn’t enough horse’n’cart parking. 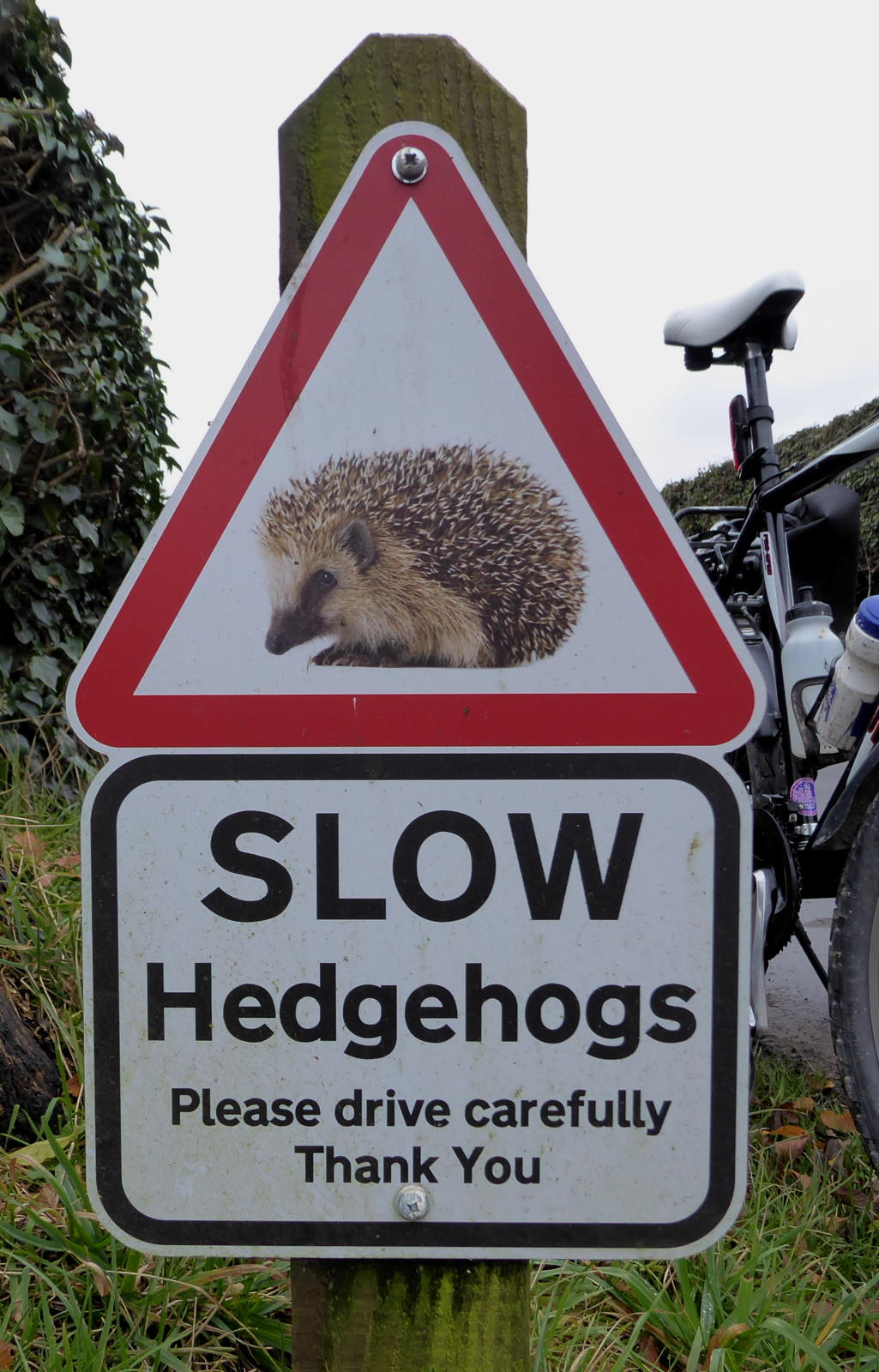 I headed along the new cycle path out of Malton to Huttons Ambo, past this Erinaceous Rights campaigning sign (pic).

The good news for local hedgehogs is that I don’t cycle fast enough to present a threat. 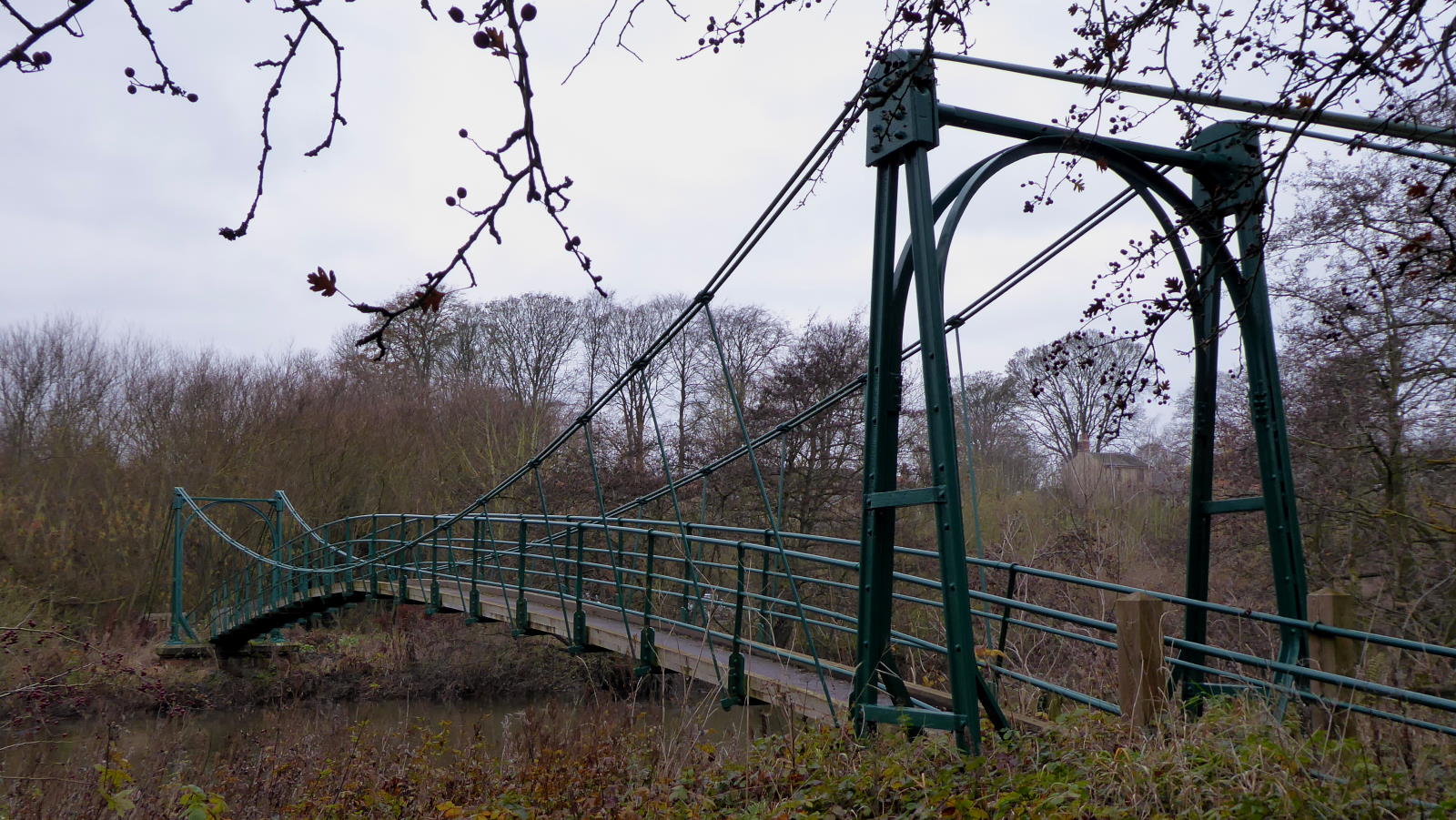 This entertainingly wobbly suspension bridge (pic) gently cakewalks pedestrians and cyclists across the Derwent. Along this stretch the best way to see the river is from the train, which hugs the bank for a few miles in a leisurely manner. My train trip back to Malton this morning had included a few delays, ideal for sightseeing, though not as good for getting to appointments on time.

At Kirkham (pic) is one of the most scenic bits of the whole Derwent – perhaps better in summer, I’ll grant you – thanks to the fine old bridge and the ruined abbey. 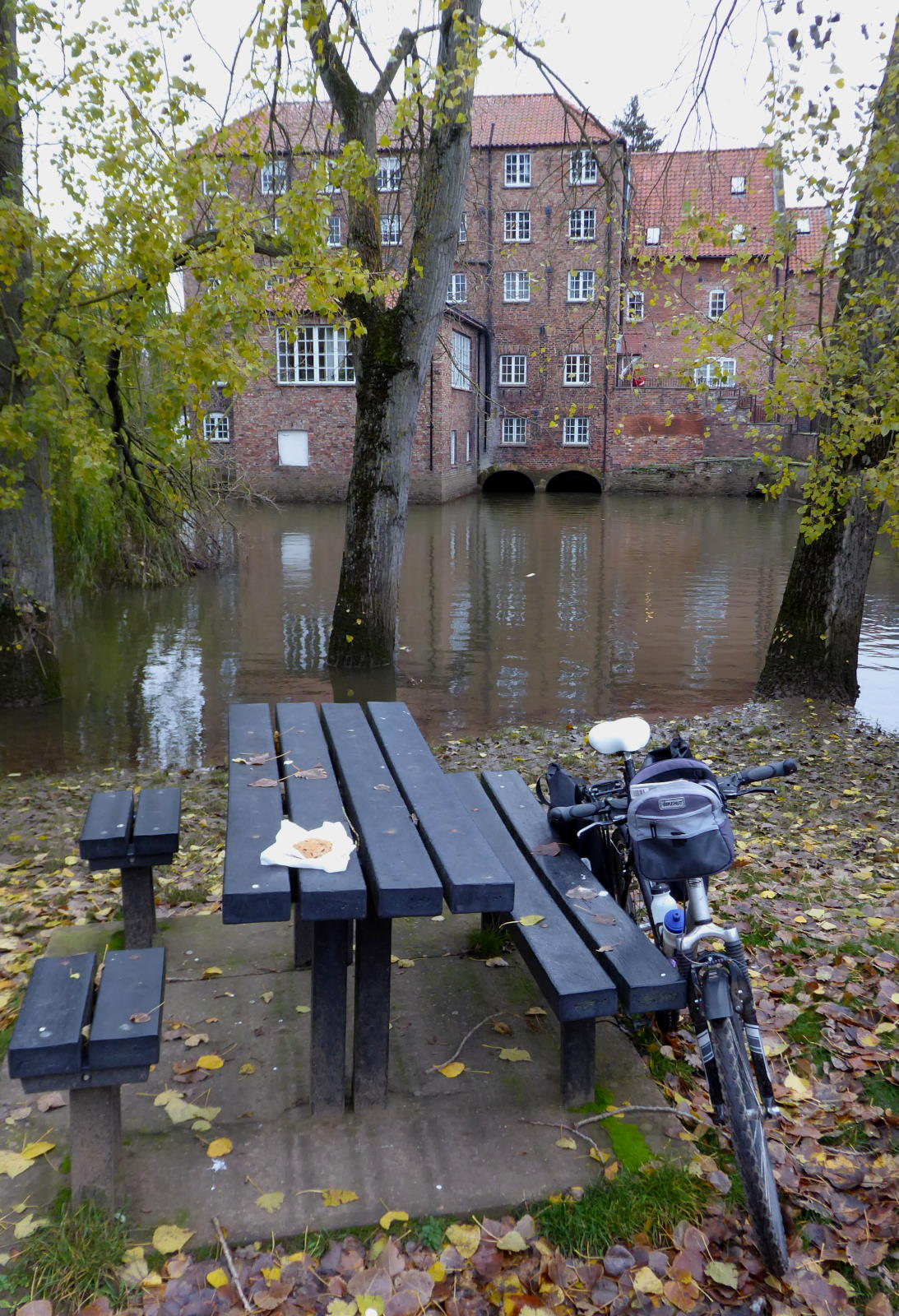 I enjoyed my picnic lunch – well, a flapjack – at Stamford Bridge (pic).

The town named after the Derwent’s most famous crossing is known for two reasons.

First, the battle in 1066: Harold and his army beat the Vikings, thus ending the Viking Period, but were so weakened that three weeks later they lost down at Hastings to the Normans, thus ushering in the Norman Period.

Second, Stamford Bridge shares its name with a football ground. In 2008, this caused a satnav-trusting taxi driver to bring someone here, when they’d rather hoped to be watching Chelsea instead, 230 miles away. 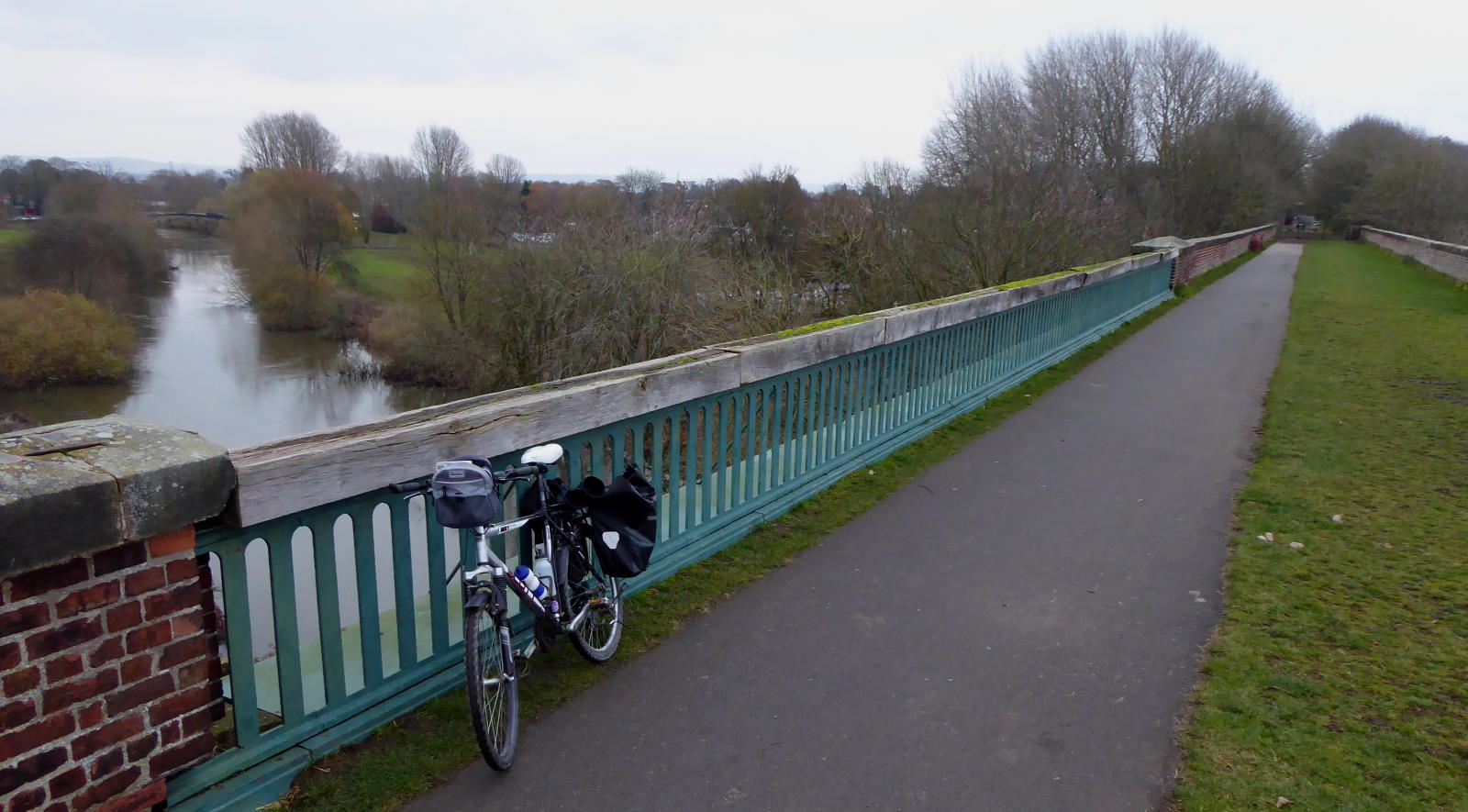 Stamford’s road bridge over the Derwent is narrow, busy with heavy traffic, and controlled by traffic lights, but its other bridge – a post-Beeching railtrail, half a mile downriver – is nice and quiet (pic). 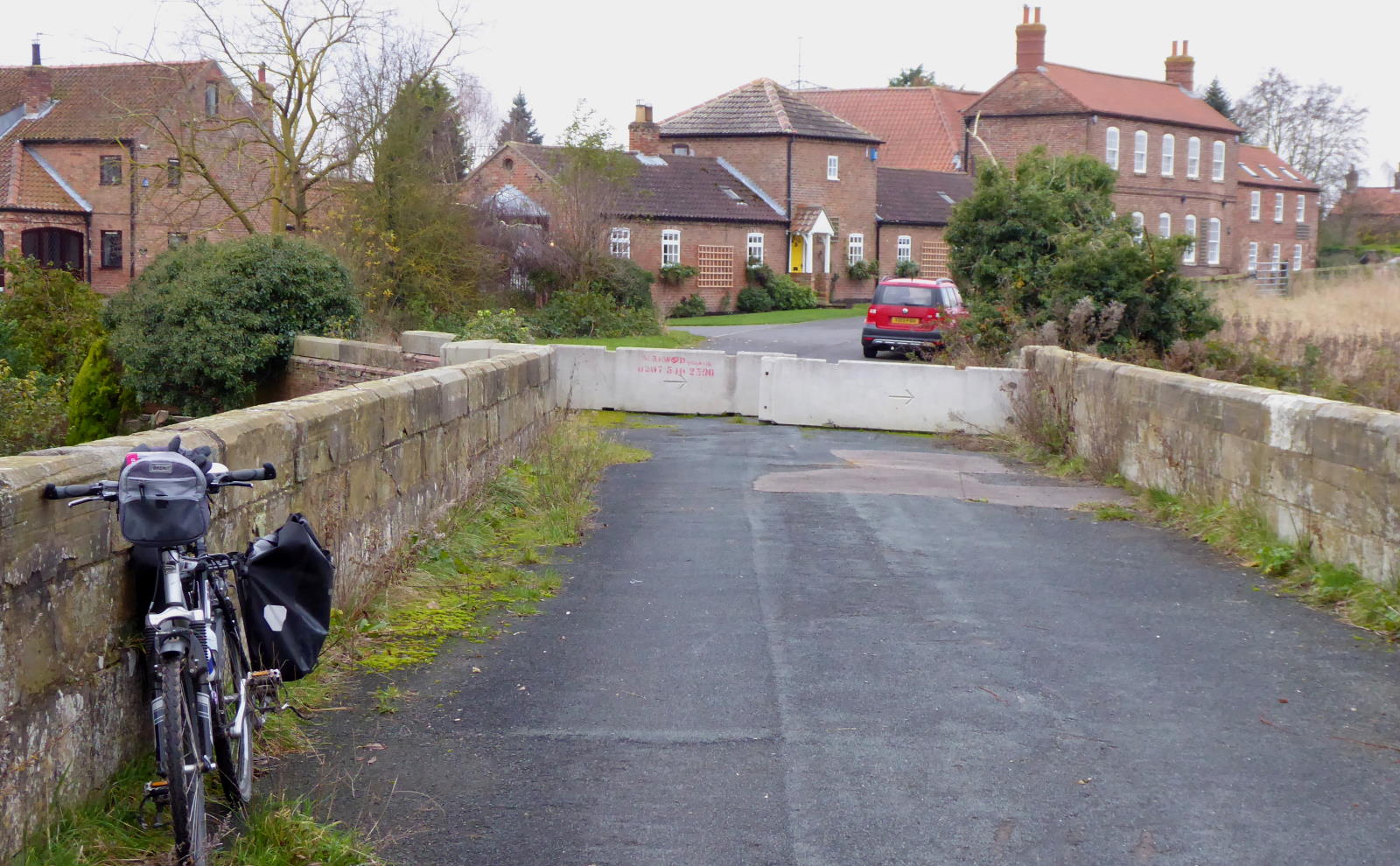 My last view of the Derwent today was at Kexby (pic), on the scruffy and forlorn old bridge now bypassed by the bypass. 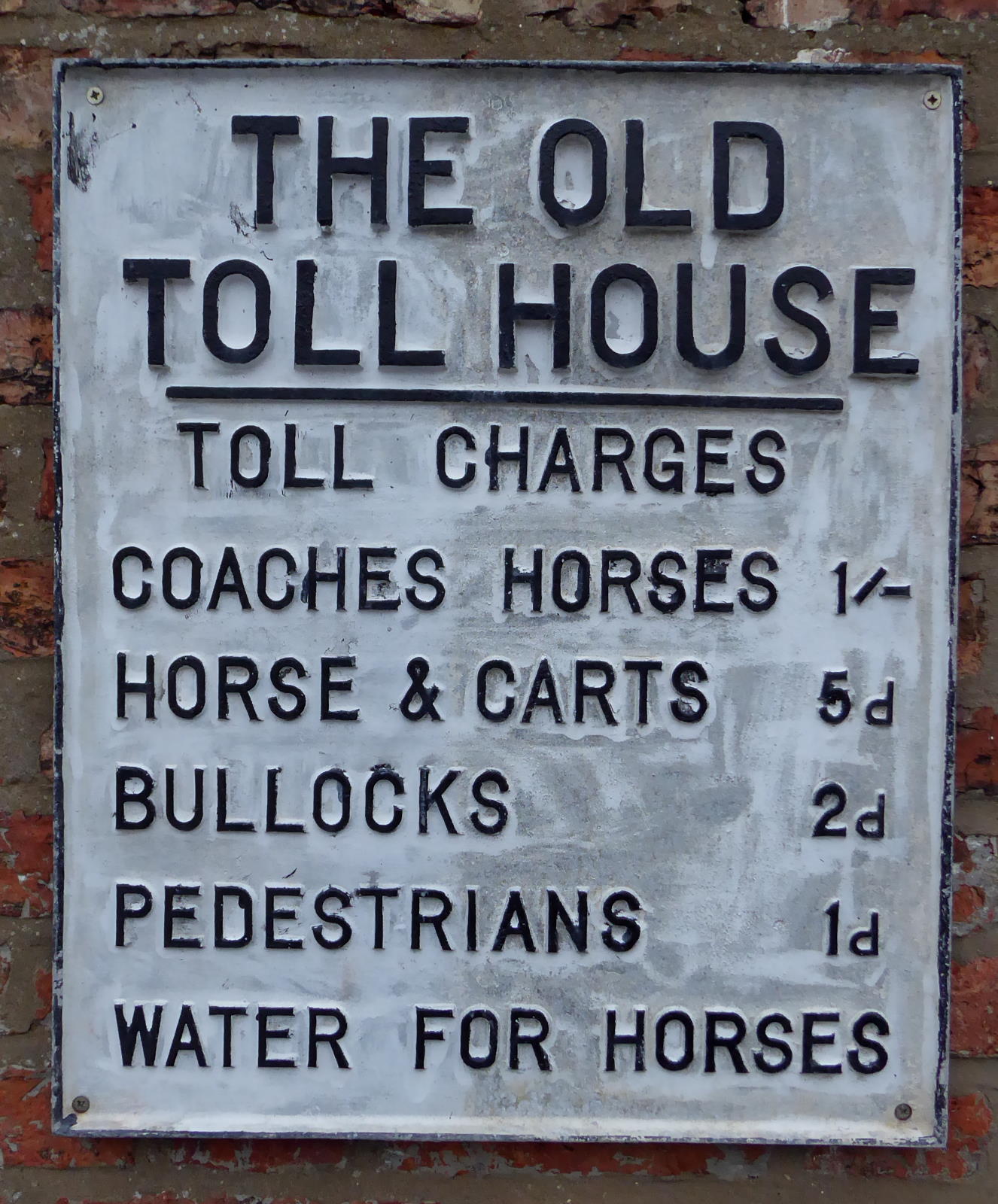 The historic toll charges give a clue as to the dreadful nature of a society dominated by Tory privatisation.

Anyway, I cycled back home, ready for dinner, and ready to resume tomorrow morning…