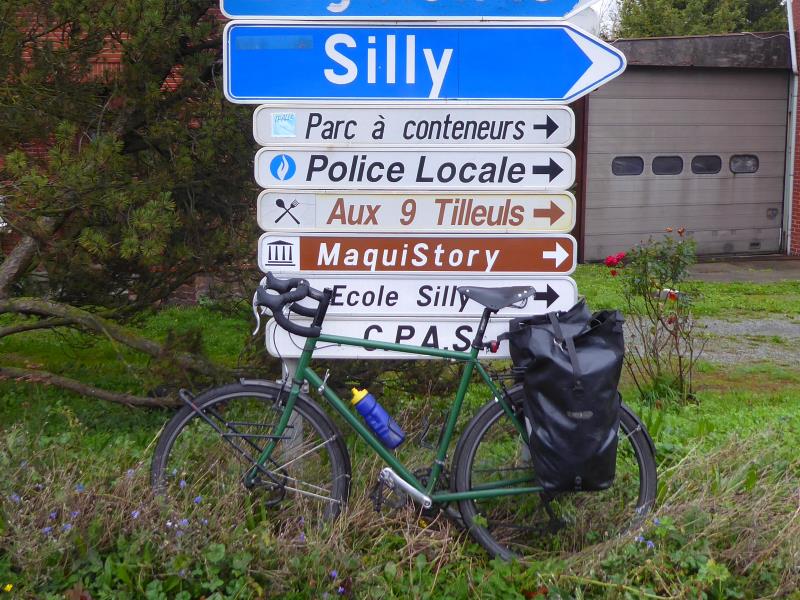 I’ve cycled in a lot of places with silly names. Dull, twinned with Boring. Jump. Bedlam. Llanfairpwllgwyngyllgogerychwyrndrobwllllantysiliogogogoch, etc. But I’d never been to Silly itself, a small Belgian town southwest of Brussels. Today I took the very sensible decision to visit as I passed en route to Paris.

Silly has a population of 8,500, and a pleasing list of facilities.

It’s a cultural place. What sort of works get an airing at the annual Silly Music Festival, I wonder?

And there’s a Silly Brewery, right there in the centre of town, opposite the Taverne de la Sille.

(The name of the pub and of the town comes from a nearby watercourse, the Sille.)

Well, I had to have a Silly Beer there, didn’t I? And very good it was too: a Silly Triple Bio, 9%, nutty and balanced and sweet, only one of which applies to me. And the taverne, I can report, was a friendly and sociable place, full of chatty locals.

Silly is a fairly unremarkable town apart from its name, but the area is pushing itself as a tourist destination with plenty of cycling and walking routes around the very gentle surrounding countryside.

The only downside was that my expected train out of the place never arrived. With no information boards at the unstaffed station, and no internet access, I had to pace the platform for an hour hoping the next service would turn up in time to get me to Lille, my destination tonight.

It did, but until it did, you can guess how I felt…