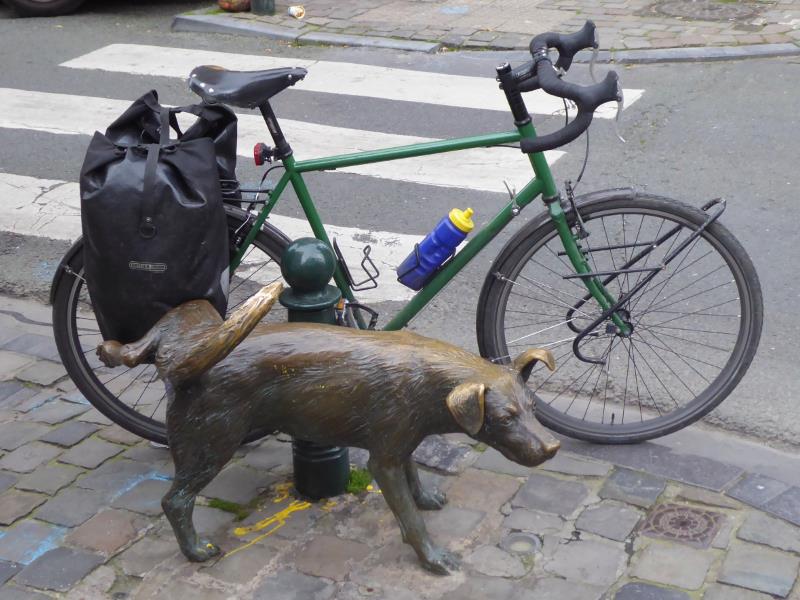 Last time I passed through Brussels, earlier this trip, I saw the Mannekin Pis in cycling gear. This time I saw his dog equivalent, but had to supply the bike interest myself.

The sculpture is called Het Zinneke, ‘the mongrel’ – a reference to the nickname Brussels’ melting pot people apparently call themselves. With York’s own weeing dog in mind I balanced my bike for a photo opportunity.

I stumbled on another piece of public art in my brief stay in the city: a splendid mural which (I later found out) celebrates the Tour de France’s Grand Départ here in 2019. It references two Belgian cycling legends: Eddy Merckx and Yvonne Reynders, who won several champs in the 1960s.