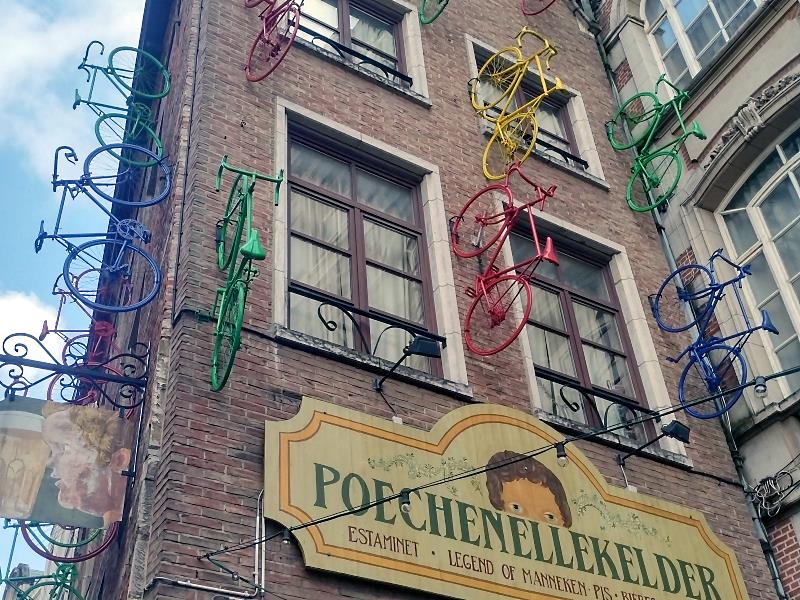 Brussels was only a stopover before taking Eurostar back home the following morning, but even though we were only walking the centre, we still got some cycling sights. Poechenellekelder, a touristy but well-rated bar lavishly endowed with Belgian beers, was also lavishly endowed with bicycles, adorning its facade to mark the Tour de France’s passage one time.

The bar was right opposite the Mannekin Pis, which is regularly togged out in different costumes. And today, thanks to a ceremony honouring bike racer Remco Evenenpoel, it was Belgian cycling gear, lycra shorts and all, albeit with a judiciously cut access slit.