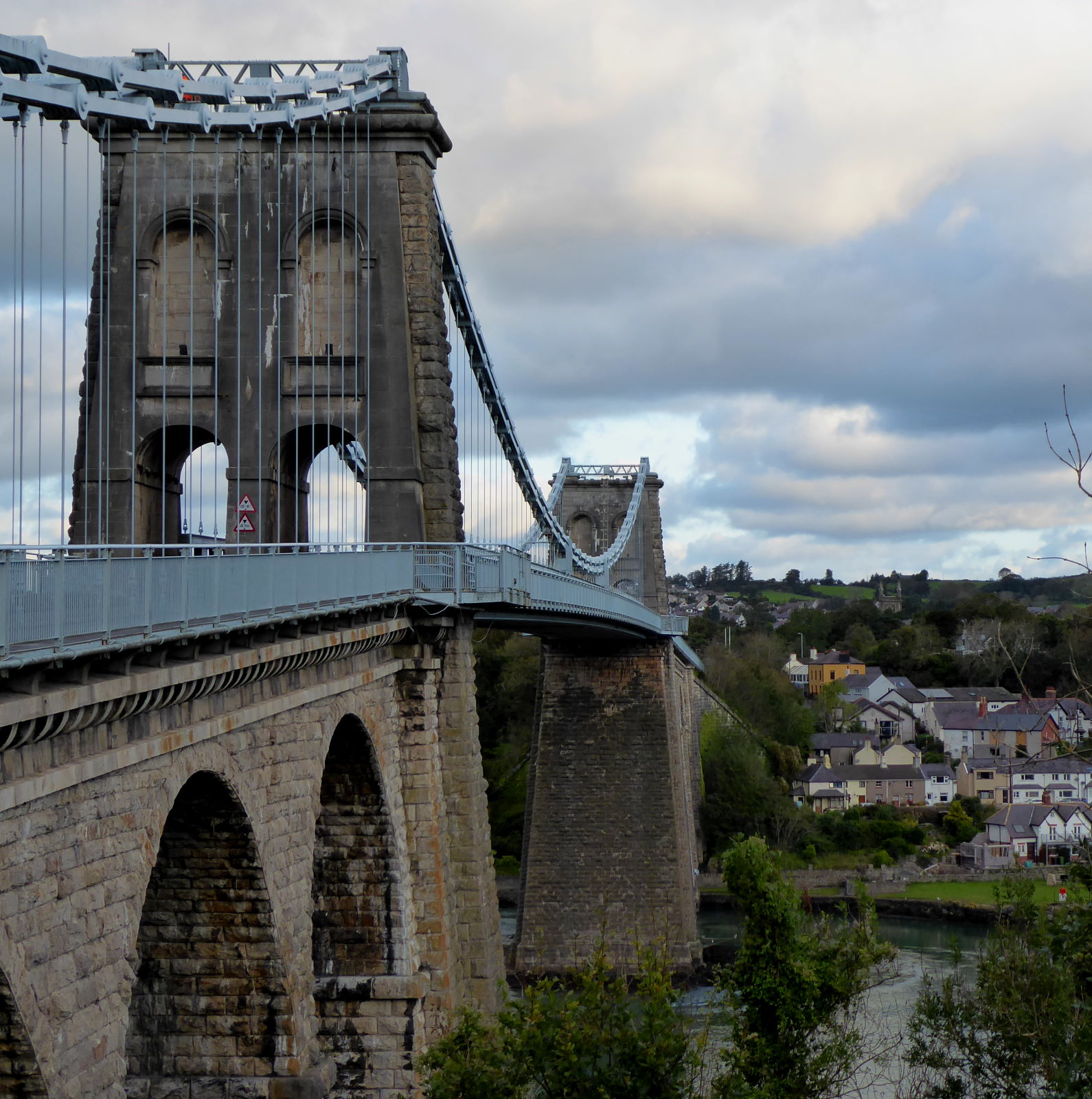 Partly this was because I cycled across the magnificent Menai Bridge (pic), one of the world’s first suspension jobs.

And also because I’d had no wifi, internet, phone or postal access in my Premier Inn. To communicate with the outside world I’d have needed smoke signals. 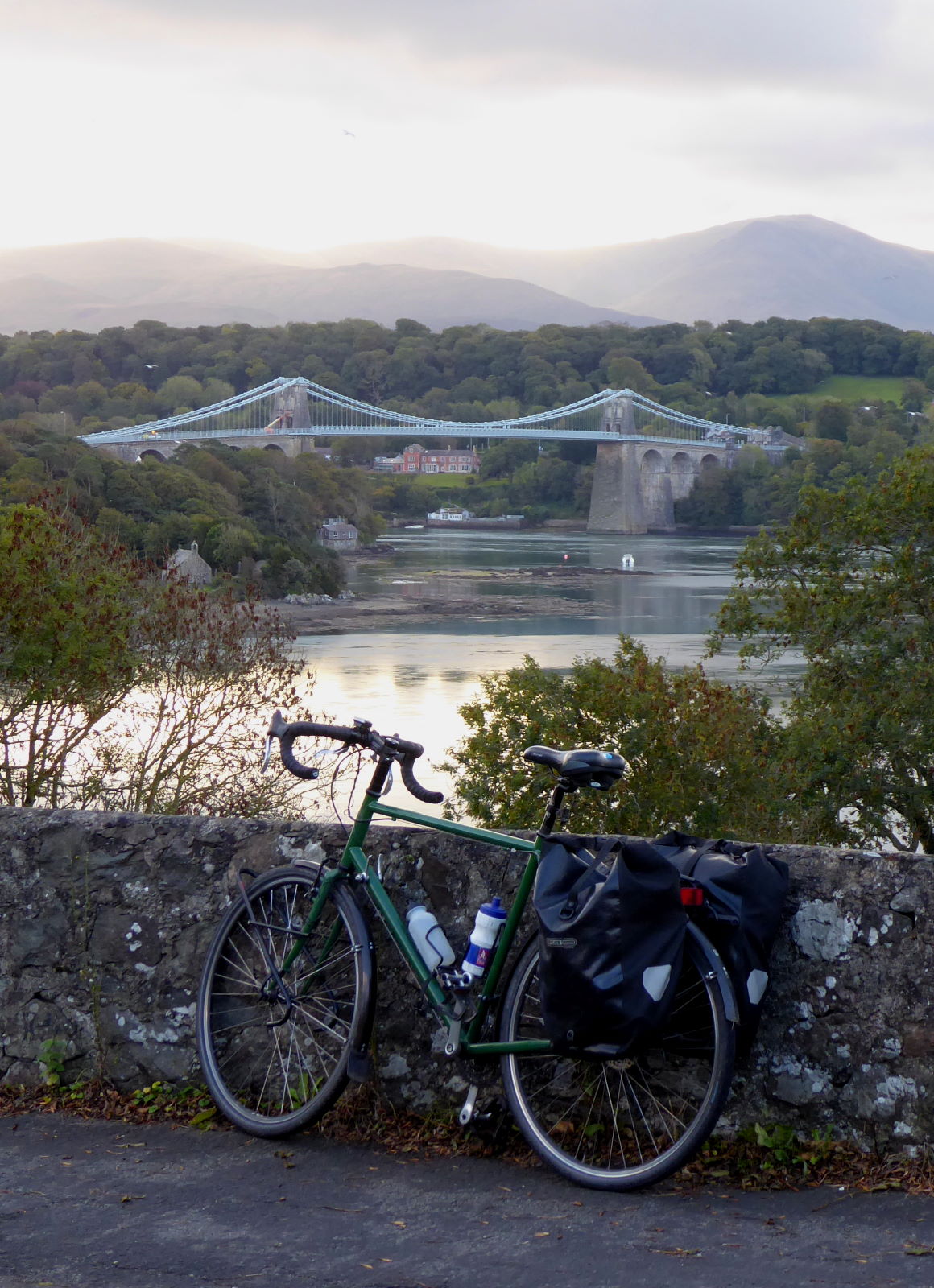 Once across, I was on Anglesey, and the last leg of my journey.

NCN8 threads it way across the flat island to Holyhead, but I’d decided to go along the more direct, faster, A5: a Thomas Telford work, like the bridge that I could see behind me (pic). 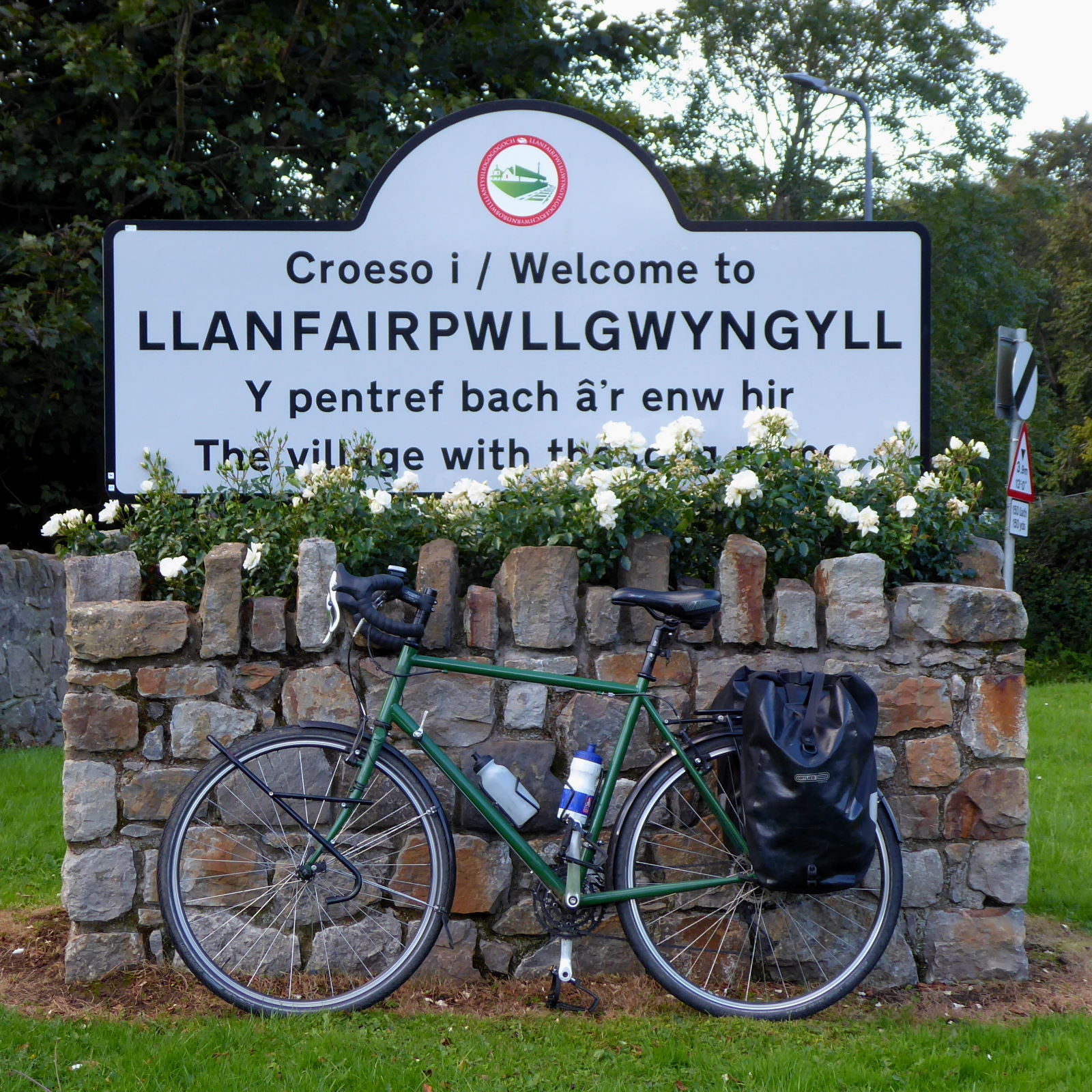 The first place you come to on the island is Llanfairpwllgwyngyll (pic) – or, as it’s commonly known thanks to a fancifully concocted lengthening by an unknown 19th-century joker, Llanfairpwllgwyngyllgogerychwyrndrobwllllantysiliogogogoch. There’s nothing official about the name, but plenty of silly people with nothing better to do than show off, such as me, have taken it to their hearts. 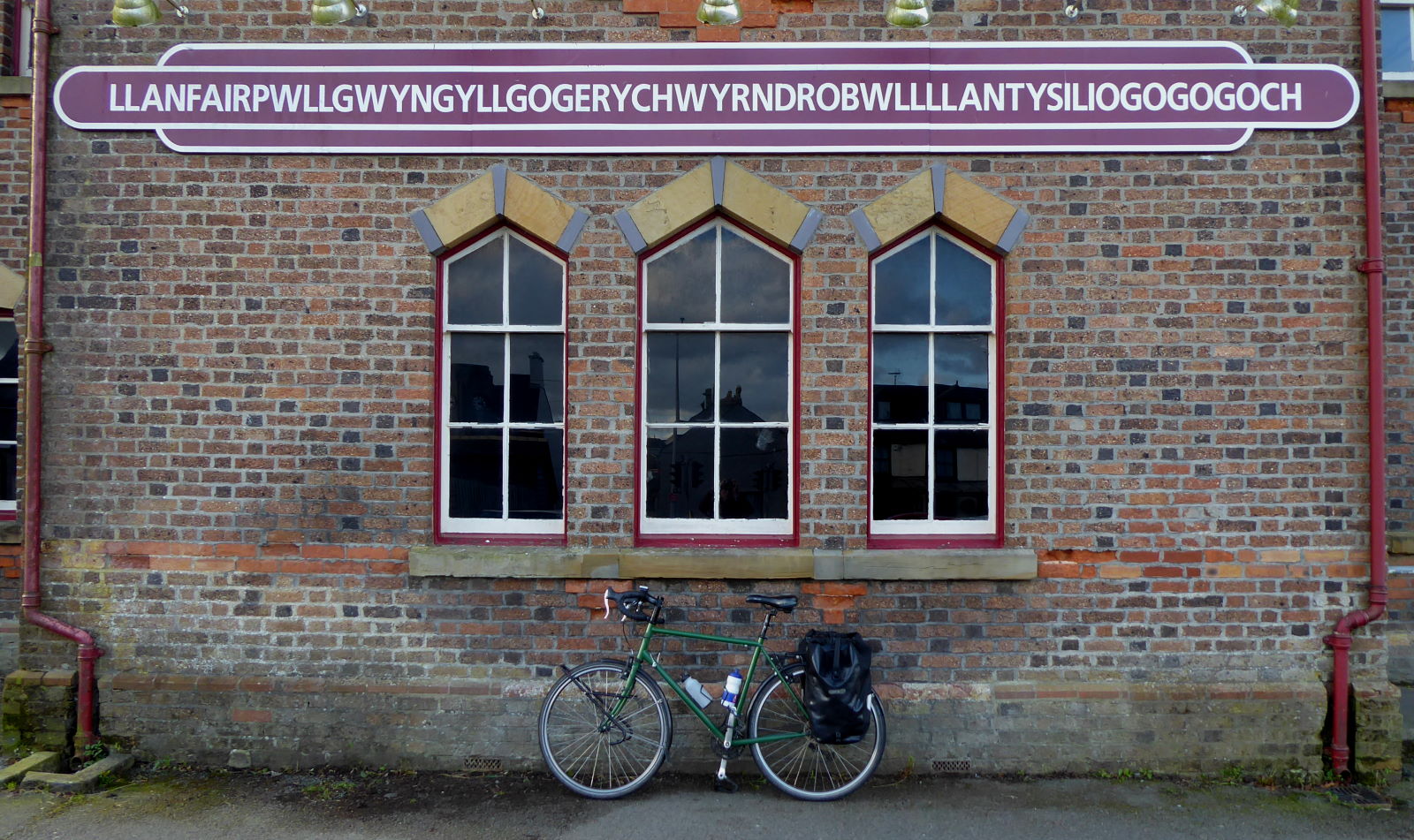 The train station joins in the fun, proudly displaying the long version (pic). No trains were stopping this summer because of the pandemic, but when they do, it’s a request stop. If you want to get off here, simply ask the guard to put down at Llanfairpwllgwyngyllgogerychwyrndrobwllllantysiliogogogoch.

I recall from a previous visit that a dry cleaner used to have the long form on its signboard too, but it seems that’s now gone. The only other place to go for it is the souvenir shop (pic). 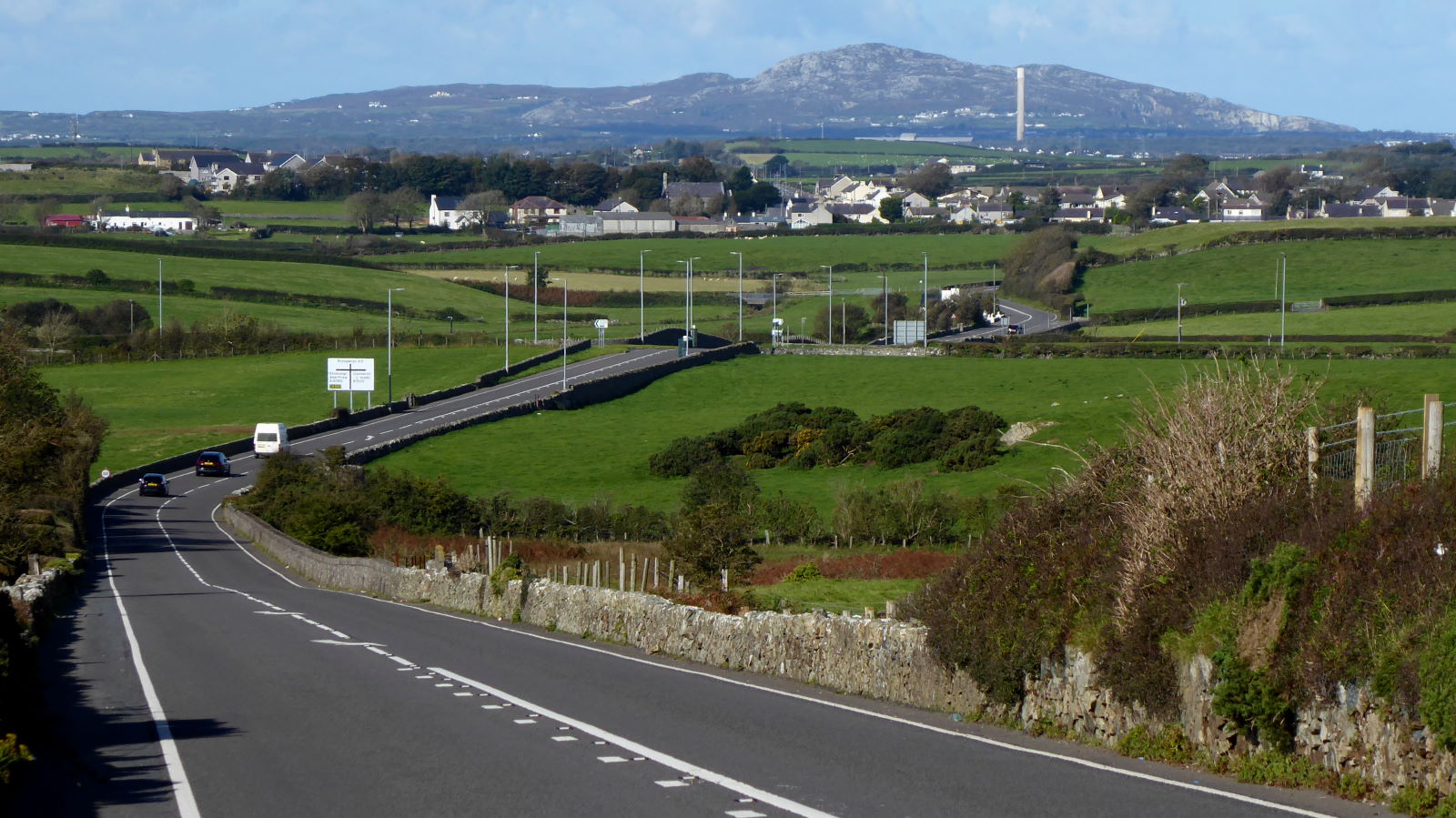 There wasn’t much traffic on the A5: the lorries and cars shuttling to or from the ferry terminal take the wider and faster A55 that runs parallel. This was what my morning’s journey looked like (pic). 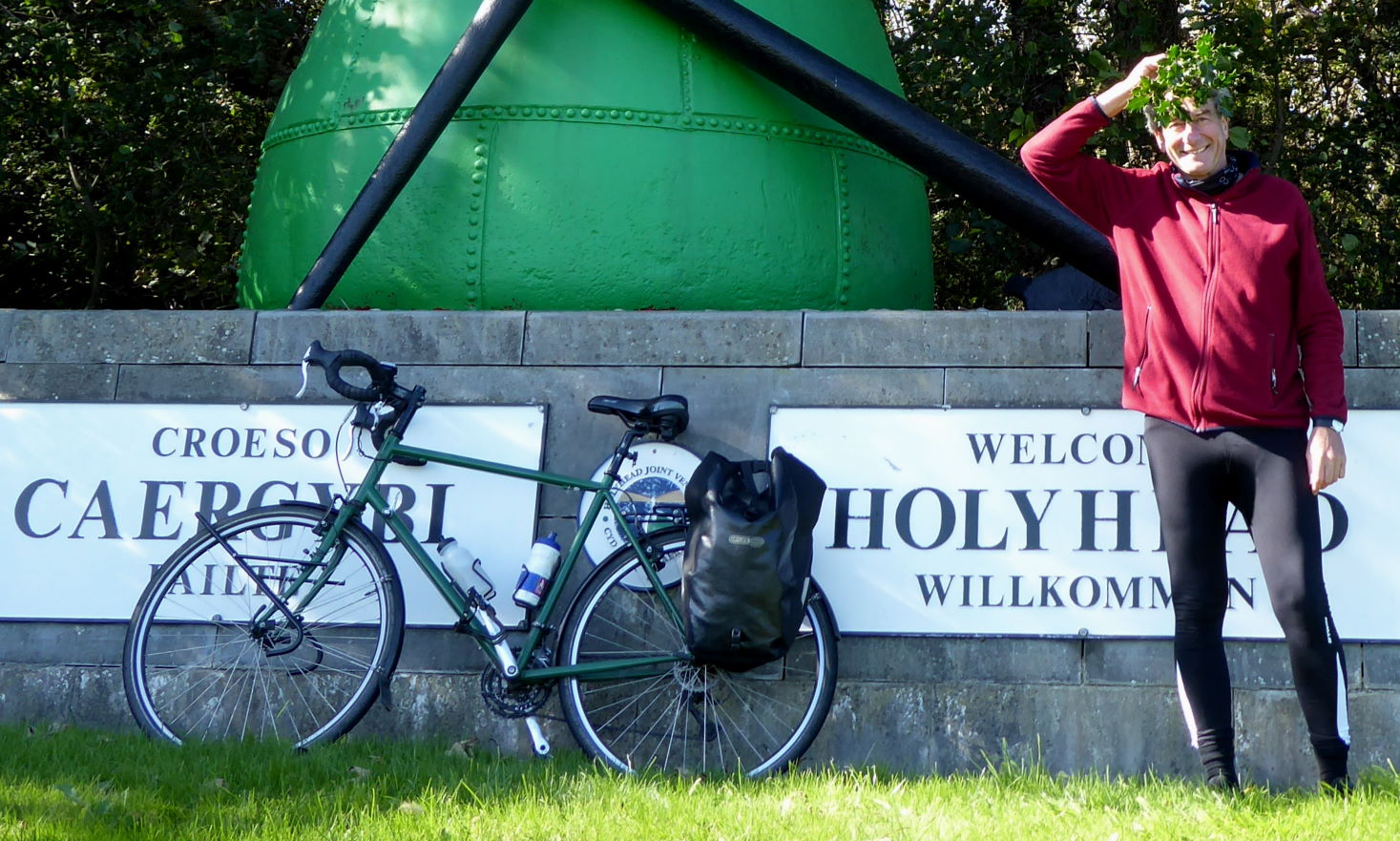 So, at last, I arrived at the sign for Holyhead. I celebrated by finding some holly (pic). 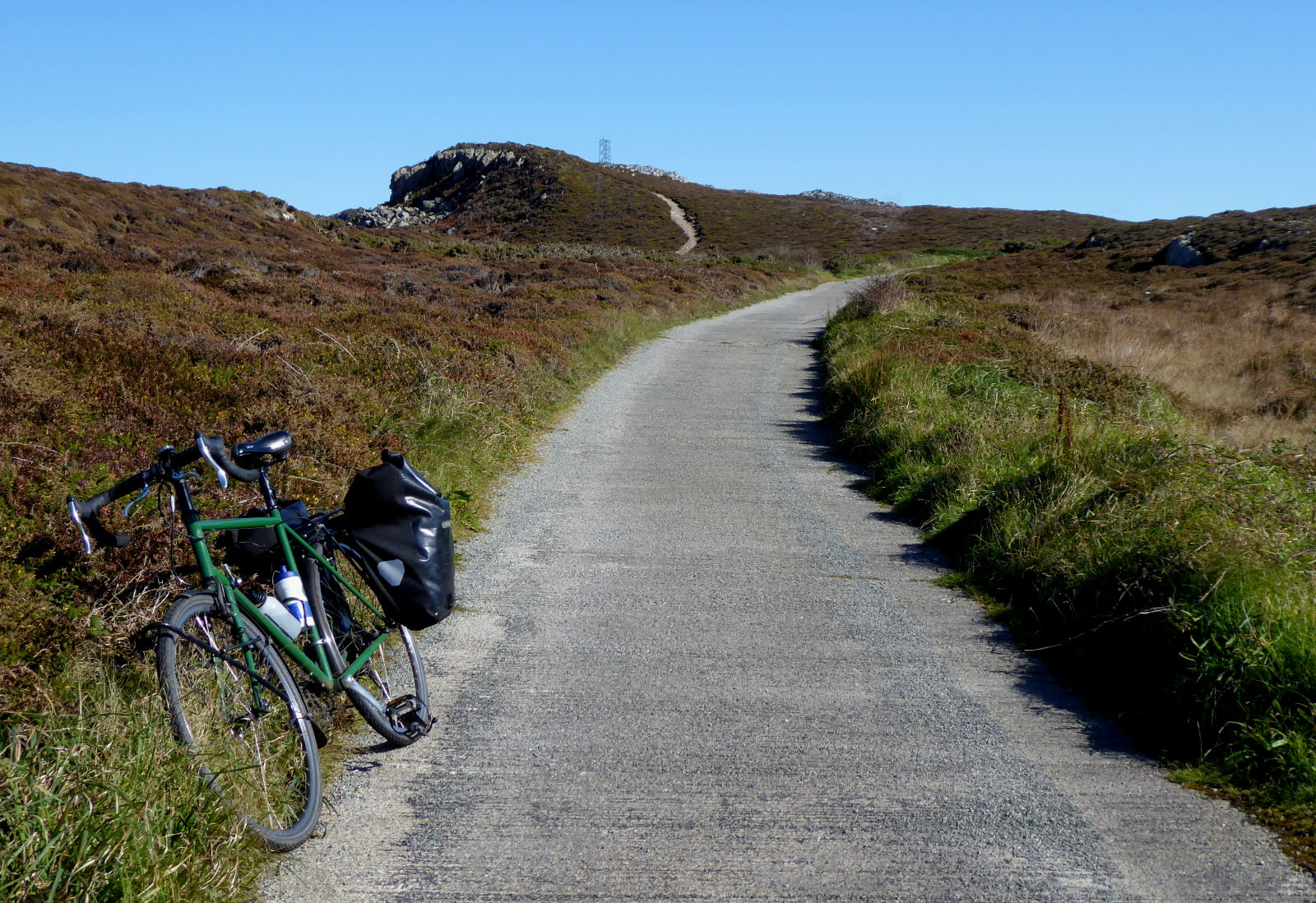 But it wasn’t quite journey’s end. The town is a bit dreary, little more than a characterless ferry port and cheerless railway station. So I carried on a couple of miles beyond through the hills… (pic) 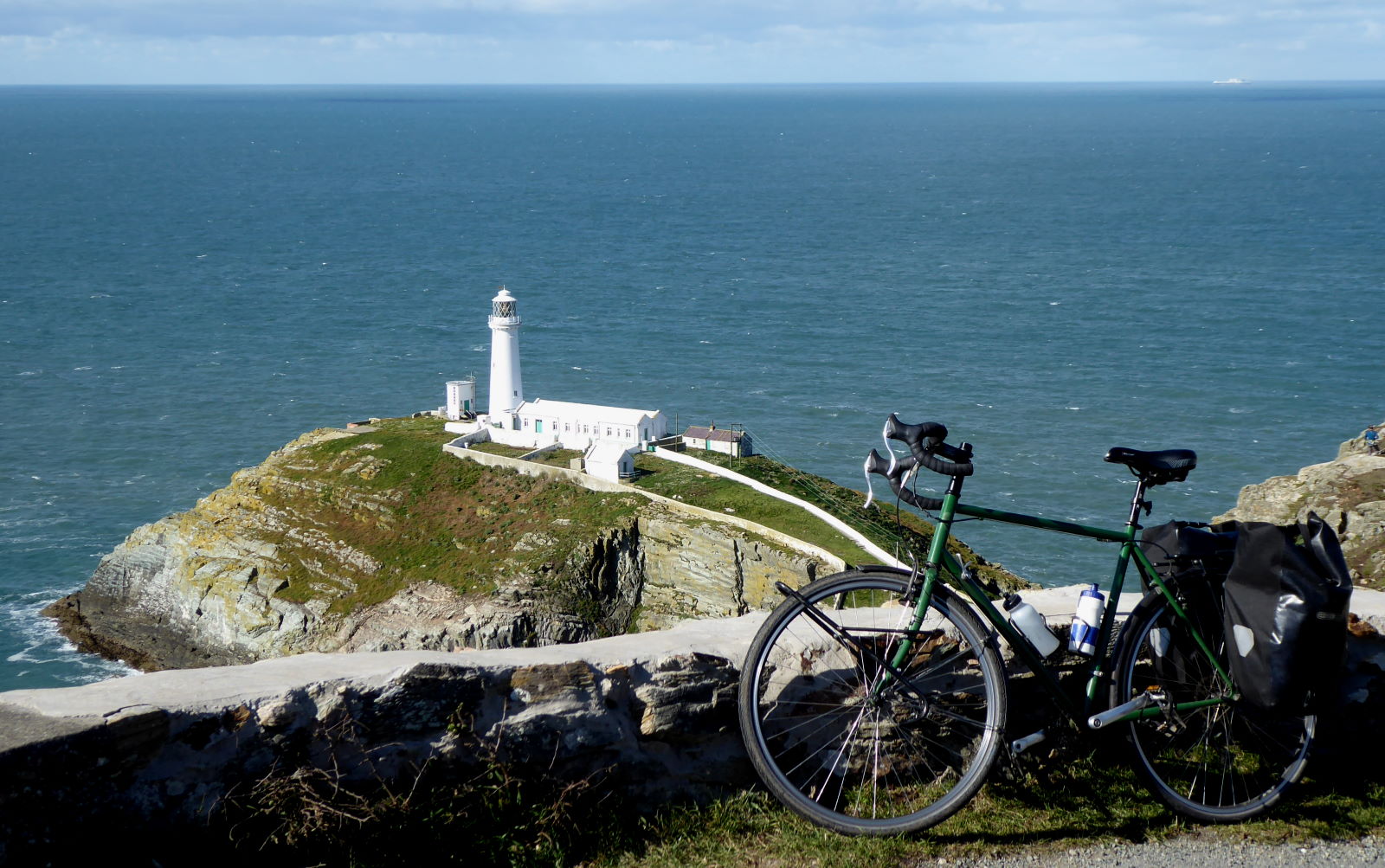 …to South Stack Lighthouse, a satisfyingly conclusive end to the trip (pic). On this sunny day the coast, with its fine views across the Irish Sea and down the cliffs to the south, was busy with walkers and sightseers.

It’s been a wonderful ride: six days of mostly good weather and always sensational scenery. Welsh hills and valleys have a characteristically rugged feel that’s quite different from England or Scotland, and I’ve thoroughly enjoyed this hilly Cambrian odyssey from corner to corner. The route deserves its reputation as one of Britain’s very best cycle-touring experiences. Lôn Las Cymru am byth!