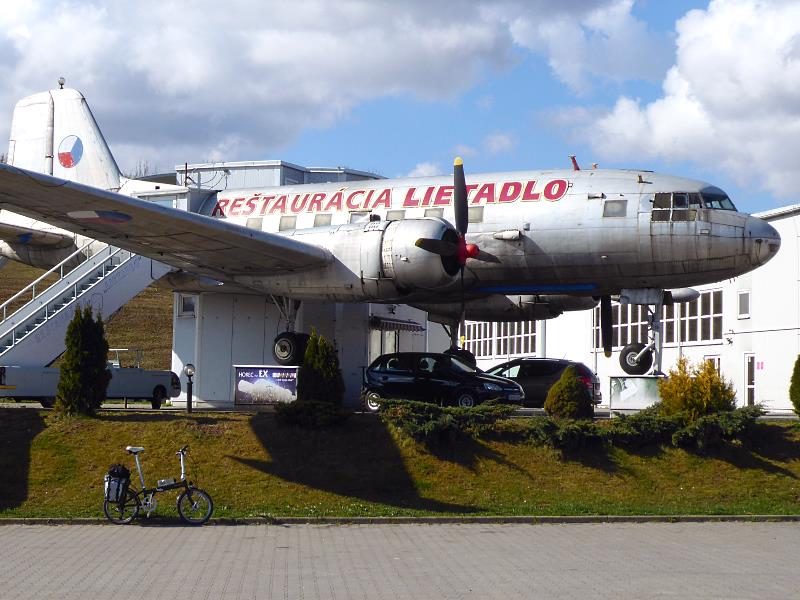 In one village, though, I did see a curious Slovak Easter tradition: a group of young men were throwing a bucket of water over a young woman. It is, apparently, an Easter Monday thing here. I’m not sure the #MeToo people would be impressed by it. I wasn’t either, even though all concerned seemed to be OK with it.

Anyway, it was sunny, and the traffic was sparse, and I pedalled and pedalled along the flat shoulder of the main road. Hills came and went in the distance. It all felt less like Eastern Europe and more like Dumfries and Galloway.

Well, until I saw a stork family in their massive nest up a village pole. You don’t get many of those in Britain.

Today was short, only 30 miles. Too short, really, as it turned out. I arrived in my destination of Vranov nad Topľou about noon, with nothing open and nothing to do except check in to my apartment. At least back in Prešov and Košice there’d been a few cafes and restaurants open for the hungry.

So it’s been a bit of a nothing day. But such is part of End-to-End-ing. You can’t have flow without ebb, peaks without troughs, Morecambe without Wise. You have to embrace the also-rode days, and understand they’re a necessary part of the totality, even celebrate them.

That said, I’ll be very happy when cafes, bars, supermarkets and restaurants are open again tomorrow…