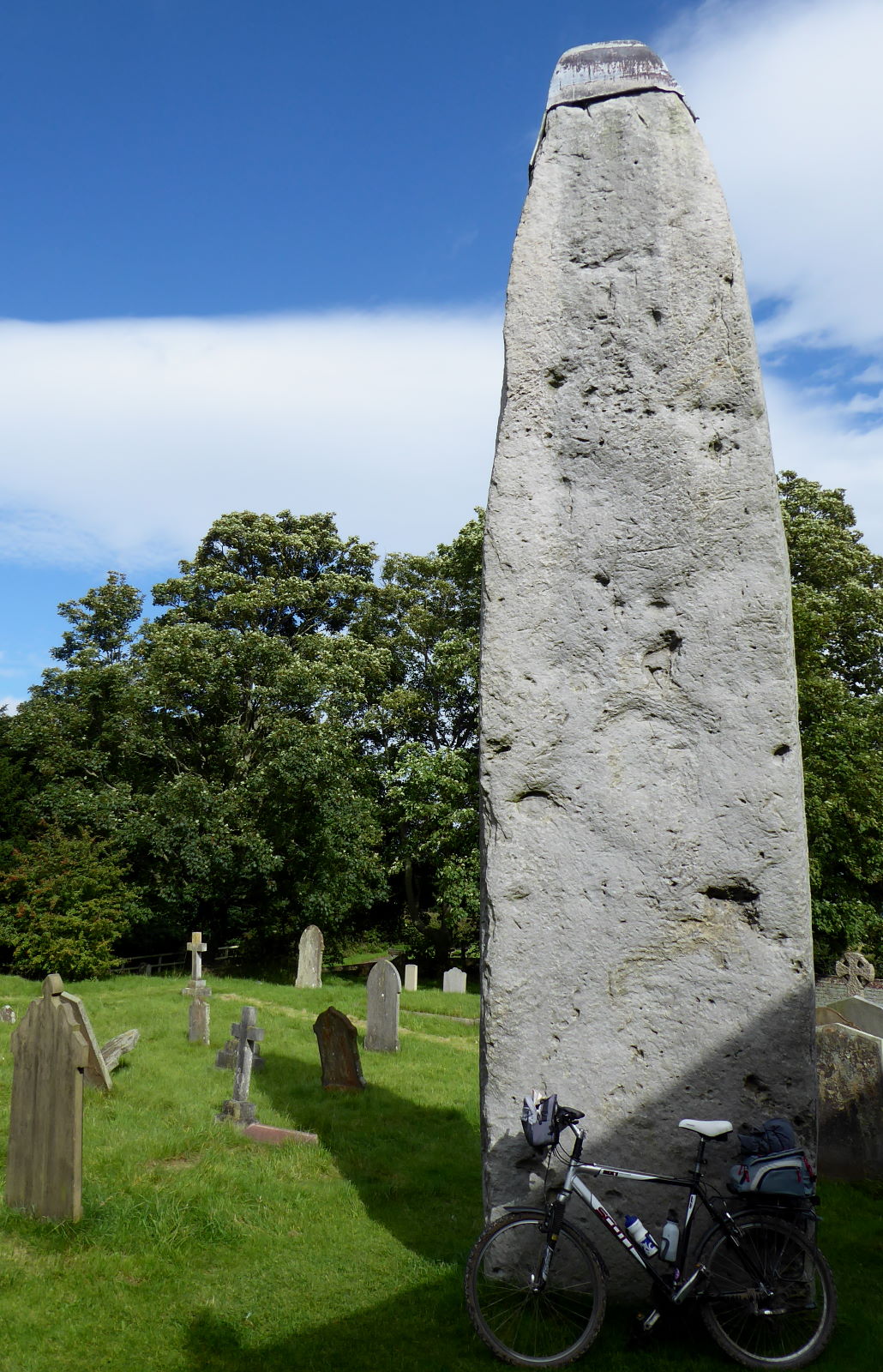 One day I’ll write a book about how you don’t need to visit the rest of the world to see the sights. We’ve got our own, better, more convenient versions here.

Uluru? Waste of money – visit Cronkley Scar and tramp freely to the top.

‘Rest of the world’ means ‘outside Yorkshire’, of course. So why bother heading out to southern England to see Stonehenge when you can hop to Boroughbridge to see the Devil’s Arrows?

Anyway, today I added yet another world-beating sight to Yorkshire’s impressive list of cyclable wonders, that rivals those Arrows as a Stonehenge alternative. The Rudston Monolith is a mighty standing stone, Britain’s biggest such in fact, in a churchyard in the village of that name just outside Bridlington. I swung by the monument while cycling from York to Brid along the old Roman Road (and eating only Roman-era food), which I detail in a separate post. 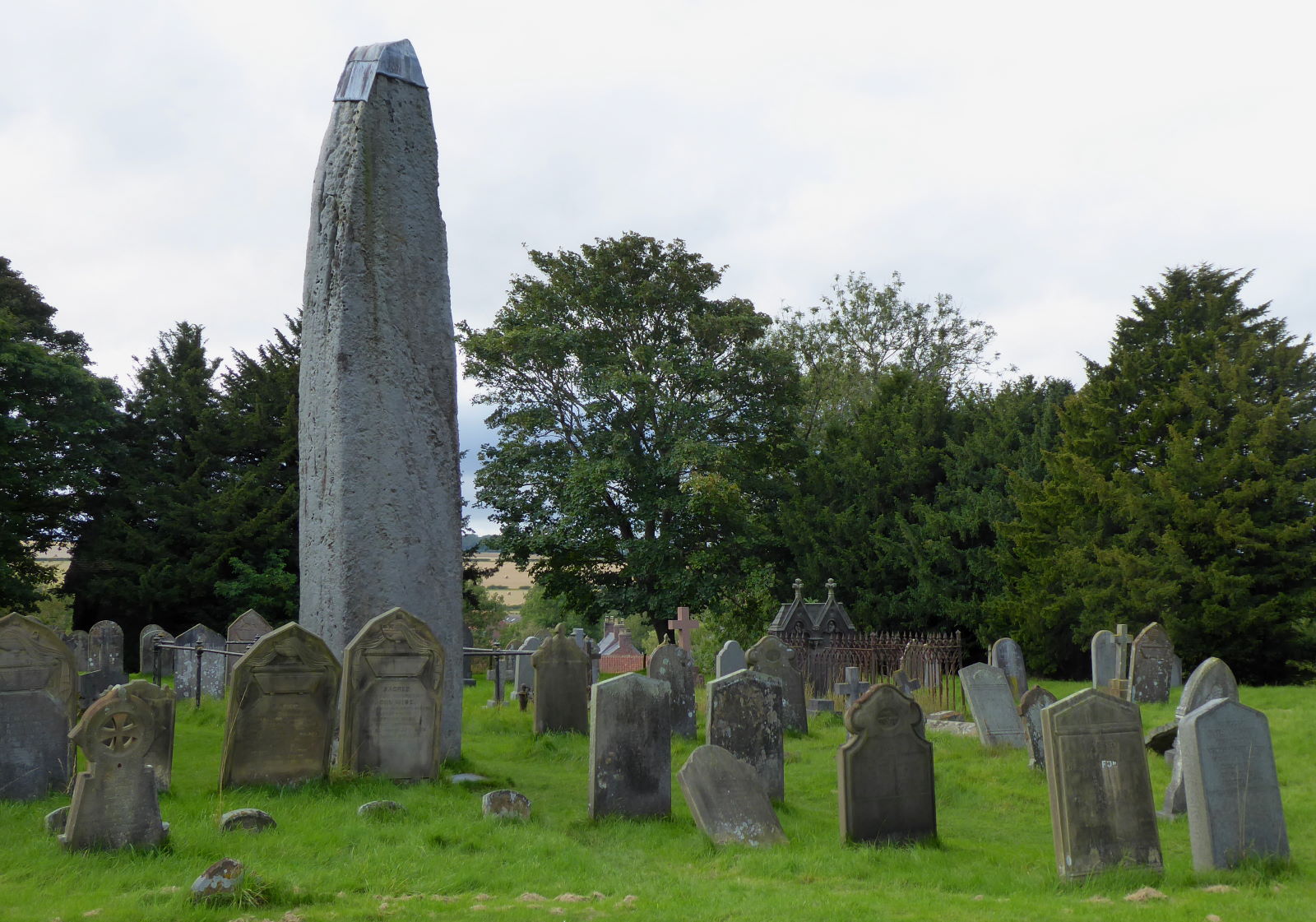 The 7.6m (26 foot) slab was set up around 4000 years ago by neolithic locals. At first glance, you might think the stone – towering over the graves – marks the resting place of a particularly competitive architect of London tower blocks. 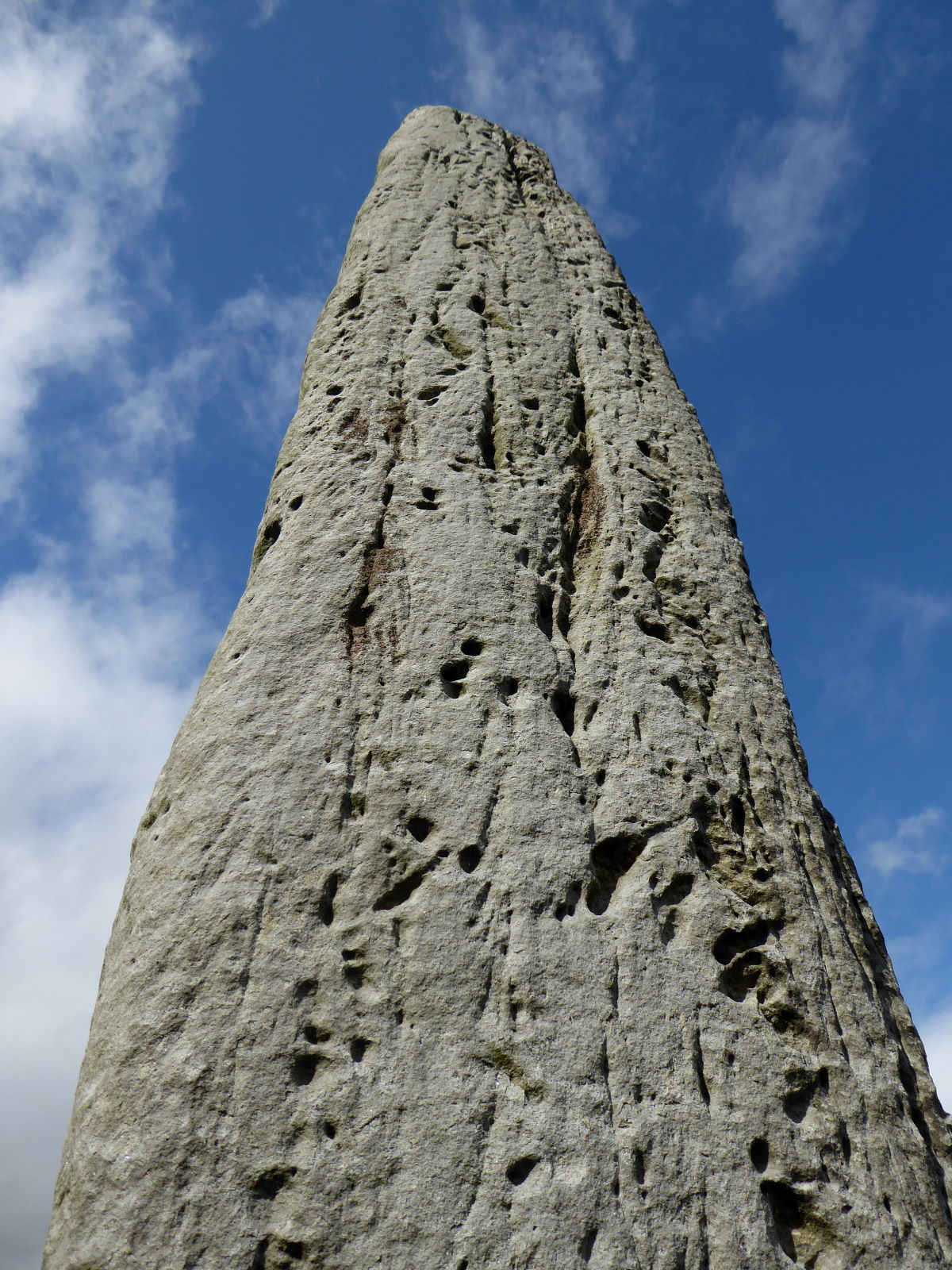 What is it? Why is it there? The nearest source for this sort of stone is ten miles away. Maybe those neolithics carted it here, or perhaps it had already been delivered by a glacier.

In short, the stone is a riddle, wrapped in a conundrum, parcelled up inside an enigma. The mysterious mystery of the monolithic monolith.
Whatever the monolith was, it was clearly a major project: there’s as much of the stone underground as there is above, one 18th-century digger reckoned.

The markings on one side used to be thought to be dinosaur footprints, but sadly recent research suggests not.

Apart from the stone there’s not a lot to Rudston, though in Roman times there was a villa nearby. Its floor mosaics were unearthed during farming work in 1933; they’re now in Hull museum, but they’re a bit rubbish. There’s no trace left of the villa now.

The local boozer, the Bosville Arms, almost disappeared without trace too. It recently closed and was about to ‘be redeveloped’, ie lost forever.

However, happy to report, the village saved it, bought it, and are setting it up as a community pub – and they’re looking for someone to run it. Though you’ll have to make a better effort than the ham-fisted bodger who did the mosaics.

Which local brewer will be quickest off the mark to make a Rudston Monolith beer…?