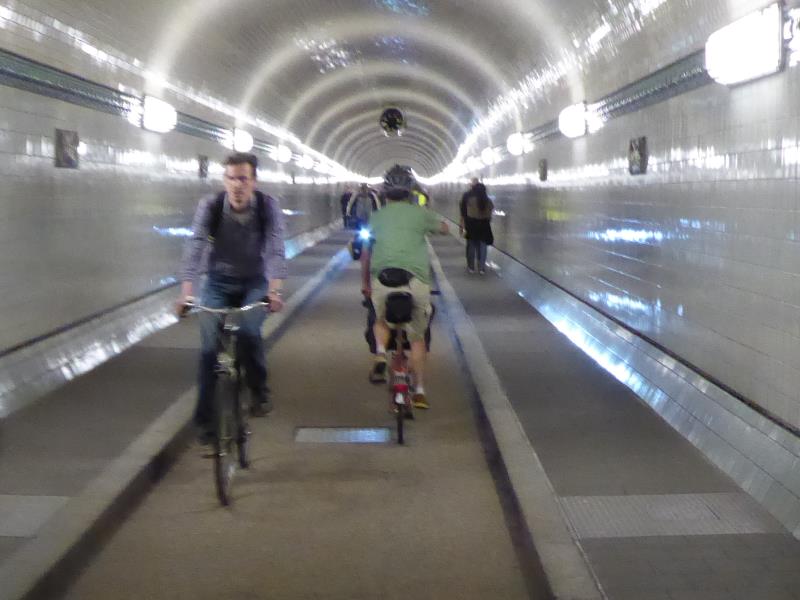 A day mostly on trains, which showed that Dutch and German services can be just as delayed as British ones. (Well, they’re the same owners, so maybe no surprise there.) There’s delay repay over here, but as we’re Interrailing, even if we got back what we paid that would be nothing.

Anyway, we’re en route to Copenhagen and overnighting in Hamburg. Even though we arrived two hours late, we still had plenty of time for leisurely circuit of the city in the early evening skilfully planned by Nigel.

We enjoyed one of the city’s famous big-budget landmarks, a mighty architectural project popular with the public but with weird acoustics. No, not the Elbphilharmonie concert hall, but the 111-year-old peds-and-bikes Elbe Tunnel – thronging with cyclists of course. This was part of a trundle around typical Hamburg sights: grand Hanseatic buildings, waterside factories, roadworks etc.