Easingwold, a dozen miles north of York, is a pleasant market town (pic) – pubs, handsome square, friendly local vibe, farmers chatting by the bus stop – but is unlikely to make those tedious ‘1000001 Places to Visit Before You Die’ lists. Yet it has one very odd, virtually unknown, attraction, and that was why I came up today.

I’d passed through once before, riding Sustrans’s White Rose Route. My seat post had broken on the way in, but despite it being Easter Sunday, I managed to buy a replacement from a shop that sold lawnmowers. Alas, the White Rose Route is no longer signed or supported by Sustrans: evidently, the allure of a cycle ride linking Hull and Middlesbrough had as much staying power as my old seatpost.

I came today to explore Post Office Slip, a back lane running north off the market square area from Costa Coffee. It’s one of the narrowest alleys in Britain, and probably the most challenging to pass through. Because the Slip is a bizarre human-sized catflap, cut out of the corner of a house where its edge butts up against another (pic: it’s in that corner in the middle of the photo). 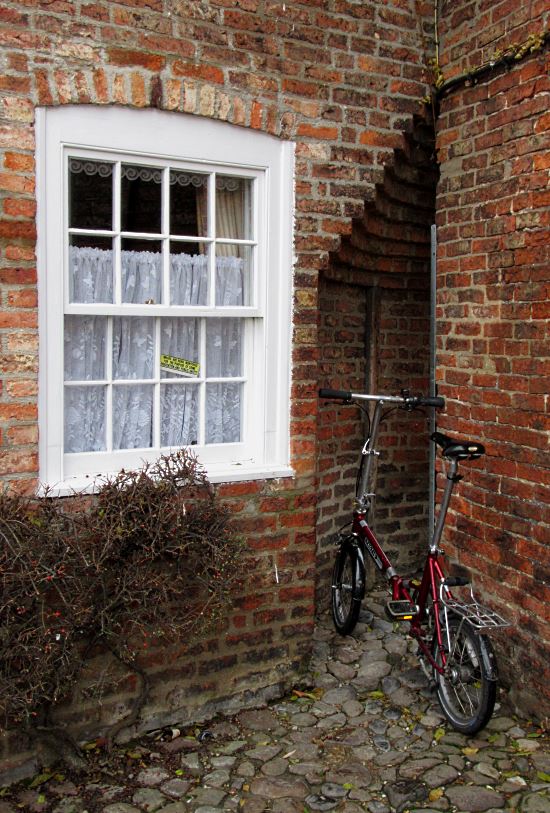 Yorkshire being Yorkshire, we have the best of everything, of course. Forget anything you’ve heard about Temple Bar in Port Isaac being the squeeziest thoroughfare in the land: that’s a roomy 18 inches 46cm wide, while Dog Loup in Staithes, up the coast from Robin Hood’s Bay, gets down to 15.5 inches 39cm.

I reckon Dog Loup is the narrowest in the country. But while Post Office Slip isn’t numerically as exiguous as Dog Loup or even Temple Bar, it’s certainly more constricting, thanks to its shape (pic). 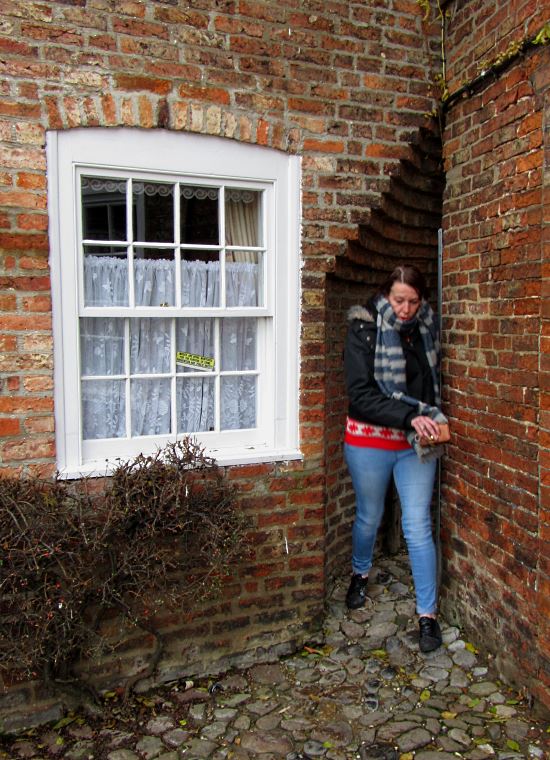 That’s because the Slip narrows at the top, so at my head height it’s only 8 inches 20cm wide. It’s in regular use by locals heading down to the shops, who are used to ducking and sashaying sideways to get round the attenuated bend (pic).

Easingwold is one of those towns where everyone knows everyone (…’s business). As soon as I parked my bike and started snapping, the lady in the house to the left popped her head out the upstairs window and asked me, in a perfectly friendly way, what I was up to.

Then her neighbour, from the house on the right, came out and did similar. She has to put up with shopping-laden locals and backpack-toting visitors bumping against the wall as they clamber through, which makes for a constant noise inside her living room. 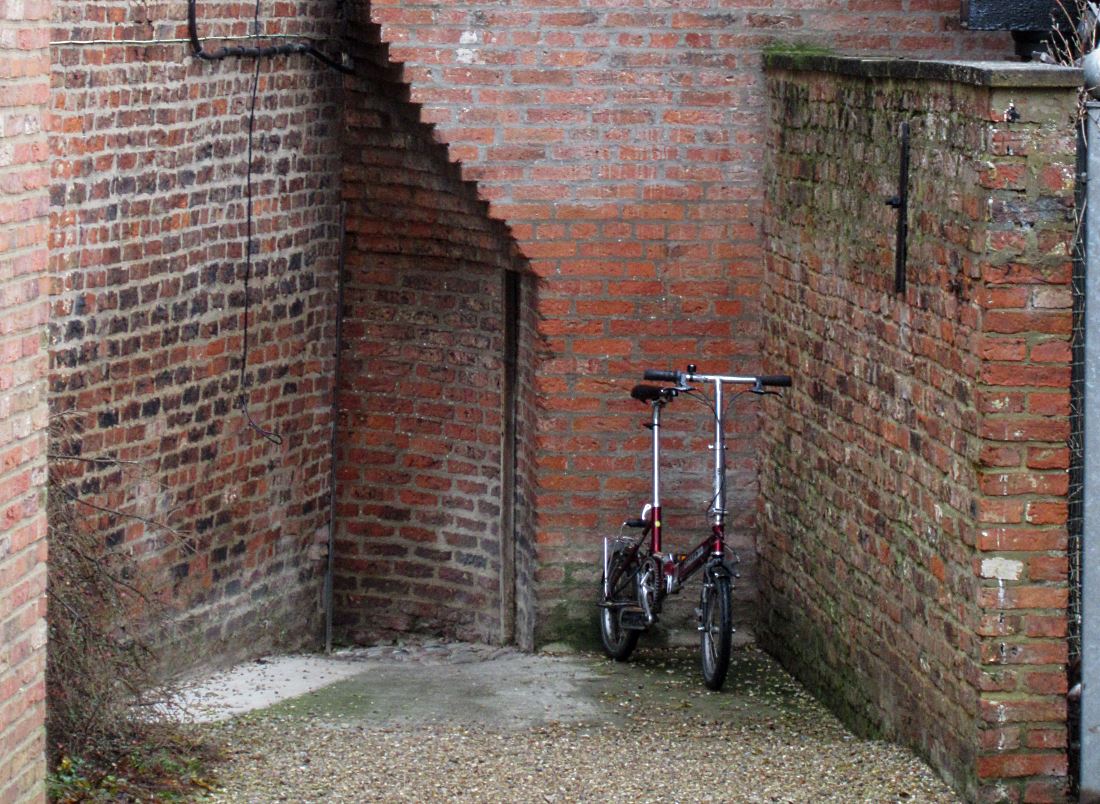 Another local to quiz me on my intentions, as she bobbed and weaved through the aperture, informed me that the area behind used to be a printworks and orchard, and that the Slip’s needle-eye causes regular consternation to electric wheelchair users unfamiliar with the area, and to buggy-toting local mums, who demanded that the council enlarge the passage by lopping off a few inches of each house. Approaching from the other side, the way through isn’t even visible (pic).

Post Office Slip is a public right of way for pedestrians, legally cyclable in theory but not in practice. My town bike’s handlebars are 24 inches 61cm wide, clearly too big to fit, as are those of the local kids’ bikes.

Luckily I was on my folder, whose bars are considerably narrower, but it was still easier to fold up the bike to get it through (pic).
Easingwold’s residents are clearly proud of their tiny thoroughfare. And it wasn’t the only thing I managed to squeeze in while I was there. I also managed to cram in a pint, in the George Inn, while waiting for my bus back to York.