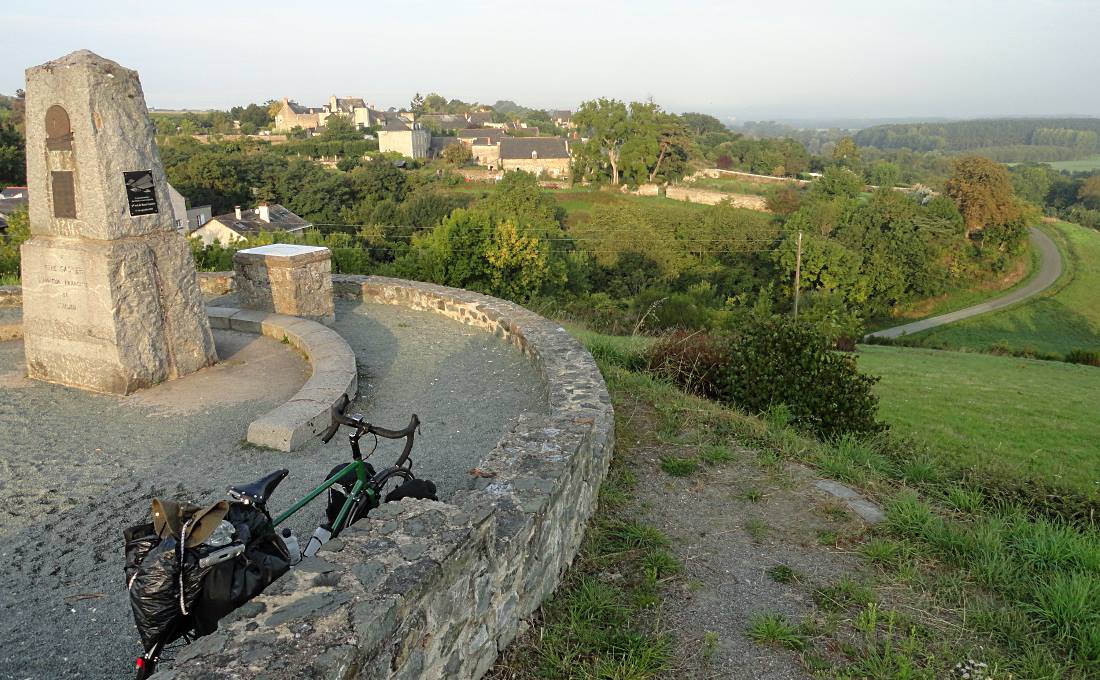 Best day of the trip so far, mostly spent dawdling alongside the Loire. Which was pretty misty in the morning chill, but once away from Chalonnes, there were some fine views over the valley (pic). You can see why hot-air ballooning is big in these parts. One of our friends got married in a hot-air balloon – partly for the thrill, but mostly because space prevented them from inviting any of their feuding in-laws. 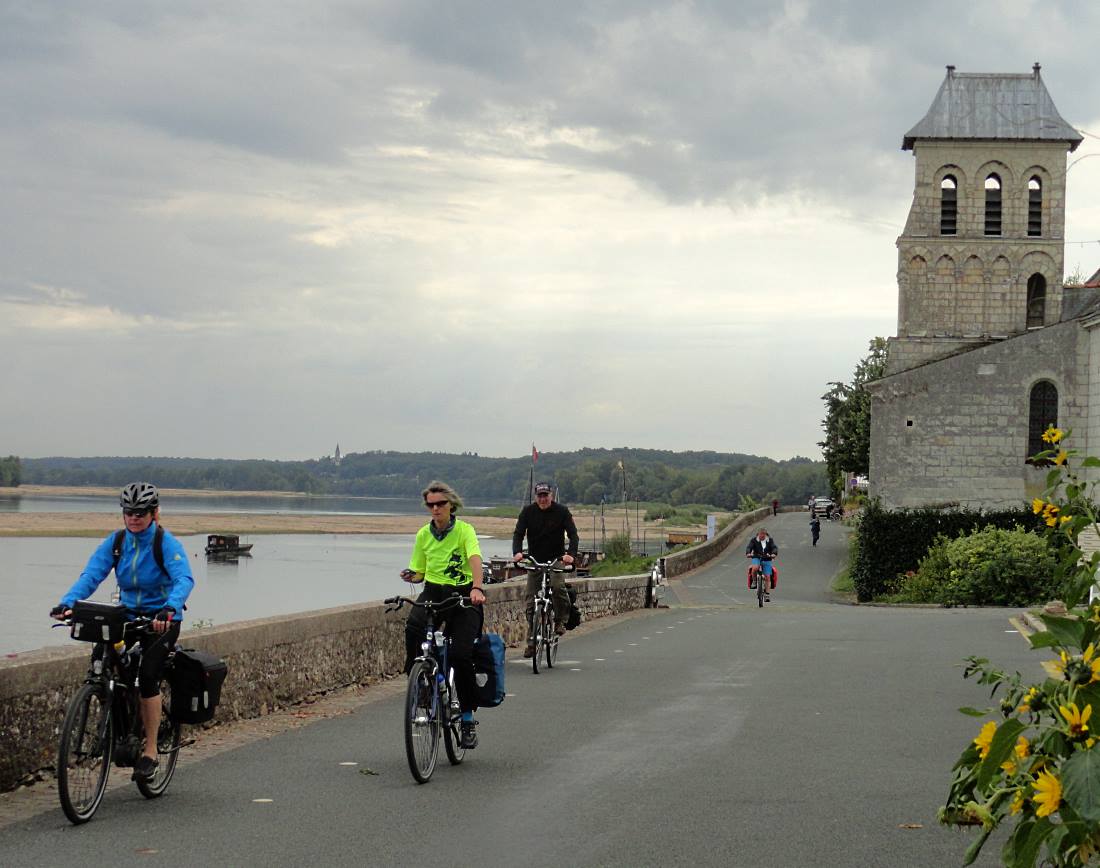 Much of today’s route coincided with the popular Loire à vélo path, and there were countless other cycle-tourists plying the same roads and lanes (pic). The scenery and cycle infrastructure is clearly something to do with it. To judge by the restaurants I saw en route that were packed out with cyclists, food and drink may be a factor too. 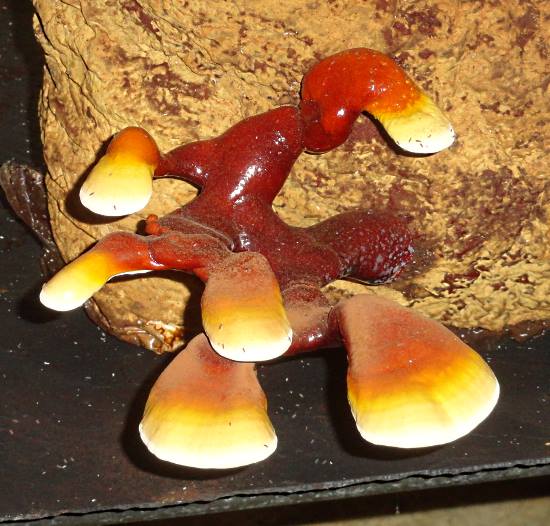 Being something of a fan of fungi, I dropped into the Mushroom Museum. It has thousands of examples of brightly-coloured specimens from around the world (pic), including the very rare blue mushroom.

But, alas, for every eye-catching mushroom described as bon comestible, there was an almost identical one next to it tagged toxique.

The most dramatic of these is perhaps the Death Cap, one of which is ‘enough to kill an entire family’, we’re told. Mind you, I can think of a few families. 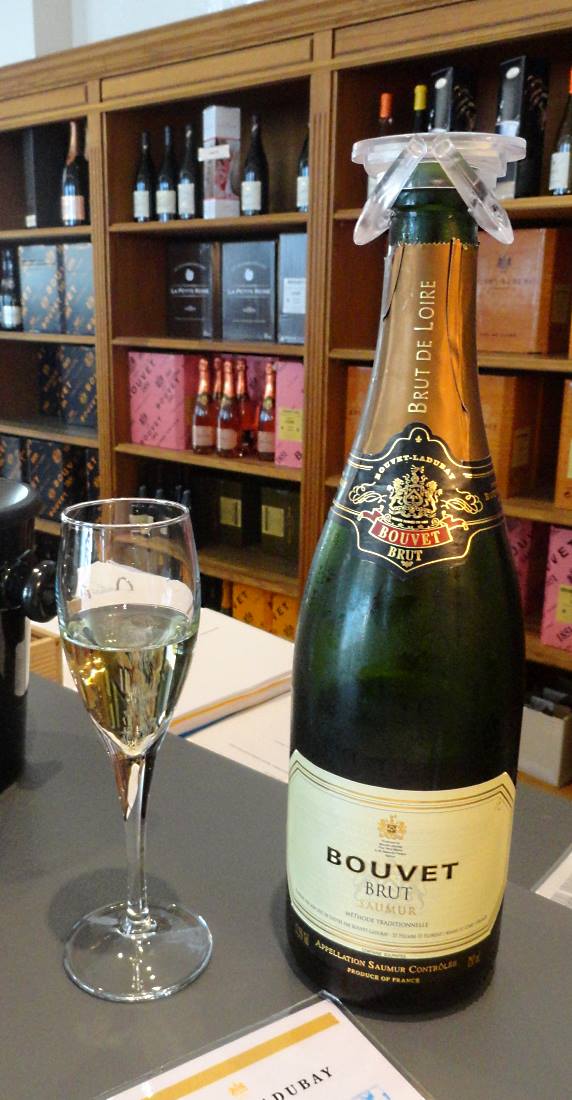 Until I crossed the Loire, there were no vineyards at all; post-Loire, there’s nothing but vineyards, all offering free tastings.

Heroically, I only dropped in on one: Bouvet-Ladubay, just outside Saumur, a specialist in sparkly whites that you can’t call ‘champagne’ but clearly are.

The brut was lovely (‘fruity, apple notes, oat biscuits, toast’, read my rather shakey notes) and the crémant even nicer, once the initial rush of fruit juice had subsided (‘soft, creamy, bright and sweet, ?pear drops, ?lemon’, continues the wobbly script). 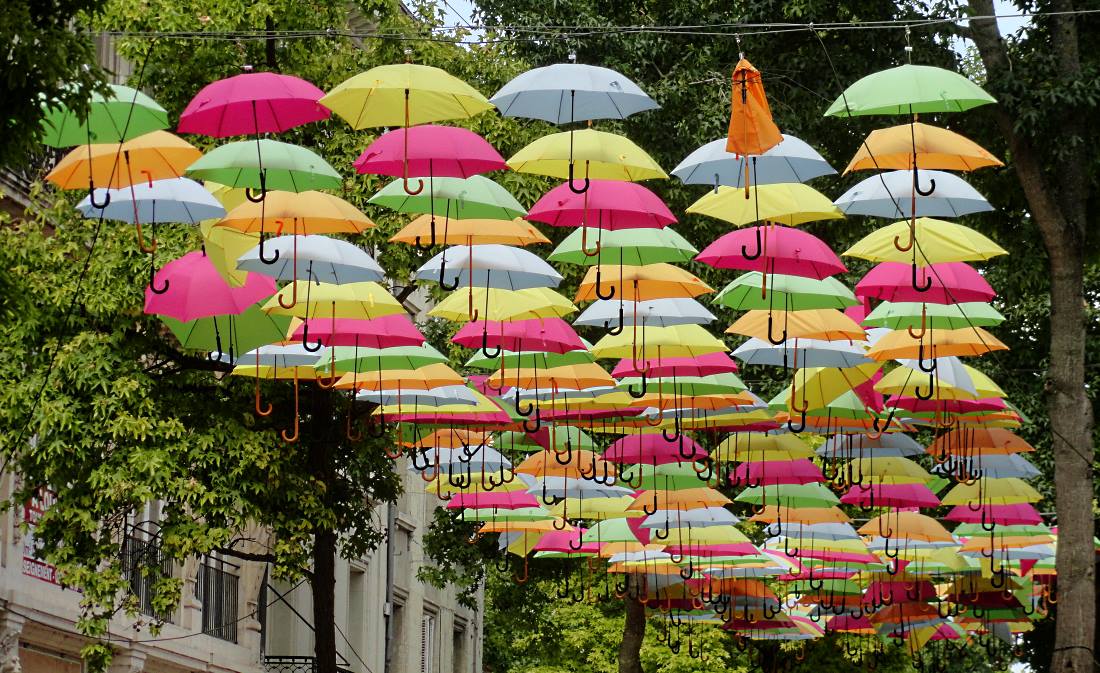 Saumur centre-ville also boasted this eye-catching display of umbrellas above one street (pic). No idea what’s going on, but I certainly approve. 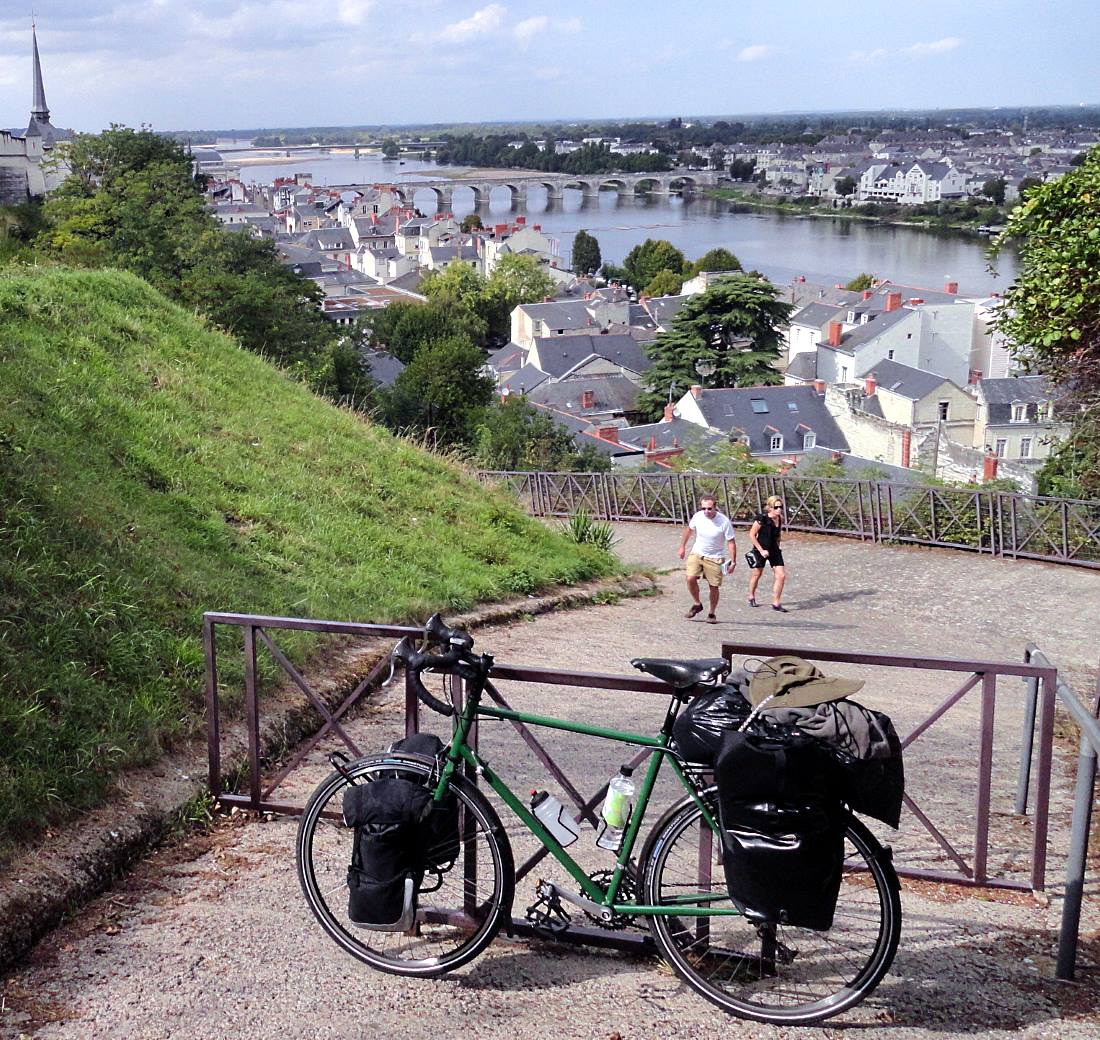 Up by the castle in Saumur was this fetching panorama of the Loire (pic). From here it was a lovely riverside spin to Montsoreau, with a campsite that caters generously for cyclists: free cabin upgrades! I like cycling in France…