A mixed day of sunshine, lots of cool cloud, the odd headwind, and drizzle. It made me homesick. 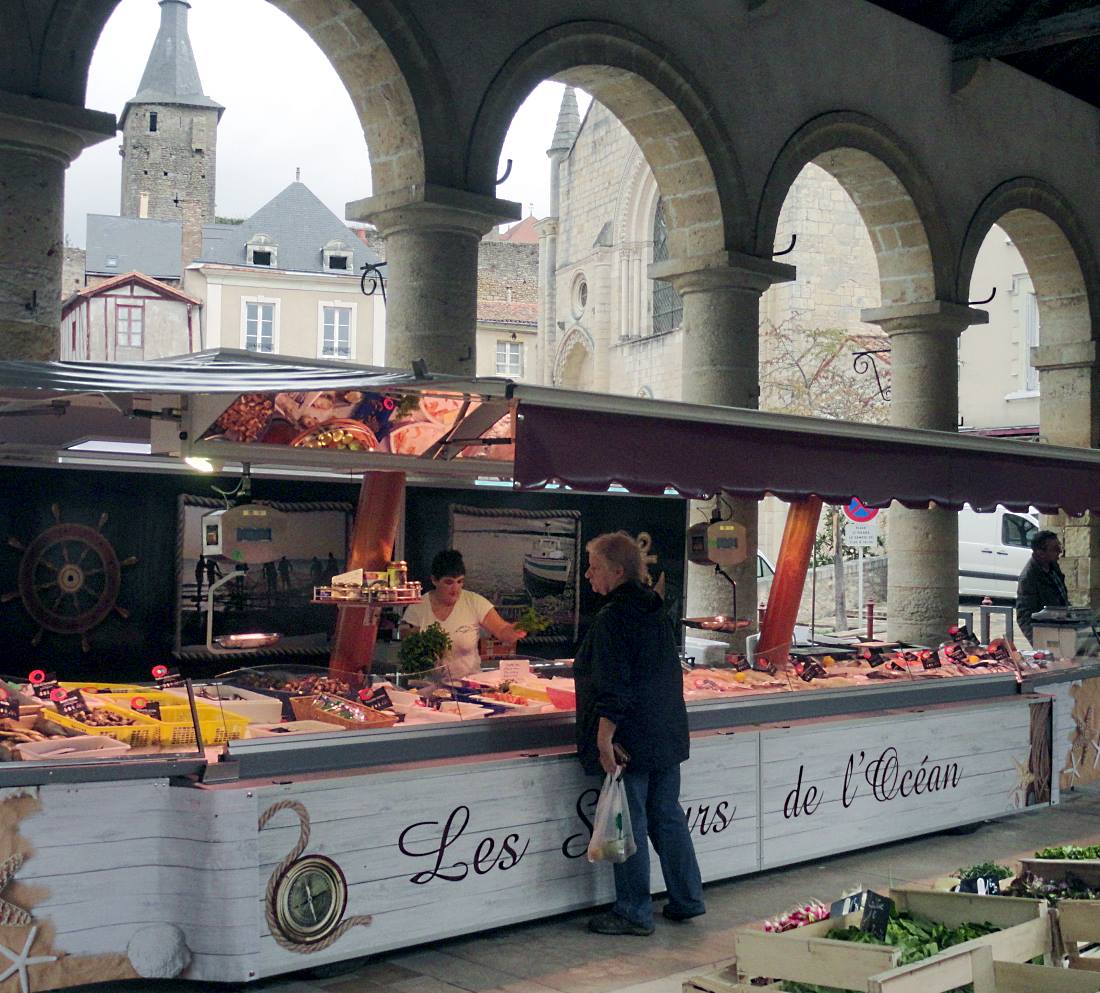 Plenty of interesting historic towns and villages to ride through, though. At Airvault I dodged a shower by having lunch in the fine covered market (pic) which was busy with the Saturday marché. It’s about the most activity I’ve seen anywhere in rural France. Everywhere is usually closed because it’s too early (ie before lunch) too late (ie after five) or else they’re on lunch break (which lasts till five). 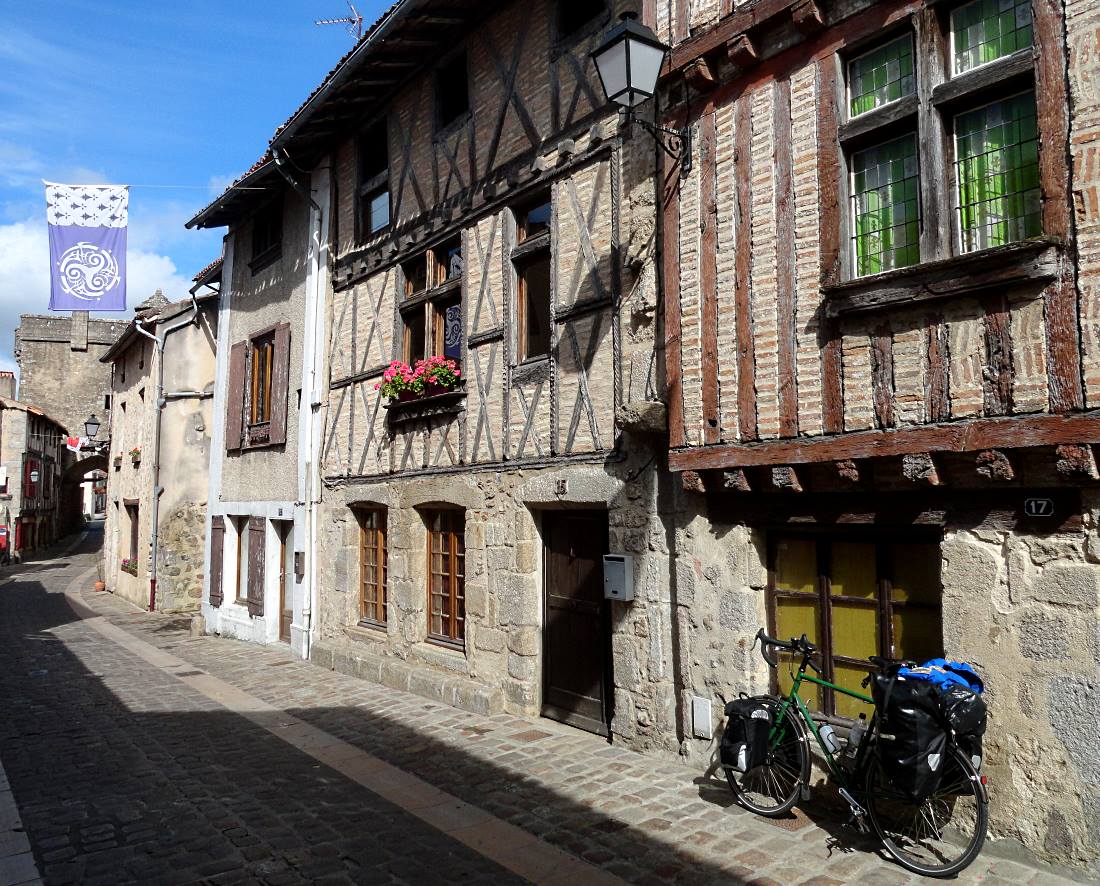 I ended the day at Parthenay, whose historic centre is a medieval street (pic) that was, and is, on the Camino de Santiago (the ‘classic’ bit of which I rode in 2011). It was peaceful and tranquil (with nothing open, despite it being mid-afternoon on a Saturday). That didn’t last long, because a convoy of about fifty cars in a wedding party came past, all honking their horns incessantly.

After four nights of camping, I wanted to stay in a chambre d’hôte (B&B). Unfortunately, they were all full, because of the wedding party. So it’s camping again…