The second of my Yorkshire Compass Rides took me south to the county’s most obscure extremity, and was a day of planets, power stations, pints, and a place called Wales. 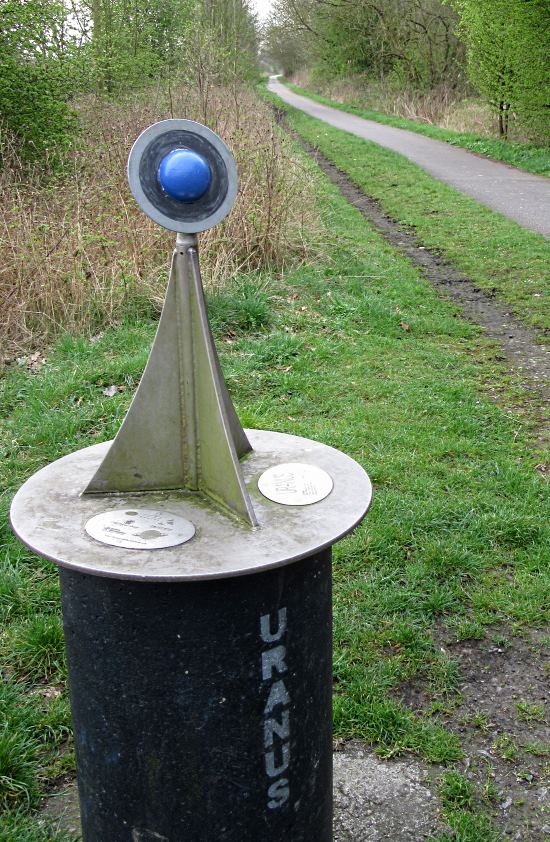 I rode south alongside a mirror-flat Ouse out of York and down the planets trail, a fantastic scale model of the solar system where the speed of light is roughly 1mph. The planets had evidently just had a lick of paint, so Earth was a blue marble, Mars was cherry red, Uranus (pic) duck egg blue. (NB Actual planets’ colours may differ.)

Riding this path is a great way to get a feeling for the sheer emptiness of space, and these remote extraordinary worlds very different from our own. Selby, for instance. 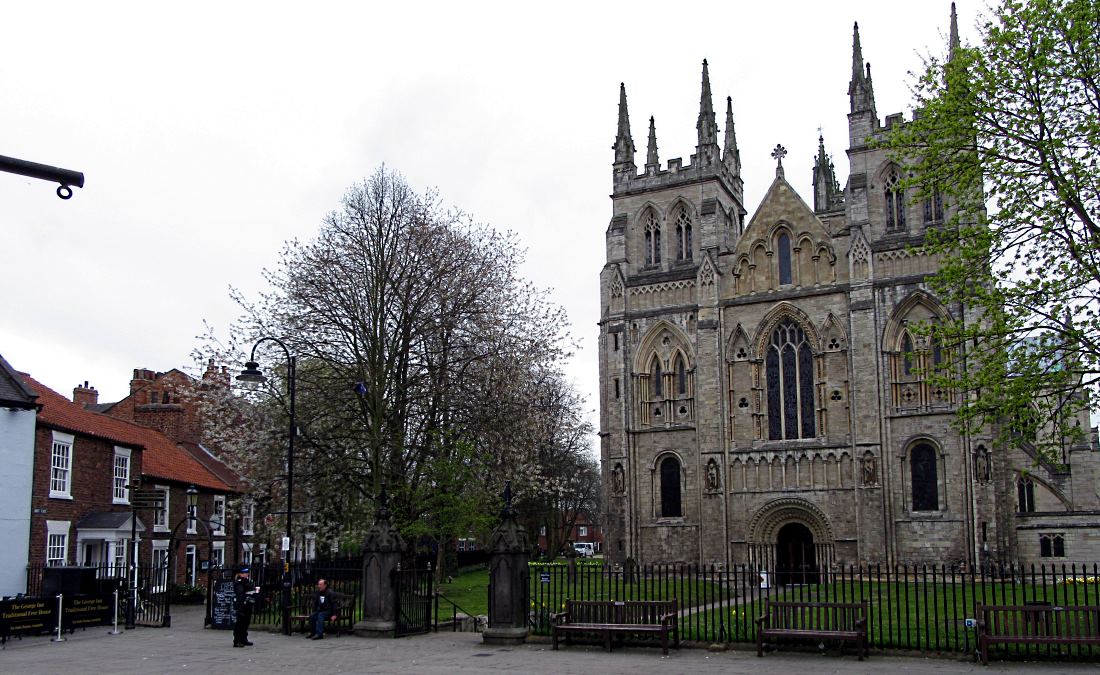 I only have space for one picture from Selby, so sadly images of the Rank Hovis plant, derelict factories and disused warehouses had to make way for the Abbey (pic). 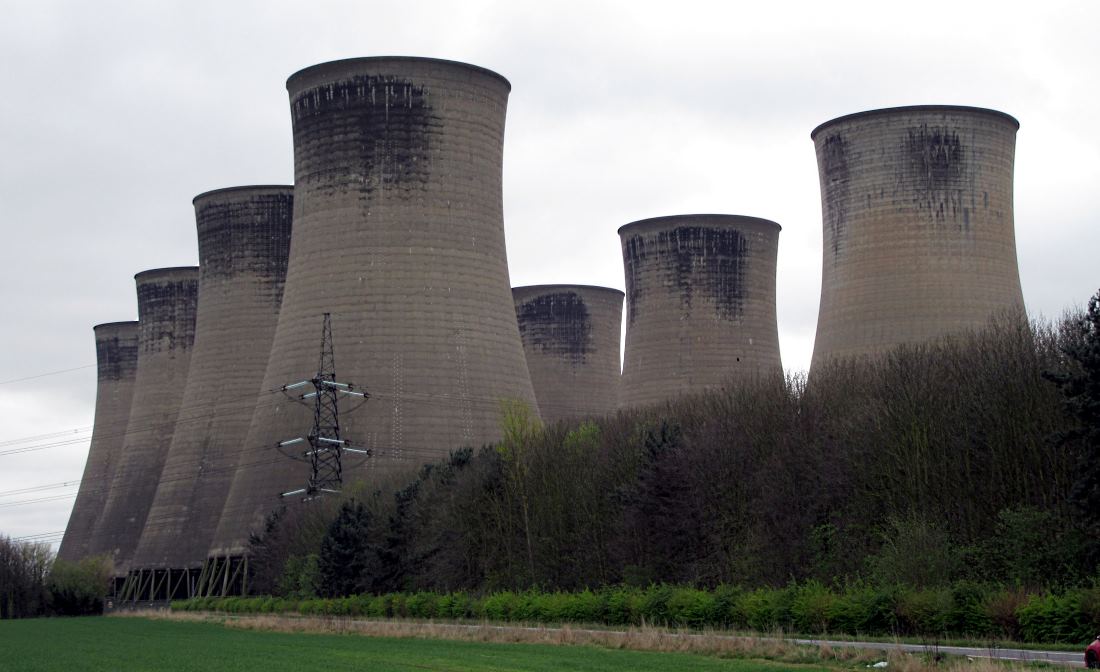 South of Selby the landscape consists largely of power stations, such as the thicket of cooling towers at Eggborough (pic). Here traditional crafts, dying out elsewhere, are still practised, such as coal fired electricity generation.

I continued south-ish through a series of nondescript villages and humdrum flat farmlands to Adwick le Street, where there’s a rather handy paved cycle path called Roman Ridge. This took me past some wild and savage landscapes, all of them back gardens in Adwick. The sign is a bit of an exaggeration, to be honest: it’s not exactly Striding Edge. Similarly, Don Gorge, signed further down, is no Cheddar. Another sign that promised more than it delivered was in the cafe in Maltby promising a ‘luxury breakfast’. 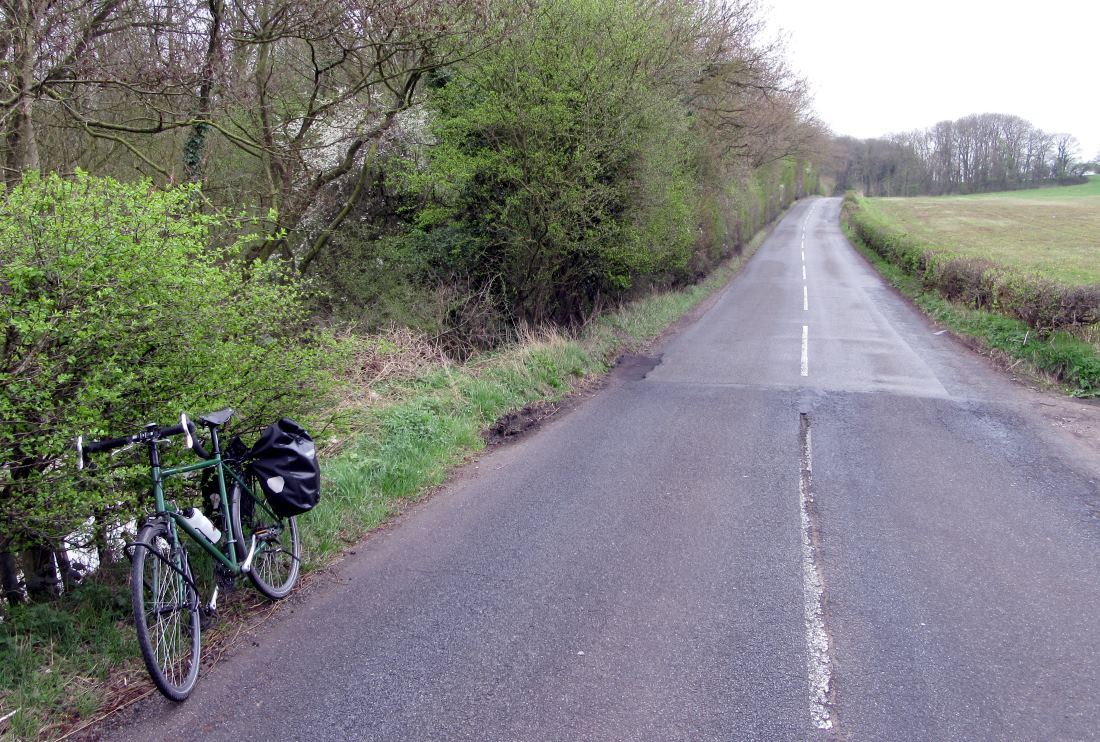 The southernmost point in historic Yorkshire that you can cycle is this rather inconsequential location (pic, looking south). It’s at a stream by Pebley Pond, south of Harthill, helpfully colour-coded in the tarmac. (Post-1974 South Yorkshire stretches further south than this, having stolen bits of Derbyshire.) 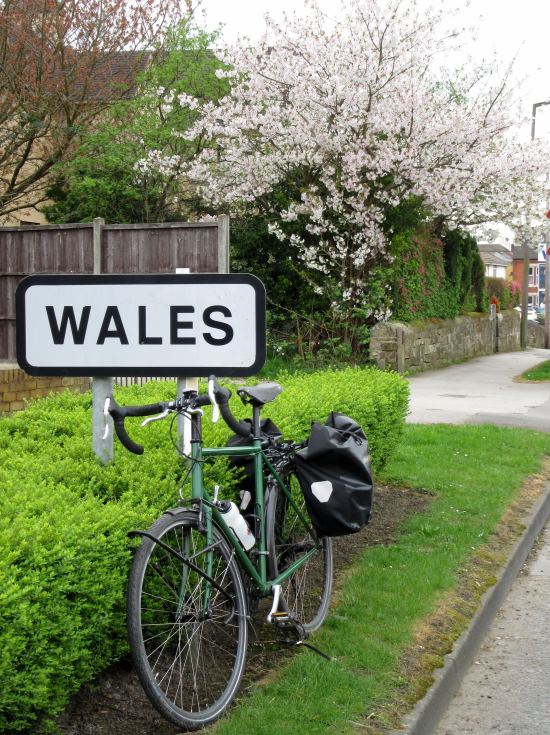 To get the train home I had to go to Wales (pic). It’s a village outside Rotherham. The name derives in the same way as the country, meaning literally ‘land of closed coal mines and disused steelworks’.

I had a pint of Sam Smith’s for two quid in Kiveton, then a pint of Yorkshire Blackout in the Tap in Sheffield train station to take the taste away.
Miles from York to Harthill: 57