The first of my Yorkshire Compass Rides was a glorious day offering some characteristic Yorkshire views – stately homes; the North York Moors; beaches with hardy bathers; closed factories; and penguins. 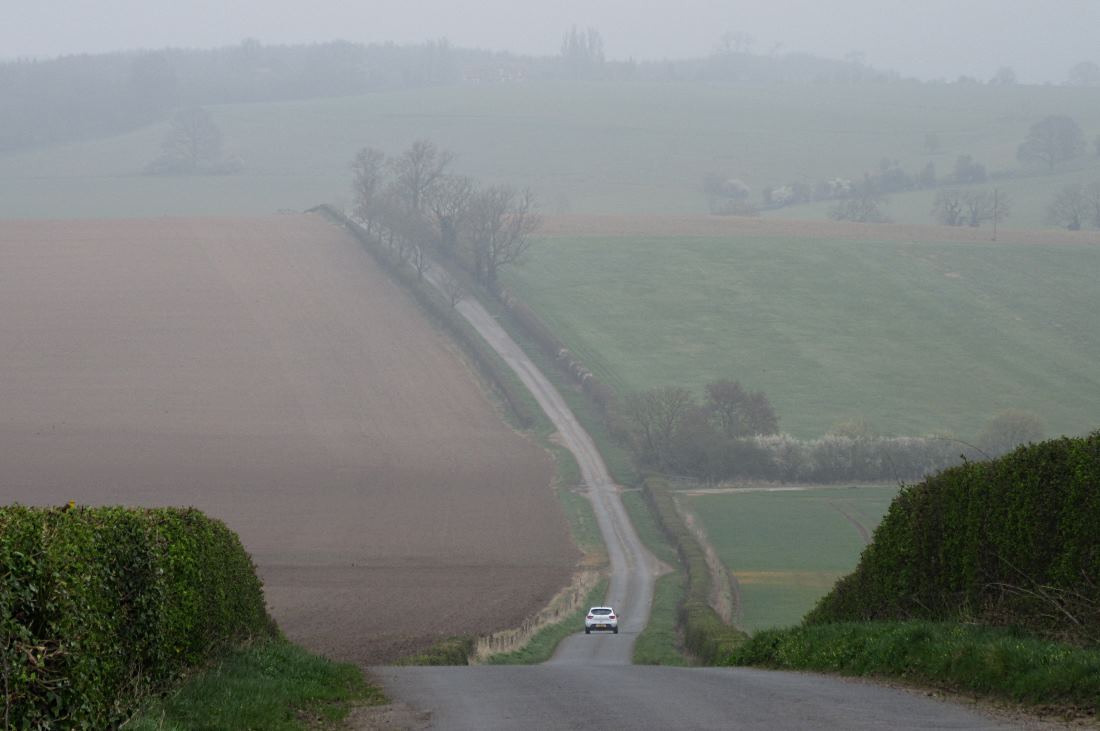 I headed north out of York through the misty Howardian Hills (pic). They take their name from the Howard family, who still own much of the land. This is officially designated an Area of Outstanding Natural Swearing by Cyclists. 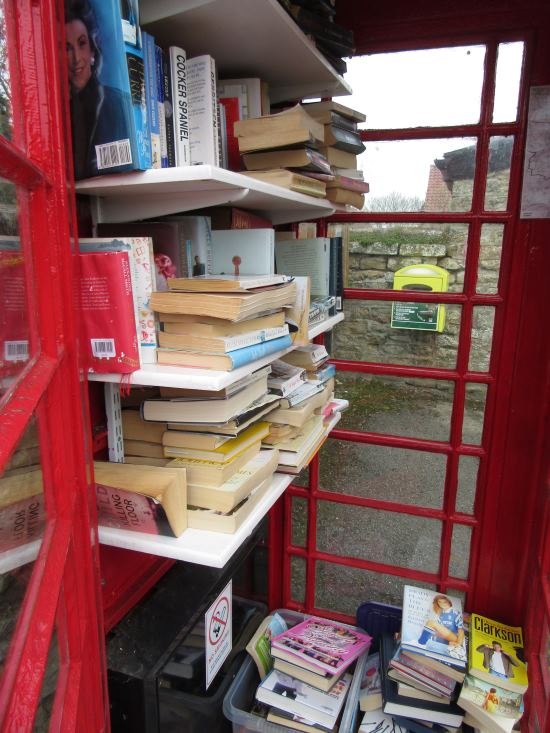 In the village of Bulmer I stopped off at one of those old red phone boxes that now serve as a library (pic). Many books caught my eye but I read through the best bits of a book by famous renowned 5′ 9″ author Dan Brown.

That way I only delayed myself by a couple of seconds. 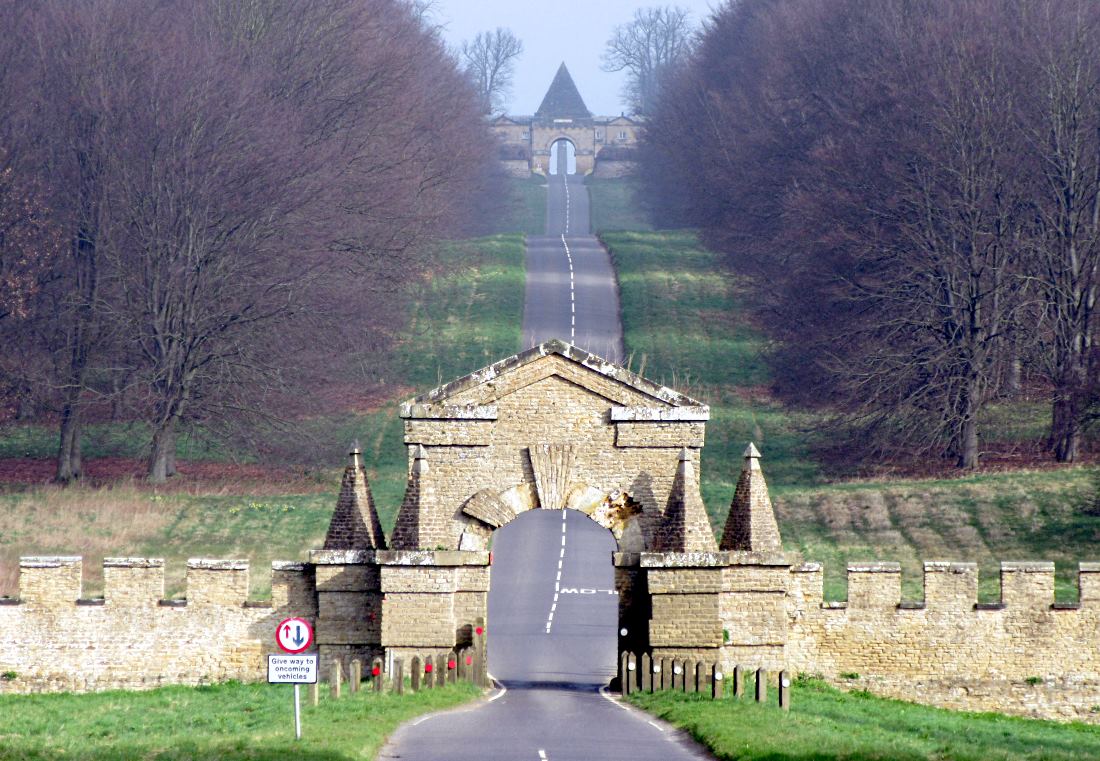 The Howards did quite well for themselves, building Castle Howard, one of England’s greatest country houses. And film sets: it’s been used in Brideshead Revisited among others. There’s something about big budget productions that’s appropriate here, such as when you see the price of an adult entry. Still, at least cycling along the remarkably gated and obelisked road to the west (pic) is free. 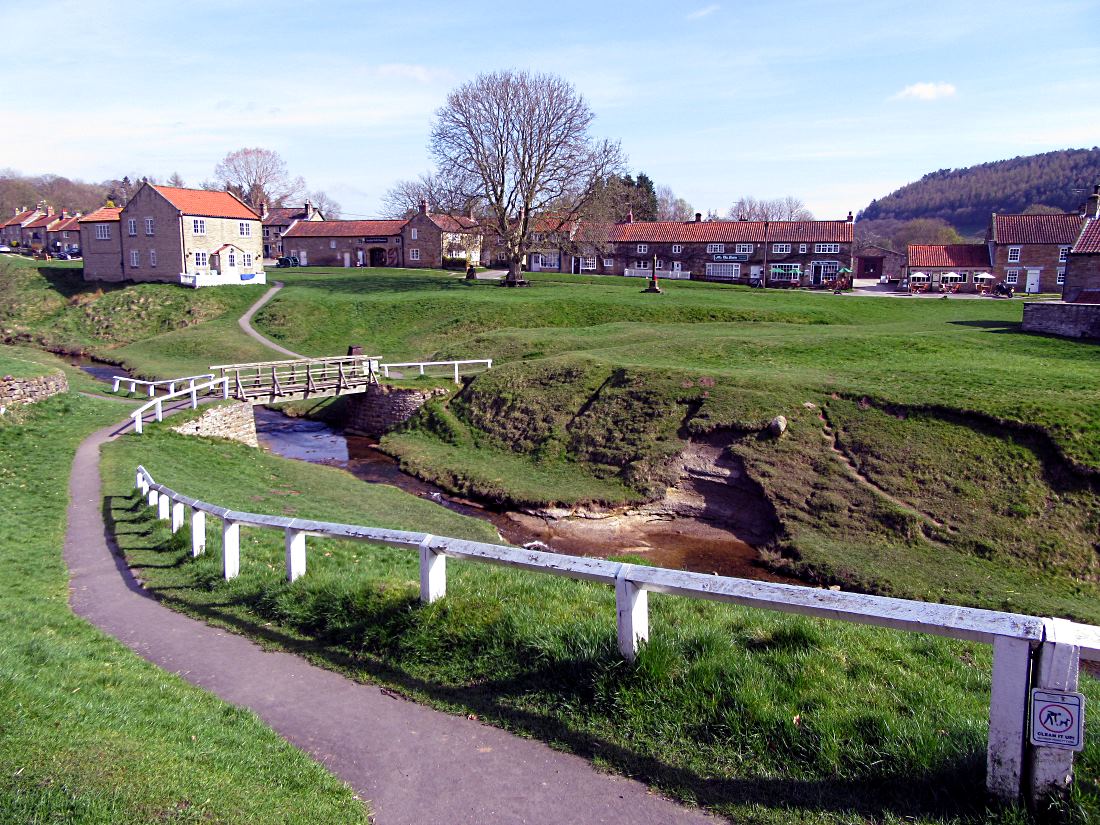 After handsome Kirkbymoorside, a place that seemed to consist entirely of pubs and cafes, I rode up into the Moors through Hutton le Hole (pic) and its quirky, sprawling green. It’s one of my favourite Moors villages, and is home to the Ryedale Folk Museum, where you can go inside historic old buildings and see how ordinary poor people used to live. Alternatively, you could just come to my home in York and stay with me for a weekend.

This is the characteristic North York Moor-top road view, across Blakey Ridge. I stopped off at the fabulous Lion Inn, one of England’s highest and remotest. It was packed with lunching couples, and is a great place to come on a budget. If your budget is £20 for a main course. 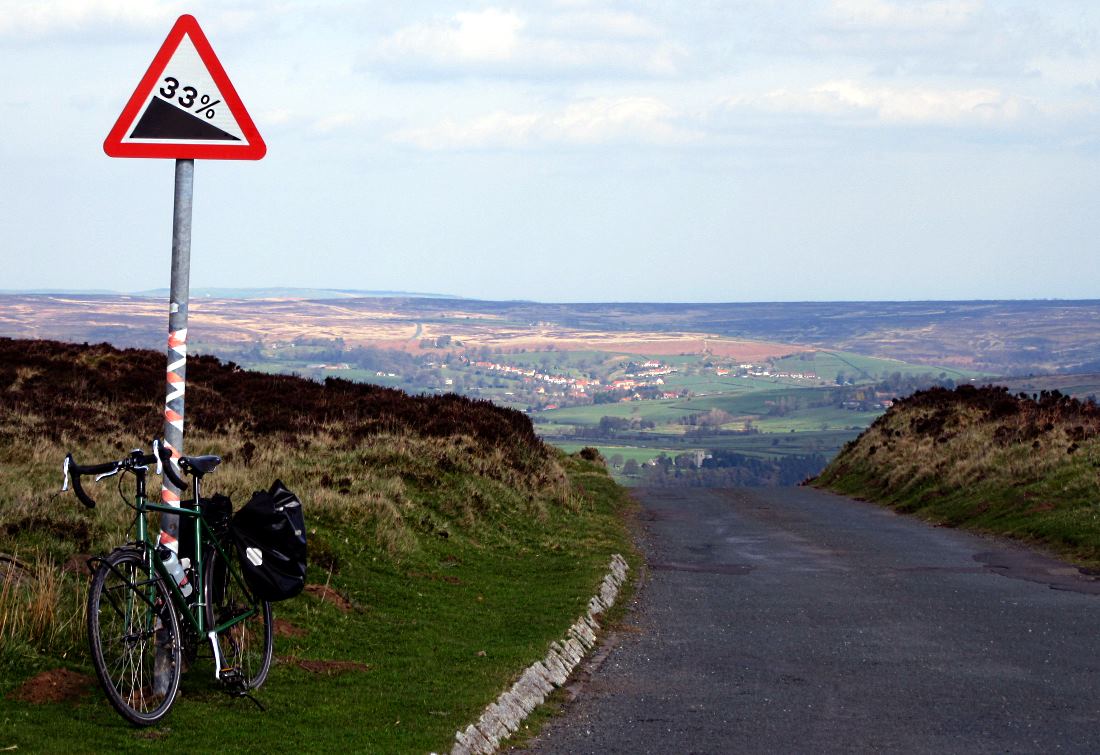 Hill? Call this a hill? In Yorkshire this is a slope. 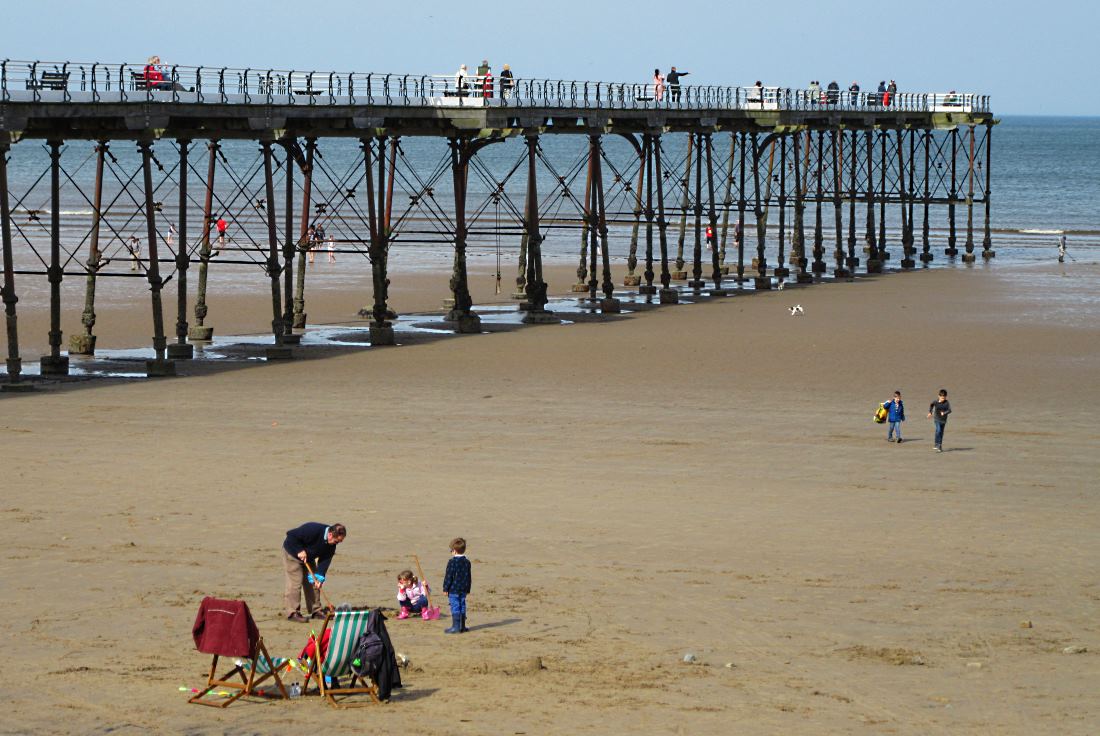 My northward line brought me to the coast at Saltburn. The pier has been refurbed, the prom given a lick of paint, and on this sunny afternoon the beach, cafes and bars were humming. It was very pleasant, and I found it hard to leave, though that was mainly because the Sustrans route out was closed with electricity works, and the only alternative was to ride along the dual carriageway horribly busy with HGVs.

Redcar isn’t quite the most northerly point in Yorkshire – that’s over to the north-west at Cauldron Snout – but my northerly line from York finished here, at the mouth of the Tees. Redcar’s prom is jauntily decorated with these penguins, and there’s a boating lake.

The background illustrates Yorkshire’s industrial past, and – recent awful closure of the steelworks here notwithstanding – present: from here west to Middlesbrough is one long line of factories, and just out to sea is a line of graceful wind turbines. I celebrated finishing my first Yorkshire Compass Ride with a beer in Wetherspoons, down past the clock tower. Which was handy: ah, I can see, just time for another. 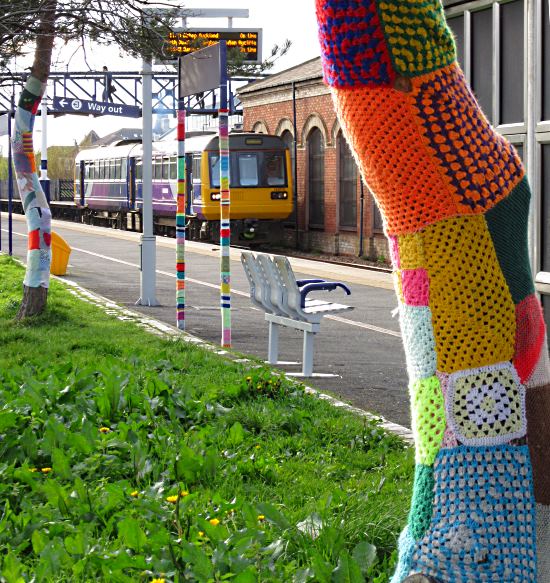 And finally, the train back home. Someone had been busy yarnbombing the station. This could be the fate of the steelworks one day.
Miles from York to Redcar: 63