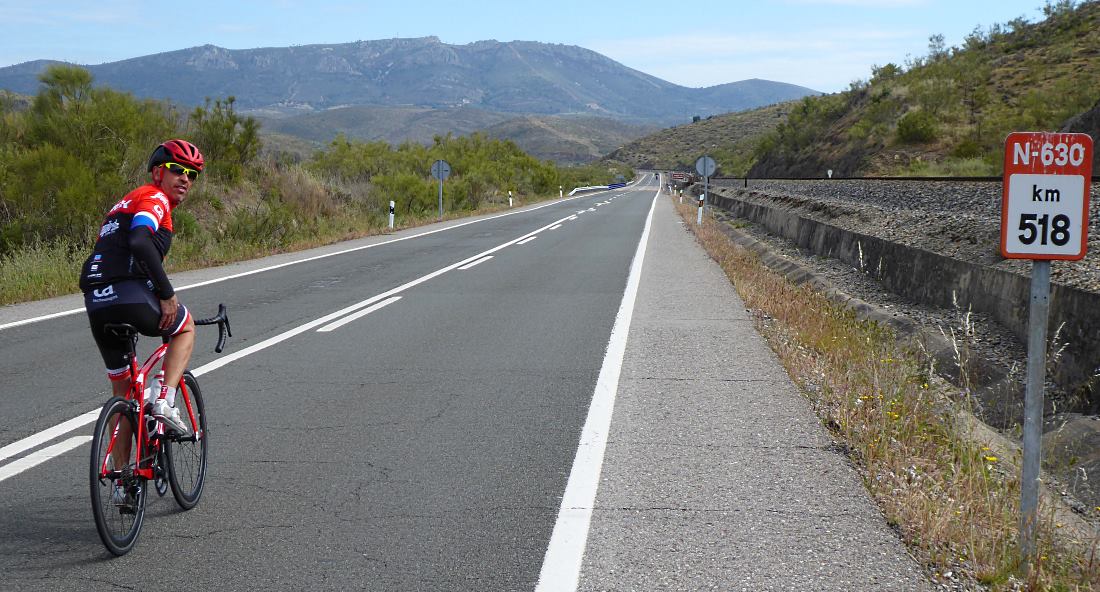 Another fabulous day of road cycling: sunny, virtually no wind, roads almost empty apart from other cyclists (pic), and even some scenery to look at en route. I think he said something like, ¿Tienes también el fregadero en esas alforjas? (‘Have you got the kitchen sink in those panniers as well?’)

We were now firmly in Extremadura. In contrast to the rather static landscapes of Andalusia, we now had a mix of high meadows (along with alpine-like cow bells), moorish grassland (not ‘Moorish’, obvs), rocky hills, and some heroic motorway bridges by expansive reservoirs (pic). I’m rather a fan of civil engineering, and it’s so much more agreeable than uncivil engineering. The type behind British cycle facilities, in other words. 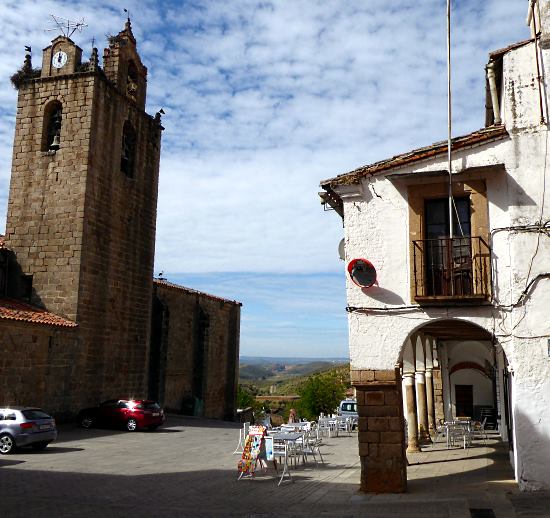 Anyway, we stopped halfway for lunch in the 17th-century square (pic) of the village of Cañaveral (nothing to do with Cape Canaveral, evidently), watching the storks go out hunting for frogs and mice.

Which would have tasted no worse, and certainly less artificial, than our luncheon meat. 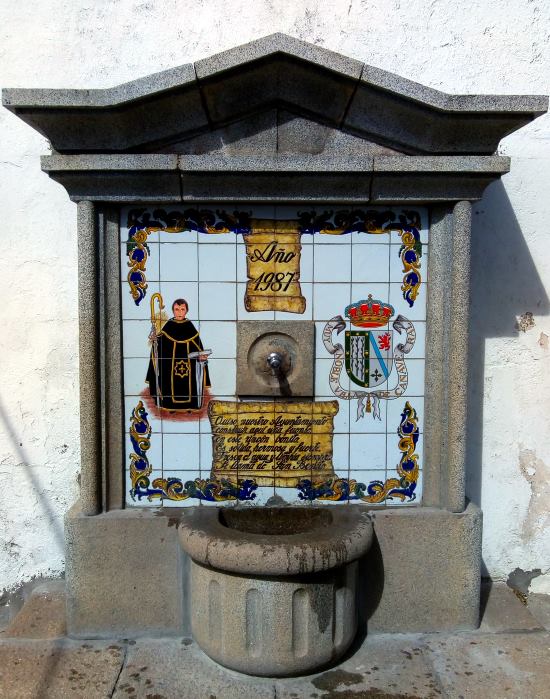 A feature of Spanish villages – at least, on pilgrim routes such as this Vía de la Plata – is that there’s always a drinking water fountain (pic).

There are also always plenty of litter bins, very handy if you have unused luncheon meat. 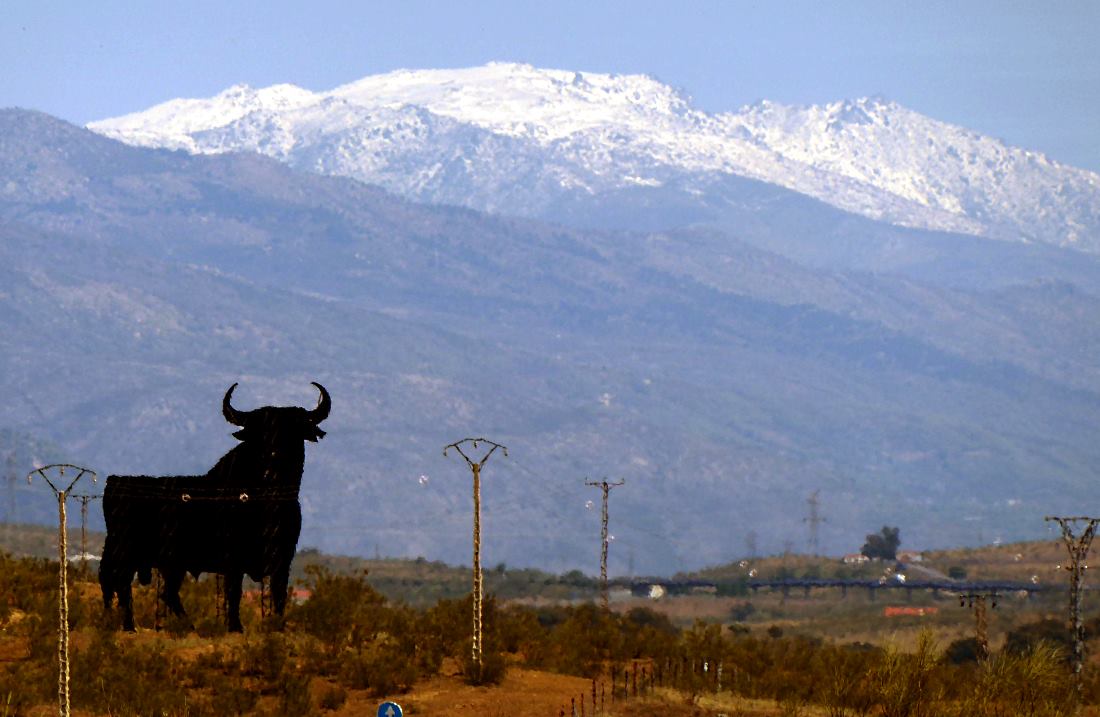 The cycling today was sheer delight, and thanks to a tailwind for the last portion of the N630, we arrived in Plasencia by half past two, admiring scenery such as this (pic) en route.

On arrival at the Plaza Mayor we resumed our rigorous training diet with tapas and beer. Which is the same opening to the final paragraph as yesterday’s blog, but it’s not a cut-and-paste mistake. It’s just cycle touring in Spain.