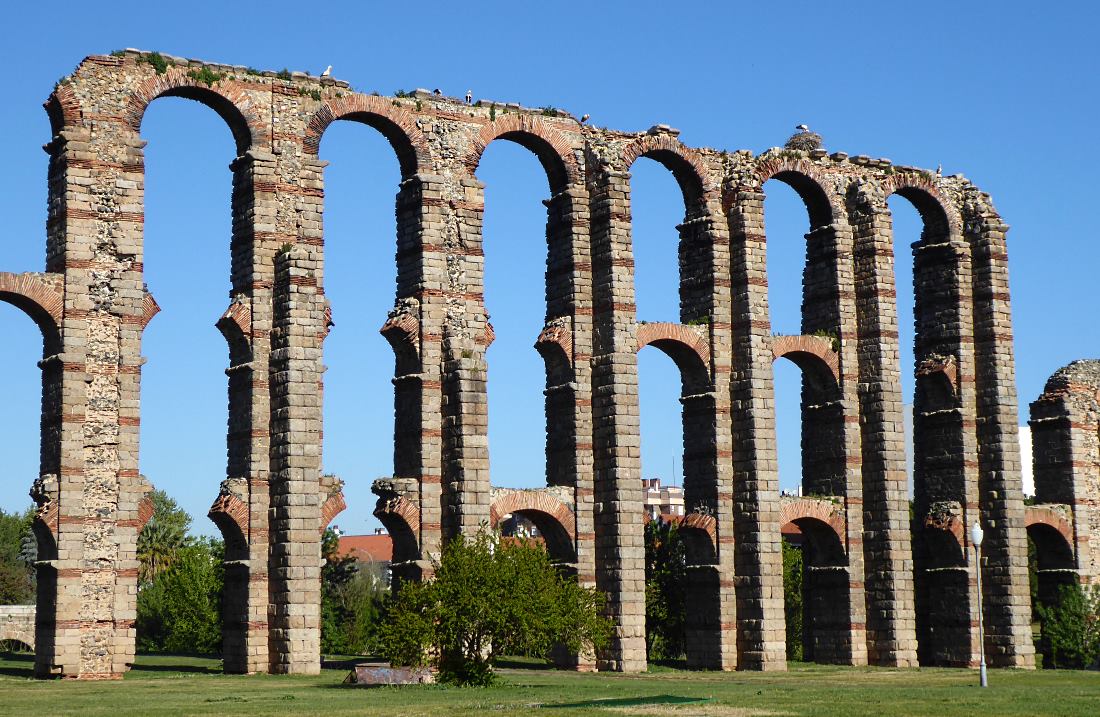 A glorious day of warm sunshine, quiet roads, little wind, and only one puncture, so we’ll take that. En route out of Mérida we looped past the ruins of the Roman aqueduct (pic). It dates from 1900 years ago, only slightly older than my back tyre, which is probably why I keep getting punctures. 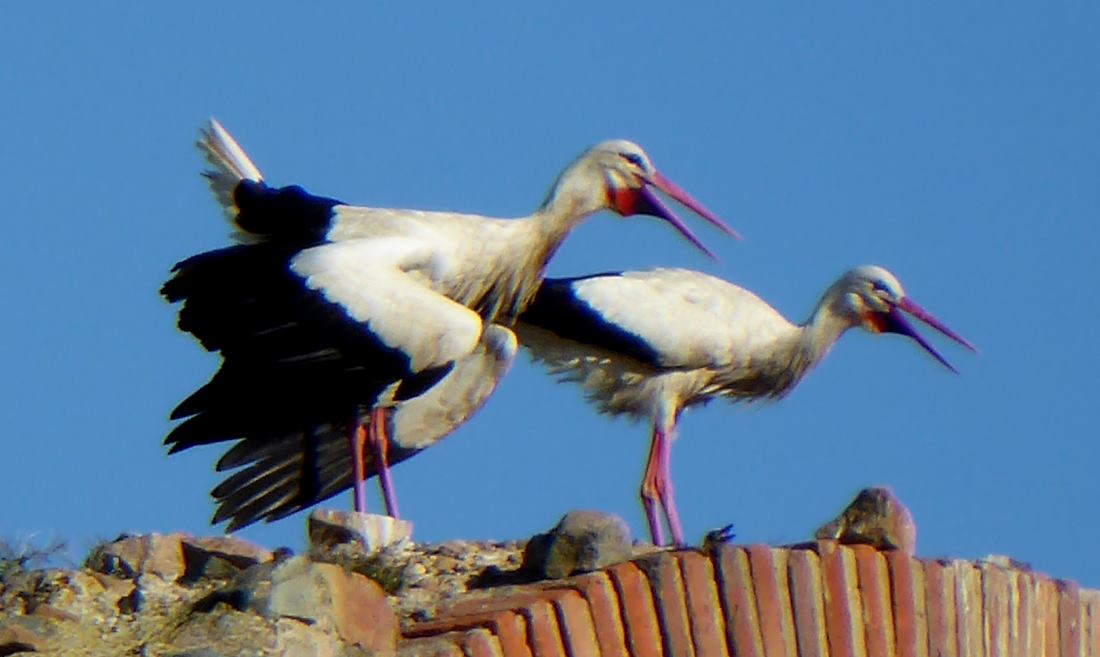 Now the aqueduct’s pillars are home to lots of storks (pic). Obviously we don’t see too many in England away from margarine tubs, but there are plenty of them round this part of Spain, clacking away and building massive nests. 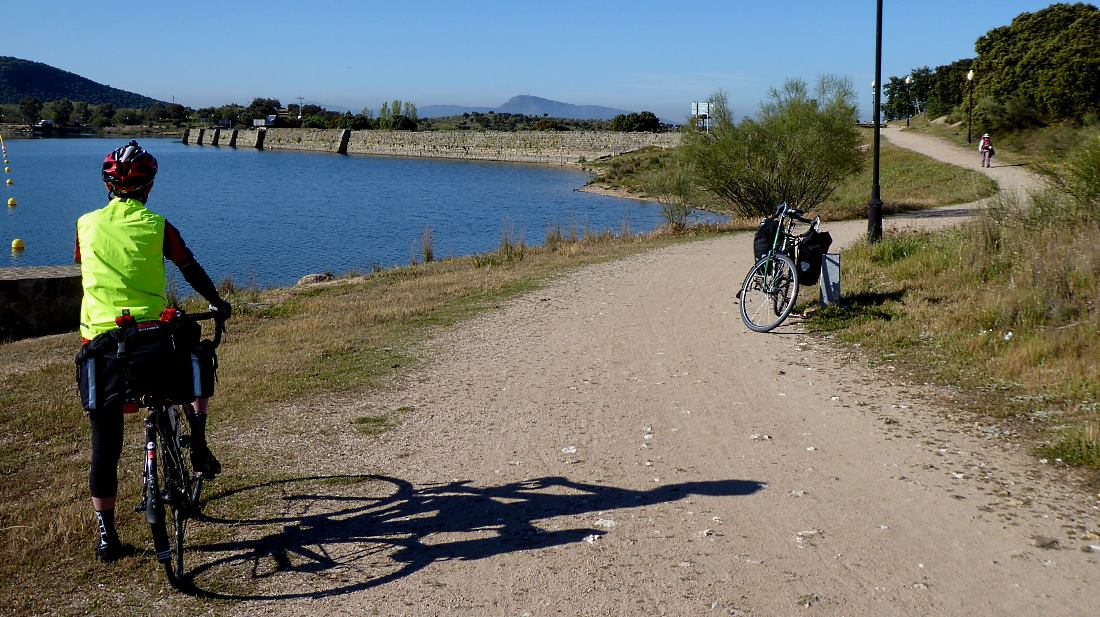 The water for that aqueduct originally came from 5km away, from what is now a reservoir (pic). Here, as for much of the day, we were shadowing the Vía de la Plata route taken by pilgrims walking from Seville to Santiago de Compostela. 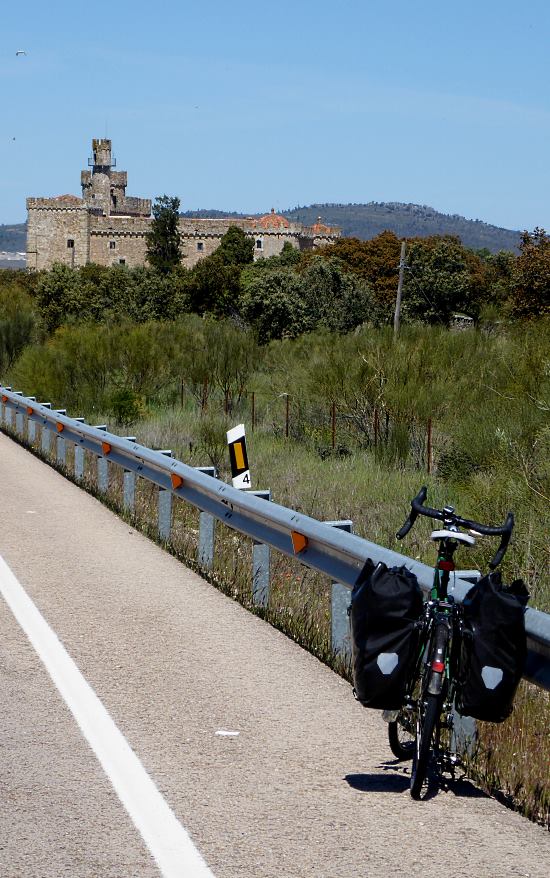 We exchanged a cheery ¡Buen camino! with them but most simply grimaced from their blisters. I’m pleased to be cycling the Vía de la Plata, put it that way.

Anyway, we purred along the smooth roads – lovely road cycling – with the occasional thing to look at (pic) like a castle…

…or slightly eerie abandoned petrol stations (pic), of which there were a lot, killed off by the A66, victims of being bypassed by the younger, faster, noisier, higher-maintenance alternatives. A feeling I know well from my London job redundancies.

We scooted happily into Cáceres around three, immediately waylaid by a park fiesta presumably gearing up for Semana Santa (Holy Week) next week: a time of pious and deeply religious devotion, marked by, er, stalls selling beer and cake and sandwiches and people generally partying. Well, we had to investigate. I love Spain. 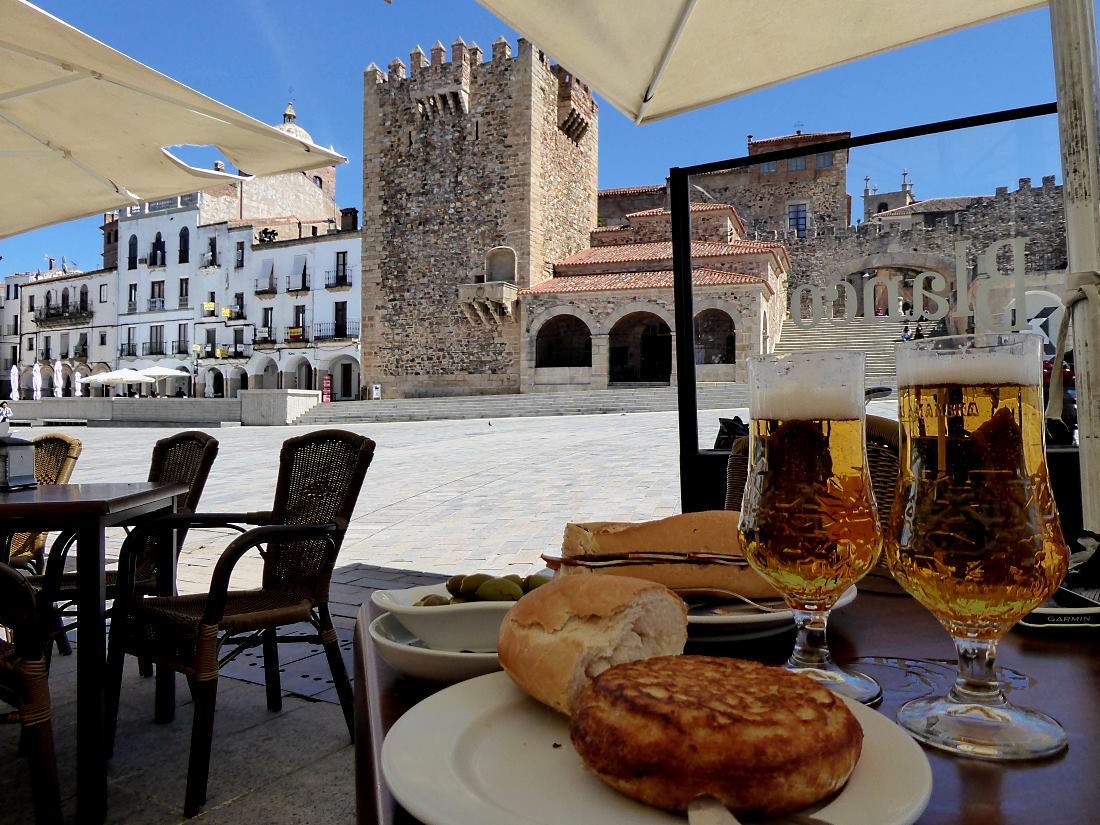 On arrival at the Plaza Mayor we resumed our rigorous training diet with tapas and beer (pic). Fortunately the hotel was just around the corner.