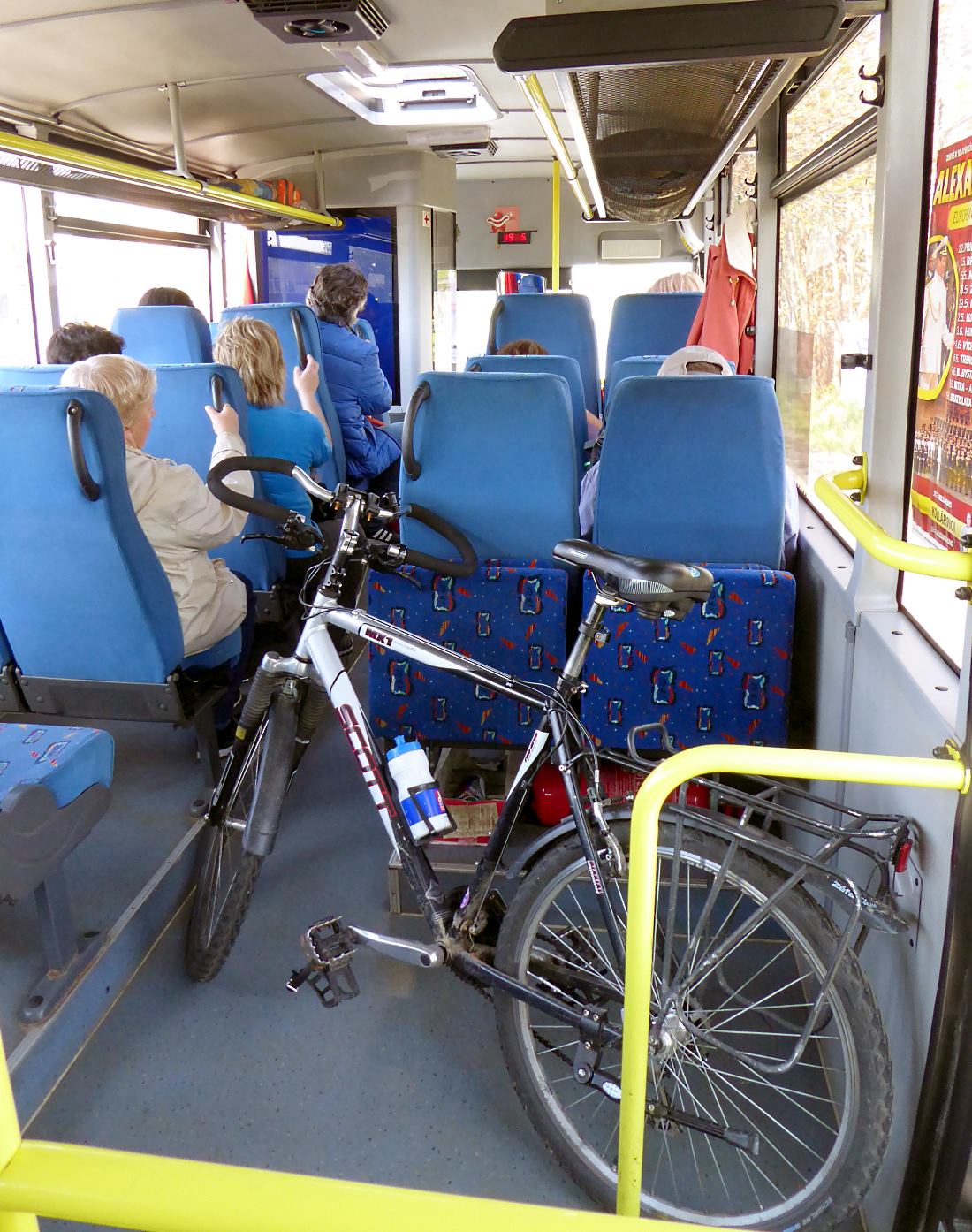 I found out last night that there’s a local bus for €3 from Poprad up to the Polish border (48km, 950m of climb) that takes bikes free, so a decision made itself. Eastern Europe seems pretty casual about bikes on things: there was no special area but nobody seemed concerned that a large amount of vintage ironmongery was blockading the gangway (pic). 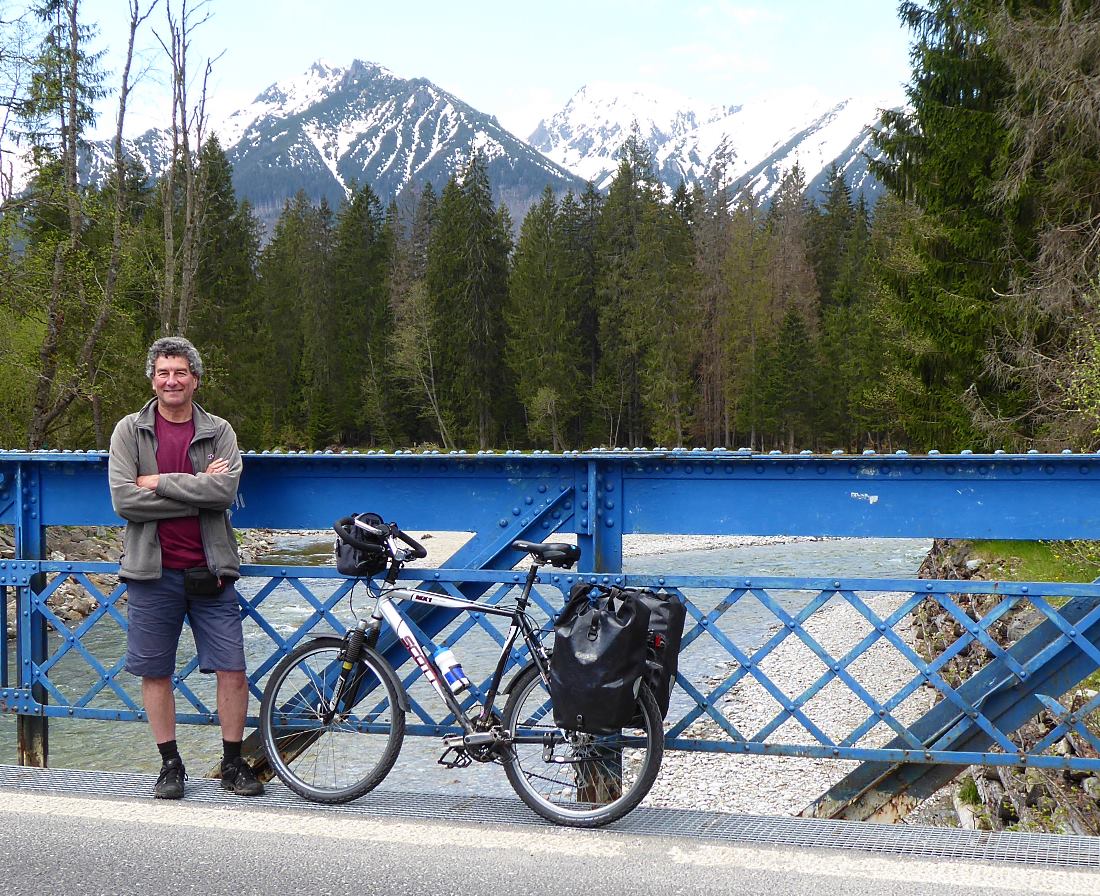 Here’s the only pic you’ll see of me until the end (pic). I will try to have a haircut before then. I’m at the bridge that marks the Slovakian–Polish border, the southernmost place you can cycle on-road in Poland, and the ride proper started right here. With a 200m climb straight off, I soon wasn’t smiling quite as much. 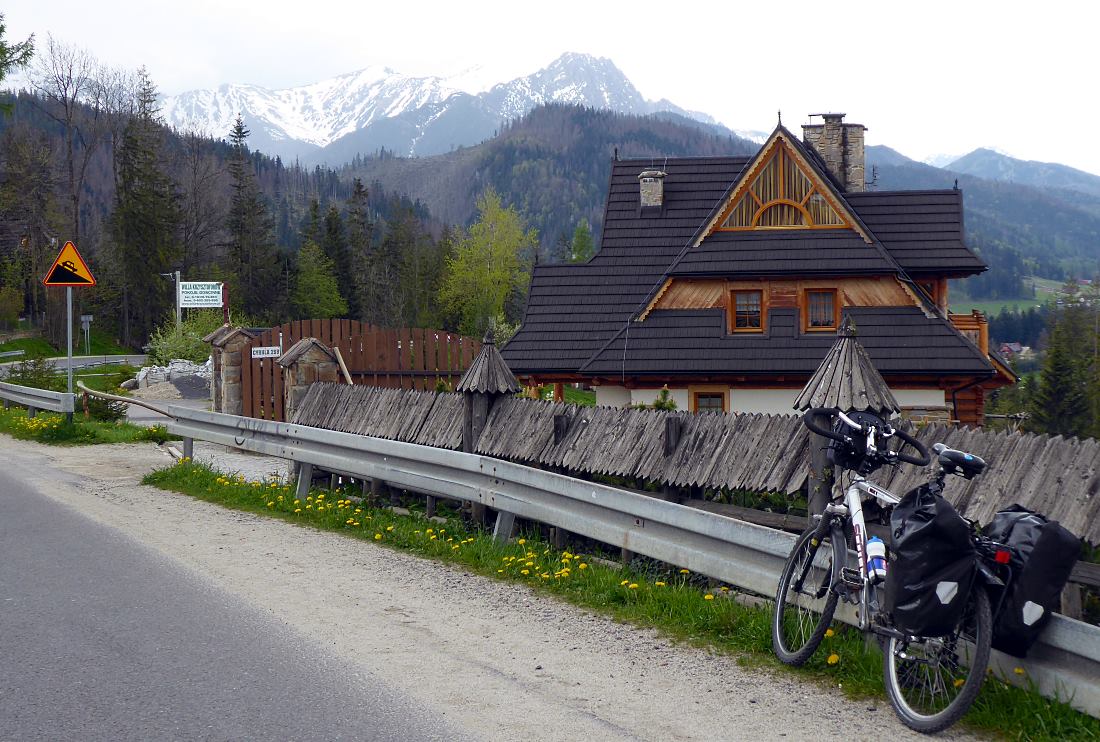 Plenty of downhill as well, though, and it was a very enjoyable glide with the Tatras filling the horizon, and occasional oncoming leisure motorists filling my side of the road by overtaking unwisely. I was soon on the outskirts of Zakopane, Poland’s touristy ski- and summer- mountain resort, admiring the traditional wooden buildings (pic).

Zakopane itself (pic), I was assured by my Polish hostel inmate Tomas last night, is ‘just like Fort William’. Hmm. My prevailing memory of Fort William is sitting in Wetherspoons waiting for the rain to stop, but here in Zak – which I explored by bike all afternoon – I was able to find an equally inexpensive place to eat and drink and dodge showers in the shape of a bar mleczny, the traditional Polish canteen (‘milk bar’).

After ordering you simply have to wait for your order number to be called out. My order number was 95, ie dziewięćdziesiąt pięć (pronounced as it’s spelt). Luckily my fish was still warm and my beer still cold by the time I worked that one out. 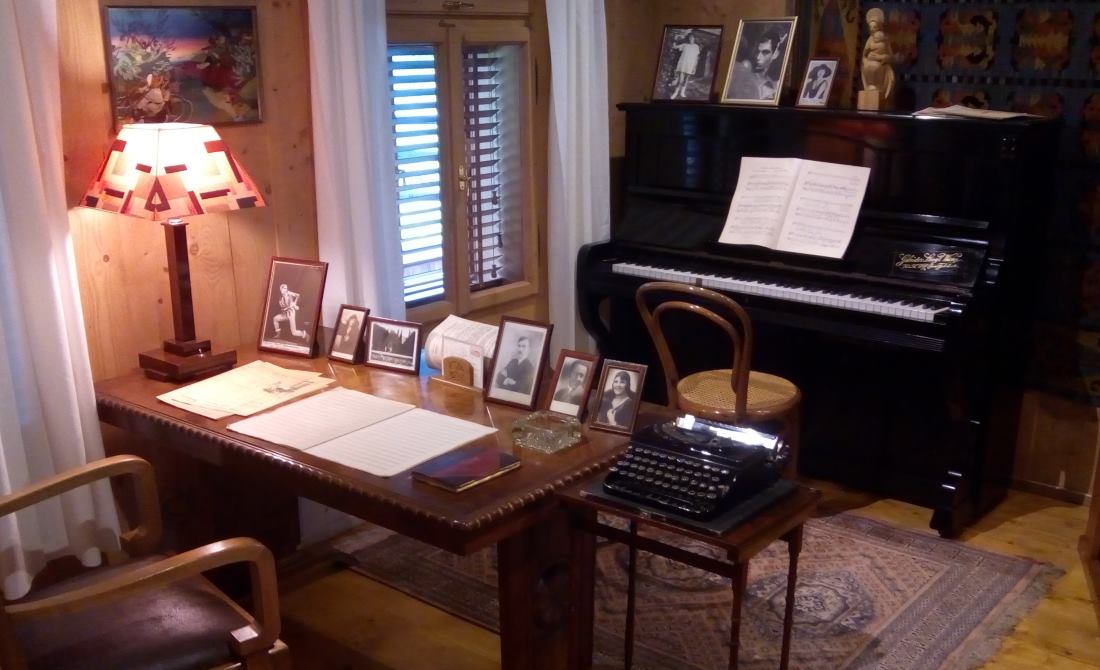 You really come to Zak to do hiking trails, but I won’t have time for that. I did however have the time to visit the Karol Szymanowski museum (pic), dedicated to the Polish composer of famous works such as, er, um, you know, that symphony and the, erm, concerto.