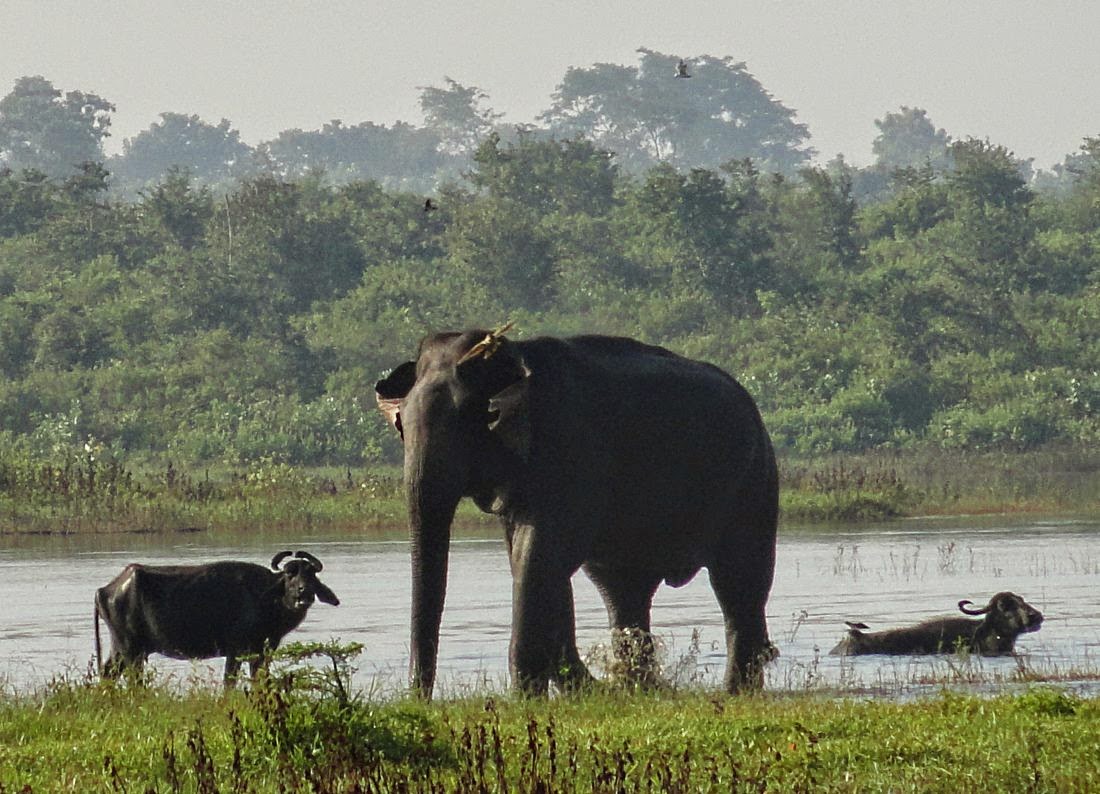 Along with my guesthousemates, I went out on a morning safari. Udawalawe National Park (pic) is one of the world’s best places to see elephants in the wild. Apparently they drink 200 litres of water a day, which is what I felt like doing once I got cycling later on. 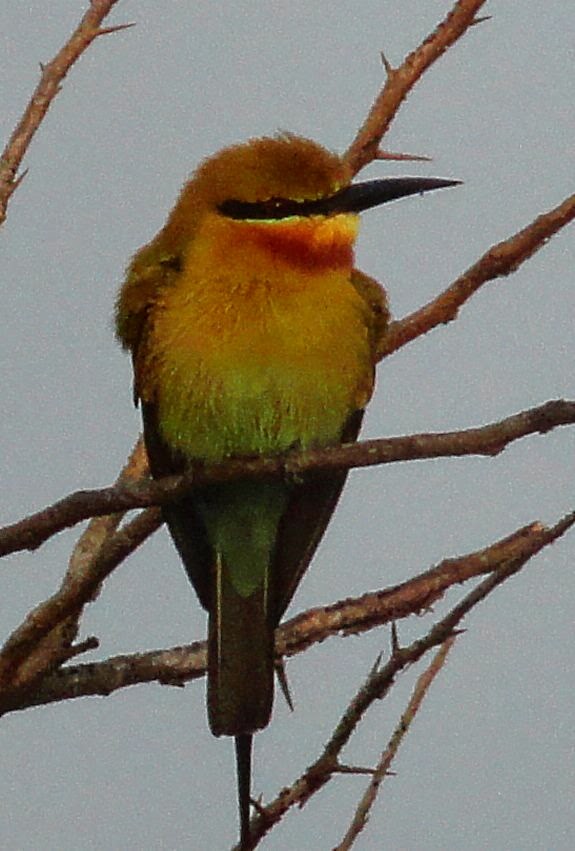 But we also saw loads of other interesting animals. This is a green bee-eater (pic). I know they like their food hot in Sri Lanka, but this is going quite far. 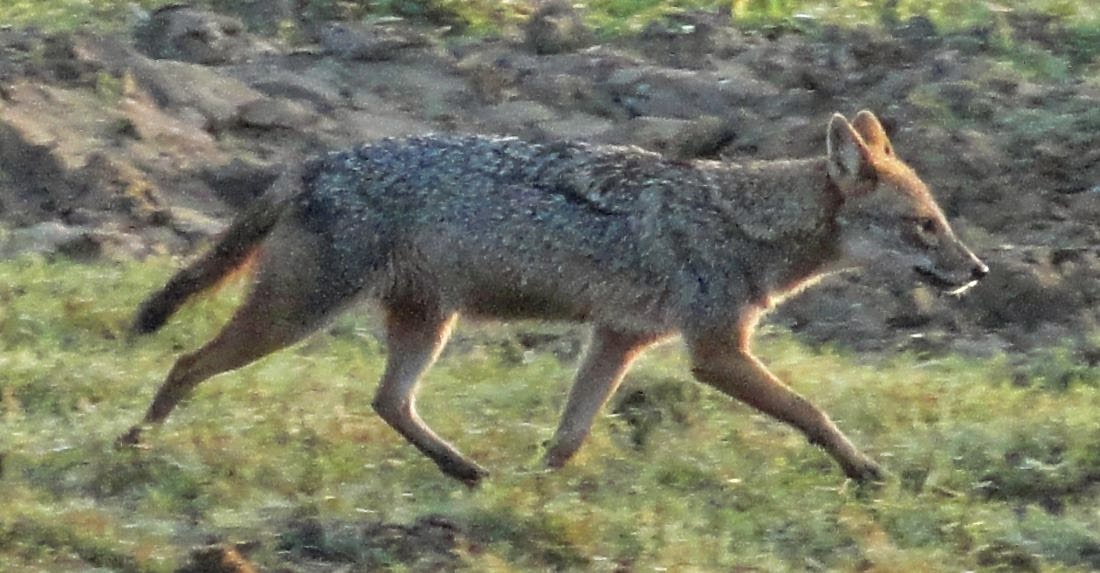 This is a jackal. Clearly it was his day. 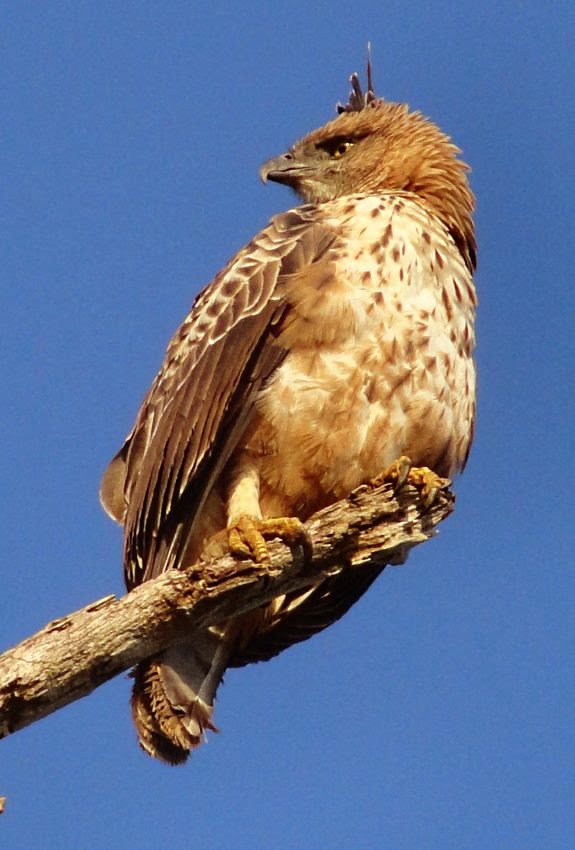 And this is a changeable hawk-eagle. It does look rather moody. 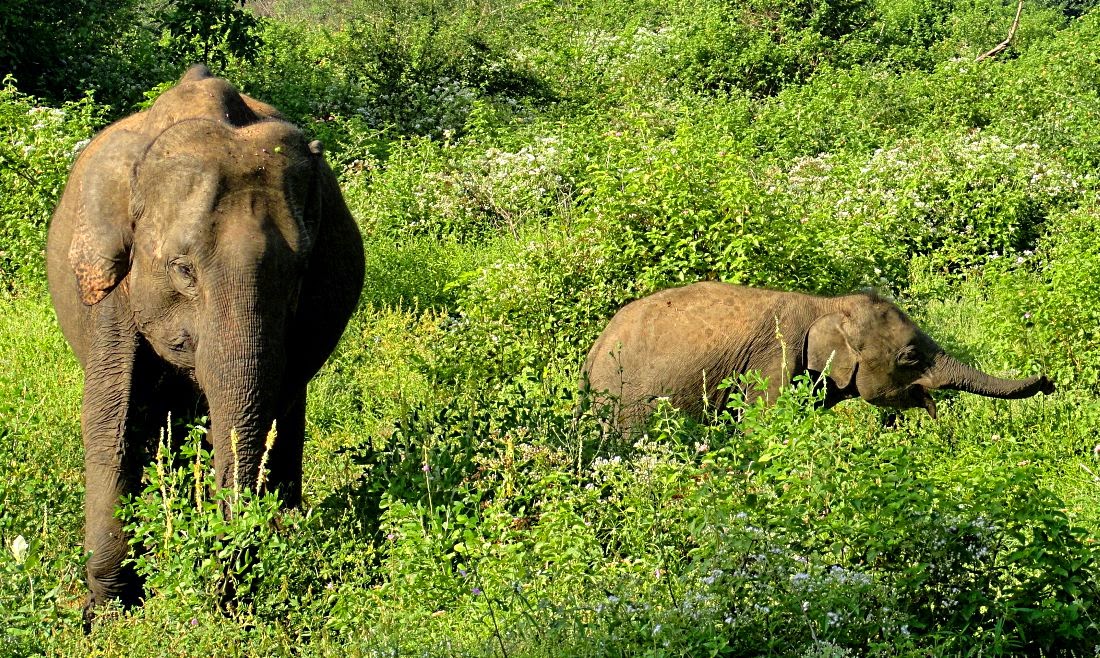 But the main thing was the elephants, and we saw zillions of them, lumbering around and munching vast clumps of vegetation. Many were family groups, such as this mother and baby (pic). We also spotted kingfishers, mongooses, painted storks, peacocks, serpent eagles, buffalo, crocodiles, various fat lizards, and two chameleons, but obviously the photos of them didn’t come out because they blended into the background as soon as they saw us. 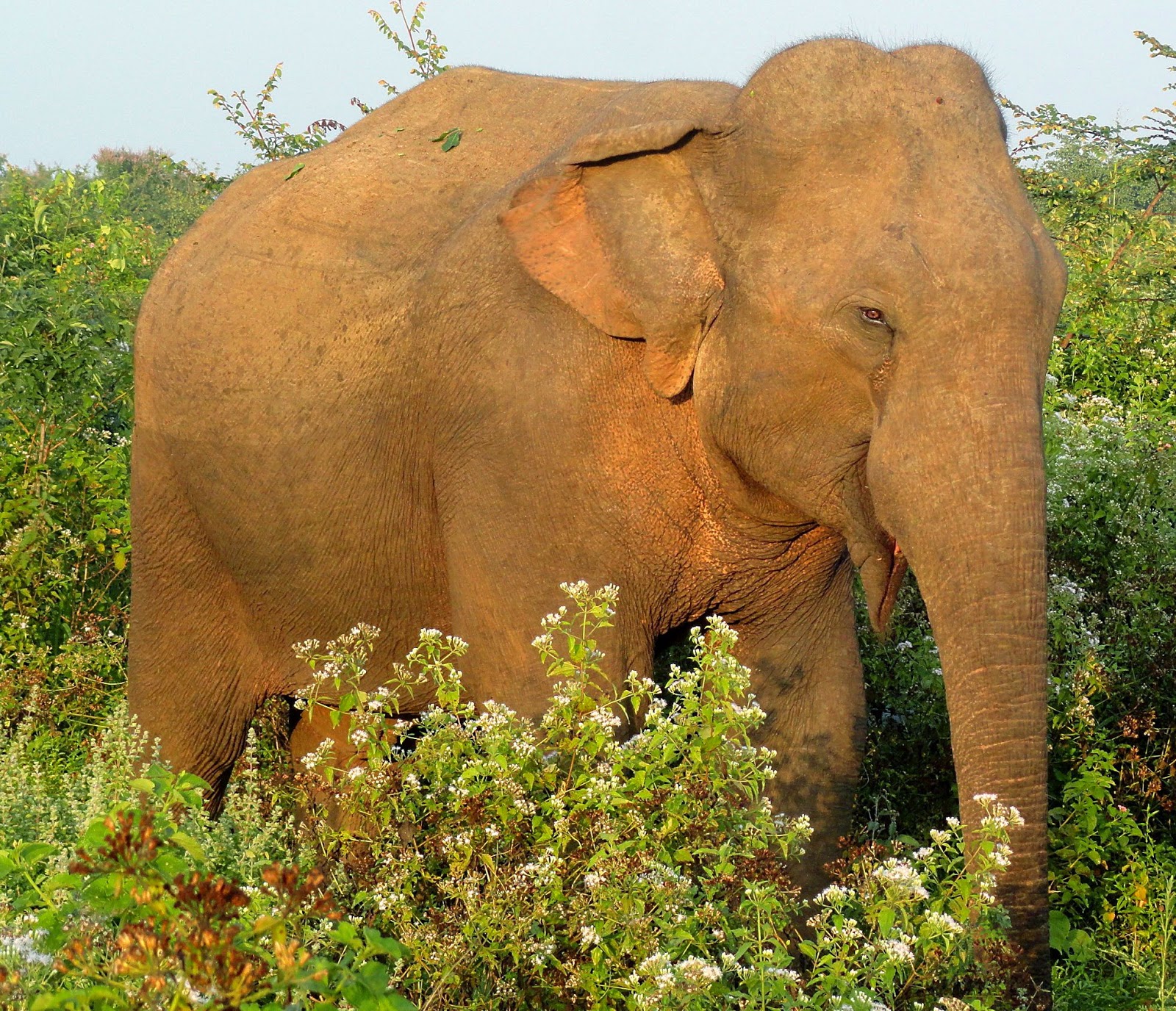 Clearly the elephants are happy here, because they all look like they’re smiling (pic). 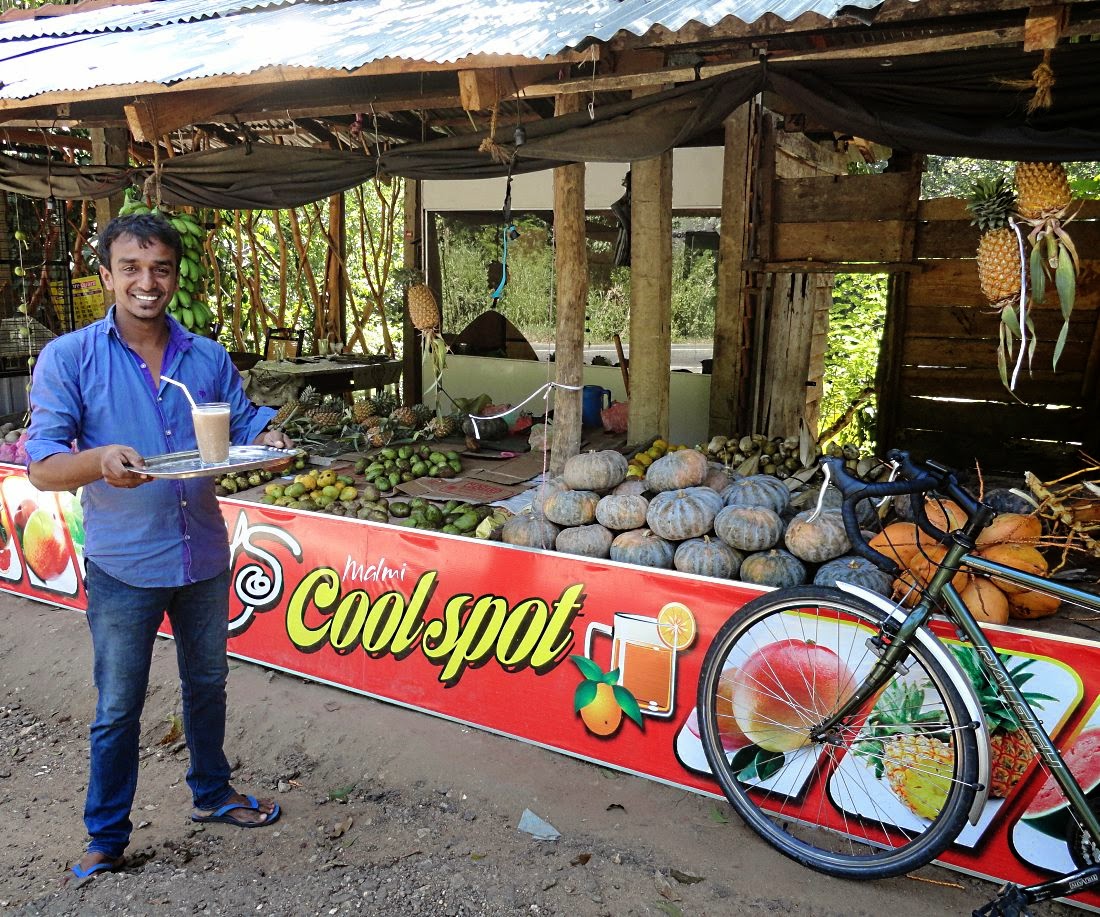 Anyway, after all that excitement, it was still only ten in the morning, so I could get back on my bike. Not being able to start early meant I had to cycle in the full heat of the day, though. Luckily, Sri Lankan roadsides abound with food and drink stores, and fruit-juice stalls like this. ‘Cool spot’ means a cold-drink opportunity, though I did feel pretty cool, having delicious iced wood-apple juice served by the friendly owner (pic). 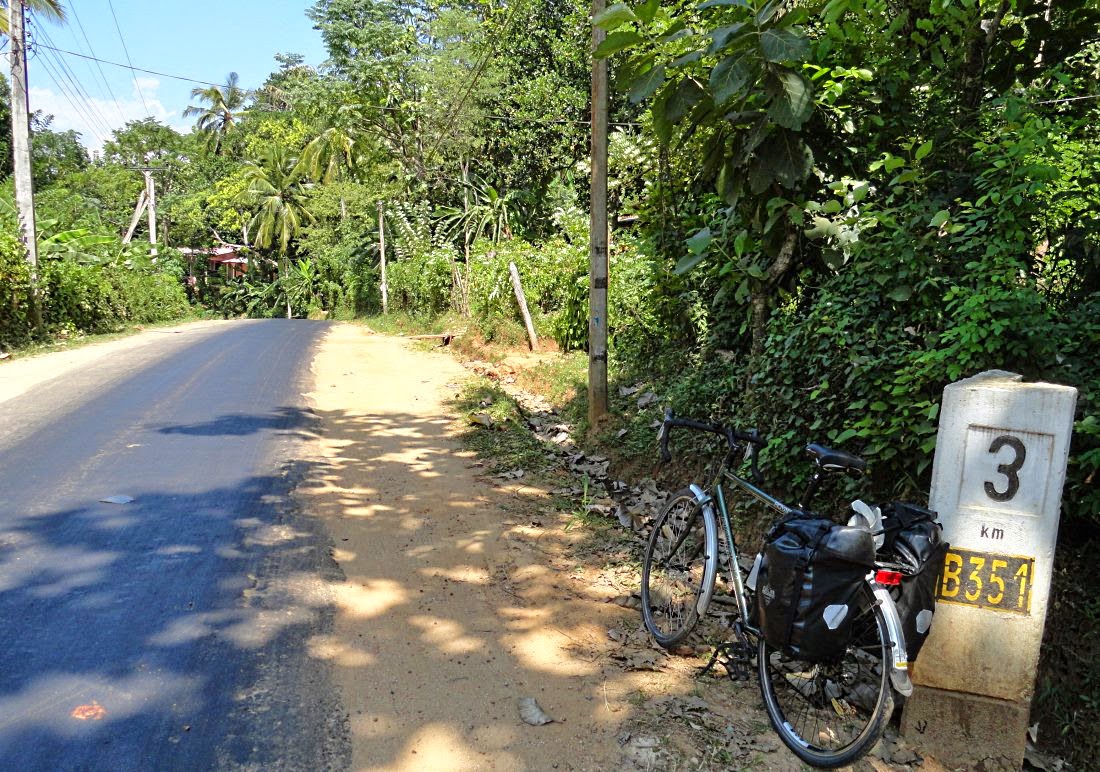 For the first time in the trip I had some climbing, coming into Hill Country, through loads of little villages and towns on quiet back roads. There was lots of this sort of thing. Only with 1 in 4 ascents. Some very sweaty pushing may have been involved. 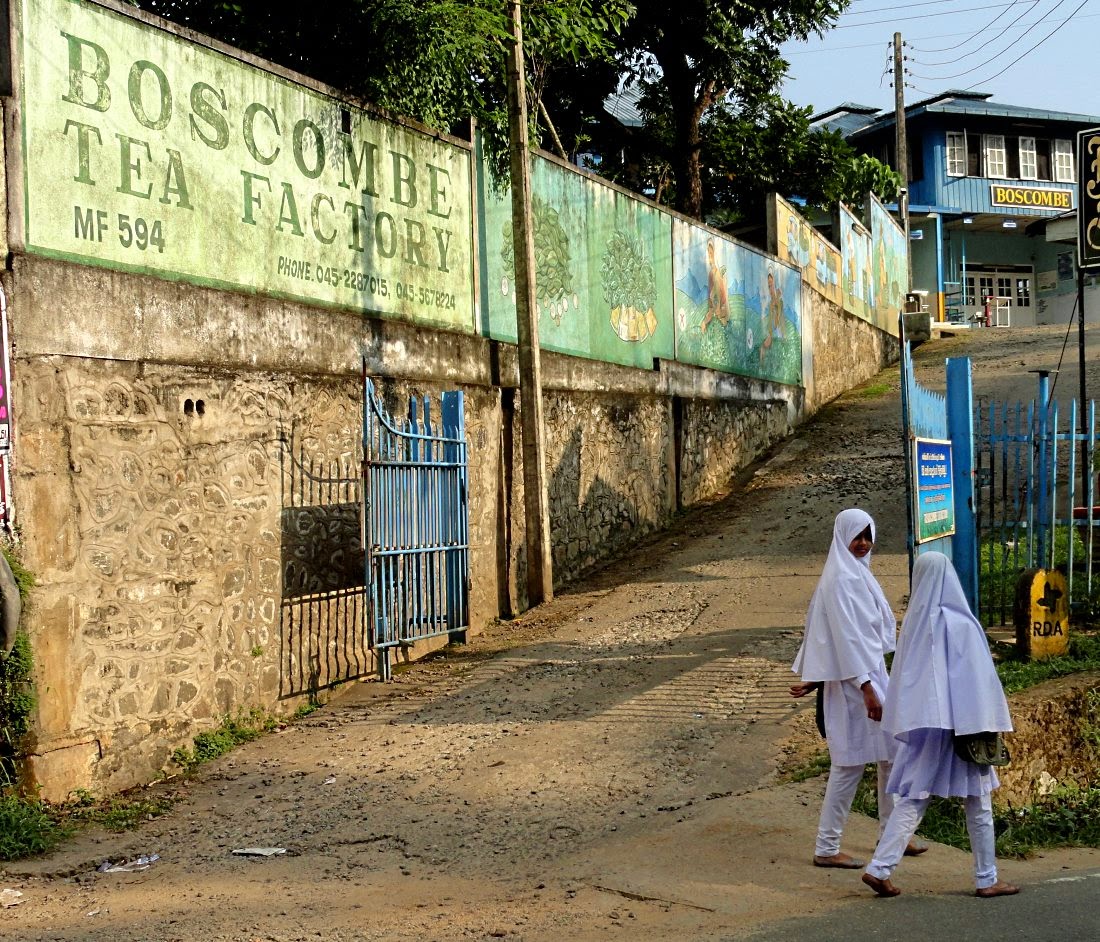 Finally I got into Balangoda, a totally untouristed town in the beginnings of tea country (pic). I found the only hotel, which has stunning views over the lush hills and mountains. There is little light pollution here – probably because, if my room is anything to go by, hardly any of the lights work.