A bumper hostel breakfast, all ingredients local. Except for the grapefruit, cereal, butter, toast, jam and milk. The water was regionally sourced though. And the tea was Taylor’s Yorkshire – grown, presumably, on the the lofty tea plantations of Dalby Forest. 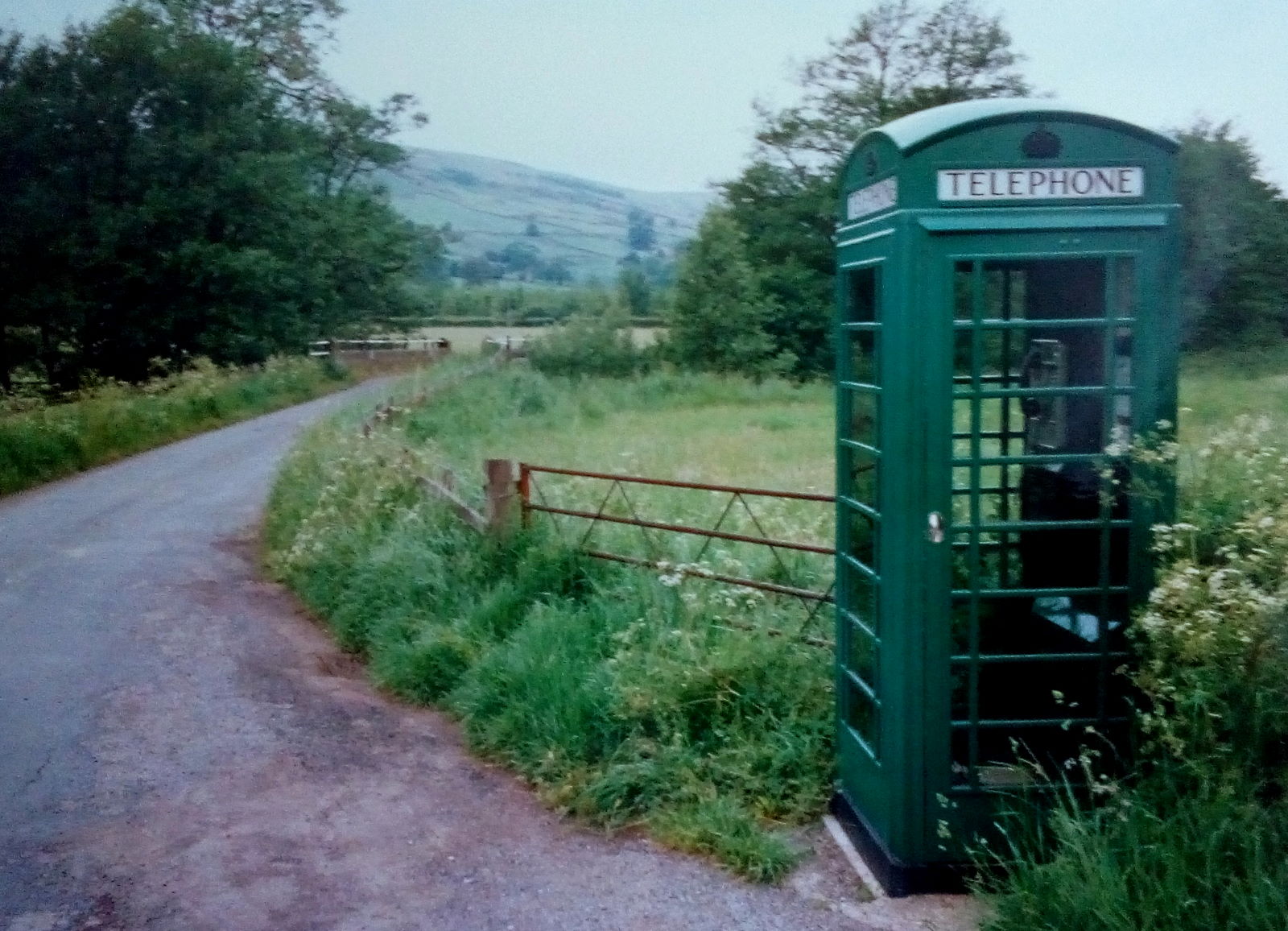 The road north from Helmsley took me up and up into the clouds, past a green phone box (pic).

I wondered if the lady with green paint from Moorlinch had been at work, but apparently it’s all official: they camouflage them so as not to spoil the view, so that nobody, say, needing to call 999, is distracted by the red smudge in the distance. 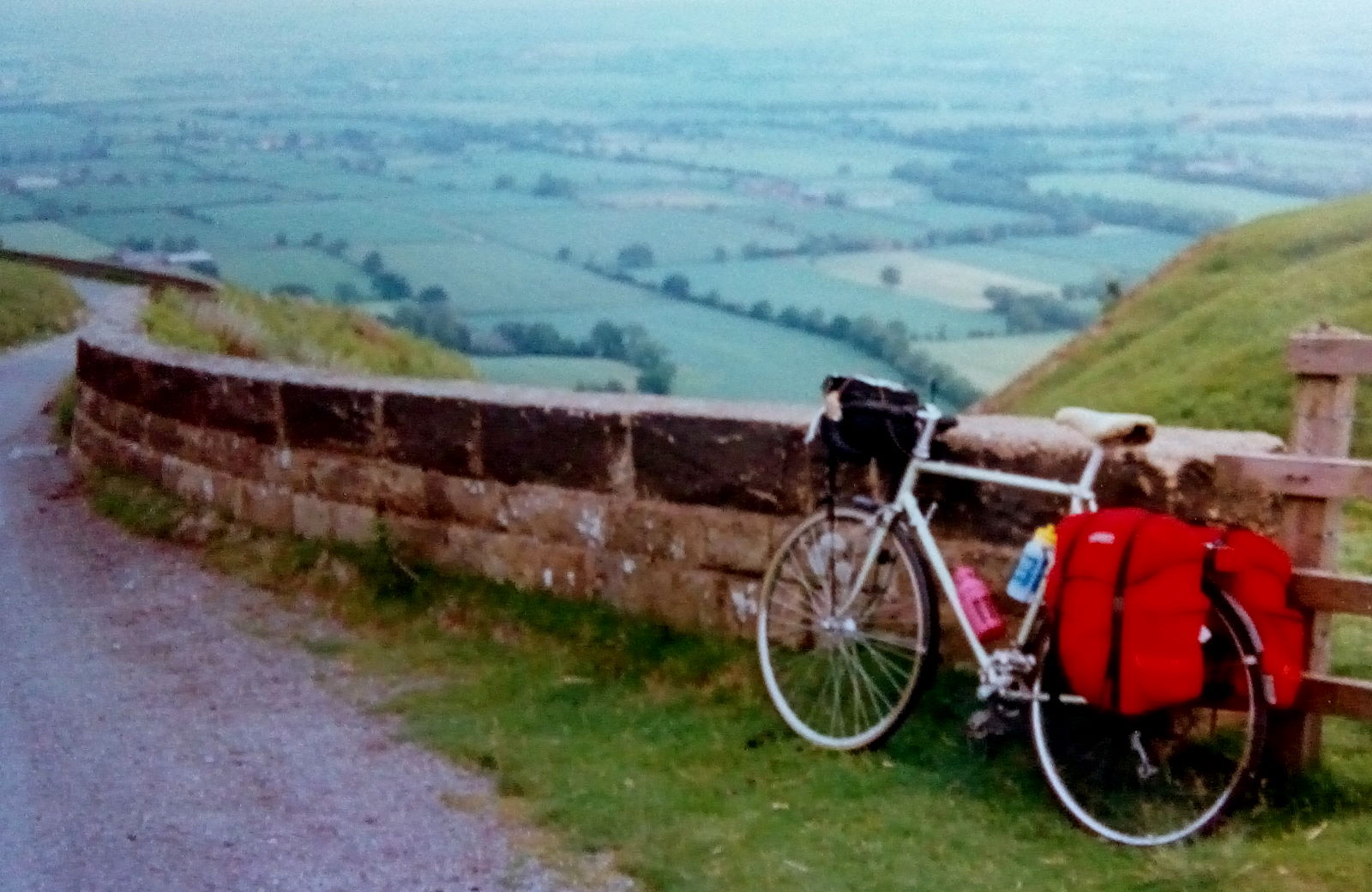 I dropped down, exhilaratingly, out of the clouds (pic), like an aeroplane coming down to land at Gatwick. Once off the northern edge of the Moors, I headed along the plains to the ornate spires and Gothic towers of Middlesbrough. Oh, OK then, the chimneys and smokestacks. 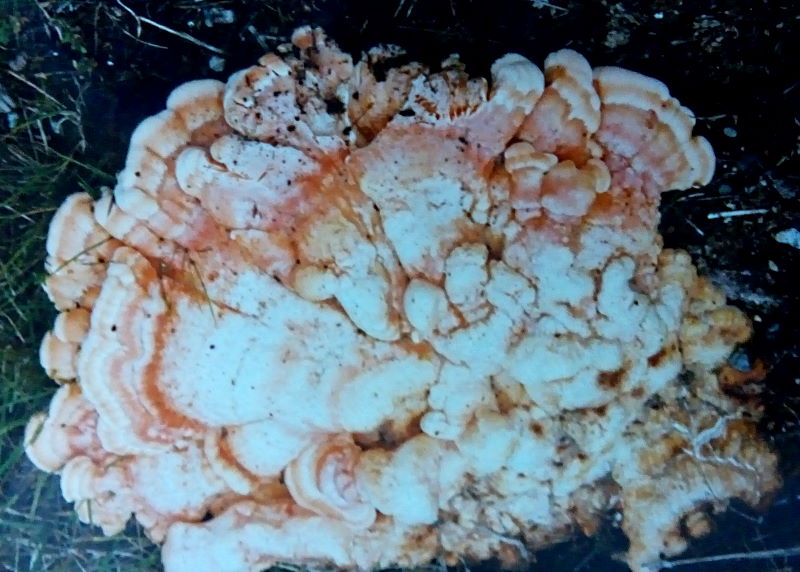 Everything was fresh: the smell, the view, the freedom. Except for my shoes, which after nearly two weeks of heavy rain are getting suspiciously fungal. Clearly the trees round here have the same problem (pic).

In Yarm, a friendly wide-streeted market town that reminded me of Beverley, I had a rather splendid strawberry tart and coffee. Country lanes took me to Ferryhill, outside Durham, whose cathedral spire loomed out the mist.

I sat out a rainstorm, with rather practised weariness, with some excellent local fish and chips in Bob’s Fish Bar. A welcoming Mrs Bob let me sit inside in the dry.

On learning of my trip and its local-food theme, Bob gave me a free can of Coke. Well, maybe the steel had been locally forged in Middlesbrough. Or is it aluminium? Deep-fry rating: Batter my fish, three-person’d God.

It was still pouring when I’d eaten up, though, so I had to slosh through deep puddles and intense rain to Durham.

I went into the Tourist Info to find accomm just before it closed at four. But my heart sank, as deeply and damply as my tyres had done in the endless standing water on the way here.

I’m sorry, the assistant was telling a few disappointed waiting couples, there’s no rooms left in Durham tonight. You’ll have to drive to Newcastle.

Oh! There was no way I wanted to cycle another twenty miles tonight.

With the driving couples dismissed, though, things took a U-turn for the better.

Oh, you’re soaking, sit down and dry out for a minute, the nice lady assistant said.

No, I said, I’d better get cycling, you said Durham was full, so…

…he’s cycling Land’s End to John o’Groats, and he’s raising money for asthma research… well I know, I thought of your Kayleigh… and he’s looking for somewhere to stay tonight but the B&Bs are full, and I thought maybe… yes.. yes, I’ll ask him…

(All right! Of course it’s all right!)

What a star. She’d obviously rung up one of her special-reserve accomm options, someone who’d do it occasionally for deserving cases only. I hope I didn’t look too pathetically grateful.

So, I had a lovely, cosy, chirpy family B&B just round the corner, with supper and big breakfast thrown in, and a comfy bed in Kayleigh’s old room now she was at college.

Ever since, I’ve had an abiding love of the Durham accent. 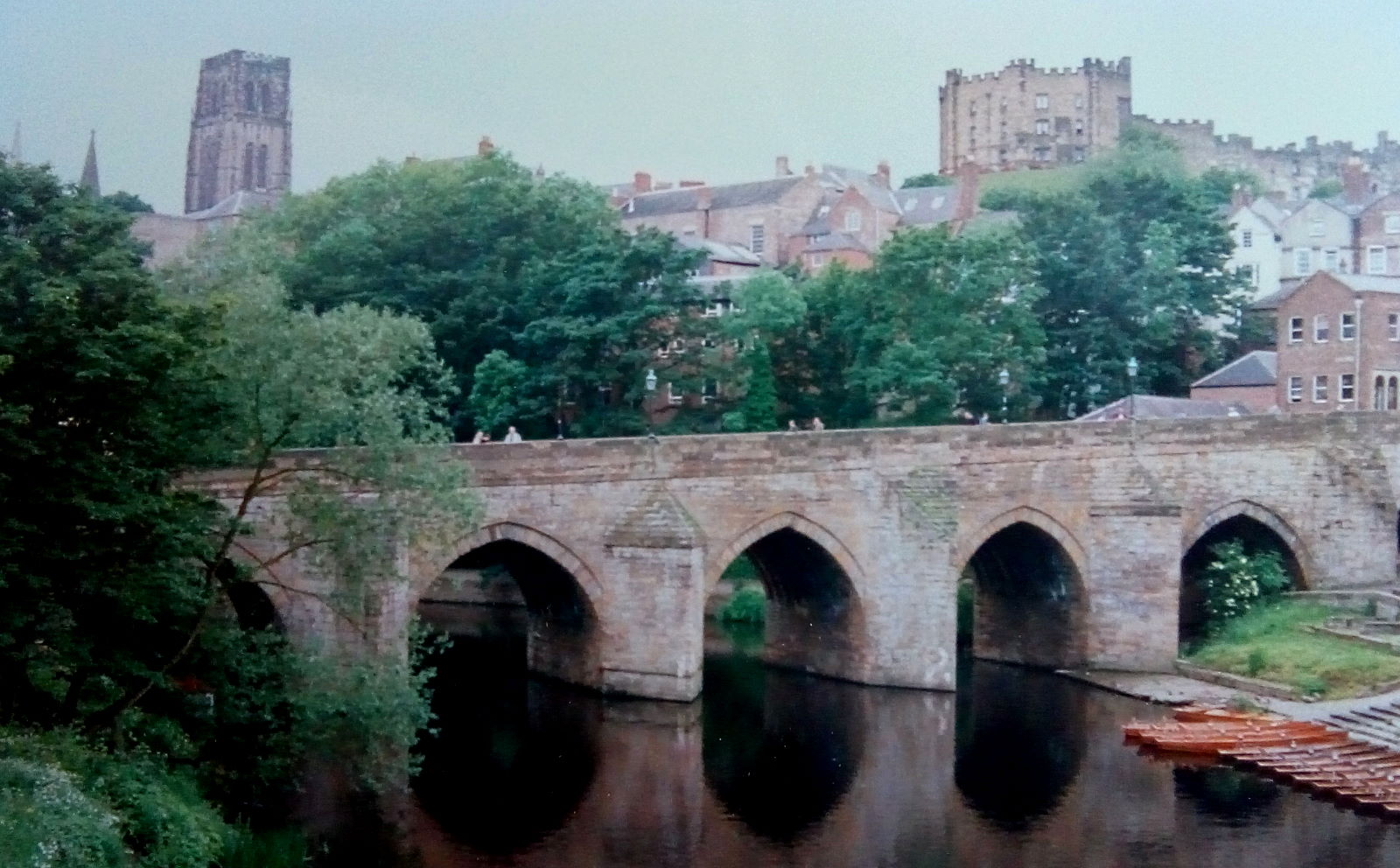 Happy, and showered and dried, I strolled round the centre (pic), and sat for half an hour simply admiring the Cathedral and its grand close, the river, the castle, the park.

I picnicked on a stottie. This, Tourist Info had assured me, was a local speciality: a breadcake the size of a vinyl LP, like some giant bracket fungus. A local bakery had filled it for me with local ham and salad, but to be honest it was all rather bland; sadly they were out of ‘Durham mustard’, which was either a local delicacy or another unsettling euphemism for something. Ham rating: Keanu Reeves.

The evening’s beer quest turned out OK, despite a fruitless search for ‘Durham Breweries Palatine Ale’, my guidebook recommendation.

First up was a pint of not-exactly-local Sam Smith’s Old Brewery Bitter from Tadcaster in the Swan and Three Cygnets. Rich oaky taste, smooth texture. Swan rating: Sails serenely by, won’t break the bank, or your arm.