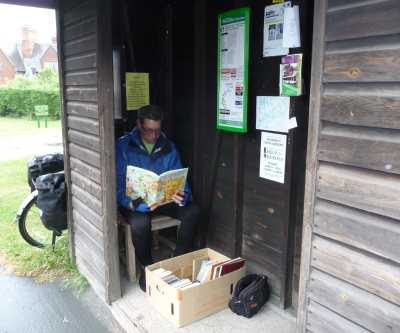 It rained today. All day. Luckily we were cycling in the frankly dull country round East Midlands Airport, so there was no scenery to miss.

We found brief shelter from the rain in this curious bus stop in the village of Kingston on Soar, which has its own two-seater library. 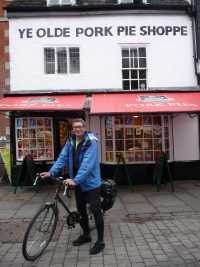 As you enter Melton Mowbray, where we had lunch, the sign describes it as ‘Rural Capital of Food’. This rather ambitious claim seems to be largely based on its being the origin of (a) Stilton and (b) Pork Pies.

I came here on my Lands End-John O’Groats trip in 1997, so this is where my two End to End routes happen to cross. 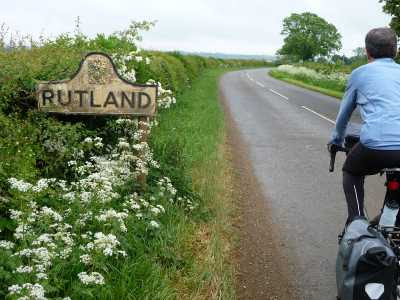 Here’s Nigel just as he entered Rutland, and just before he left Rutland.