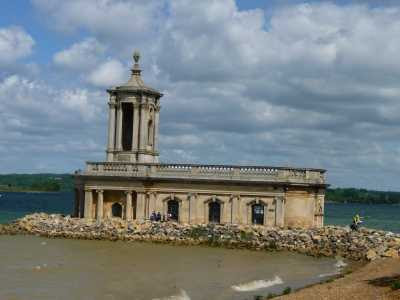 Round a bit of Rutland Water this morning. The reservoir was still farmland when Abba were in the charts. Now it’s England’s largest lake in its smallest county, and it has a bike track all around it, as well as a half-submerged Italianate church that looks as though it’s taking to sea. 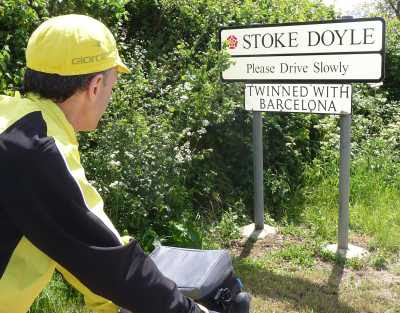 It was windy enough today for it to do just that. But luckily the electric-assist gale was right behind us, and the bike computer was ticking over as if by itself. The day was a delightful scoot through pretty honey-stone Northants villages, such as this ambitious one. Yes, that’s what the sign really says. 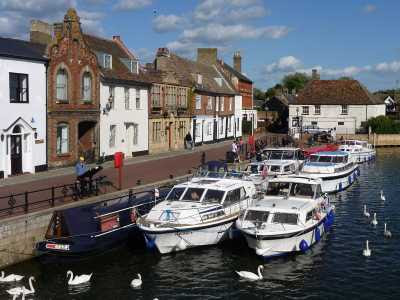 As I was going to St Ives, I met a man with seven wives. He has since been arrested on six counts of bigamy, and his wives charged with 392 offences of cruelty to animals. 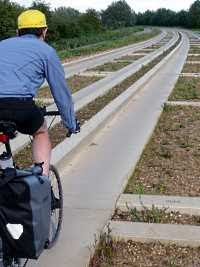 From St Ives to Cambridge it was all along the Guided Bus Track, a showpiece bus-tram hybrid, and Britain’s biggest such. Or at least it will be when they stop wrangling over what’s caused it to overrun and whose fault it is, and actually get it going.

There’s a farm track by its side, too gravelly for most cyclists. So, while the tram-bus chimerae are still in their packaging, the concrete track itself provides a smooth, if excitingly narrow, alternative.