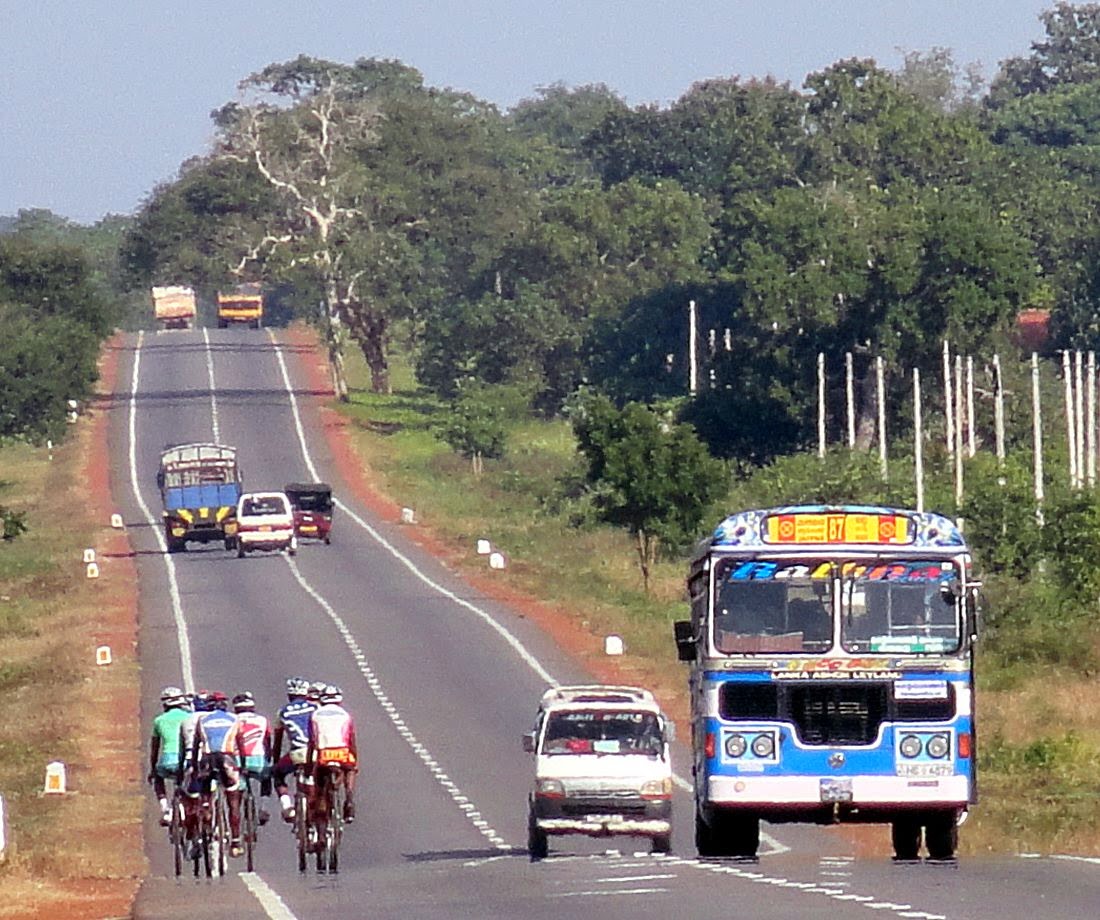 The A9 reminded me of its Scottish namesake: in my 1997 LEJOG, it was also the most tedious part of the trip, with scenery unchanging from hour to hour, and an irritating headwind. The Vanni, as this northern part of Sri Lanka is called, is flat scrubland punctuated by small scruffy towns, with the A9 cutting a long, boring, straight swathe through it. Still, I did get some amusement: seeing a group of local road cyclists out on a run (pic). 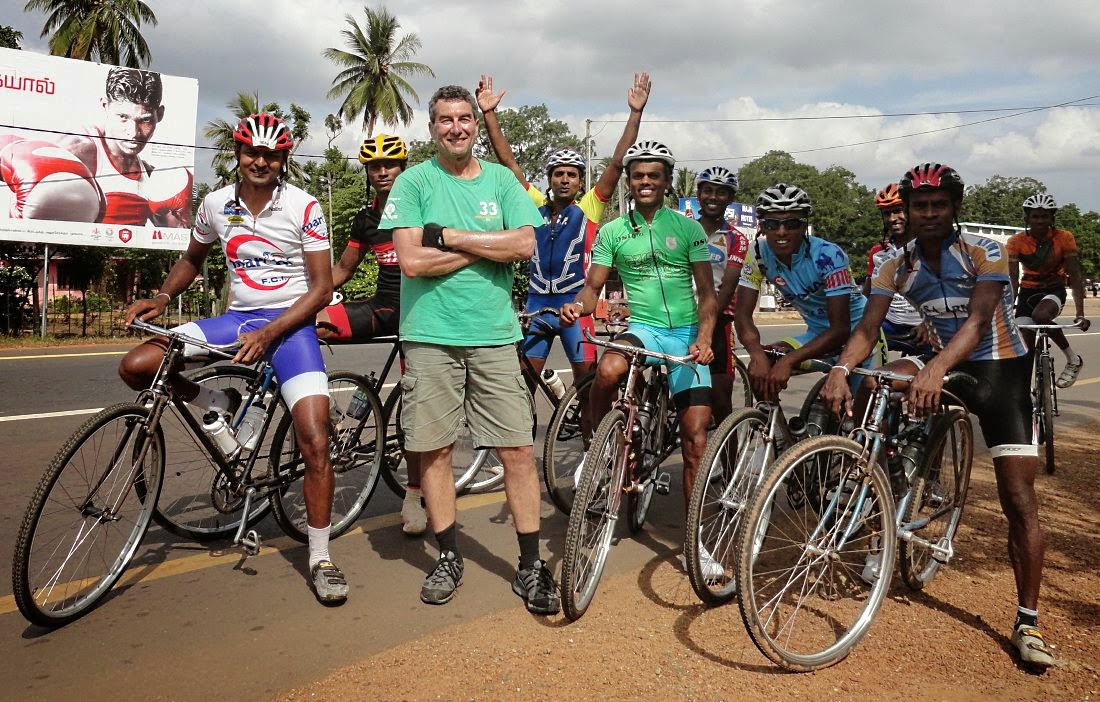 Our paths crossed again later and we stopped for a chat and a snap (pic). They’re the Sri Lankan Army Team, riding cut-down versions of the town clunkers you see everyone riding round here: 28 inch wheels, rod brakes, single speed. They were still a lot faster than me. 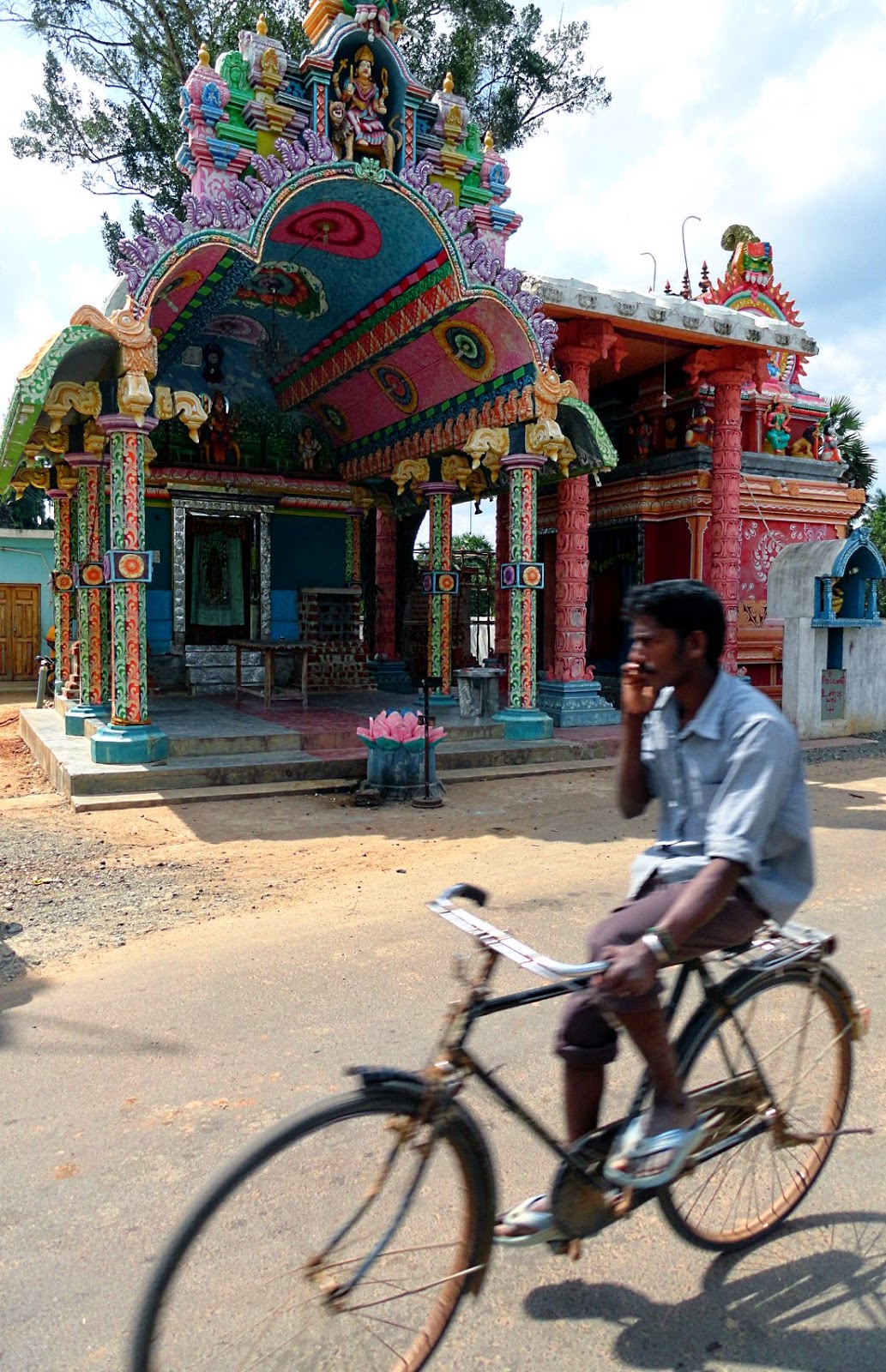 In hot sun, with little sleep last night, and no food bar a breakfast muffin thanks to a mildly upset stomach, I was tired. I had to stop every mile for water as I approached Kilinochchi, my target for today. This is very much Tamil territory, as the technicolour Hindu temples show (pic).

I wasn’t too interested in the finer points of polytheistic representation in Hindu architecture though. I was just desperate for a comfy hotel bed, for an afternoon nap. Fortunately I got one.