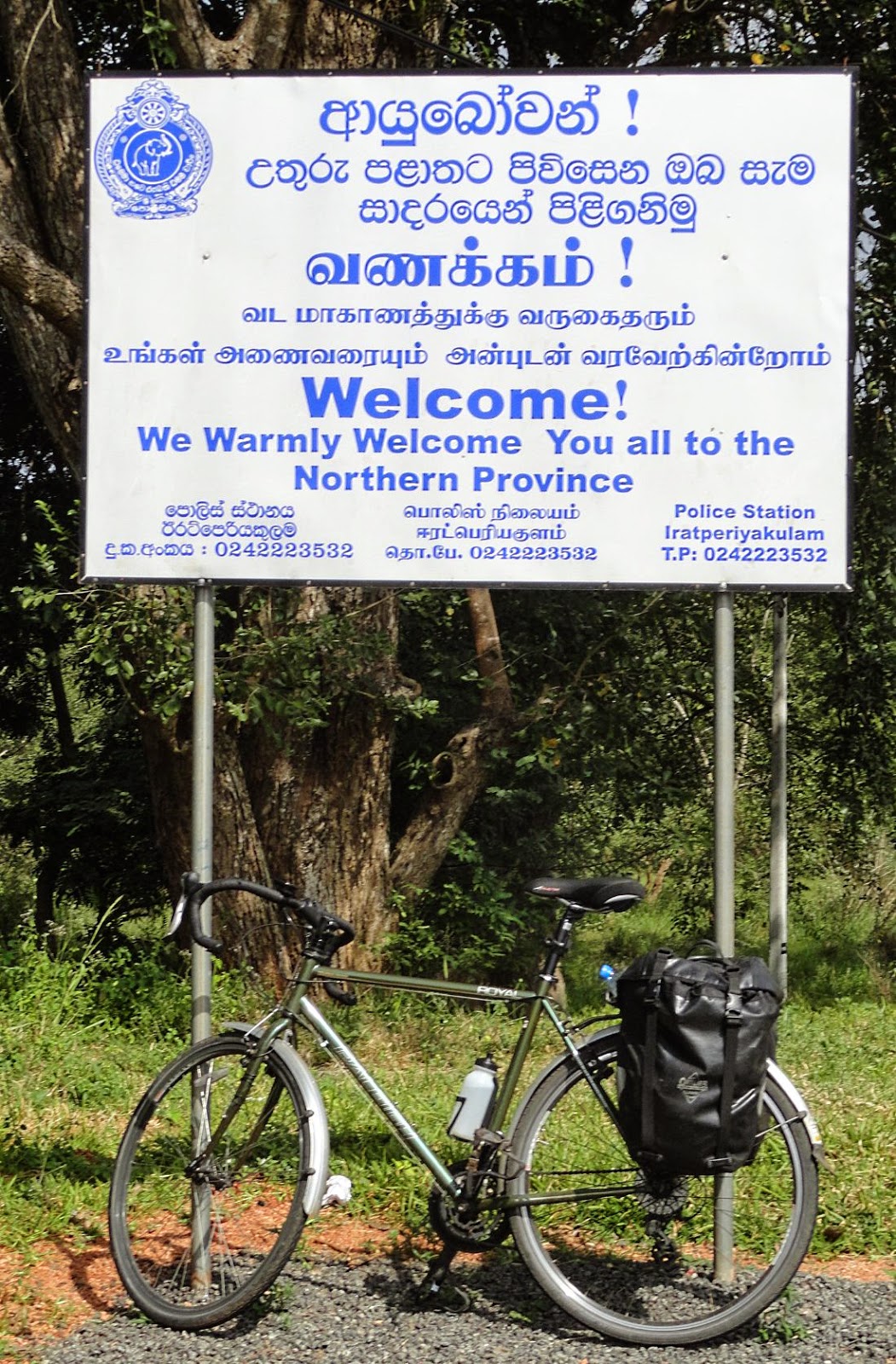 A short day today, entering the flat, green Northern Province (pic). Until 16 Jan this year, you needed a permit from the Ministry of Defence in Colombo to enter. I queued up there to get mine, and two days later they abolished them.

The checkpoints are still there, but the army officers now spend the interview time asking questions such as Is this your own bike, What is the weather like in England, Do you think Ian Bell is strong enough against the short ball, etc. 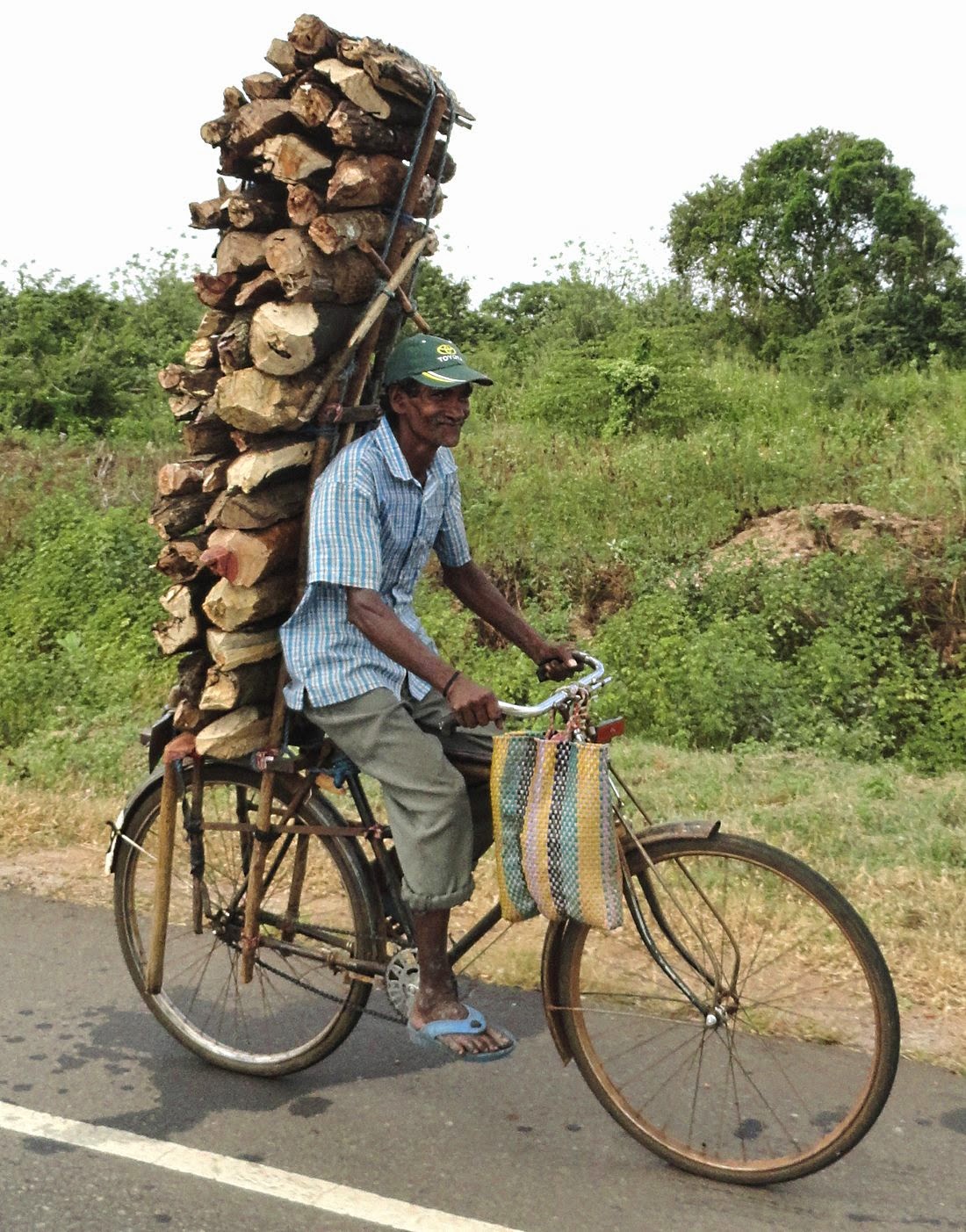 There are lots more people on bikes in this region than elsewhere in Sri Lanka, some of them carrying enormous loads. This was one of the most extravagant (pic). I wonder if the army guys stopped him to ask him how he kept his balance. 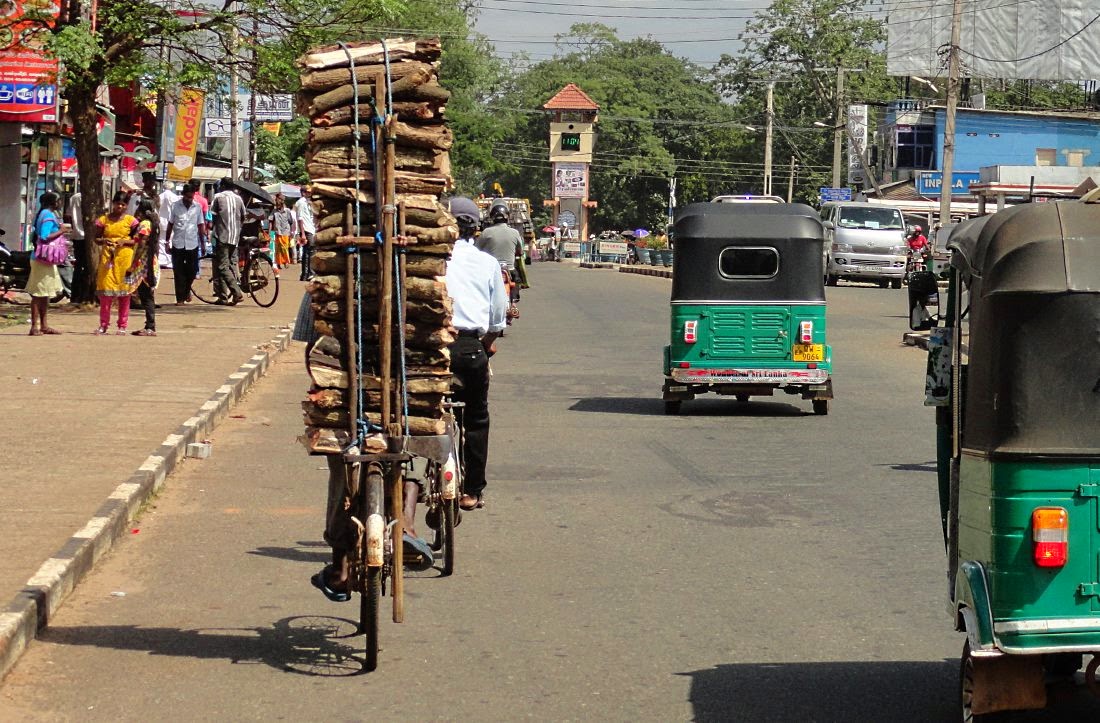 Log Man was pretty fast. I overtook him, then when I stopped for a swig of water he passed me. It wasn’t until the busy town of Vavuniya, my overnight stop, that I caught him up again (pic).