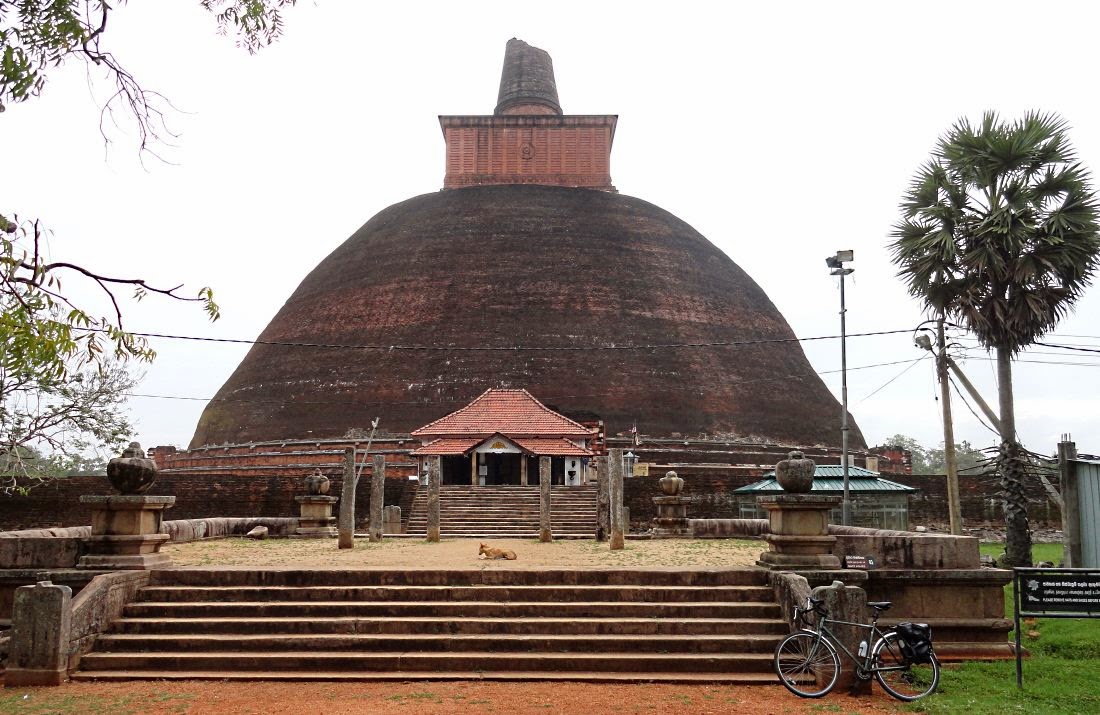 A pleasant, easy day on the bike, exploring Anuradhapura’s extensive ancient ruined sacred city, dagobas and stupas. I wasn’t sure what a dagoba was, but here is one (pic). When this was built, about 1200 years ago, only two Egyptian pyramids were bigger. I’m still not entirely sure what it is, but it’s solid, and made of an awful lot of bricks. Enough, it’s calculated, to build a wall ten feet high from London to Edinburgh, which would make the A1 even more difficult for pedestrians to cross. 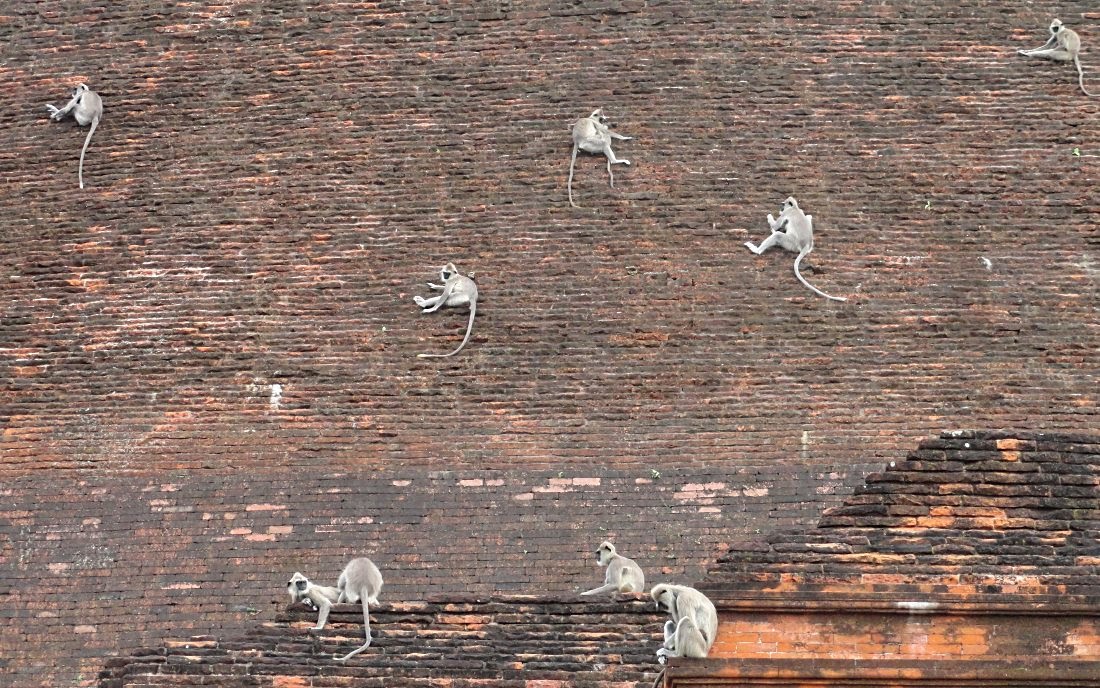 Lots of monkeys live around the dagobas, and like to climb up the steep walls. It all looks very precarious (pic).

The ruins are spread out over several square miles, with living villages in between, making a bike the best way to explore them (pic). I was glad not to be in a tour coach, or a motor-trike taxi, constantly stopping at handicraft stalls. I was more interested in fruit juice. 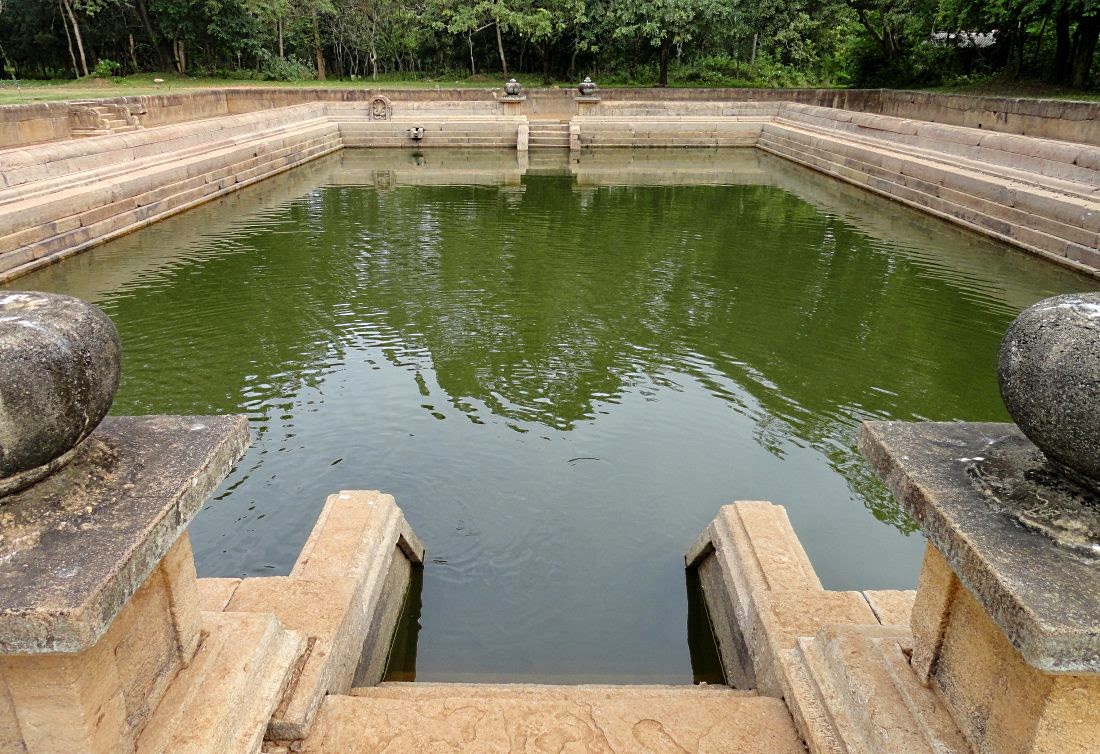 I was rather taken with this pair of swimming pools, built around 800 and used by monks. The deep end is 17 feet, so they must have had a pretty high diving board. 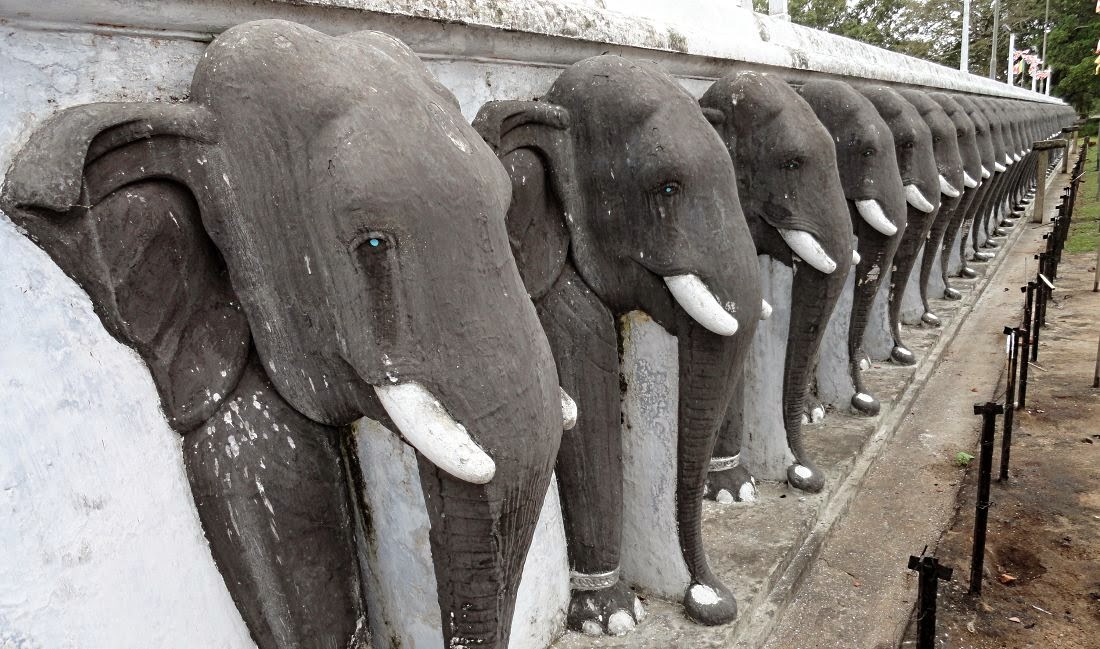 And I liked this frieze of elephants guarding yet another dagoba. But by lunchtime I was dagoba’d and stupa’d out (and had seen the Famous Two Thousand Year Old Sacred Bodhi Tree, which looked like, well, a tree). It was time to go back to town for a cheap and delicious curry, eaten with fingers, in a local restaurant, and some more fruit juice. (No pic – my fingers were too sticky to use the camera.)