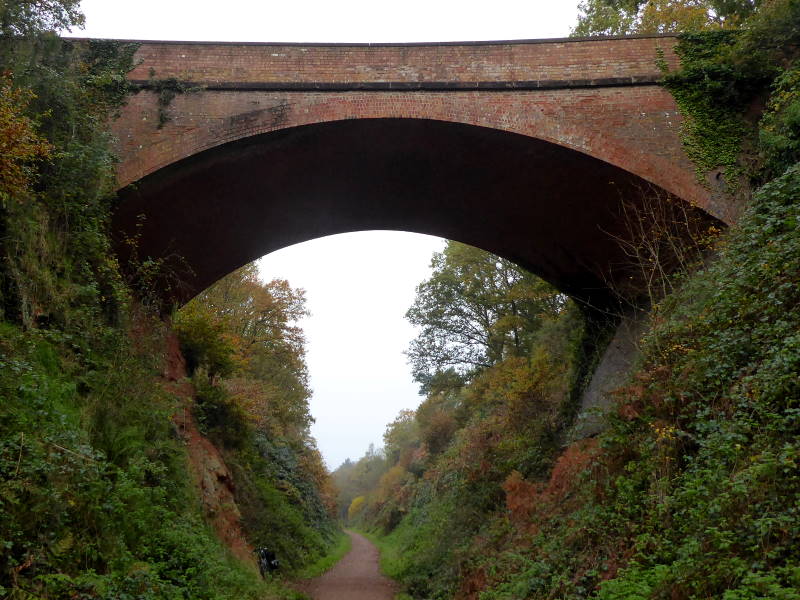 It was tempting, having finished most of my research, to take the easy option today: one that would involve simply dawdling round Kidderminster, maybe having a leisurely breakfast and lunchtime pint, and getting an early train home.

Then I asked myself: would this be the behaviour of a cycle-route research professional? I decided it would be, so it’s exactly what I did.

I went back down the canal to Stourport but then east on the Leapgate railtrail to picturesque Hartlebury and up tiny lanes back to Kidderminster.

The town’s most famous son is Rowland Hill, who in the 1840s pioneered the postal system and the Penny Black. Cheap, cheerful and no-frills, it revolutionised the daily life of ordinary British people.

(That’s the stamp, not the former Wetherspoons here of that name.)

I headed north up the canal, through Cookley Tunnel, a 65m burrow through the red sandstone that dominates the area. Like Bewdley’s bridge, it has Telford written all over it, as well as plenty of other graffiti.

I was intrigued by a cave at a lock just north of Wolverley. There’s a lot of caves round here; evidently some around Cookley would have provided refuge to the British government in the event of a nuclear war, which is a cheery thought.

And at Kinver, nearby, you can find the most recently occupied cave houses in England, inhabited until 1960 – sadly I only found out about them after the trip, which at least saved me the agony of deciding whether it was worth paying the National Trust entry fee.

After the scoot downhill into pretty Wolverley village, I celebrated the end of my working week with a pint at the Lock Inn. Well, it was Monday lunchtime already. I like cycle touring.