A hot sunny day of quiet Normandy and Breton countryside. And a lot of English-looking farmland en route to Fougères this morning, though of course it could only be France because the cows were shrugging and the cars were giving me loads of room when they passed. It’s true, drivers, even HGVs, really do give you more time and space in France. (Though that could be because it’s time to wash that cycling top.)

At Fougères I stopped to admire the castle and the cobbled square before it (pic). I wasn’t bothered about going inside the castle itself (I can see ancient crumbling architecture at home in York any time, I just have to wander round my house)… 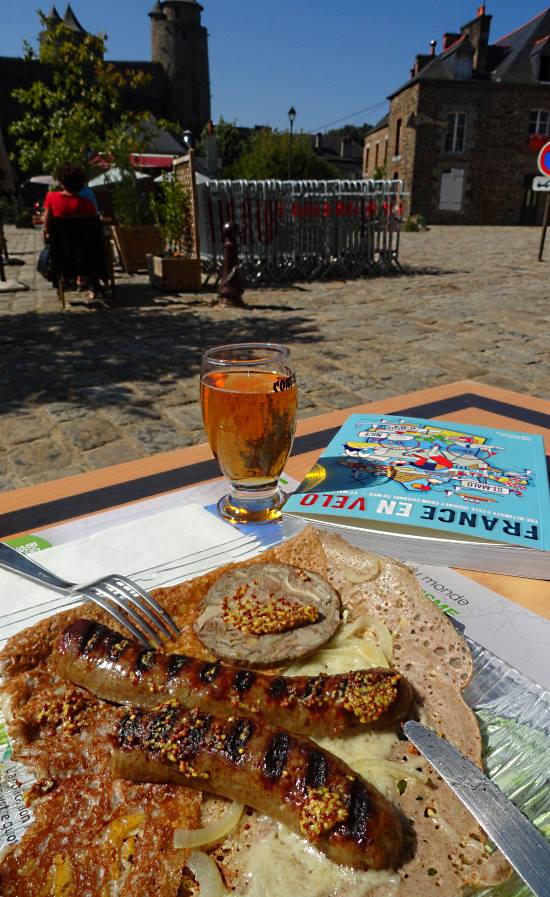 …But I did enjoy a lunch at one of the restaurants in Raoul II Square. This was a ménu medieval: a glass of cider, dessert, and for main course, a Breton galette with a mighty sausages and two slices of andouillette (pic).

This is made from those bits of an animal you’d normally give to the dogs, and is described as a ‘delicacy’ or an ‘acquired taste’. It tastes the way pig farms smell.

I’m glad I had it, though. Because it means I never have to have it again. 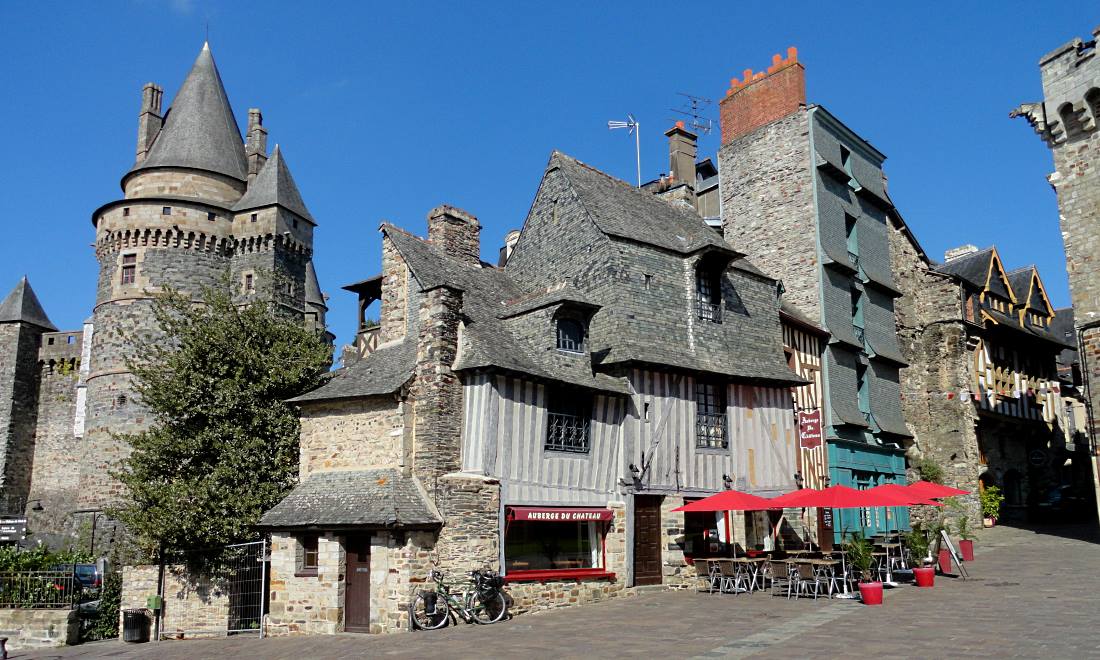 Country lanes got me pleasantly to Vitré, a picturesque if sometimes jumbled town with a lot of medieval buildings (pic). It was a sunny evening, and the pavement cafes were full of beautiful young people being cool over a coffee or glass of wine. For me though dinner’s couscous and a cup of Yorkshire tea at the municipal campsite.