A day of big climbs – over 1400m all told, and I’ve just told you so it must be true – but well worth it for some stupendous views of the Verdon gorge.

The early morning ascent to Aiguines gave me a view back over the town of Les Salles, where I spent last night (pic), and Lac Ste Croix beyond. It’s amazing how a patisserie pain au chocolat and slug or two of coffee can power you up these mountainsides. And I still had a raspberry cream custard sponge cake thing in reserve. 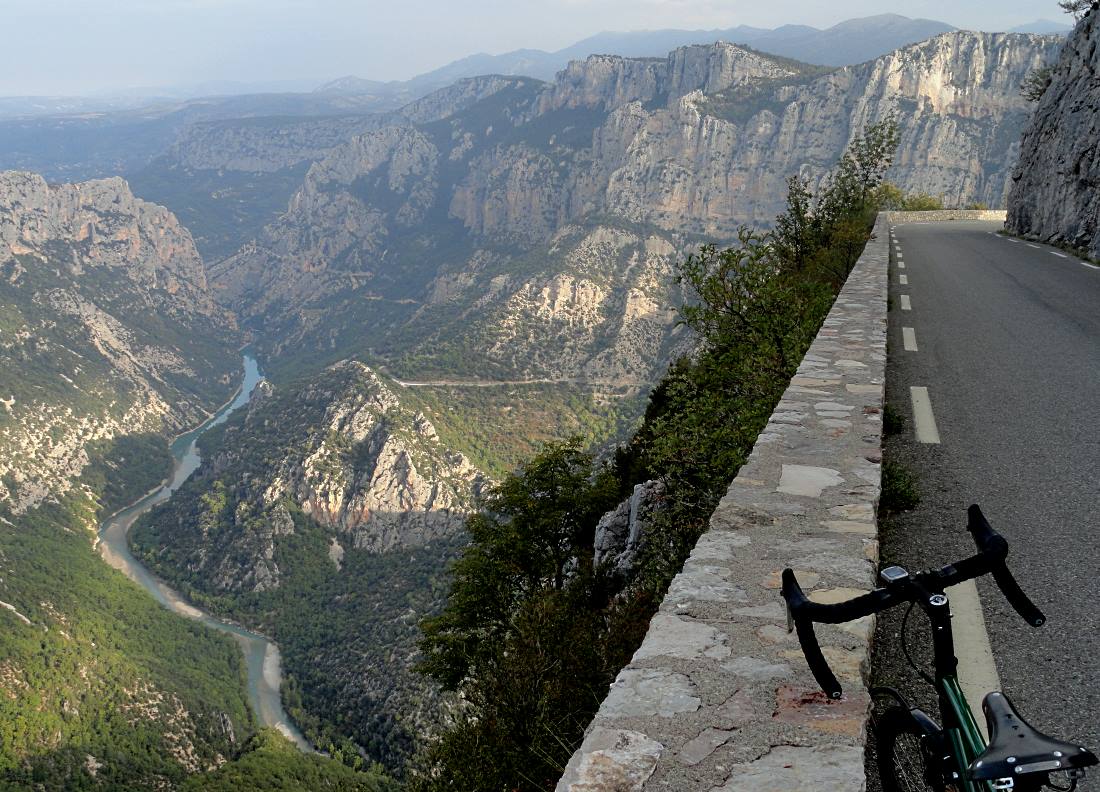 The road kept rising, giving ever more dramatic views of the vast gorge (pic). I wanted to include my raspberry cream custard sponge cake thing in the picture, but between my finger pressing the button and the picture being taken, I couldn’t resist eating it. 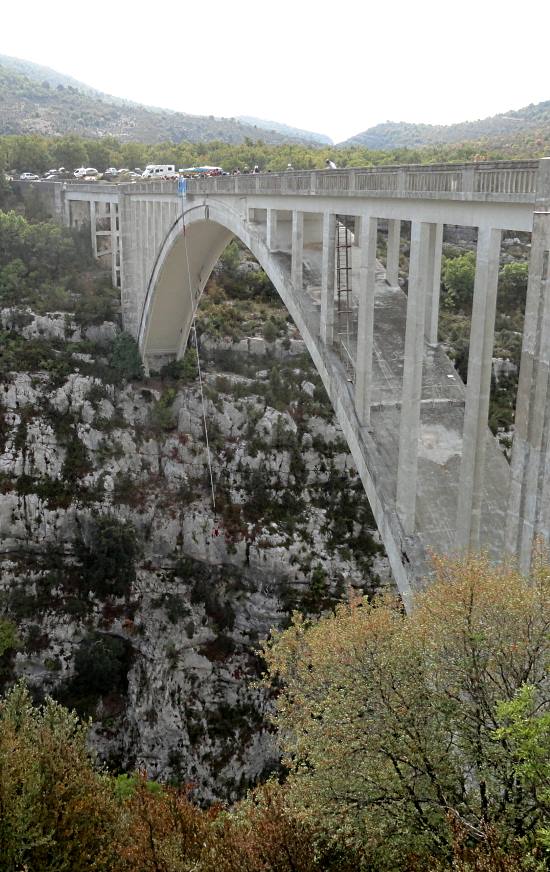 At the awesome bridge over the Artuby gorge, a tributary of the Verdon, there was a bungee jumping event (pic – you can just make out the guy doing it). A mere €115 a pop.

Fortunately, I did a bungee jump in New Zealand in 1999, so I never have to do one again. 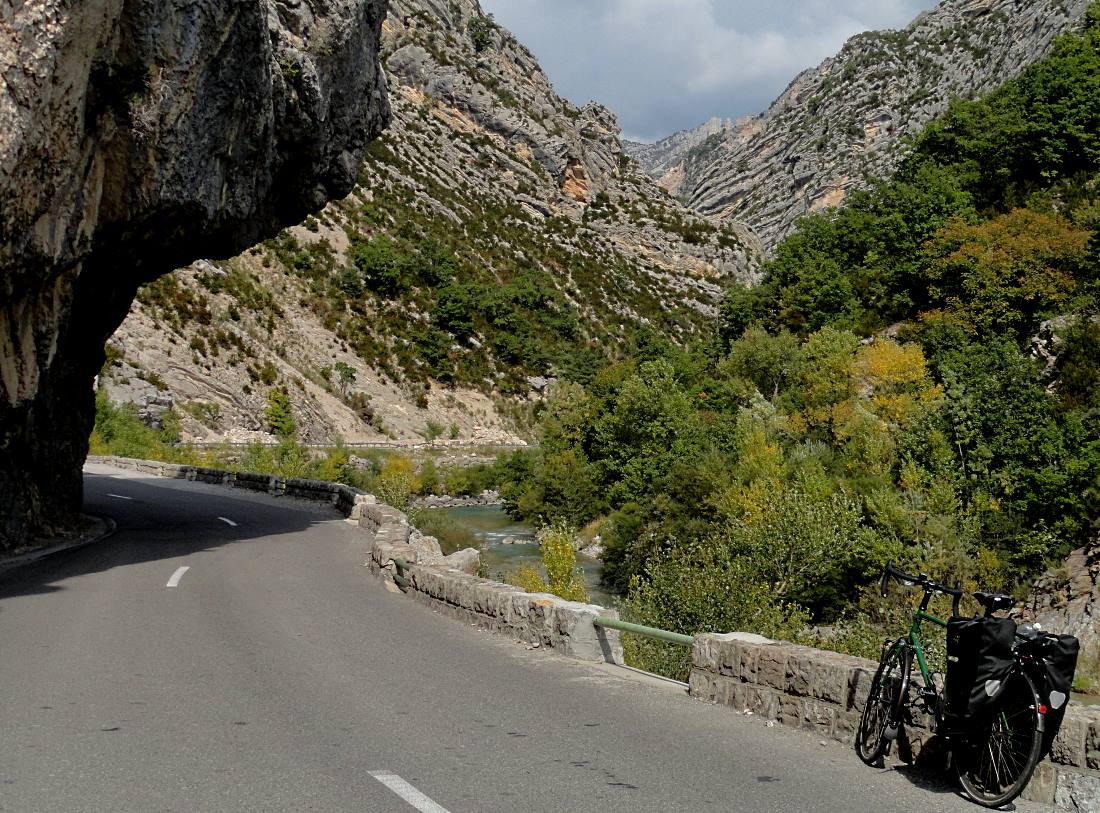 Eventually (after a lot of downhill) I got back to the Verdon gorge, now on the road right down by the waterside of its upper reaches (pic). Yes, those overhangs do look a bit fragile. The southern French cycle touring equivalent of going under ladders, perhaps. I cycled rather briskly under them. 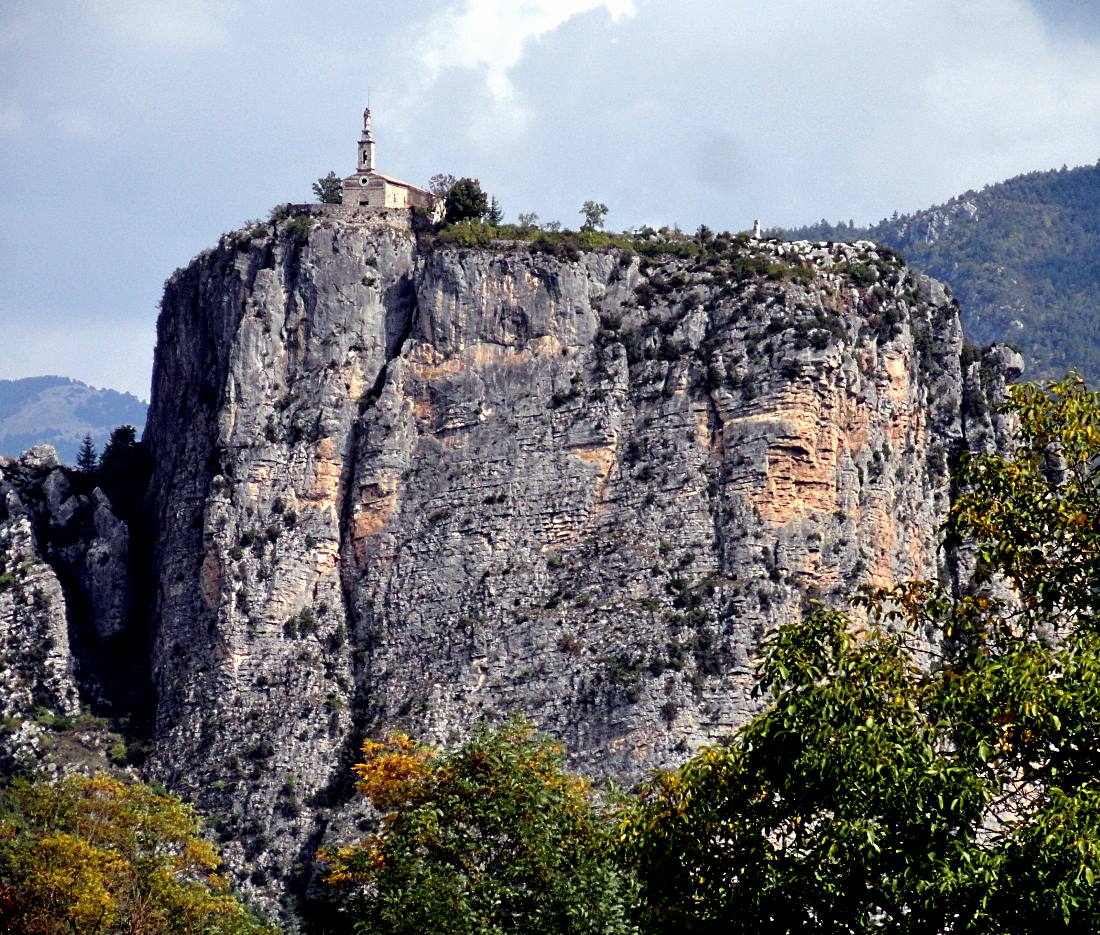 I’m staying in Castellane tonight, another handsome old town. It’s famous for its chapel built high up on a rock a 30 minute walk from the car park in the square (pic). If they do weddings here, it’s not a good place for the best man to realise he’s left the ring in the car.