We all know Yorkshire is the centre of the world, but where’s the centre of Yorkshire? In other words, if the historic county was made of plywood instead of rocks, where would you be able to balance it on the point of a pencil stronger than the one in my WH Smith Pocket Diary?

There have been various claims. The village of Barkston Ash, between Selby and Leeds, has an ash tree said to mark the ceremonial centre of the county. If you spit at it, legend has it, you will die a year and a day later. The same used to apply to the locals in the pub near my house, though with less of a wait. (It closed and is now a Heron Foods, thank goodness.)

Other claims have been made by the village of Moor Monkton, northwest of York, whose church was sometimes said to be the centre; while an Ordnance Survey press release a decade ago marked the village of Cattal, outside Harrogate, as the middle point.

More recent work by the OS, however, has decided on the village of Hessay, just west of York, as the geographic origin of all things Yorkshire. My friends Si and Sue were staying for the weekend, so a visit there to find the central point seemed a good excuse for a bike ride.

We set out on the Sustrans route up the Ouse. Beningborough Hall is a popular stop for Sunday cyclists (pic). For just £2 you can get an excellent bacon butty, so long as you can find someone to lend you another £4. It’s not a place for a cheap date. 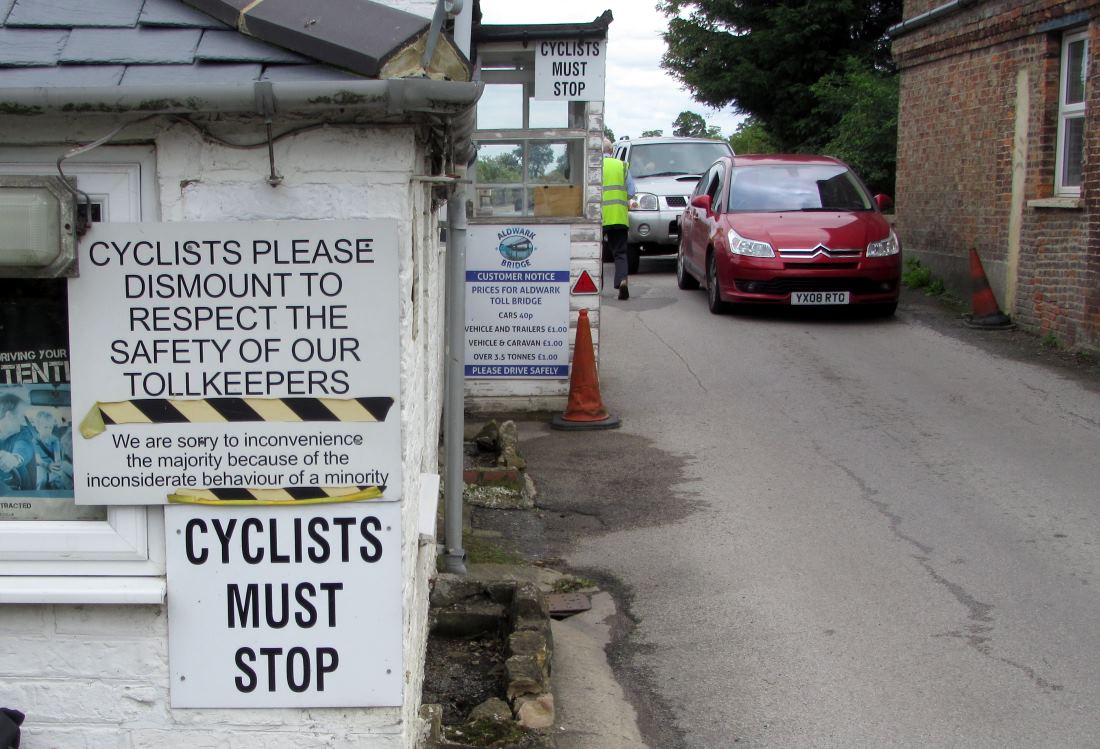 The only crossing point of the Ouse between York and Boroughbridge is Aldwark Toll Bridge (pic). The delightfully clanky old wooden thing was built in 1772, which seems the last time it was serviced. Cars cost 40p but bikes are free. It saves a 25-mile round trip and was once hit by an iceberg, so goodness knows how easy it is for them to insure it now.

We dropped in to the pleasant village green of Nun Monkton, so called because it used to have some nuns and, er, a ton of monks.

It boasts the tallest maypole in the UK (pic), at 88 feet high, and its extent skywards has caused concern to local RAF pilots.

In a place where bridges get clobbered by glaciers, anything could happen. 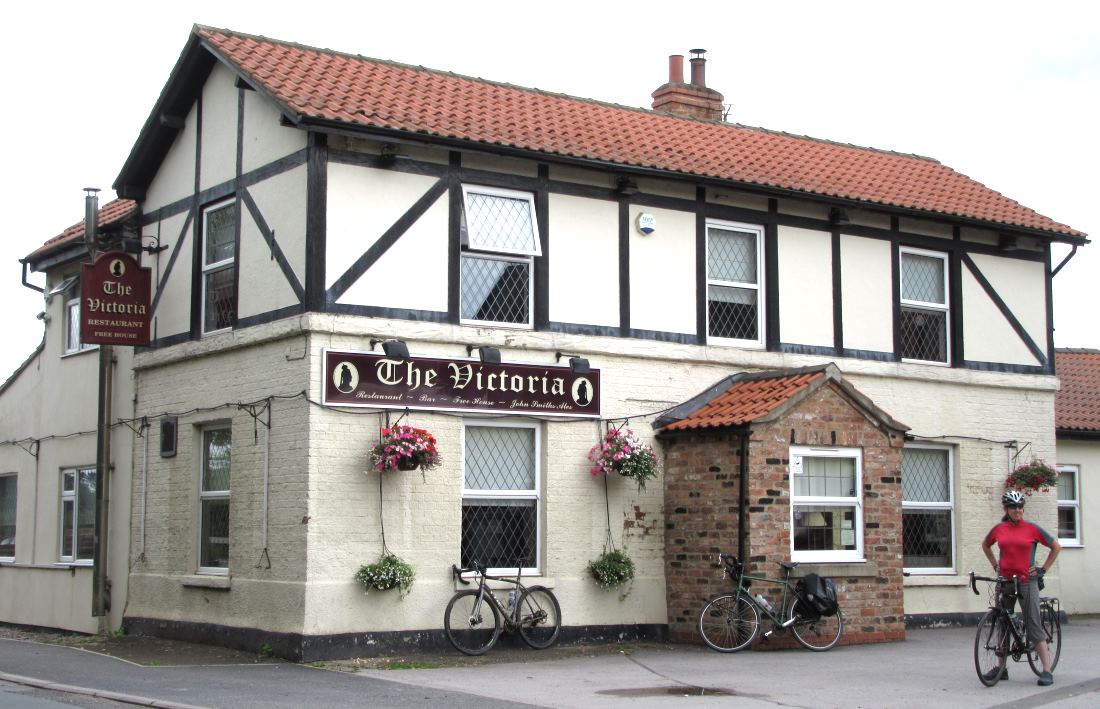 We’d hoped to get a pint in the ‘pub at the centre of Yorkshire’, the Victoria at Cattal. Unfortunately it didn’t open this Saturday lunchtime, so there was no chance to test anyone’s balance at the supposed ultimate balancing point. 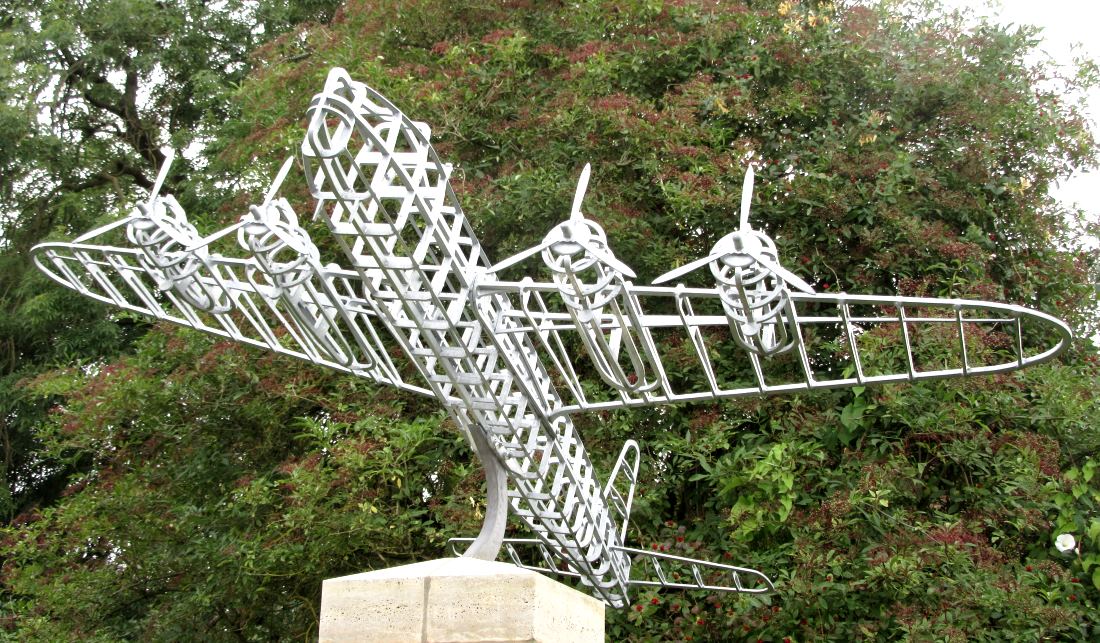 Down the road in Tockwith we did catch a pint, though, and spotted this small monument (pic) commemorating seven airmen who died when a Stirling Bomber crashed here in 1945. Hopefully they weren’t avoiding a giant maypole. 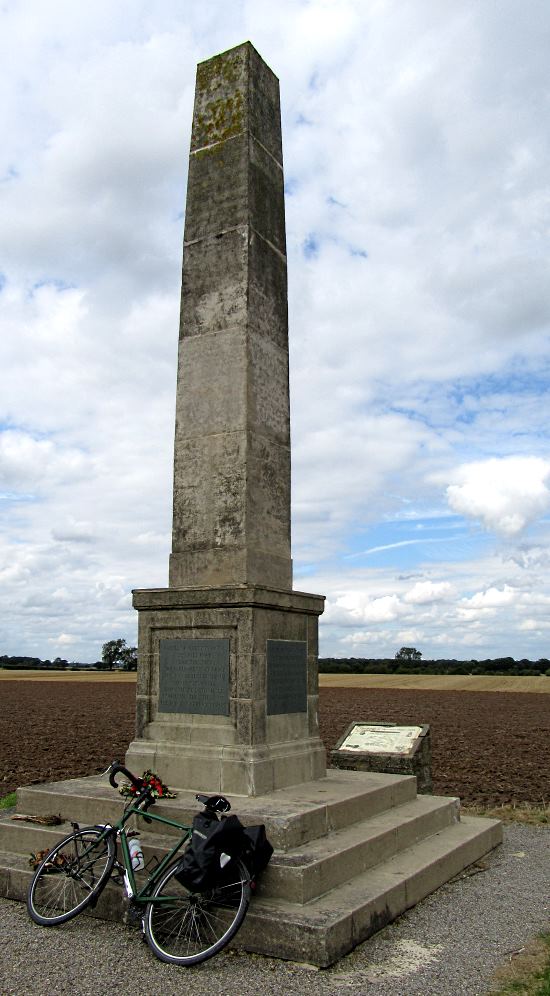 More monuments further up the road at Marston Moor (pic), where Oliver Cromwell’s pro-Hessay troops routed Prince Rupert’s pro-Cattal forces in 1644 in a civil war battle over the location of Yorkshire’s centre. 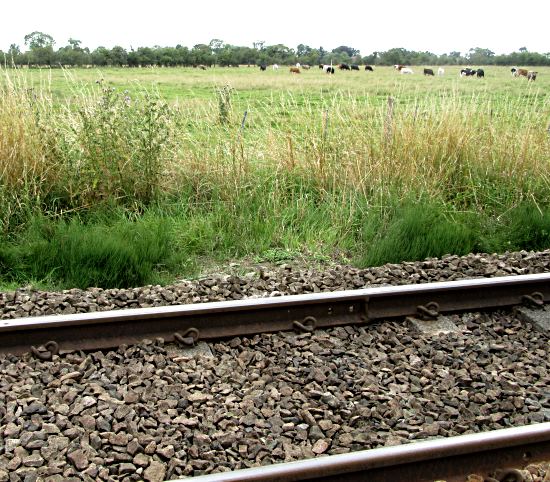 So we headed on to Hessay, the village at the centre of all things. The exact centroid is, as far as my research shows, on private farmland behind 8 Shilbutts Lane (pic). 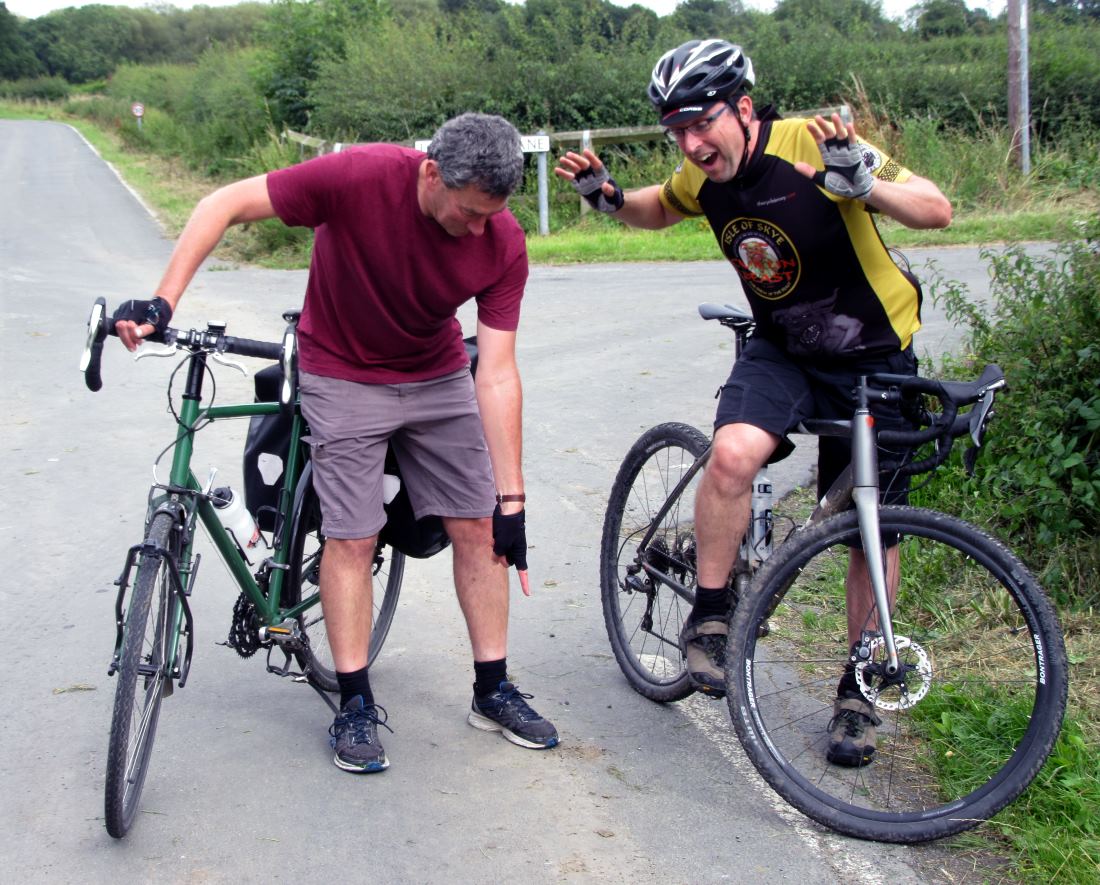 Sadly, Hessay has no pub, cafe, shop or even post office to cash in on its geographic fame. Nowhere to spend money, not even on a stamp. Anyway, with the actual spot being underneath a cowpat in an inaccessible field, we decided to appoint instead this exact place (pic) as the Centre of Yorkshire, and therefore the Centre of the Earth. Yes indeed: the world revolves around this point.

e2e.bike > Yorkshire Ridings > Yorkshire places > Hessay: Journey to the Centre of the Earth