Well, I finished: St Malo to Nice ticked off. Shame there are no puns on my final destination that I could use to say how it’s been. 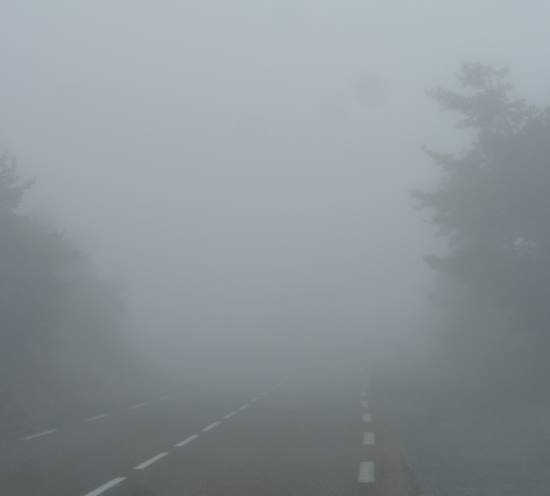 It was a foggy old start to the day (pic). The first hour as I climbed up to 1200m it was like cycling inside Tupperware.

The drivers could see as little as me, but they wisely drove as fast as possible to get through the mist patches as quickly as they could. 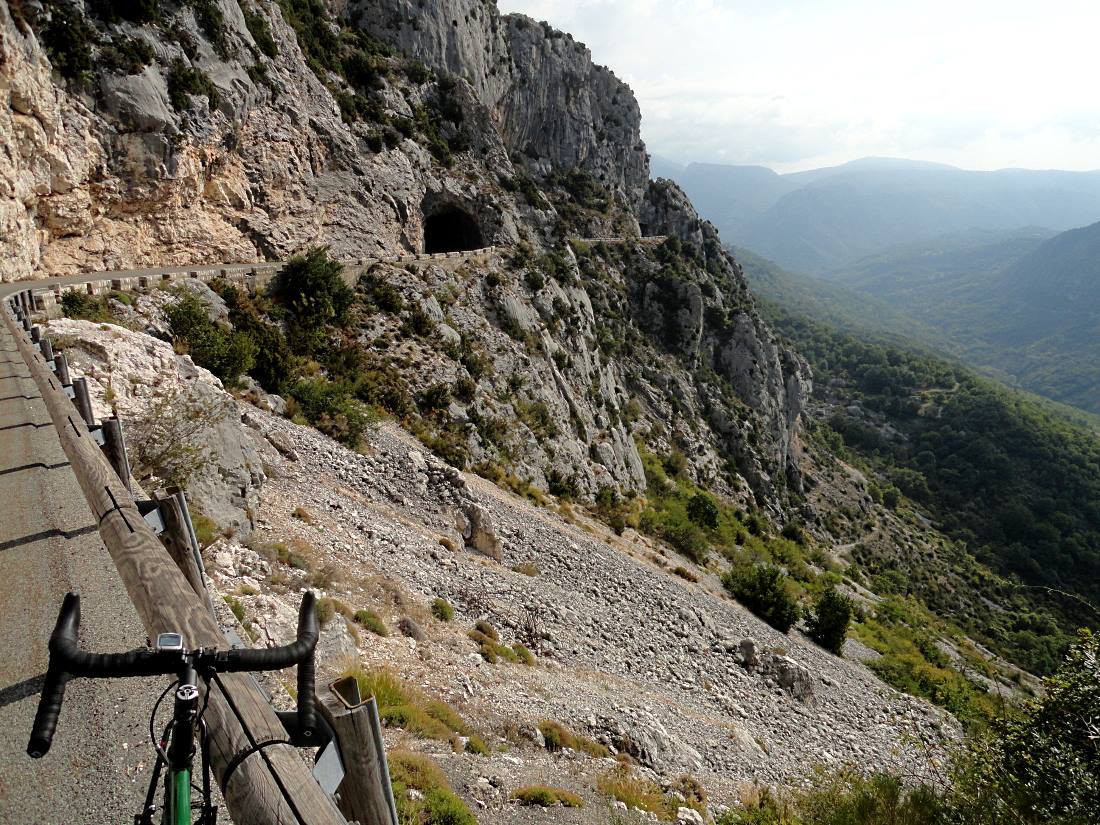 After a flat 20km through high-level meadows, I descended into the cliffside town of Gréolières via this stunning gorge road that clings to the rock face (pic). Apparently it has appeared in several Peugeot ads. Funny how car makers don’t tend to set them in more identifiable situations for British drivers, such as a jam on the York ring road. 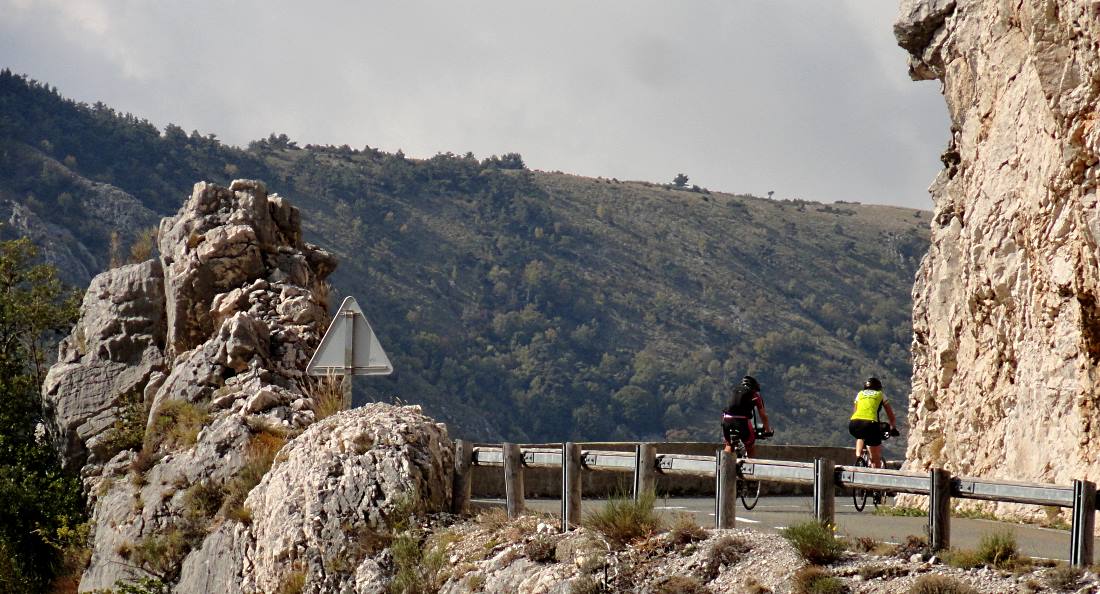 It was quite busy with cyclists though (pic). But they were grinding their way uphill, whereas for me, it was downhill from here all 25 miles to the Med coast. 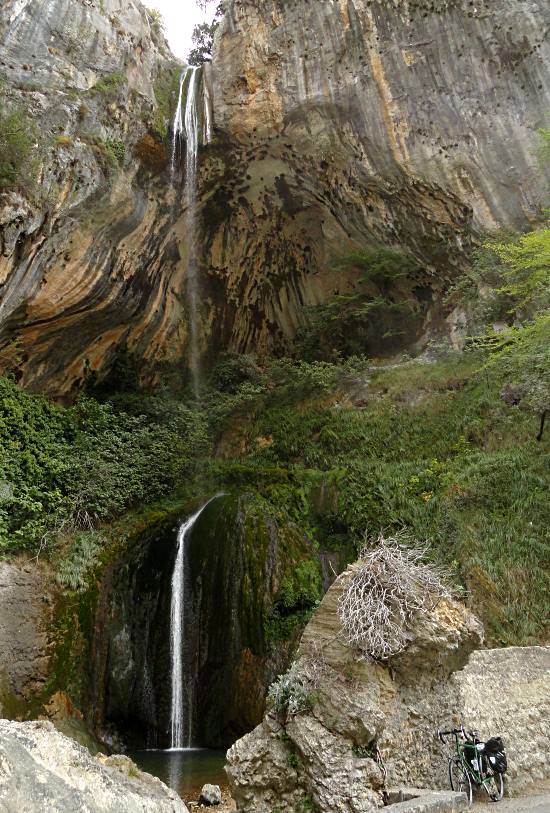 There have been some stunningly scenic gorges on this trip, the last being the Gorge du Loup, which took me down to the coast. It boasts this exotic looking waterfall (pic).

The heavy stream of cold water reminded me of the shower in the hostel I stayed at last Friday. 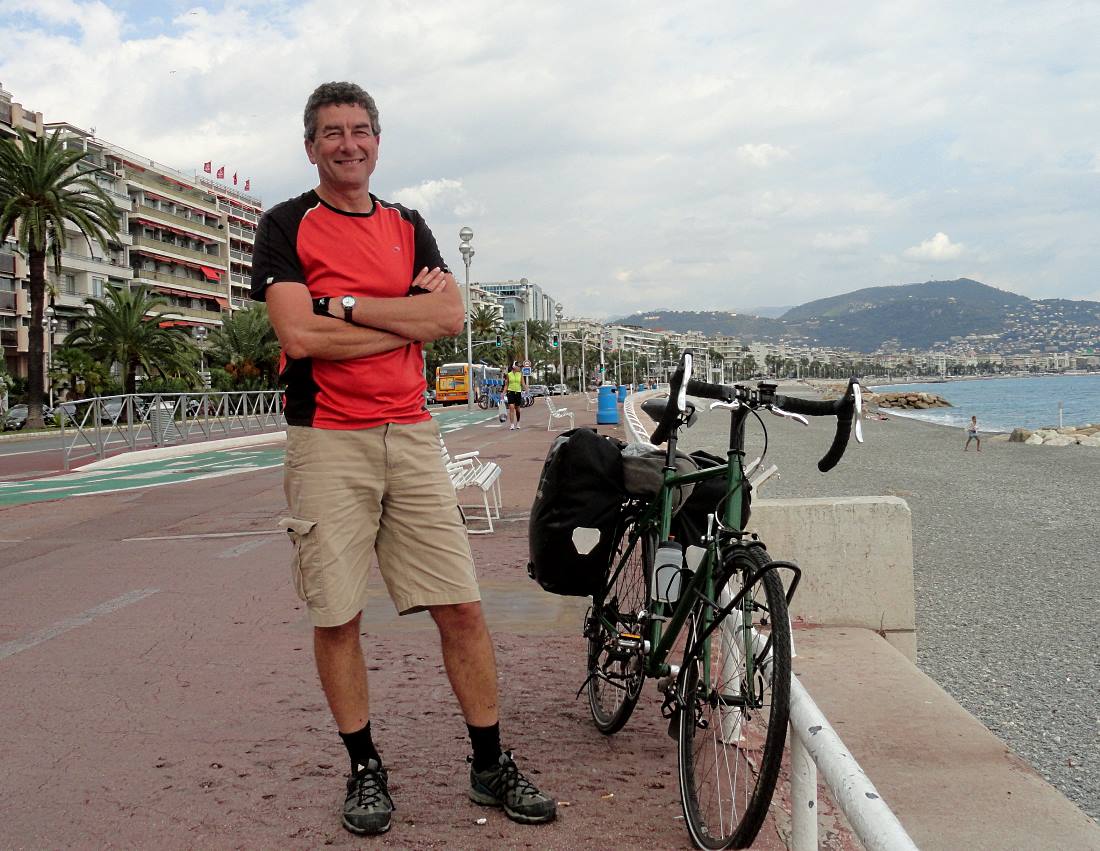 Anyway, I got to the Med seafront about 1pm. From there it was eight delightful miles of trundling along the excellent promenade bike path. I took my time, and lots of photos, and arrived at Nice’s Promenade des Anglais about half past two (pic). I’ll spend a couple of days here, hanging out in the squares and visiting Monaco, and will be on the sleeper train homewards on Wednesday night.

It’s been another fabulous trip. No punctures, no mechanicals, no injuries or niggles. I did lose half a tent along the way, mind, but it was time to chuck it anyway: I was beginning to wake up to find little pools of rainwater in the tent that had somehow emerged during the night. At least I hope it was rainwater.

I enjoyed lots of local food, cake and pains au chocolat, a few glasses of wine, and several million glorious picnic lunches. There was decent weather, not too much wind, some memorable climbs and descents through awesome scenery, and I managed to avoid all the dog turds. I had many, many hours of joy and tranquillity. I really feel I’ve seen the authentic France. Except I didn’t get held up by a strike anywhere.

Hmm. Where next? Can anyone think of a rhyming Spanish coast-to-coast…?