There are few better things in life than to wake refreshed after a fine night’s sleep in comfy bed.

As I now knew to my cost, having dozed fitfully on a lumpy sofa for three hours after a skinful of cheap red wine. I was elevated a little by yesterday’s Craster kippers for breakfast, tangy, oily and with a bracing smack of North Sea about them. I headed north out of Coldstream.

Lovely sunshine accompanied me through the rolling hills to Duns (pic), and abruptly I was in high moorland: the Lammermuir Hills, as featured in Donizetti’s opera Lucia di Lammermoor.

It’s famous for the heroine’s mad scene, when her bike is nicked from outside Pizza Express. 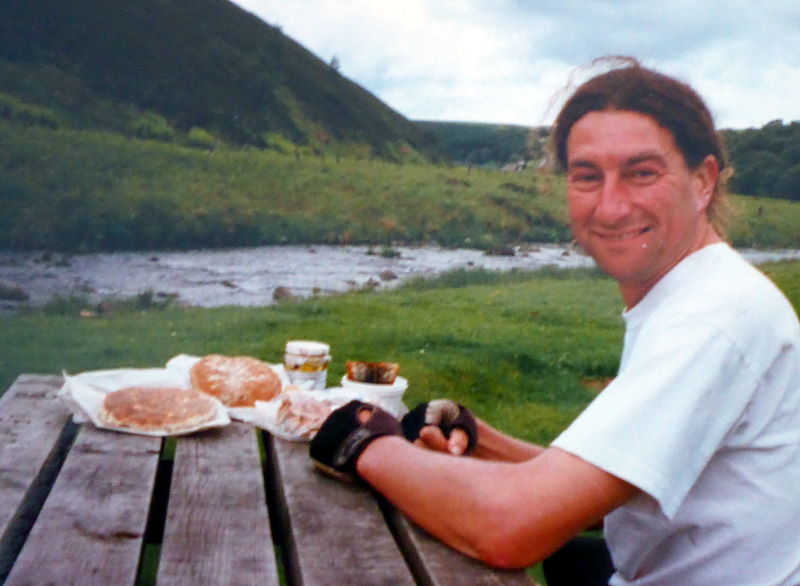 I also had some Lockerbie mature cheddar, rich and mandarin-coloured. Orange rating: William.

My stottie from Duns, though, was disappointing: dry and powdery on the inside, stale on the outside. Felt older than it technically was. Dunn rating: Clive. 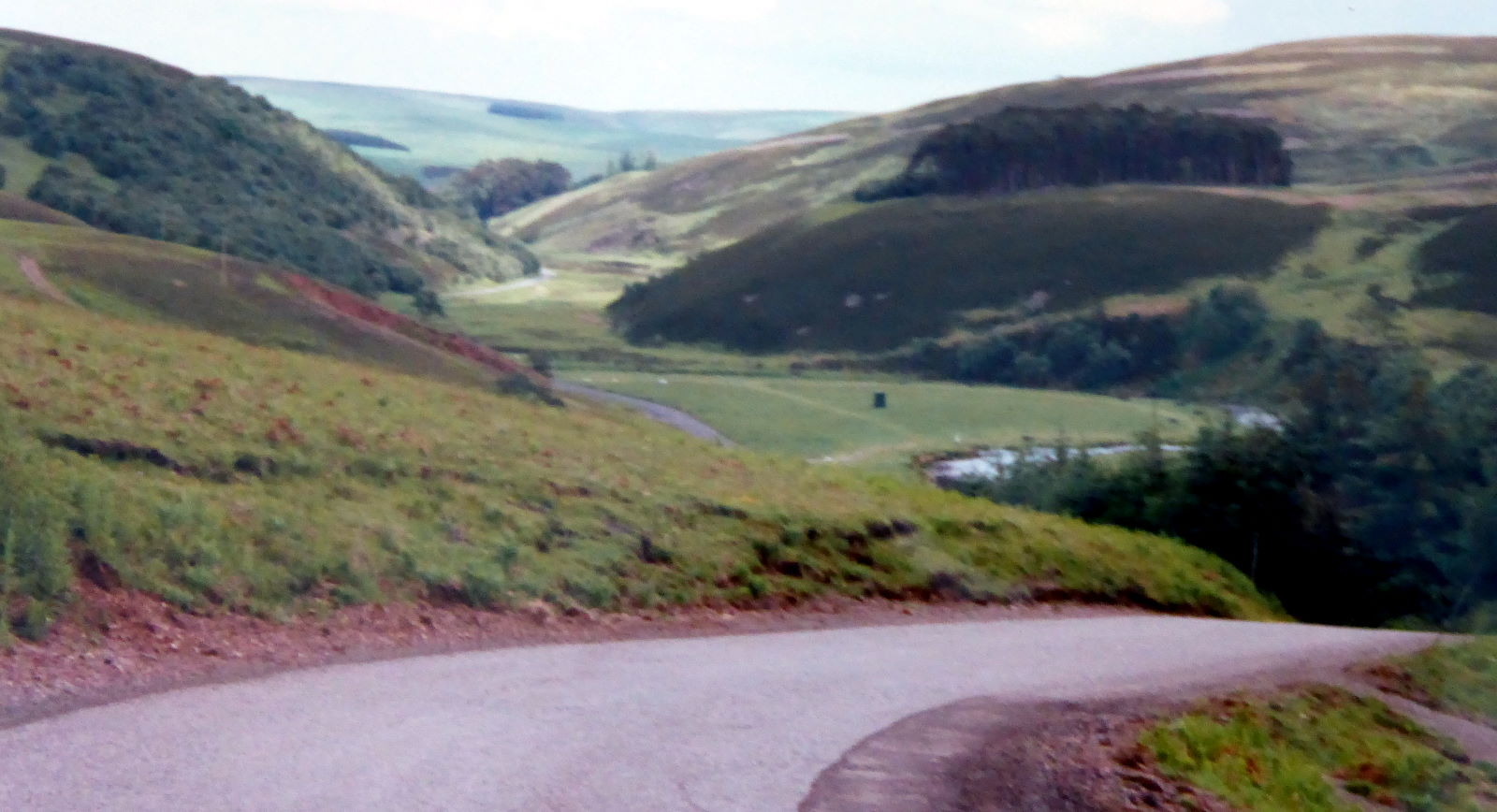 Once over the summit the view towards Edinburgh suddenly opened out (pic). I got a great 180-degree vista of the First of Forth and a long downhill into Auld Reekie, during which it started to throw it down, as it has for much of the trip.

The early-evening Royal Mile was grey and dripping wet. Tourist Info had a long queue of North American tourists looking for accommodation (and would have rushed me three quid for finding somewhere). There seemed little point in staying here tonight, when I wouldn’t have time for worthwhile sightseeing tonight or tomorrow morning, so I carried on. 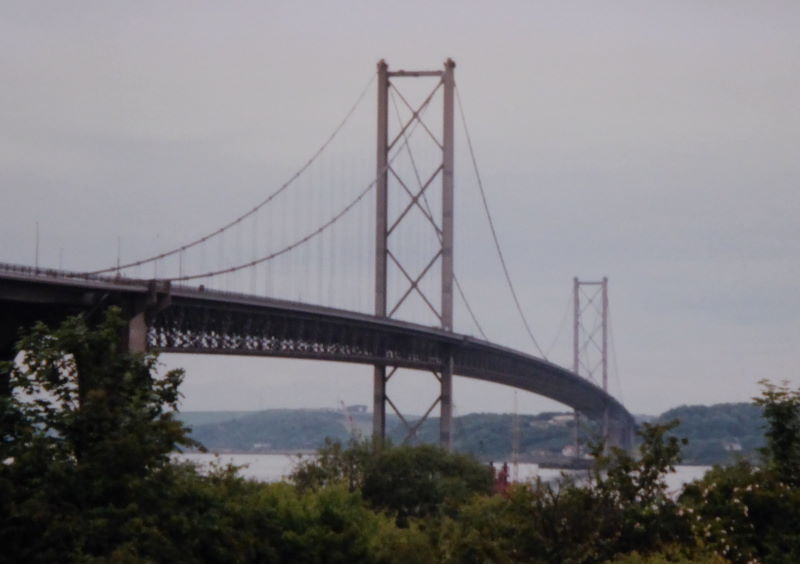 Some city streets and railtrails got me to the Forth Bridge (pic), which was an exhilarating cycle.

I felt liberated as I scooted down on to the northern side of the estuary and into Dunfermline. 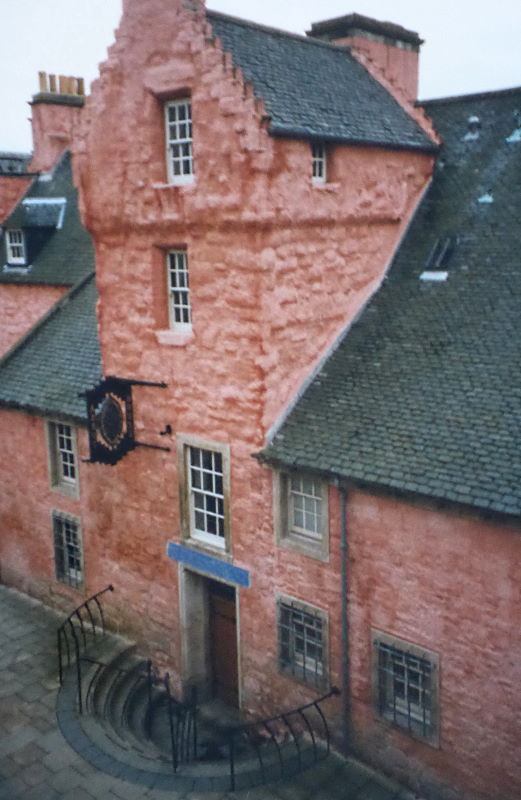 I found a b&b opposite the Abbots House (pic), and utilised the kitchen for dinner.

I still had cubes of goat’s cheese left over from Make Me Rich two days ago, and following the nice lady there’s suggestion, I tipped them over a salad. The cheese added bulk and taste to the leaves, while the oil served as an instant dressing. A decent local stottie accompanied it.

Afterwards I had a ‘singing hinny’, a local speciality that appeared to be a large flat scone. I had it warmed with butter, and it did that sconey thing of lining my teeth with fur. Fake fur, don’t worry. Singing rating: Slightly sharp, too much vibrato.
Miles today: 71
Miles since Land’s End: 885