An action-packed day in Northumbria, more eventful than the mileage suggests.

I passed Warkworth’s imposing castle (pic), one of many on this rugged coast.

Most date from the 14th to the 16th centuries, a time of border wars, when Berwick was perhaps a bit more desirable a possession than nowadays. 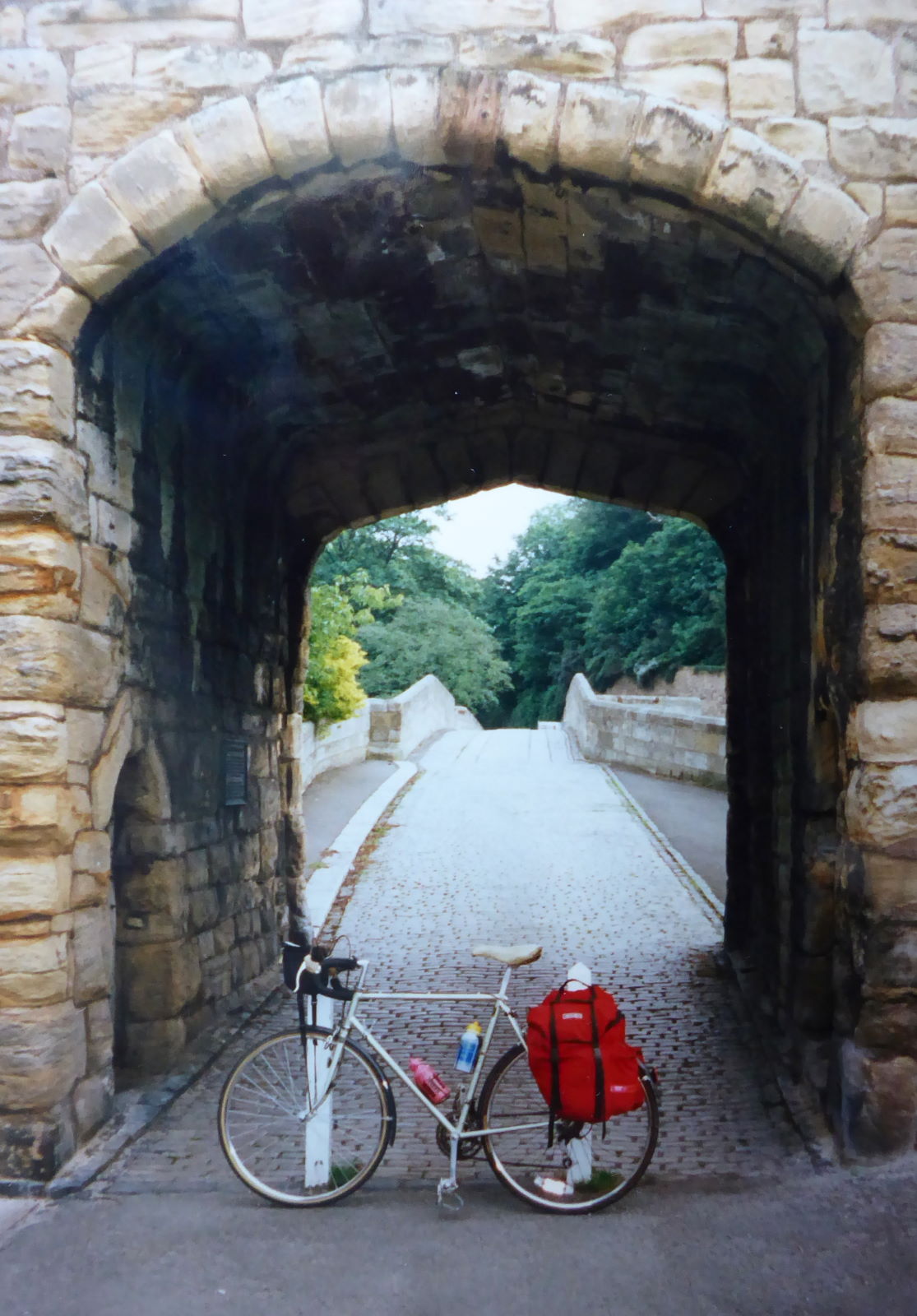 This is an underrated, monumentally scenic corner of England.

It was quite a discovery for me, and I stopped frequently for snacks disguised as photo stops (pic).

I took a short detour to Craster harbour (pic). This is the Smoked Kipper Capital of the World, if your world is Northumberland anyway. 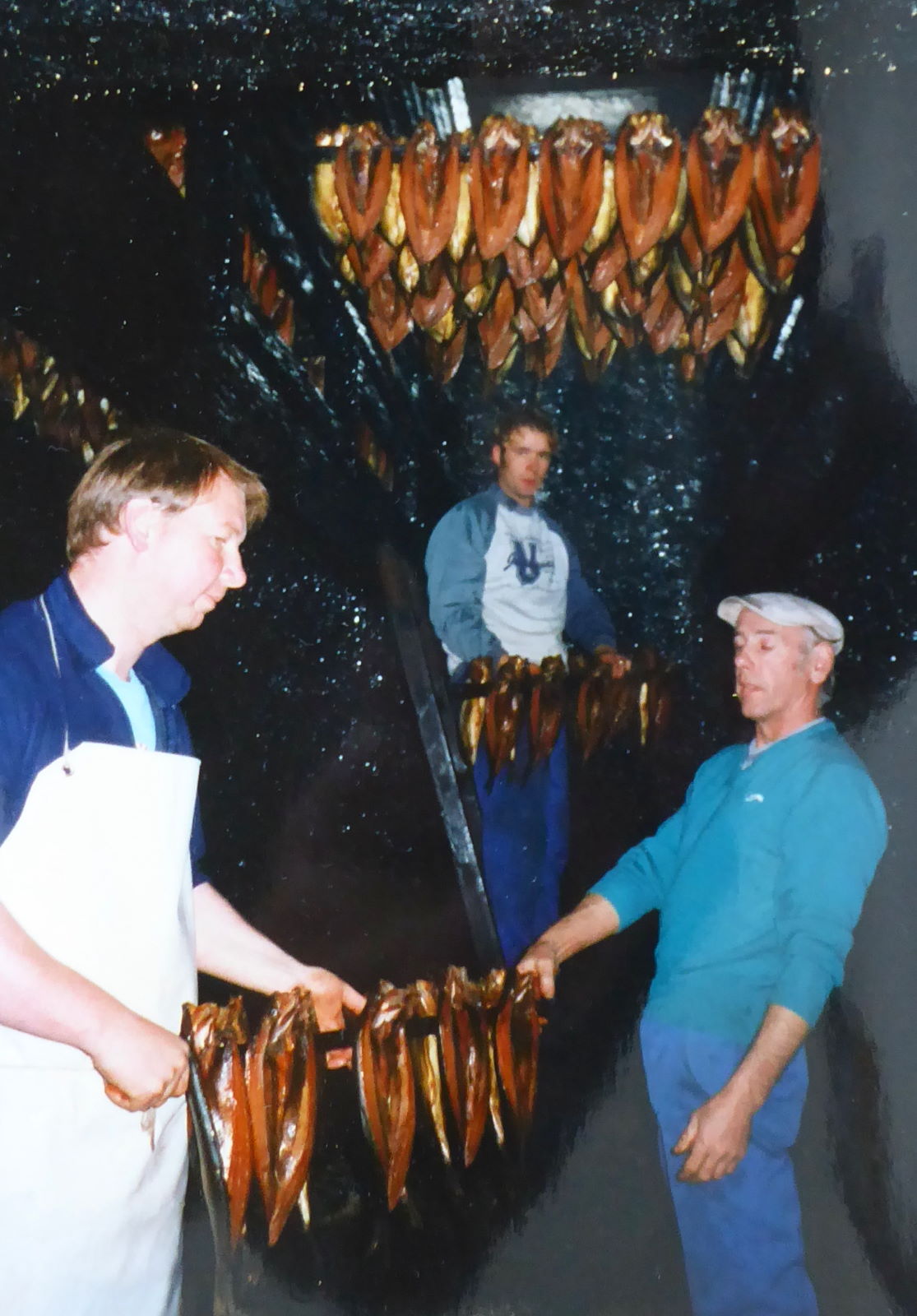 Conscious of my local-foods theme, I had a look at the smokehouse, where locally-caught kippers were being fumed (pic) as they have for hundreds of years.

If this smokehouse could talk, what tales it could tell.

Except it wouldn’t be able to, for coughing. 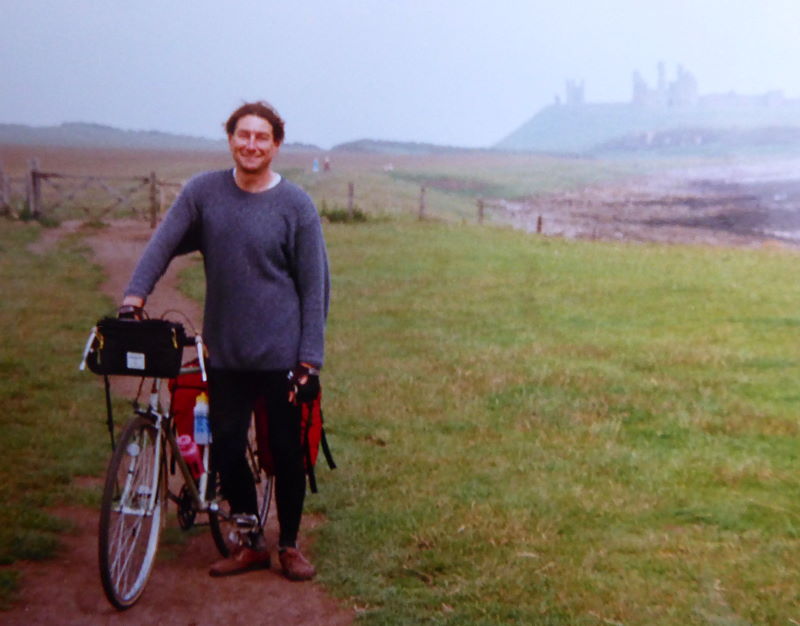 With a couple of said kippers in my pannier for later use, I walked my bike along the coast path to Dunstanburgh Castle (pic).

I headed to Seahouses for more regional food: a small stottie (ie only the size of a frisbee) filled with local crab.

It was deliciously sweet and, well, crabby, and tasted invitingly of sea bottom, rather than freezer bottom. Crab rating: Knocked me sideways.

I also had a ‘Border Slice’: a tartan-coloured fruit and coconut cake with icing that was surprisingly unsickly, and a lot more pleasant than it sounded or looked. Border rating: Poland-Ukraine.
I fancied riding across the causeway to Holy Island, further up the coast, but the tide wouldn’t allow that until early evening. So I decided to spend the afternoon on a boat trip from Seahouses out to the Farne Islands to see puffins, razorbills and «guillemets», or possibly guillemots. 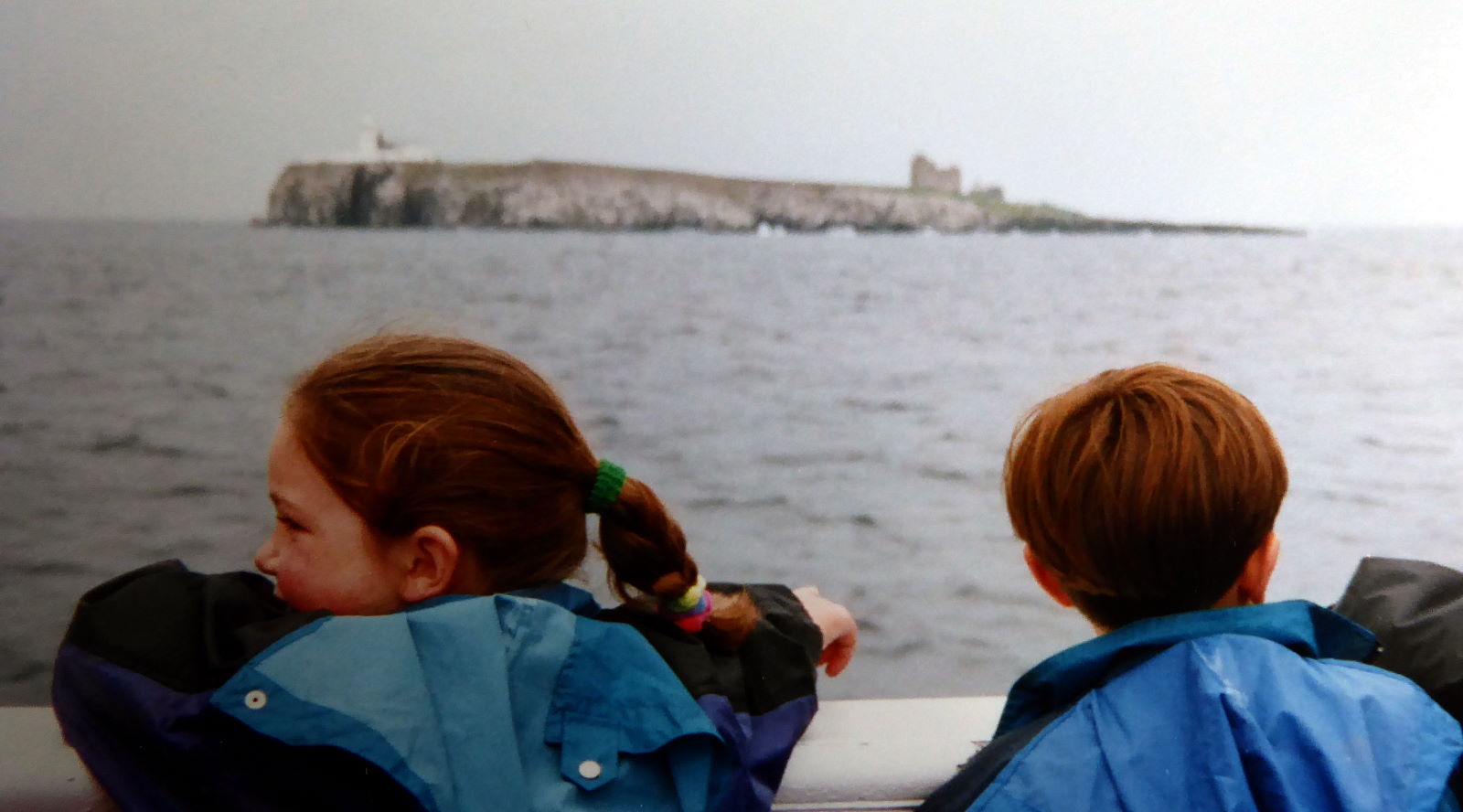 We retraced the route taken by Grace Darling (pic), in much rougher seas, one stormy night in 1838.

Grace spotted the remains of the SS Forfarshire, a passenger steamer en route from Hull to Dundee, which had run aground near the lighthouse after its boiler had failed. With her lighthouse keeper father, she rowed out in treacherous seas to rescue nine survivors.

Her bravery earned her instant international fame – which the quiet, modest young woman didn’t enjoy at all. She posed for portraits and sculptures; she was feted in gushing poems, songs and magazine articles; strangers turned up at the lighthouse demanding to meet her; the press wouldn’t leave her alone; she even nearly got duped into making crass PR appearances in a trashy circus.

We can only imagine what effect this had on her mental and physical health; four years later, she died of TB, aged just 26. 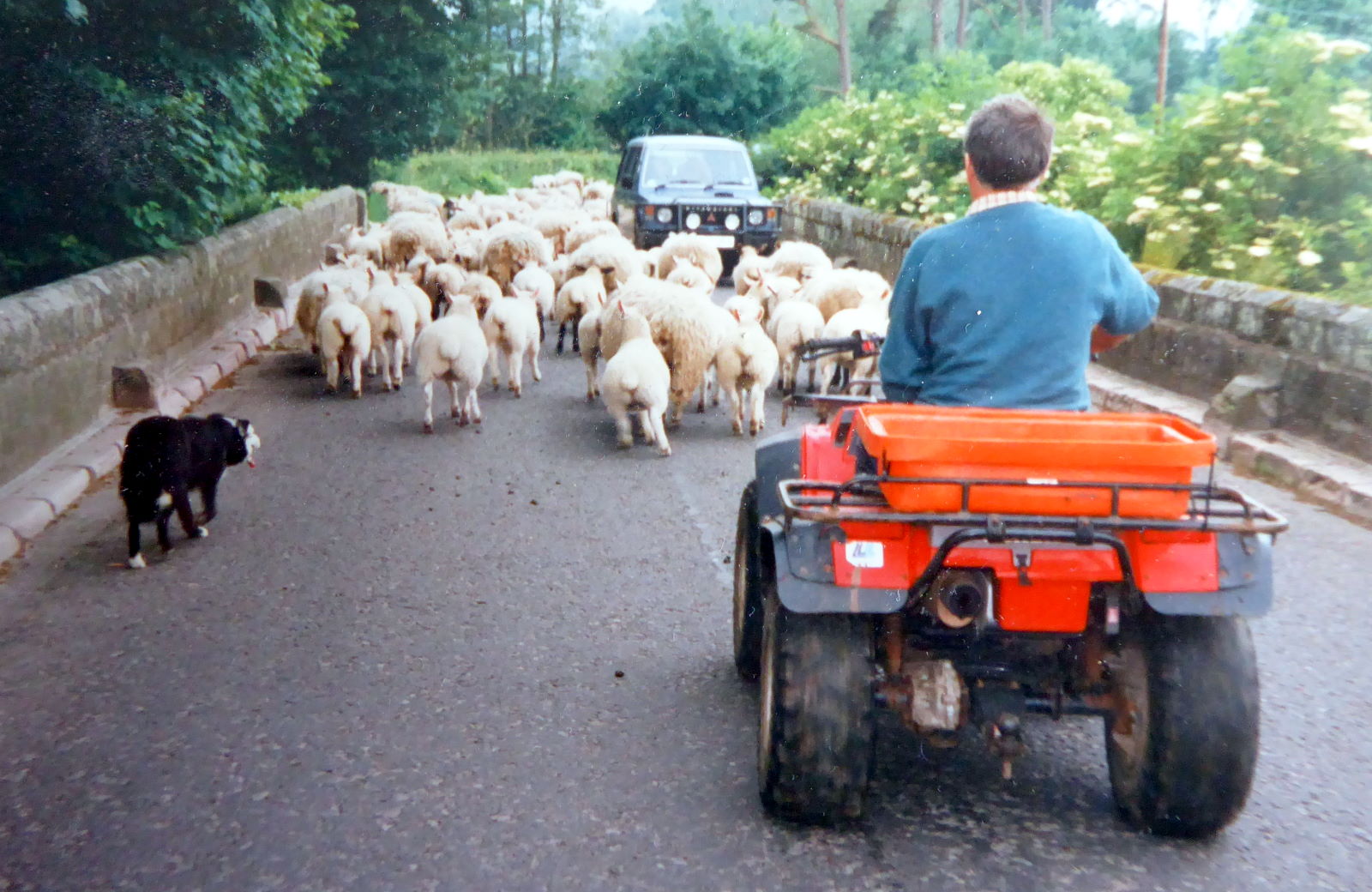 Back on land, I phoned a friend of a friend. Tom was a cyclist who lived in Coldstream, and he invited me to stay, so I ditched the Holy Island idea and pedalled inland to his house. It was further than I expected, there was a rainstorm and traffic jams en route (pic), but I found his house in the town’s main square, half-expecting to dodge a band of guards practising some brass standards.

Tom couldn’t stay up late. He was a postie, that traditional role for gentle, thoughtful souls to earn money by cycling, and had to be up at four next morning.

However, his friend Caroline was staying, and we chatted over a bottle of wine.

I’d thought there was something vaguely familiar about her, and it turned out she had visited my college 16 years earlier to see a schoolfriend; I’d probably met her then.

By the time we were clearing up and going to bed, Tom was up and showering and getting ready for work…