Groggy from another cooked breakfast of questionable local provenance, I headed for Stanley. I eventually found the Durham to Stanley railway path, and made good progress, listening to Mozart’s late symphonies on my barbag disco.

Then I realised the path was actually going to another, different, wrong, Stanley.

Well, here’s another nice mess you’ve gotten me into.

But we cycle tourists know how to turn things round, don’t we? Metaphorically, as well as literally when you realise you’ve been going the opposite direction to the one intended. 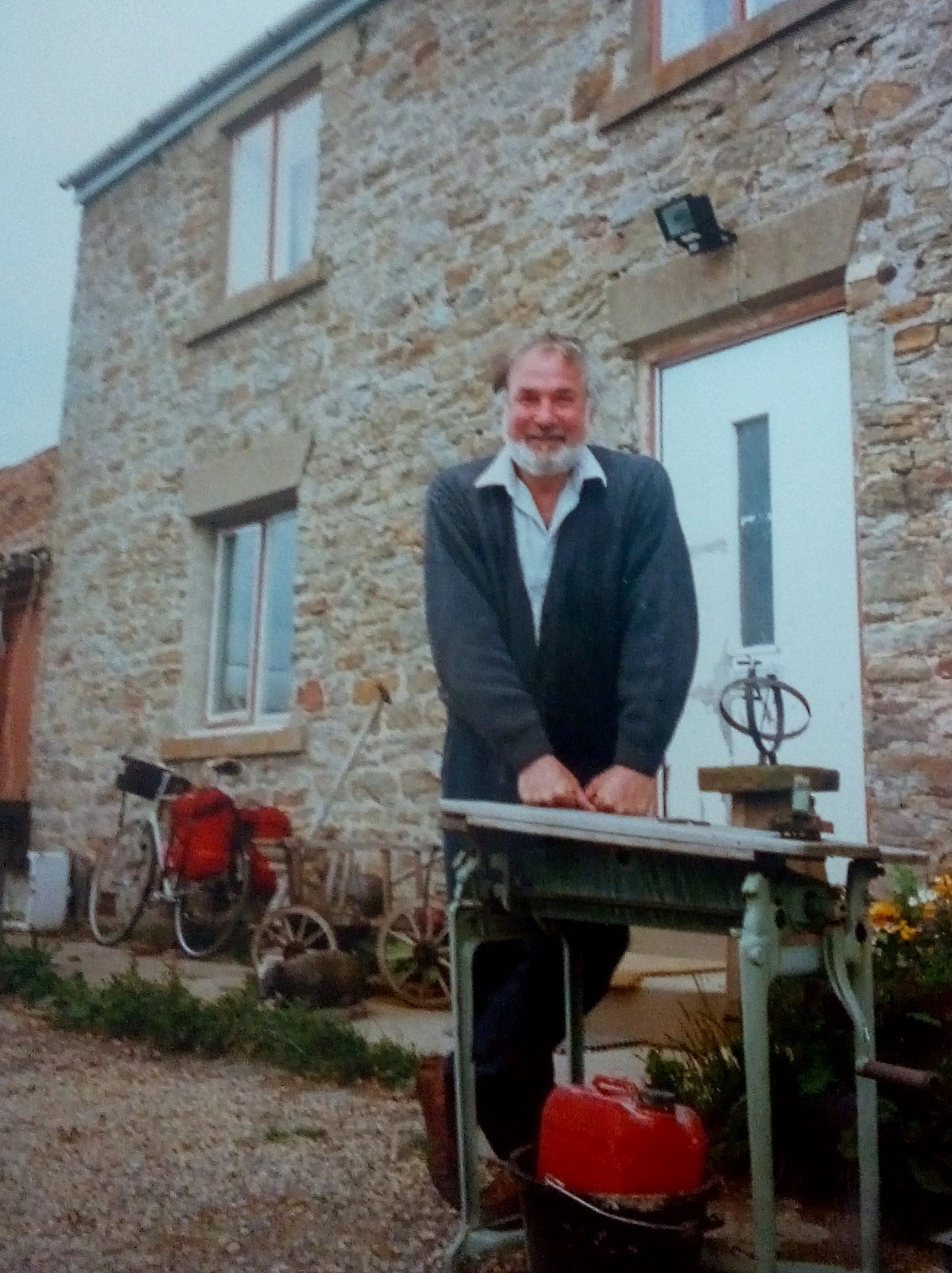 I saw on the map that I was only three miles from Waterhouses, where some longtime family friends had a farm.

So I dropped in on Mike (pic) and Janice, who were surprised and delighted to see me, and had a lovely catch-up chat before Janice took some sheep to market.

Hilly back country roads let me avoid the A1 and took me to the Metro Centre, where I had a snacky lunch, and gawped rather at its retail vastness: over 200 shops, including three hairdressers.

Wow: it’s clearly so big, you need a haircut just walking from one side the other.

Shopping centres are not my natural habitat. I wondered what on earth I was doing here. Of course, the Metro Centre could have provided me that service too: they have a resident chaplain.

I worked my way through Newcastle, and thinking of my local-food theme, dropped in on the Make Me Rich cheese farm – oh, very clever.

They were politely impressed by my trip concept and gave me a free jar of goat’s cheese as a token of appreciation. I bought plenty too, of course, for picnicking later on.

Their Northumberland Original was a deliciously buttery, non-claggy, gentle and rich, a good everyday cheese: light on its feet but showing great skill. Stanley rating: Matthews.

A long level ride with a smiling tailwind – and, very unusually, rain-free skies – got me to Amble, where I got a b&b overlooking the harbour.

It felt a slightly odd place, with lots of youths hanging around in a forlorn rather than menacing way: more downtrodden Scottish island port than Northumbrian mainline-station staging-post. I had a night off the beer, and watched Yes, Prime Minister! on my room’s telly.