I grew up here in Ferriby, and it was a small world. We occasionally went to Hull to the pictures, but we’d only been to York once. One sunny Whitsun bank hol circa 1968, we all drove up to see a butcher’s shop dad was thinking of buying.

It was an expedition. Mum packed the car with blankets, sandwiches and fizzy pop and a flask, plus barley sugars and I-Spy books for the trip, and dad had tools and spares for the car. Dad decided the shop wasn’t for him, me and my brother rolled down the grassy banks of Clifford’s Tower, we had a picnic, and we went home. 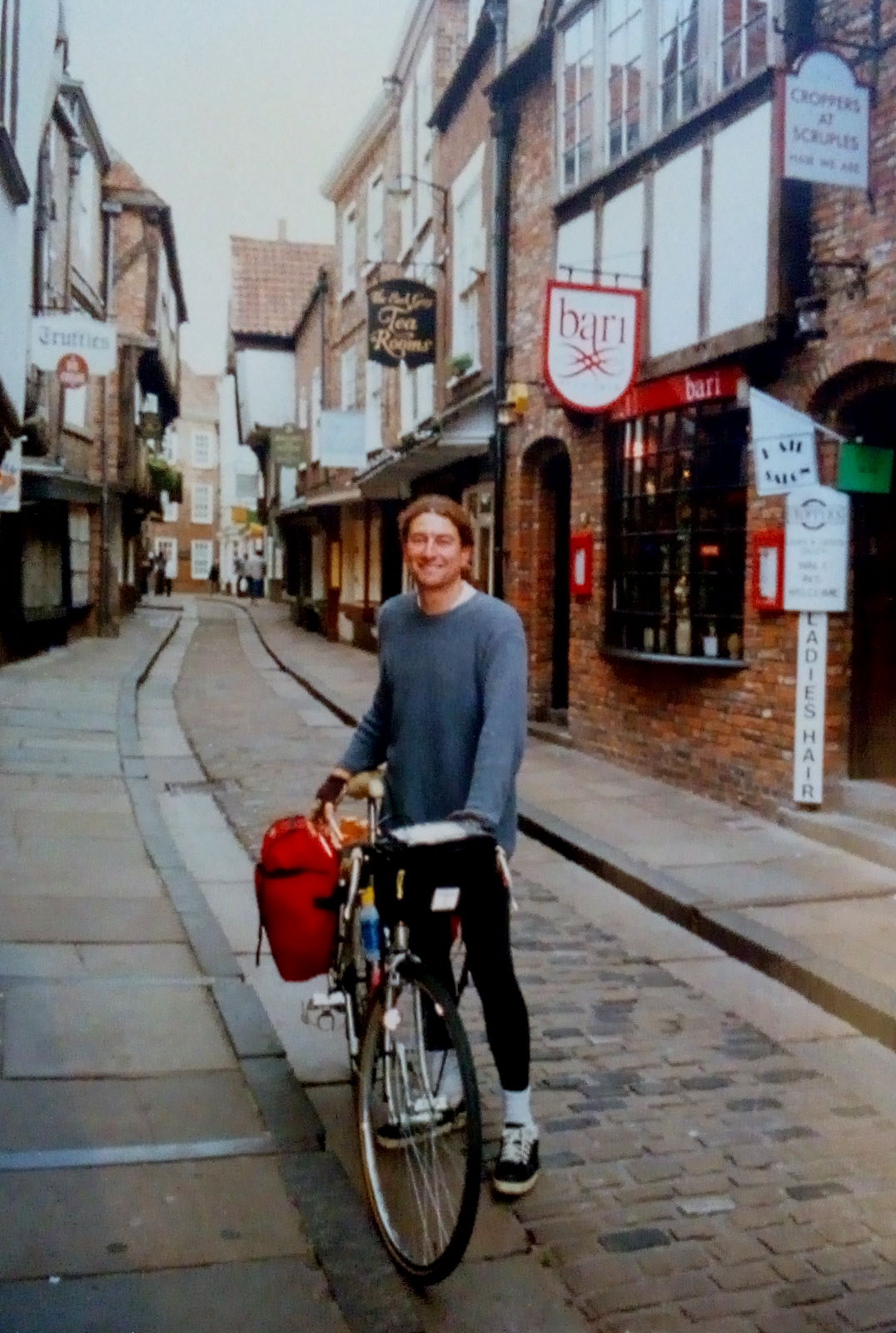 So in my mind, York was a long way from my parents’ house, where I’d rested over the weekend at my trip’s halfway point.

So I set off at half six, calorie-loaded with a full cooked breakfast, hoping to be there by lunch.

I actually arrived in good time for second breakfast, before the Shambles had opened (pic), and just as the market stalls were setting up.

Doh. Of course. York is not that far on a bike. Less than forty miles, a pleasurable three-and-a-bit hours of flat cycling on empty back lanes. Suddenly I had to recalibrate my childhood projection of the world.

My second breakfast was a carrot. 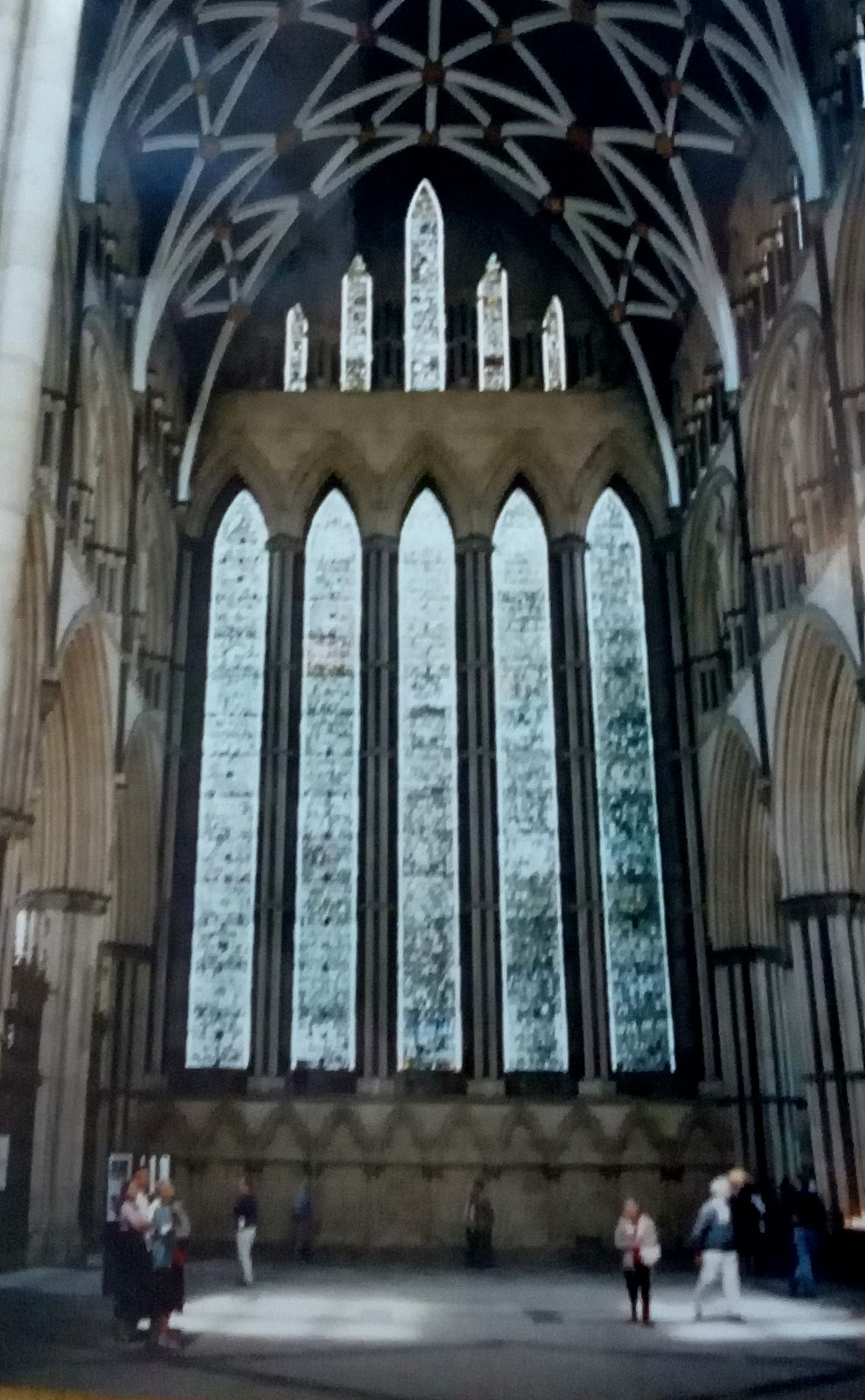 I explored York till three. I gaped at the majesty of the Minster inside and out (pic). I walked round the medieval City Walls, which date all the way back to Victorian times. I admired Mallard in the National Railway Museum (pic, below) and sniggered silently at the scruffy middle-aged lone white men getting excited about trains.

Then I realised I was one of them.

And I lunched. Inconveniently for the local-food theme of the trip, York didn’t seem big on regionally sourced cuisine. I had to make do with a (very tasty) Yorkshire Pudding at the Starre Inn, one the size of a dustbin lid and filled with Yorkshire ham, peas, carrots, spuds that were school-dinner-salty, and gravy. 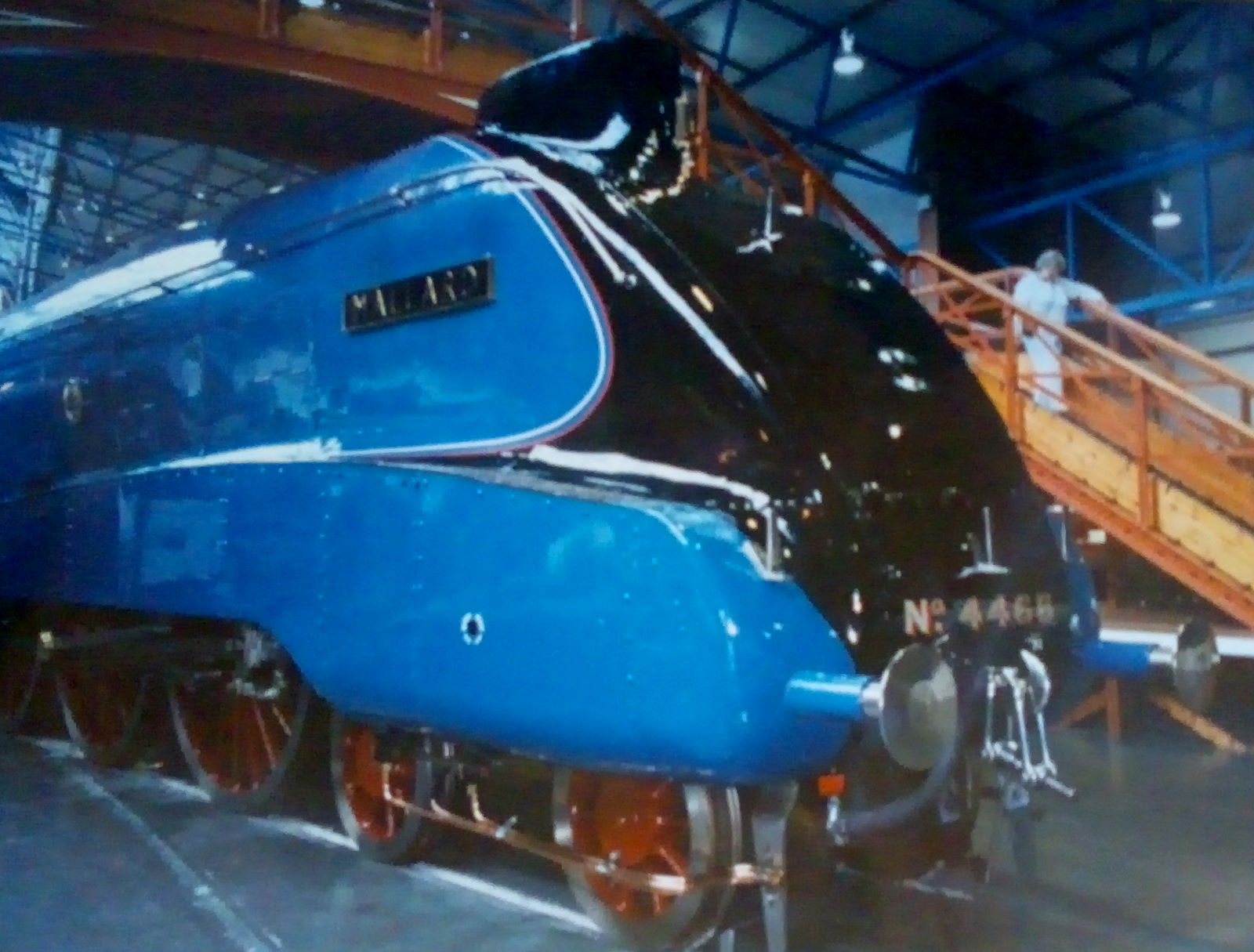 I had a pint of Theakston’s Old Peculier, brewed up in Masham. A decent pint, sweet and caramel-chocolatey, but a tad watery and fizzy-pop-ish for my taste. Star rating: Middle-luminosity brown dwarf. Spectral peculiarities.

With plenty of daylight left I headed out north, neglecting to roll down the grassy banks of Clifford’s Tower in tribute to thirty years before.

Somewhere villagey I picnicked on a genuine Yorkshire Curd Cheesecake that I’d picked up from somewhere in Gillygate, made ‘up the road’.

It was very good, despite being yesterday’s bake at half-price: sweet cheese like mascarpone, gently gritty and unobtrusive currants, and decent pastry that didn’t flake drily like the Dead Sea Scrolls. Yesterday rating: All my [A7] troubles seemed so [Dm] far away.

Helmsley, a market town with a fine square on the southern edge of the North York Moors, provided my hostel home for the night.

I fancied a nice quiet beer in the Feathers. It had been the scene of a possible knifing incident earlier in the evening, apparently. The staff mentioned this quite nonchalantly, as if the ensuing spilled pint and sodden beermat was of more note.

Mindful of sample sizes in my research, I had two more pints of Old Peculier. This was much better: less chocolatey but less fizzy, still a full body but more rich back-of-the-mouth aftertaste. Feather rating: Double peacock.