A rest day, at my parents’ house, somewhere round the halfway point of the trip.

I went for a morning swim with my dad, and felt stiffer after twenty minutes in the pool than I have after ten days of cycling. Next time I’m at an interview for a job I won’t get, I’ll know how to answer the question ‘What lengths will you go to in order to succeed?’. About eight or nine, I can tell them, and then I’m knackered.

We also went to his club and daily hangout, the British Legion. Not really my sort of place: the sweater-and-tie look, casual sexism, fear of the new, and worst of all terrible keg beer, don’t really tick my boxes. However, we played snooker, which does tick my boxes. I won one frame with a 22 clearance, trying hard to look unsurprised about it. 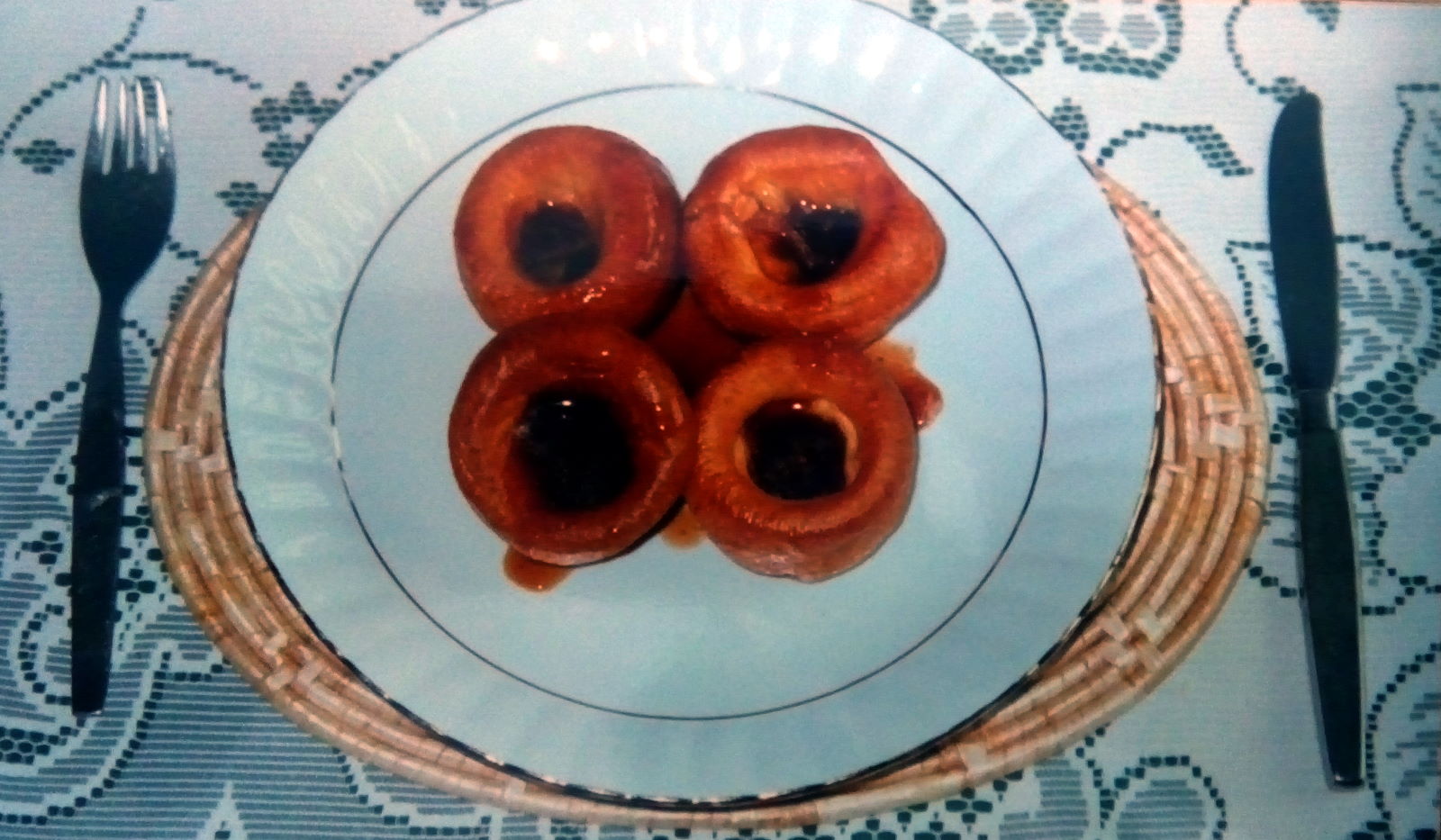 The main attraction of the day, though – celebrating my trip’s theme of traditional local food – was a proper Sunday Roast, Yorkshire pudding and all (pic). My request to mum at first was to make it as traditional as possible, like the dinners of her childhood. However, we decided that austerity-Britain rations, powdered egg, three to a bed and outside loos was authenticity we could do without.

But I had my best meal of the trip so far. Here are my tasting notes:

Yorkshire pudding in onion gravy Traditional starter. Creamy batter, crisp but not brittle on the outside, soft inside. Proper gravy from the meat. Delicious, thick, glowing flavours. Snooker rating: Silky cut on the brown.

Strawberries and cream The teenage mum would have had Yorkshire pudding again for afters, with treacle this time. (And note that her dad and grandad would have had most or all of the meat.) We had the modern luxury of small-and-sweet fresh local strawberries and regional cream. Snooker rating: Doubled red into the middle, set up on the pink.

Wine Mum’s lot, of course, would simply have had a jug of water to wash their dinner down. In the pampered late 20th century we had the world’s wines, offering excellent quality at very affordable prices, right there on our local supermarket shelves. But instead we had dad’s home made. Snooker rating: In off the green. Foul and a miss.