A short day, ending with a trip over the Humber Bridge to my parents’ place in the village of North Ferriby, where I grew up. 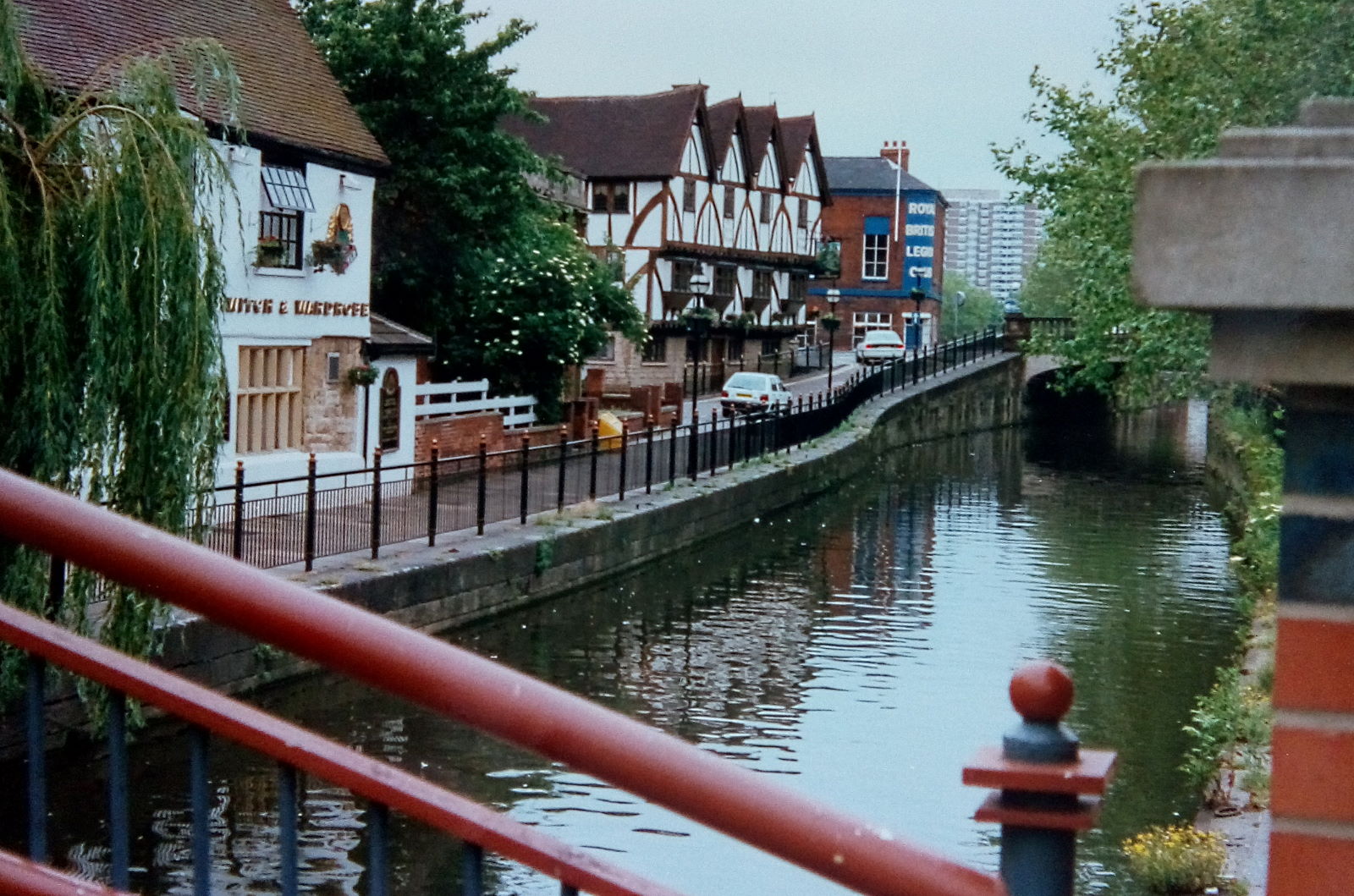 I explored Lincoln in the morning (pic), hunting and gathering local specialities for later picnic purposes. There were plenty of regionally-sourced items on offer – Lincolnshire sausages; Lincolnshire haslet; Lincolnshire plum bread; Lincolnshire cheese. Perhaps there’s little else to do here but make food. Fine by me.

I looked around the fine cathedral, and the quaint cobbled Steep Hill which is, indeed, surprisingly acute for a supposedly ironing-board-flat county. 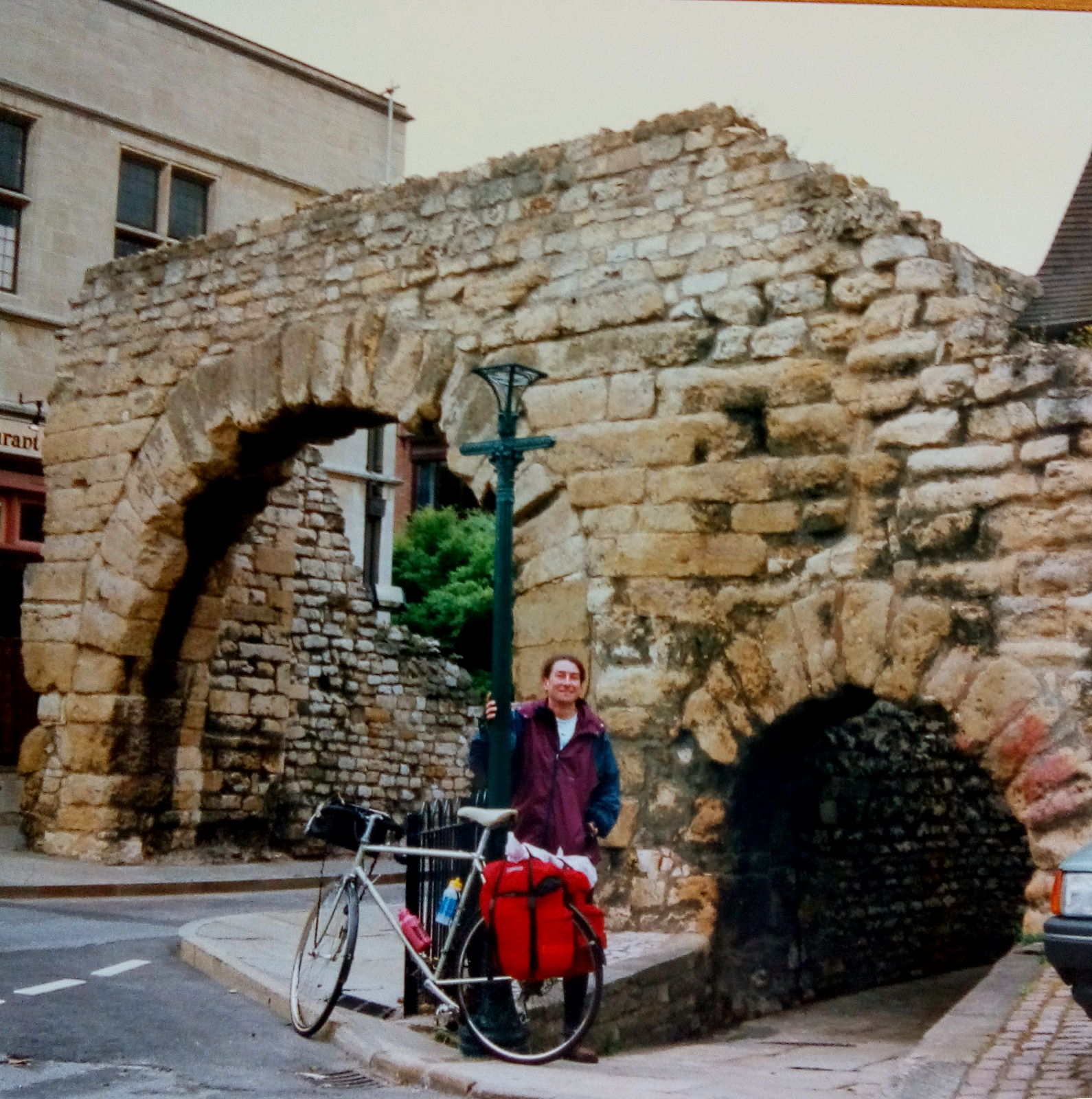 But Lincoln also boasts the UK’s only Roman-era arch over a public highway: Newport Arch, on Bailgate (pic), from where the old Ermine Street barrels along dead straight, north up to the Humber.

The Arch is rather low, but not because they were shorter then: the ground level has risen up, bolstered by centuries of building rubble.

Having explored the city, I headed out north, but not up Ermine St, which was busy and unpleasant, even on this Saturday morning: I took a parallel hilltop lane, which gave me grand views over the plains to the horizon to my left.

After a week of near-total rain, I was well overdue a sunny, warm, dry day. By the end of the day I was even more overdue: it was dull, cold and damp, but at least it didn’t actually rain. Much.

I stopped for lunch in Kirton Lindsay, a rather drab and run-down feeling place with a shabby little square. The village shop had no Guardian so I bought an Independent. It happened to have a travel feature on Hull, so I amused myself by identifying the mistakes and misconceptions. Then I realised I’d written it.
My local-speciality lunch special was, well, rather special.

Haslet, pronounced ‘haze-let’, is a sort of yellowbelly haggis: a meatloaf made of pork offal, whose name comes from the old French for ‘entrails’. It was like tasty luncheon meat. Arch rating: Triumphal.

The plum bread confirmed my suspicion that all these ’regional special/delicacy’ bread cakes (Bath Buns, Dundee Cakes, Melton Hunt Cake etc) are in fact all essentially the same thing: a bread roll with too many raisins. This one was doughy, moist and sweet, but sweet moist dough is not my idea of a wholesome lunch. Arch rating: Depressed.

The Easter Dawn goat’s-cheese was good, though: brick-sized and of a similar heft, with a capric, back-of-throat pungency. Arch rating: Marble. Recharged, I clambered up the steps of Kirton Lindsay Mill (pic) to enjoy the view of the epic surrounding mountains, lakes, valleys, forests and plains.

Actually, I was exaggerating about the mountains, lakes, valleys and forests.

The mill was ace, though: fully working and grinding its own flour, some of which I bought to take to mum’s tonight.

Its cafe also had excellent Lincoln & York coffee and home-made walnut cake, and I was very much enjoying my trip’s local-food shtick.

I was born and brought up in North Ferriby, in the East Riding of Yorkshire, on the north bank of the Humber. It looks across the waters to South Ferriby, in Lincolnshire.

In the 1960s and 1970s, Lincolnshire was a mystical far-off land I’d seen every day, just a mile away, but on a different planet. We’d never been there; it was sixty miles by road.

For bizarre reasons of geography and location of transmitters, our regional ITV was not Yorkshire but Anglia. We had news of bank raids in Ipswich, and ads for car showrooms in Norwich and furniture warehouses in Diss.

It was all rather strange.

Anyway, I visited a village fete in South Ferriby just as it was packing up, in a cold bleak playing field, and snaffled a home-made cake while some cycle tourists en route to Beverley engaged me in conversation.

I found it sweet but rather uninteresting. The conversation, that is, not the cake, which was fine. 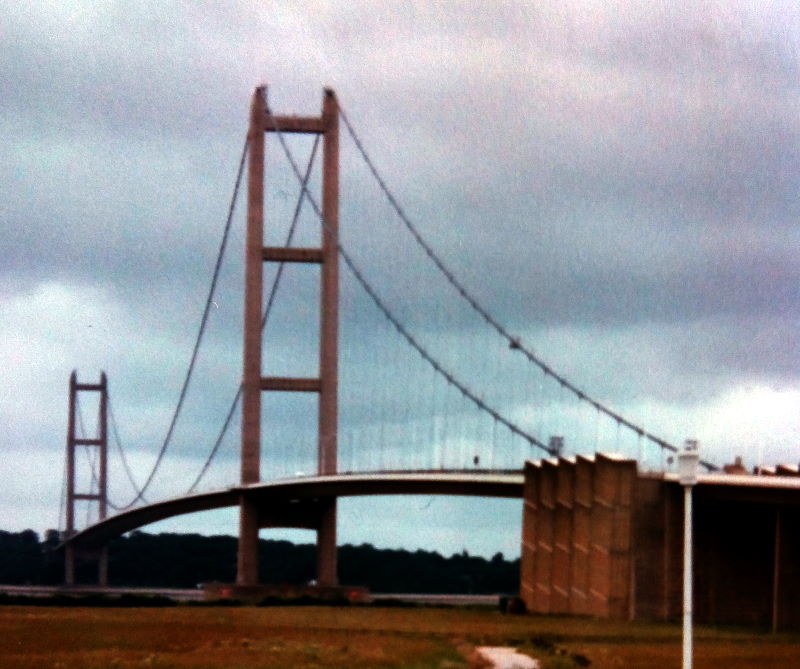 Passing the Rugby Cement Works that had been the backdrop to my childhood, I rode over the Humber Bridge (pic), opened 1981, and still the longest bridge in the world you can cycle across.

By tea time I was back in my teenage home, with my mum and dad, and sitting at a table creaking with food and drink.

They really should get that table seen to.

Mum rustled up my Lincolnshire sausages, which were excellent: Plump, full-flavoured, rounded, perhaps a tad over-saged, but juicy and fatty and shrank properly on grilling. Bridge rating: Golden Gate. 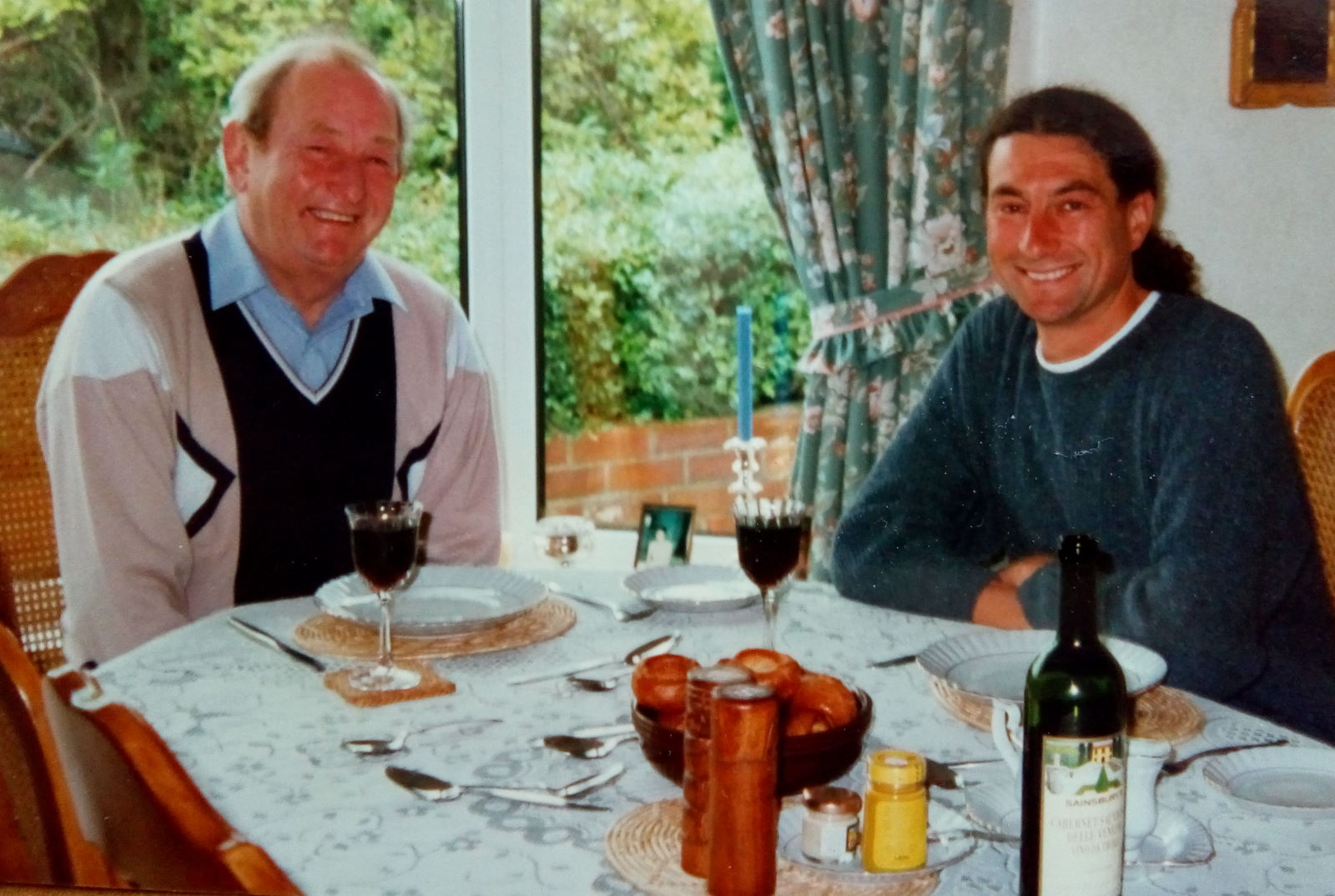 In keeping with the local-produce theme, I enjoyed a session with my dad of his home-made wine (pic), made from brambles from the field at the back.

Making your own wine is easy, straightforward and inexpensive. To anyone thinking of taking up the activity, I’d have one useful piece of advice: don’t. Bridge rating: Tacoma Narrows.