It may have been Friday the 13th, but it was the best day of the trip so far: half-decent weather, which is 50% more decency than hitherto, and some world-beating local food and drink experiences. Especially the drink.

I enjoyed my best traditional English Breakfast so far – the kitchen staff clearly knew their onions, bacon, mushrooms etc. Unlike most London hotels, staff here – Ms Patel, Ms Kumar and Mr Desai – were all local. I thanked them for my pleasant experience of Leicester.

My bike needed some attention, and Leicester’s Bike Park workshop came up trumps for this particular joker, opening at 8am and fixing my dodgily-seated rear tyre and stiff chain quickly and with a smile. They also gave me a free water bottle, which handily for my ride’s theme, came preloaded with genuine locally-sourced Leicester water. 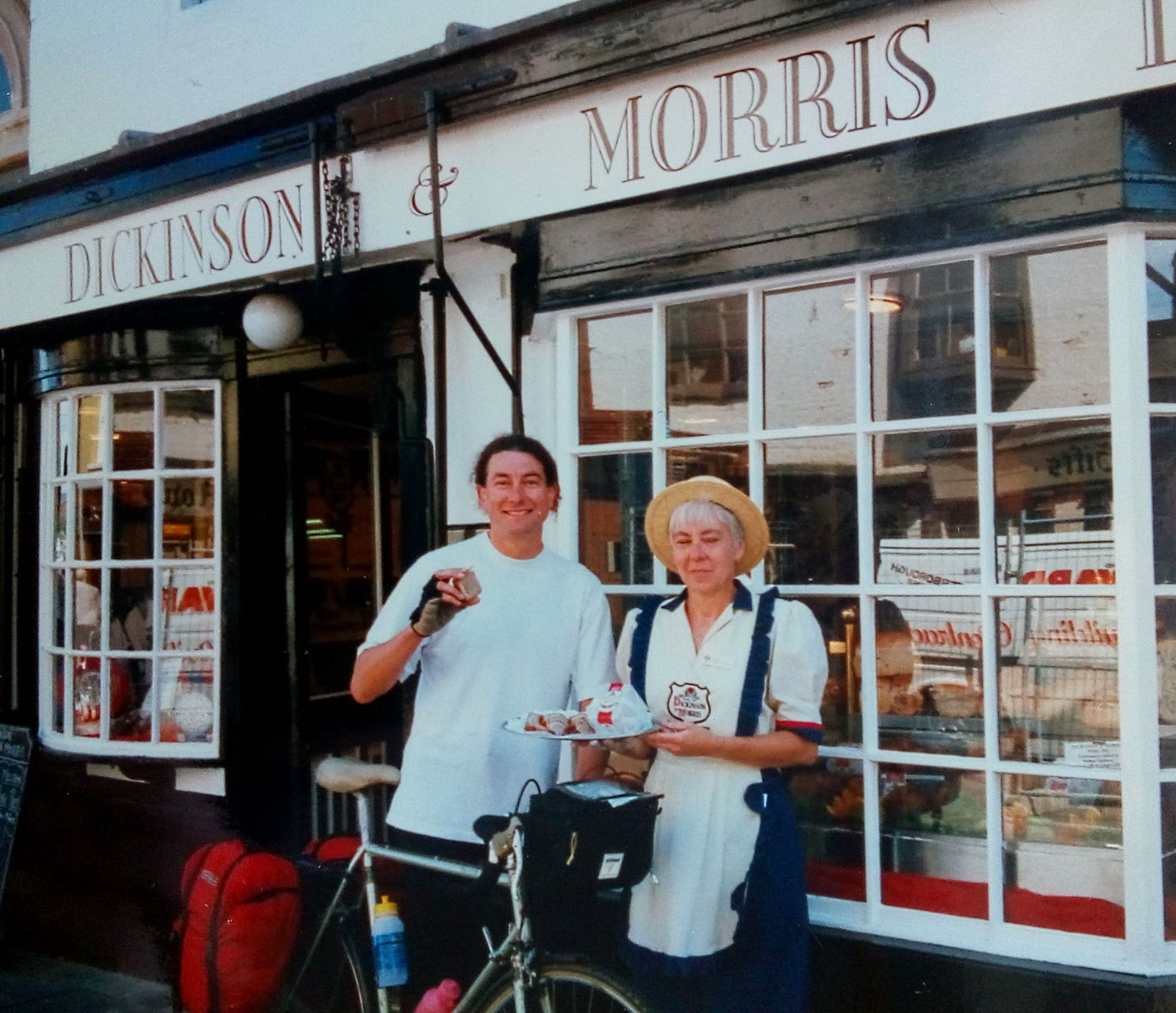 Happy and re-energised, I soon made it to Melton Mowbray, pork pie capital of the world, and to Ye Olde Porke Pie Shoppe: the city centre emporium of Dickinson & Morris, the Rolls-Royce of gelatinous chunks of pig in hot-water pastry.

I mentioned to the staff that I was riding the End to End, sampling the best of local food en route. Word got to the PR-savvy manager, and within minutes I was being interviewed by a friendly scribbler and pictured by a laconic snapper for the local paper (pic).

Most important, I got a free pork pie out of it.

And there was more. The journo suggested that, in line with my theme, I might want to visit this gourmet cheese shop for some local Stilton, that gourmet bakery for local speciality Melton Hunt Cake, and perhaps, just maybe, or actually perhaps it’s too far out your way, oh you probably wouldn’t be interested, The Old Brewery pub in Somerby, which makes the World’s Strongest Beer, no just forget I ever said it. 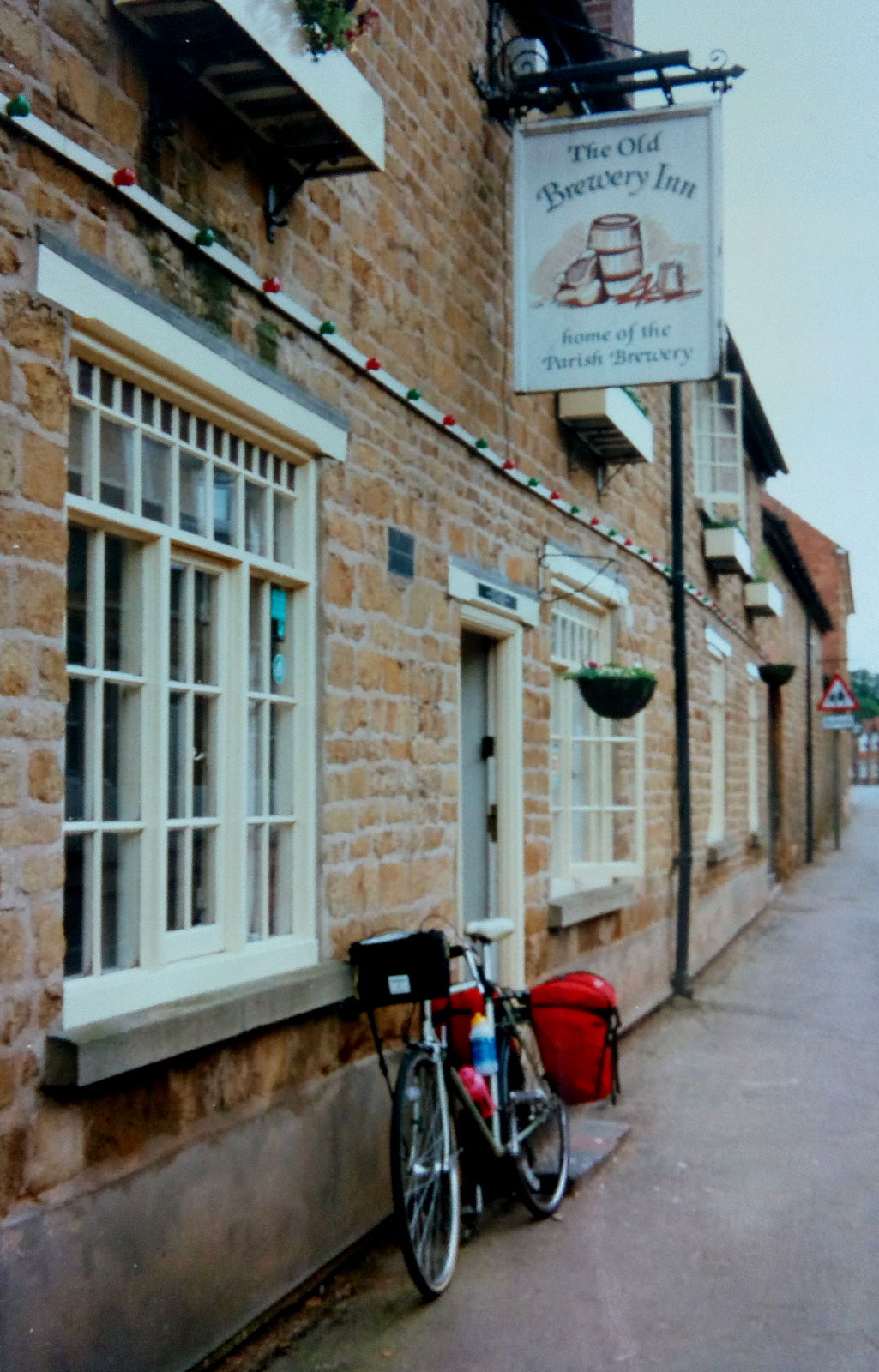 I had a few misgivings about this. It was only lunchtime, and I wouldn’t want to risk too much cheese on an empty stomach.

So I bought some for later, and hurtled off to said pub (pic).

Barrie Parish, the landlord and world-record brewer, was impressed by the concept of my trip and offered me a free pint of his global-chart-topping brew, Baz’s Bonce Blower.

Mindful of its barley-wine strength – 12% – I declined, and had two halves instead.

Postcard writing can be a time-consuming occupation, and I could hardly abuse Mr P’s generosity, so I bought a couple more halves before resuming my trip.

My tasting notes, as far as I can read the writing, are as follows. 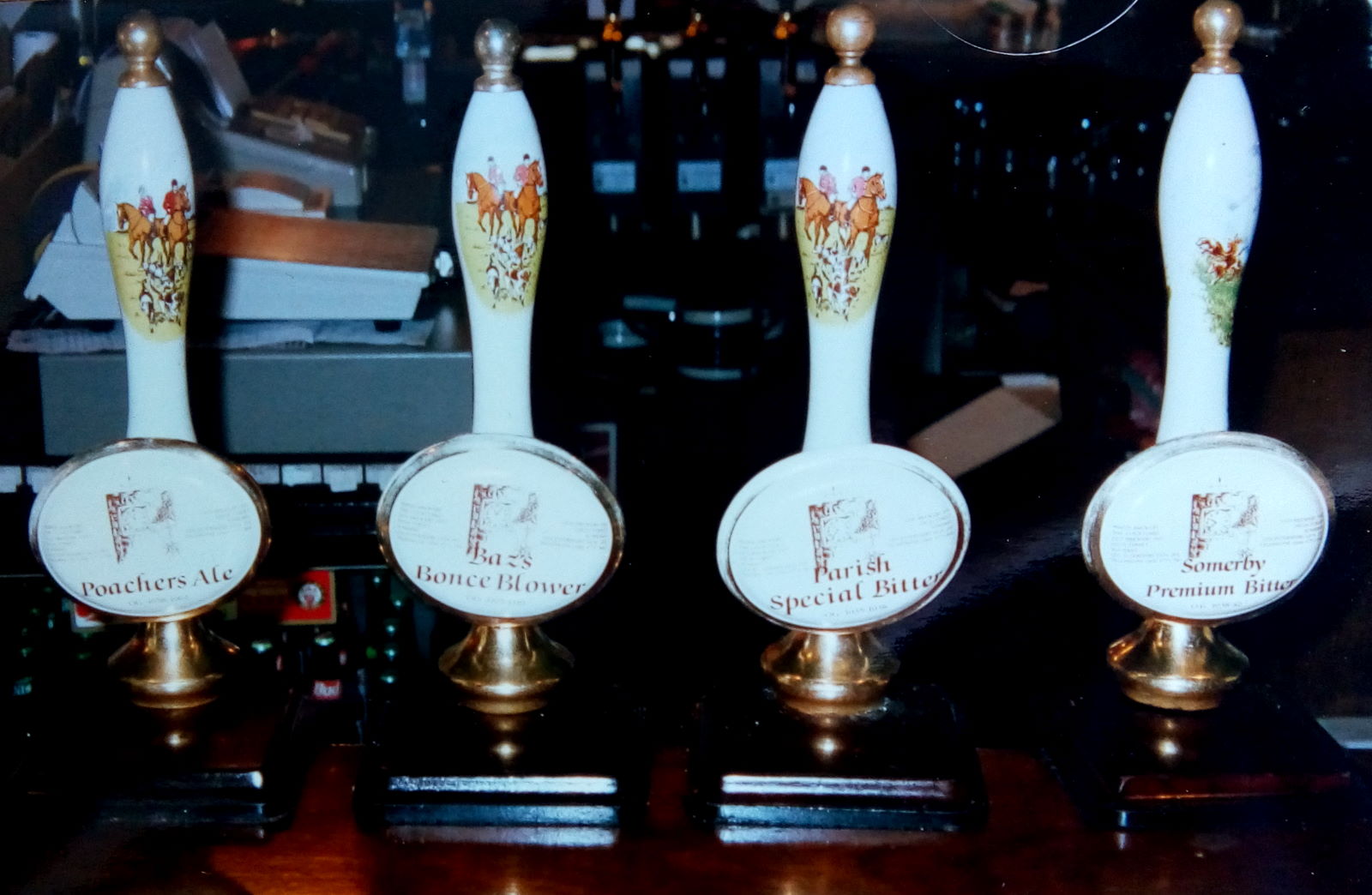 I headed up to Lincoln with a song in my heart. And a lot of ethyl alcohol in my head.

I did a double-take, and then a triple-take, at a signpost (pic) that appeared to point to a placename that would certainly be pulled up by AOL’s obscenity filter.

No, it wasn’t a trick of the light ale. Someone had clearly been at work with a screwdriver, rearranging the letters. It originally pointed to PICKWELL, I eventually realised. 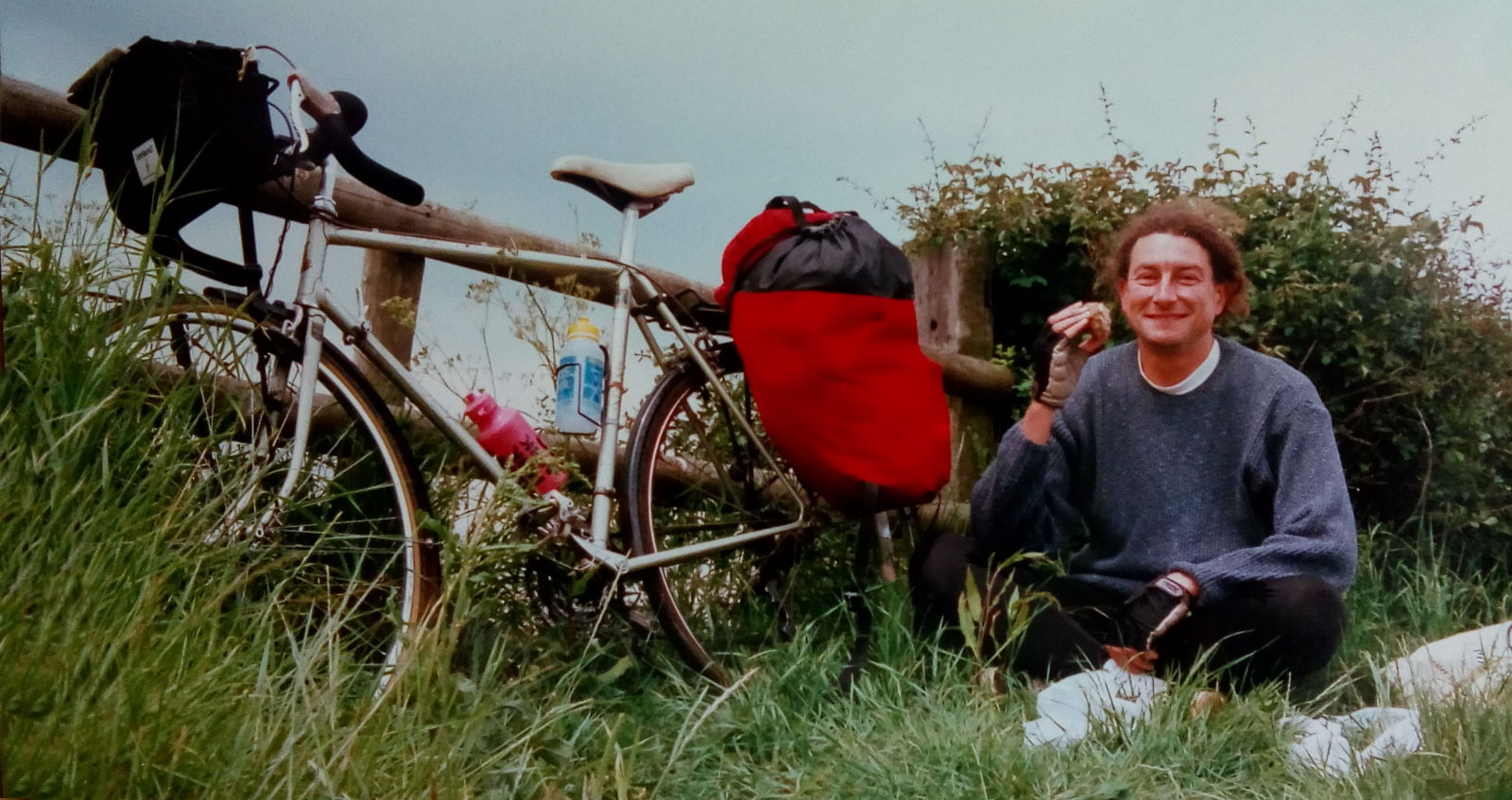 It was still only just past one o’clock. My picnic lunch (pic) was pork pie, cheese, and that tasty Leicestershire water, with a grand view of rolling countryside and creatively vandalised fingerposts.

It was splendid, and my tasting notes are thus.

Melton Hunt Cake Like Christmas pudding, or perhaps I was still thinking of the Bonce Blower. Too many raisins. Over-rated; too rich for its own good. Hunt rating: Jeremy*.

A succession of quiet minor roads, and a narrow wooden footbridge across a ford swollen by recent rains (pic), got me to handsome Lincoln. A good day got better: unlike other hostels so far, this one had a room for clothes to dry out.

I needed to dry out too, in all senses, and didn’t fancy the town’s raucous Friday-night pubs, so had a quiet happy evening thanking my lucky stars. Some of which were orbiting my head.

* I wrote up this blog in 2020, based on the comprehensive notes I took at the time. Then, of course, Jeremy Hunt was a harmless nobody, instead of a dangerous nobody now. If you prefer a non-anachronistic Hunt, I suggest Quorn, because that makes me sick too. Which applies to both the hunt and the hairy mycoprotein.