I cycled round Stow’s handsome square, watching the town come to life, and hoping the miserable landlord of the pub next door had had an awful night’s sleep. 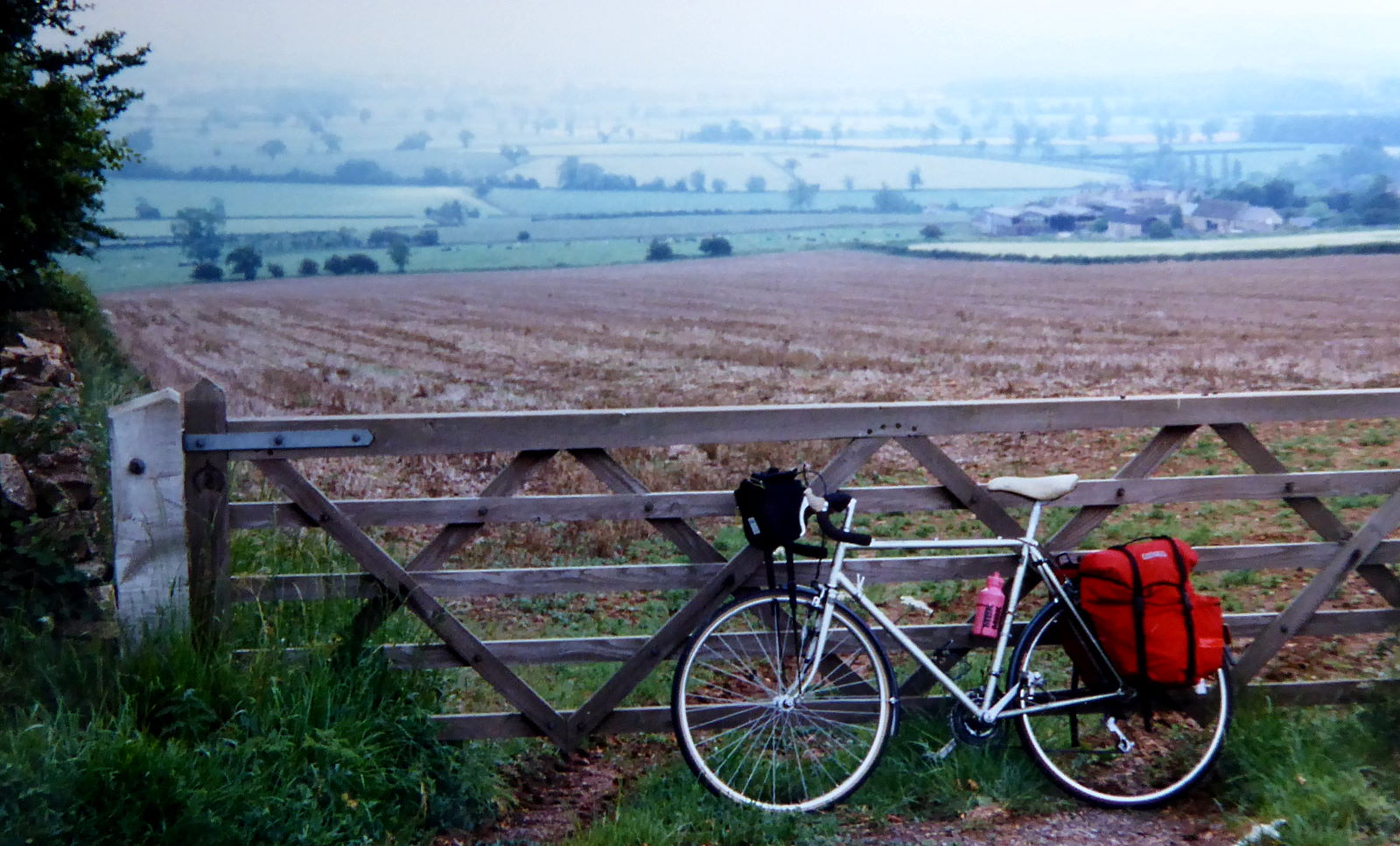 I carried on heading northeast towards Lincoln, parallel to the Fosse Way/A429, along a great little back road (pic) that gave me splendid, elevated views of the Cotswolds, all to myself. I went through some lovely picture-postcard villages, ponds, greens, cottages and all, which I’d never seen on postcards. Discovering England’s quiet, relatively hidden beauty has been, er, a discovery.

Stratford was a bit disappointing, a mixture of gaudily wrapped old and bland new. Though it had once been a centre of brewing as well as lovemaking (sorry: glovemaking) there seemed no local beer either – Flowers, a name I vaguely remembered, had moved out years ago. So I didn’t have a pint of the stuff, despite its Bard logo. Disappointment rating: Oh heck! Birnam Wood’s coming to Dunsinane!. 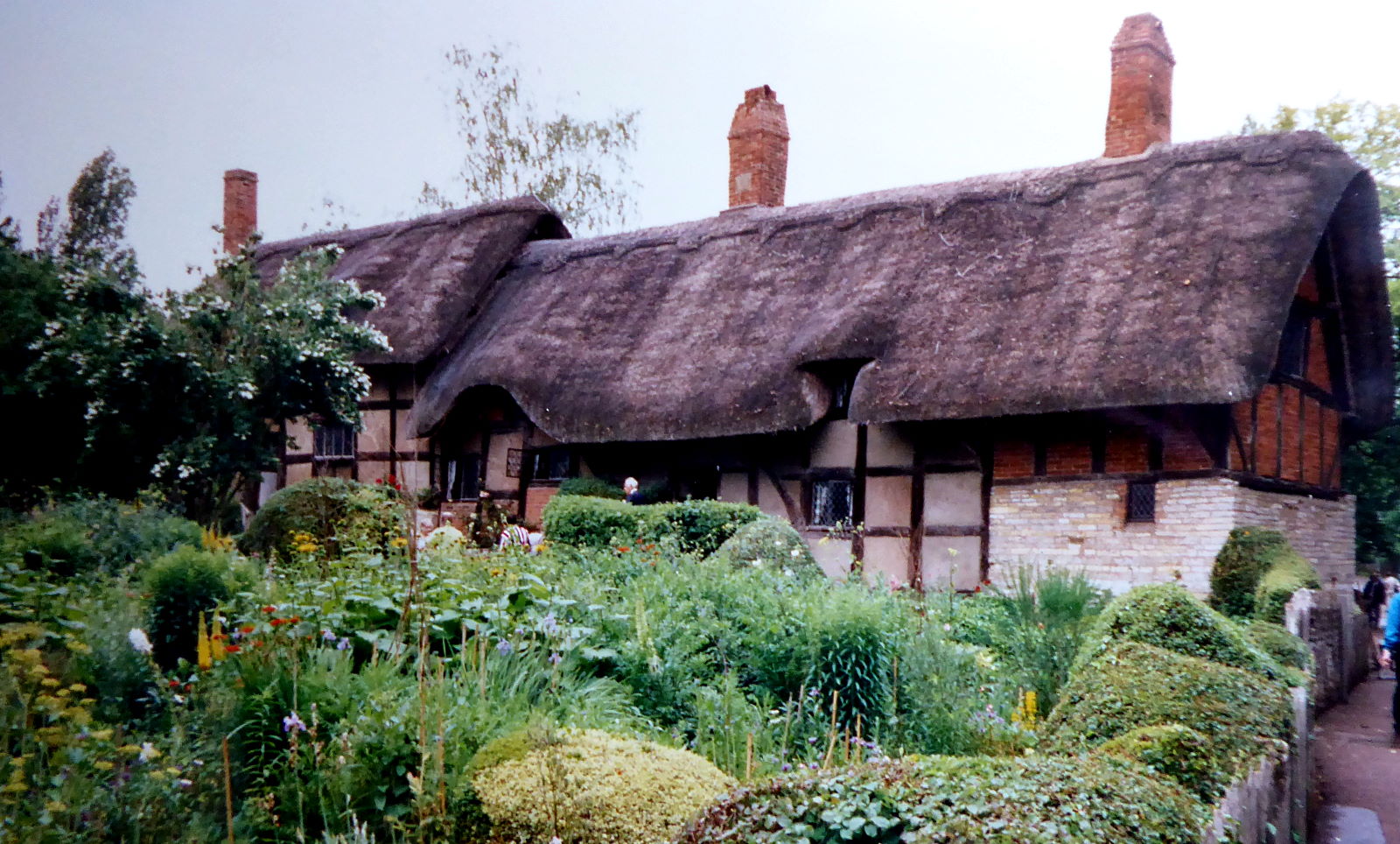 I nosed around Anne Hathaway’s cottage (pic), and the birthplace museum.

It was amusing to see how few facts we have about the great writer’s life: everything was presumed, guessed or conjectured, by people who either weren’t there or who heard it from someone else.

It was like trying to find out the morning after what I’d done at the student parties the night before. 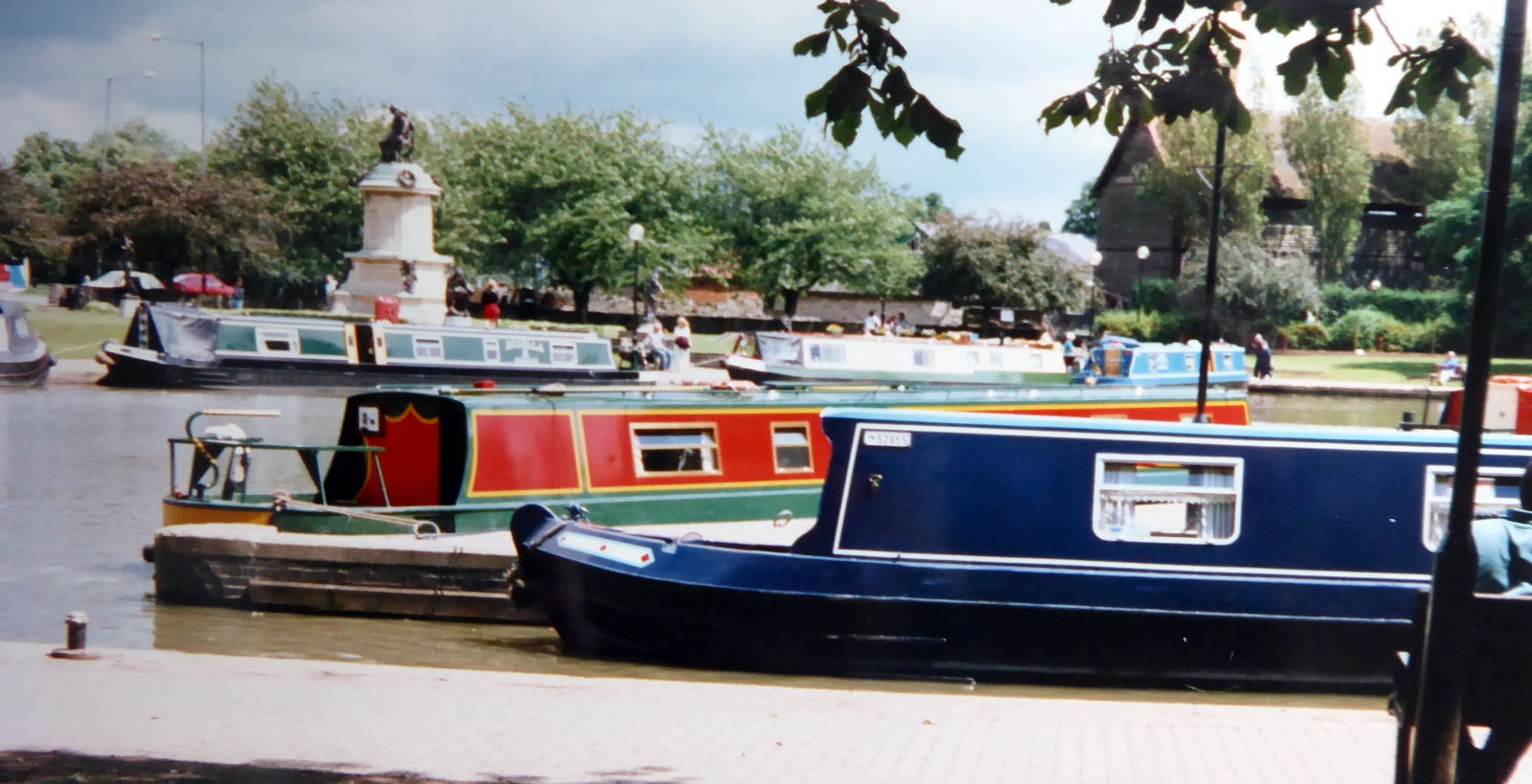 Still, I enjoyed a fine picnic by the canal basin (pic), grabbing a bit of rare sunshine, though my lunch’s locally-sourced credentials were as questionable as our Shakespeare biographies. 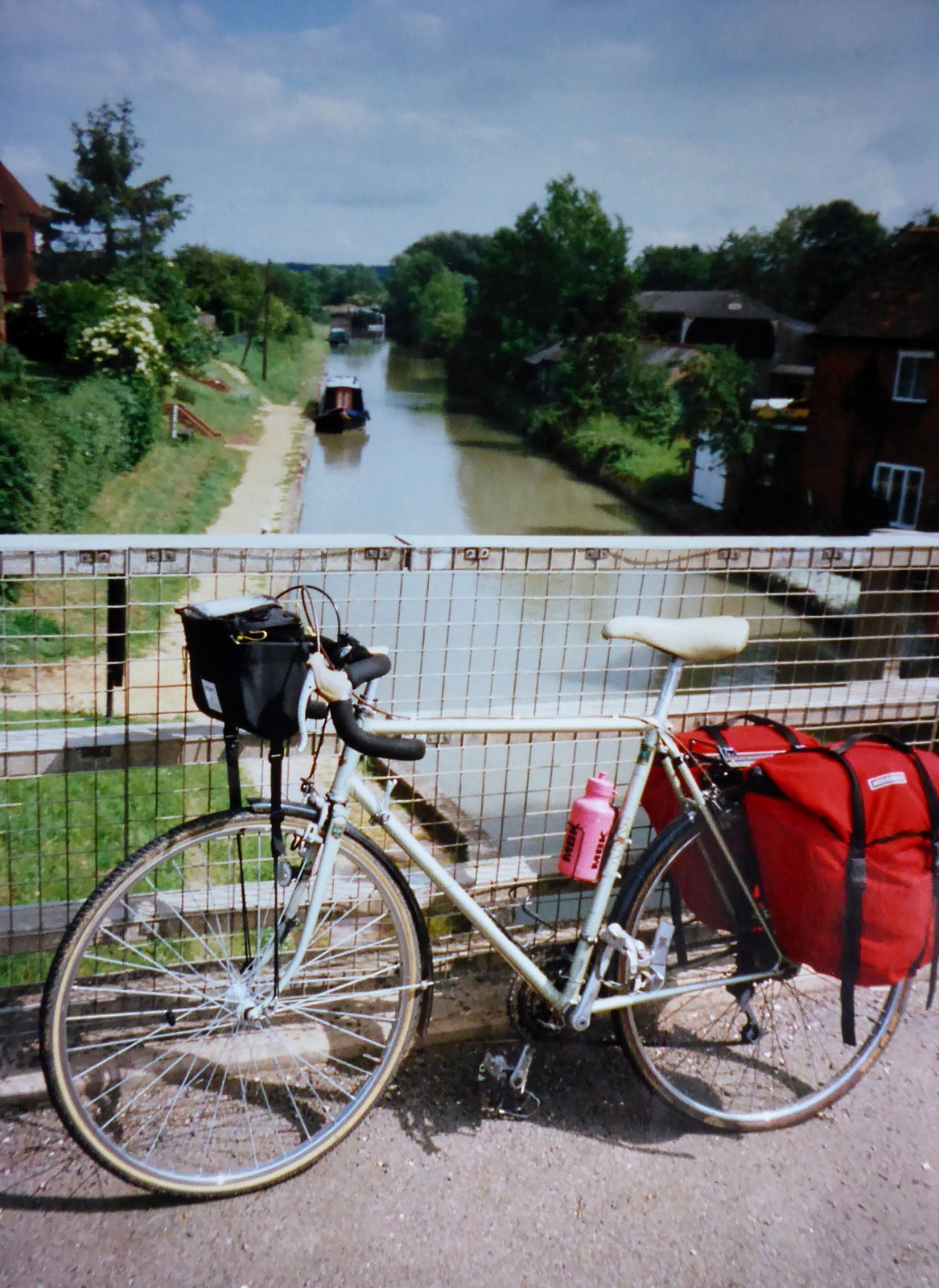 I headed east to rejoin the Fosse Way (pic), now the busy and unpleasant B4455, an A road in all but name and road surface.

Needing a water refill, I stopped at in a village to ask if they could top it up for me.

The first house just said no and shut the door. The second had an unpleasant warning sign and apparently didn’t want visitors. And they put two Ts in ‘shot’.

The third did give me some water, wordlessly and with glaring suspicion, shutting and locking the door while I waited, and slamming it emphatically when I left.

Perhaps they’ve had a spate of con artists disguised as cycle tourists, inveigling their way into houses to burgle them.
The road was long and not winding at all, enough to dampen the creativity of the most inventive songwriter. I stopped at a layby to swig my hard-won water, hoping it hadn’t been adulterated by the donor.

There was a lorry parked, and the driver looked startled, evidently taken by surprise by a silent cyclist.

Put it this way, it wasn’t a road atlas he was looking at.

Hmm. So far I wasn’t getting a cosy feeling about the Cotswolds. 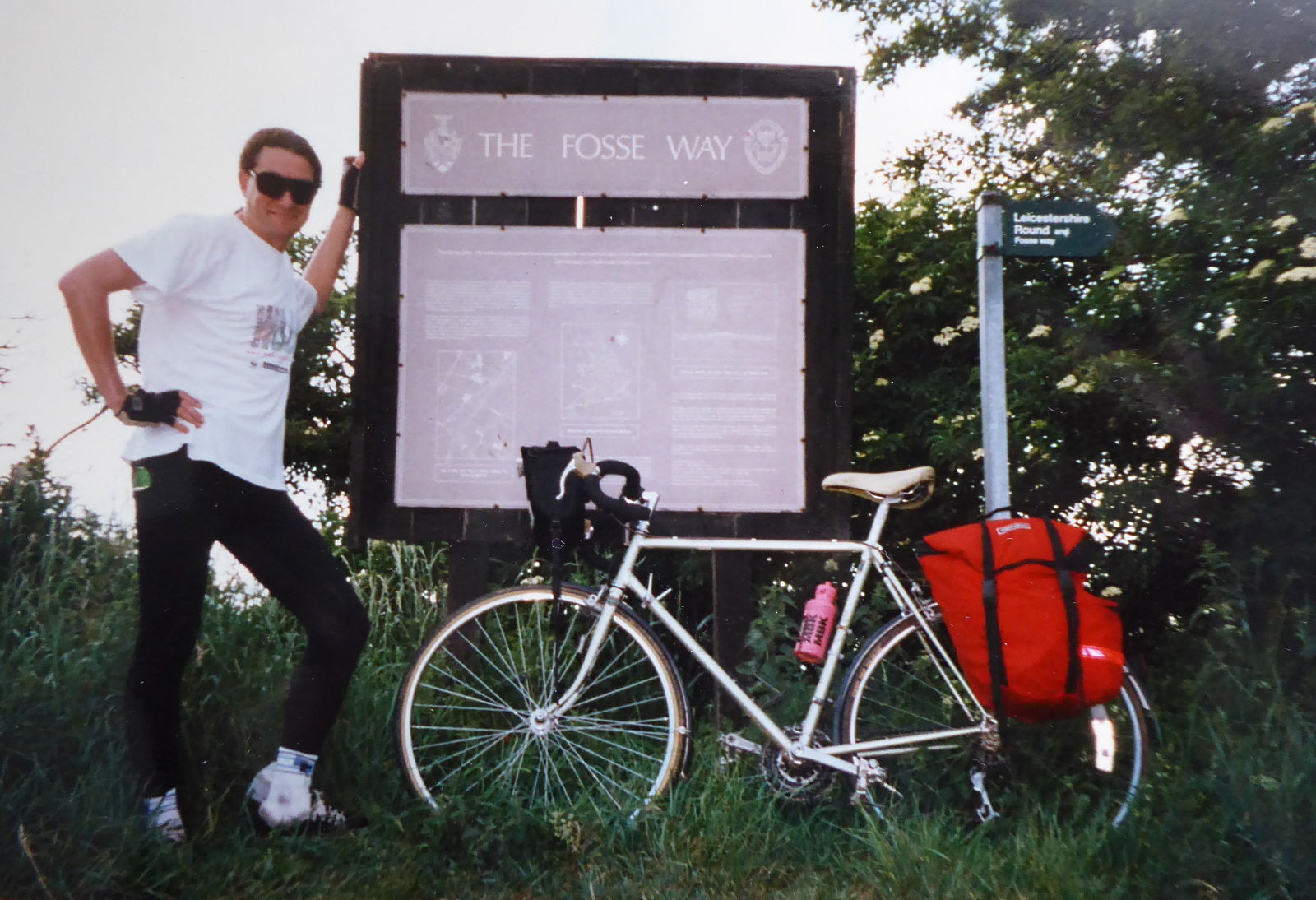 Anyway, the Fosse Way quietened down into lanes and tracks. I fixed another puncture just as the Way got pleasant and rural (pic), turning into tracks through woods into the Leicester suburbs.

I found a cheap, tatty but friendly hotel on the outskirts, that was full of computer salesmen talking in (I assumed) Gujarati spiced liberally with English technical terms (Na, a website kumar browser aman kam nahin kare!*).

Did my traditional-British-food theme embrace curry, given Leicester’s vibrant subcontinental culture? I thought about it long and hard, for about two seconds, and decided it did. Any local variant of the spelling of ‘jal frezi’ would be enough.

I was in luck: the curryhouse nearby did me an excellent chicken jhalfreze, fiery and fruity and direct, complemented by crisp poppadums, and a pint of lager that may not necessarily have been stored in locally-coopered casks.

The Cotswolds had been a tad sniffy and suspicious, but I found Leicester friendly. And a great place to find good old-fashioned British food.