After a rest day at home, I could push on. Literally, up the steep and narrow lane that led out from my shared house through the village and up into lush green Somerset hills. 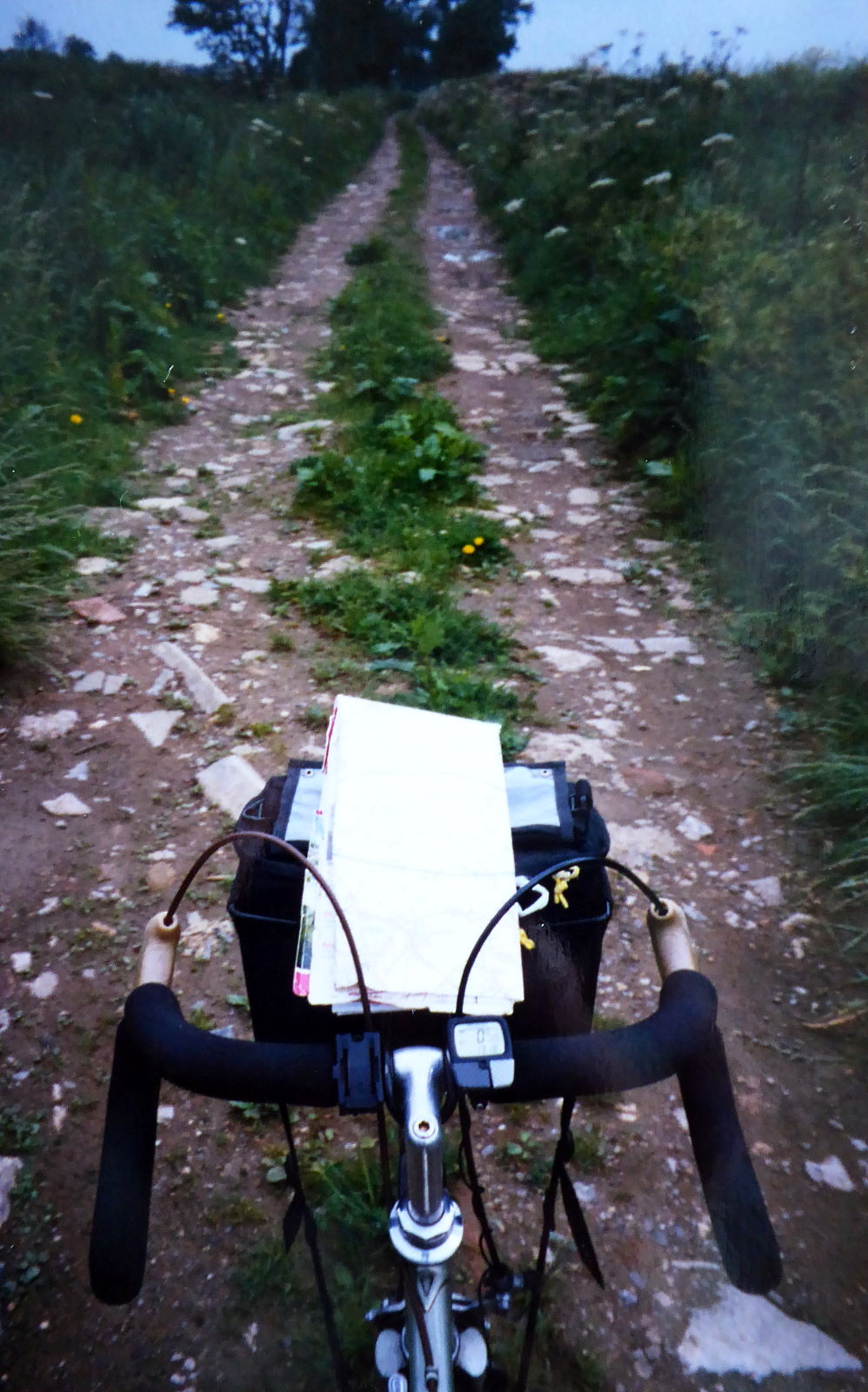 Gradually my fretting about this (an unevenly seated rear tyre) and that (a ticking chain) gave way to the joy of rural cycling on a summer’s day.

I followed the Fosse Way, the old Roman Road, up and down along its determined linearity towards Lincoln (pic).

Sometimes it was a road, sometimes a lane, sometimes a farm track, sometimes a reconstruction of the Somme. I got a thrill from thinking that this is exactly what a 3rd-century cyclist would have experienced.

Eventually though it got too muddy for a touring bike – I’d have needed something beefier, such as a mountain bike, or ideally a tank – and I took parallel roads to Malmesbury for lunch.

I chatted to some fellow End to Enders: one old boy was in his 70s and doing it in seven days, compared to my twenty. Maybe when I get to his age I’ll be able to do the same.

Following my trip theme, I had a local speciality, Wiltshire lardy cake. It was the perfect pick-me-up for a glucose-deficient cyclist: sugary, moist, squodgy and, well, lardy. 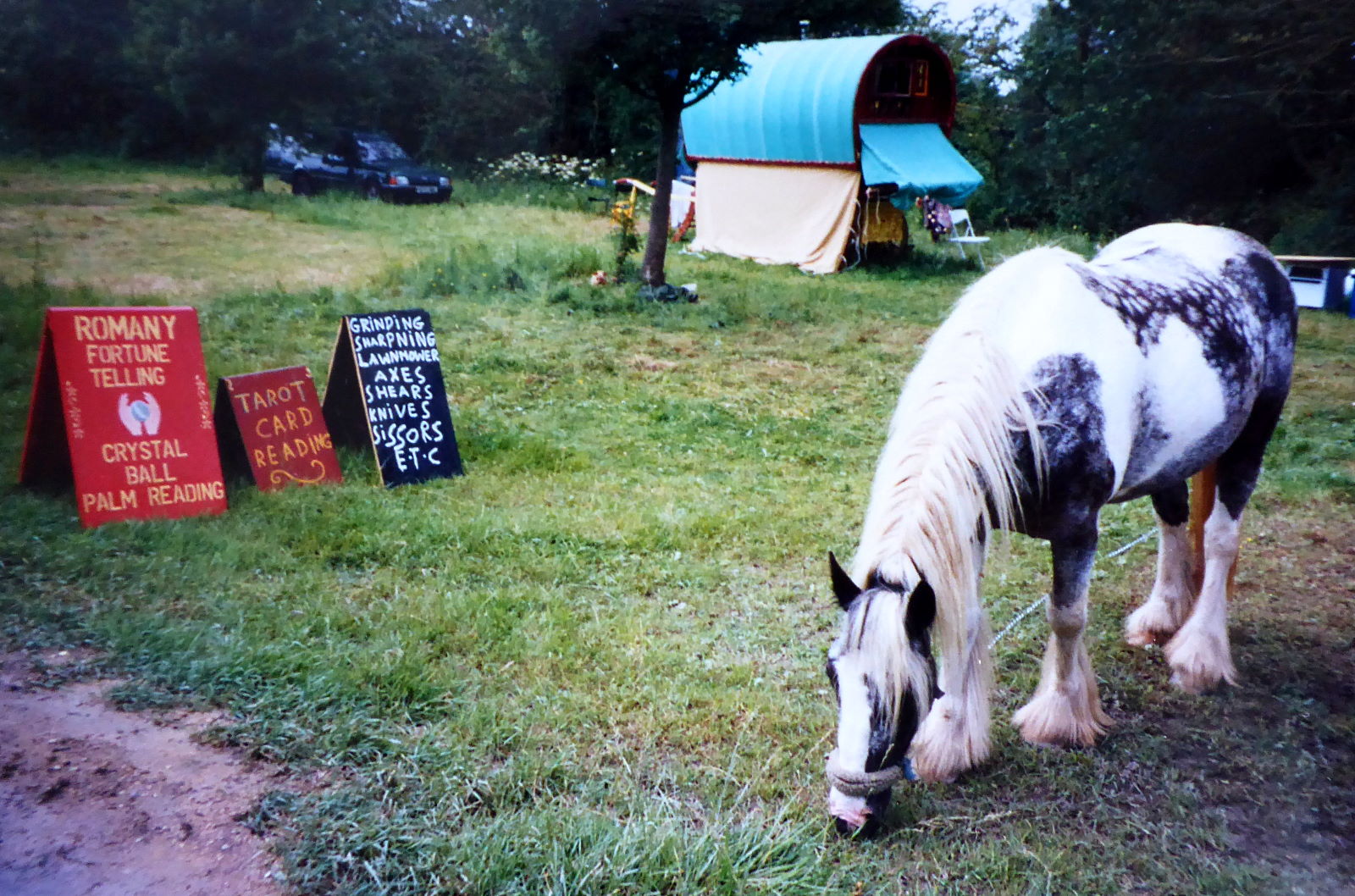 I cycled past a sign for a Romany Fortune Teller (pic). She said, You are going on a Long Journey. She must have The Gift. 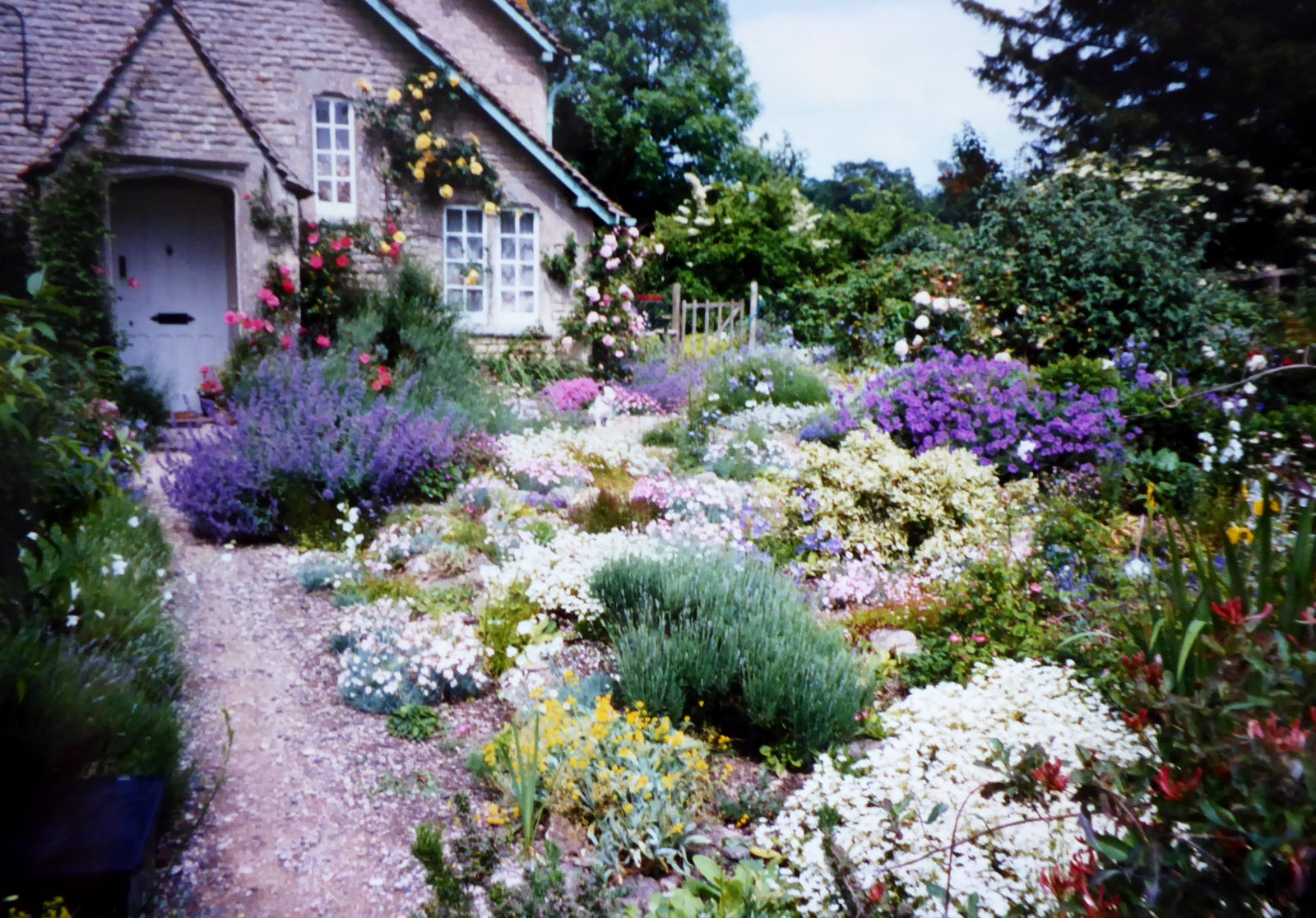 Dawdling back lanes took me to Down Ampney. I came this way to see the childhood home of one of my favourite composers, Ralph Vaughan Williams, to name but three (pic).

I bought a Walkman yesterday to supply some barbag music, so I put on the The Lark Ascending and the Fifth to go with the sunny afternoon. Had I known what the weather later on would be like, I’d have brought Sinfonia antartica too. 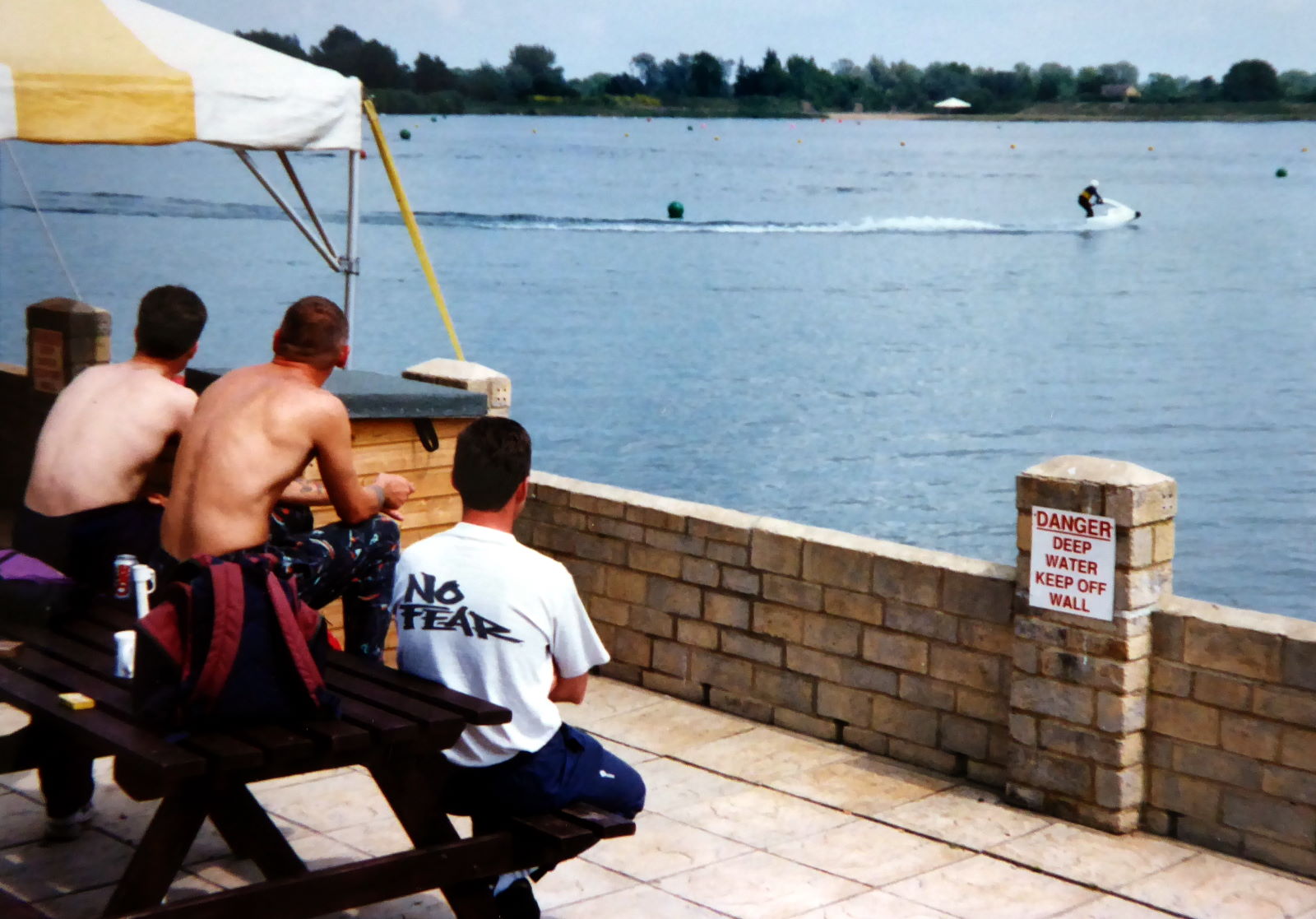 I went past Cotswold Water Park (pic), full of jetskiers and people talking loudly about their sales figures, to the pretty Cotswold village of Bibury. It was fourish but I had plenty of daylight, so I waited for Jankowski’s Brasserie to open. I’d been recommended their grilled trout, continuing my trip’s food theme.

It was delicious, pink and tender and tasty. (Trout rating: High up the scales.) And it certainly was local, caught from the stream right here. So I put Schubert’s Trout Quintet on my Walkman. Perhaps I’d have to find myself a pizza for dinner tonight: the next track on my tape was Vivaldi’s Four Seasons.

I sipped a couple of beers in the bright sun (pic): Oakhill, a Somerset stout with a solid, smooth, easy-drinking taste. I pondered a joke – How do we know Schubert’s beer capacity was less than a gallon? Because he left his Eighth unfinished – but thought the audience for classical-music-themed Christmas crackers might be limited.

Anyway, I sat writing postcards until six, when it started throwing it down again. I squelched for an hour and a half along lovely lanes and the horrible A429 to Stow-on-the-Wold.

Cold, wet and tired, I found the hostel with some relief in the fine Cotswold-stone square. The warden told me to put the bike in the passage of the pub next door. The bar staff told me to bugger off.

I decided, on balance, that I’d find another pub to have a pint tonight.