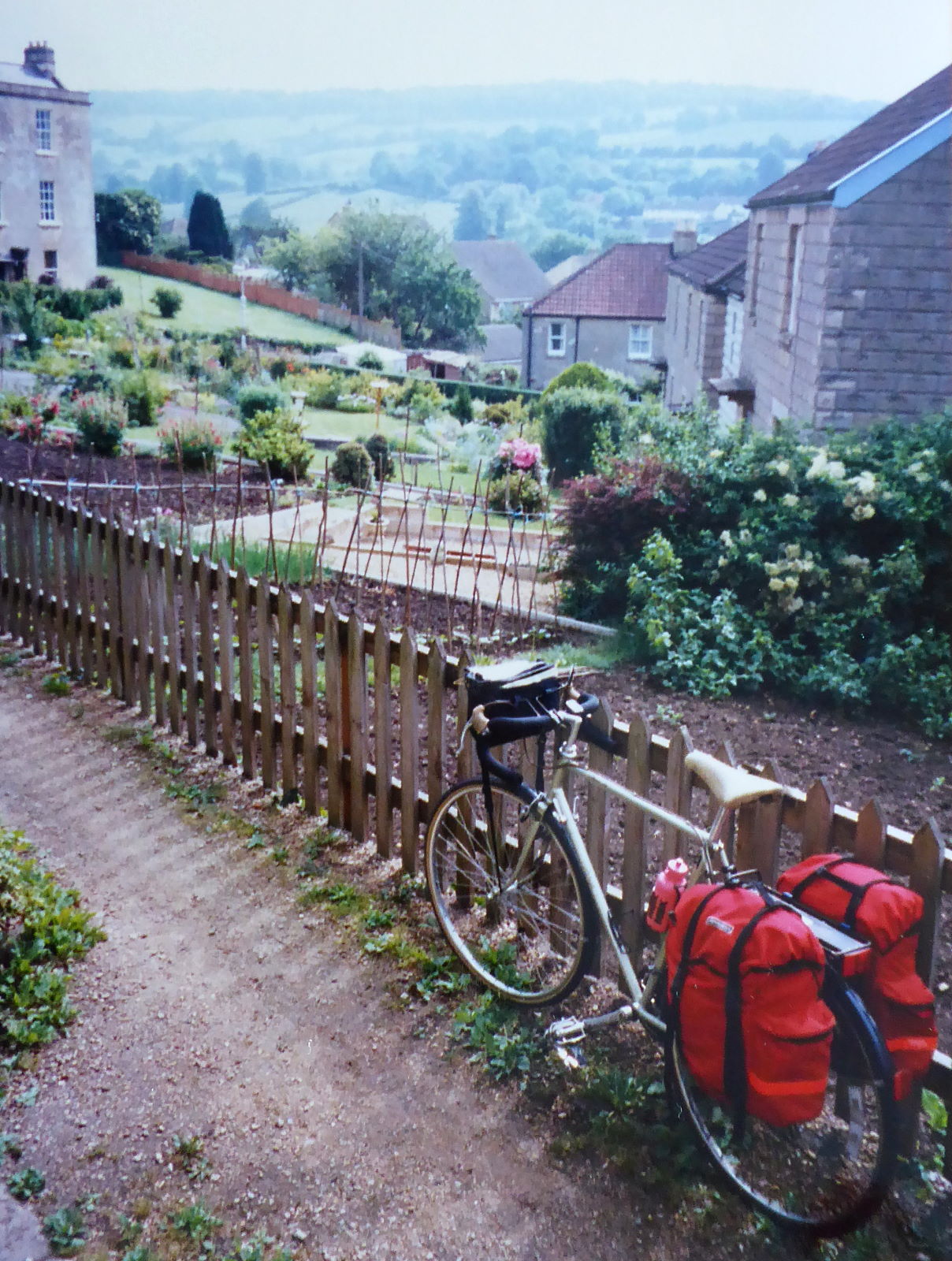 A rest day at home today (pic), doing routine chores in town – pictures to the chemist’s, replace my back tyre, buy a house etc.

The back tyre had been deteriorating steadily since Taunton: a little thup-thup-thup, one per revolution, detectable as tiny jolts to the saddle. The rubber’s gentle way of telling you it’s about to blow.

Hardly surprising, as the tyre was already second-hand when I bought it a year ago, and it’s been from London to Athens meanwhile. And along the Kennet and Avon canal towpath from Newbury to Bath, which probably wore it out more.

And the house… yeah, well, you know. After five days of heavy rain, I thought I deserved a treat.

I wasn’t quite sure if today counted as part of my End to End. I breezed around town, and to see friends, on my mountain bike rather than my tourer, so in that respect it isn’t. But I ate only local food and drink today, so in that way it is.

My Bath-sourced lunch consisted of excellent local shop-bought sausages from the sausage shop, which is called ‘The Sausage Shop’. They were porky and herby, which sounds like a rather naff sixties double-act. Banger rating: 1965 Rolls Royce Silver Shadow.

I also had a Bath Bun for mid-afternoon snack. This is a milk-based sweet bread roll with sugar and currants on top. Jane Austen didn’t care for them, but she didn’t like Bath much either. Transitional literary realism rating: Nonsense and nonsensibility.

Drinkswise, I thought scrumpy should be on the table, preferably within easy focusing distance. To my surprise I couldn’t immediately find any artisan stuff, and had to make do with a couple of cans of Gaymers, synthesised in Bristol. Wurzel rating: Oo-arr-oo-arr-eh.

Back on the road tomorrow. I couldn’t wait to get on the bike, back into action again. Unfortunately, if the forecast was to be believed, neither could the rainclouds…