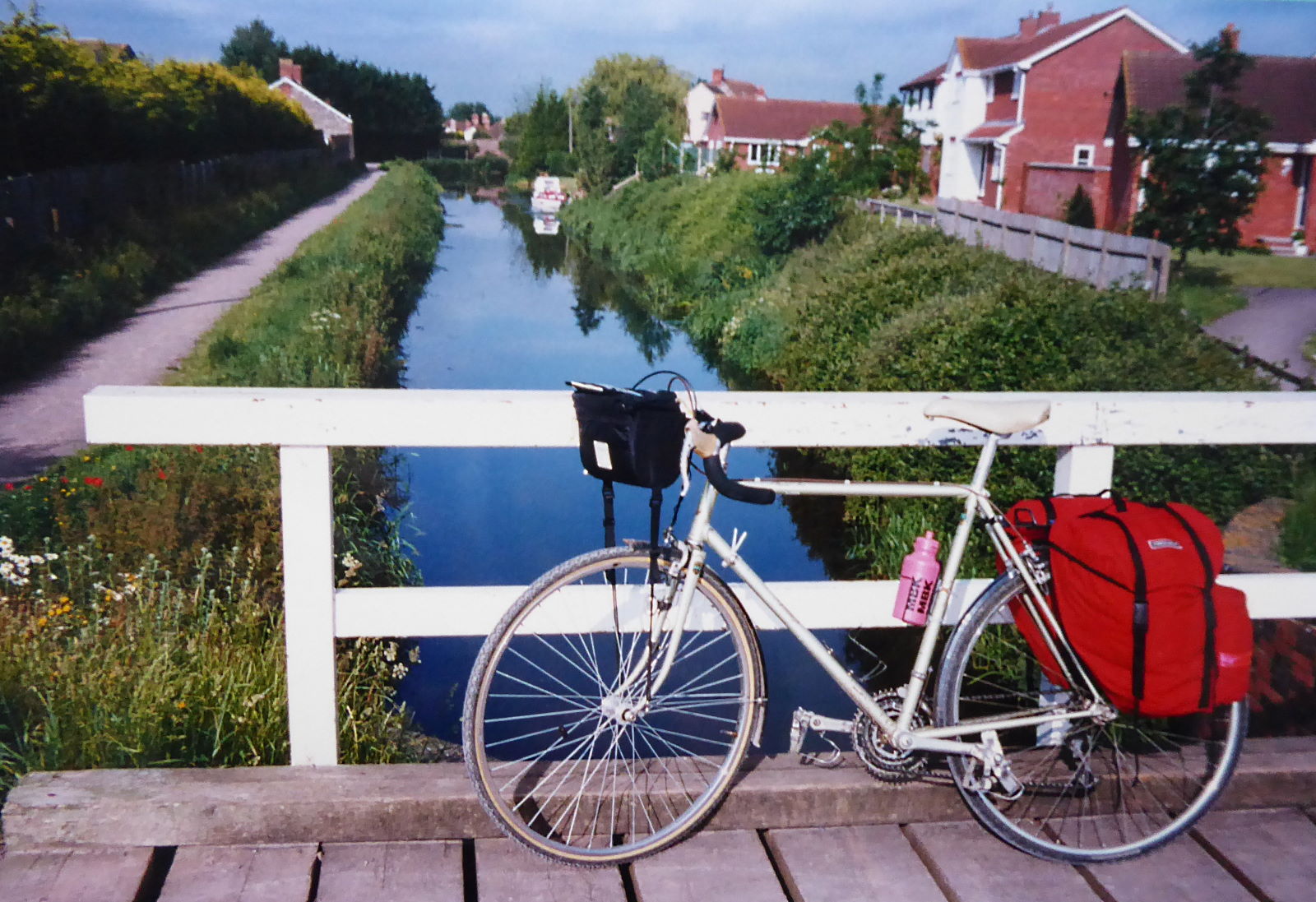 From Taunton to Bridgwater, NCN3 takes the canal (pic). It’s furnished with a scale model of the solar system, and the towpath is certainly out of this world. Like the surface of Mars, perhaps, stony and rough. 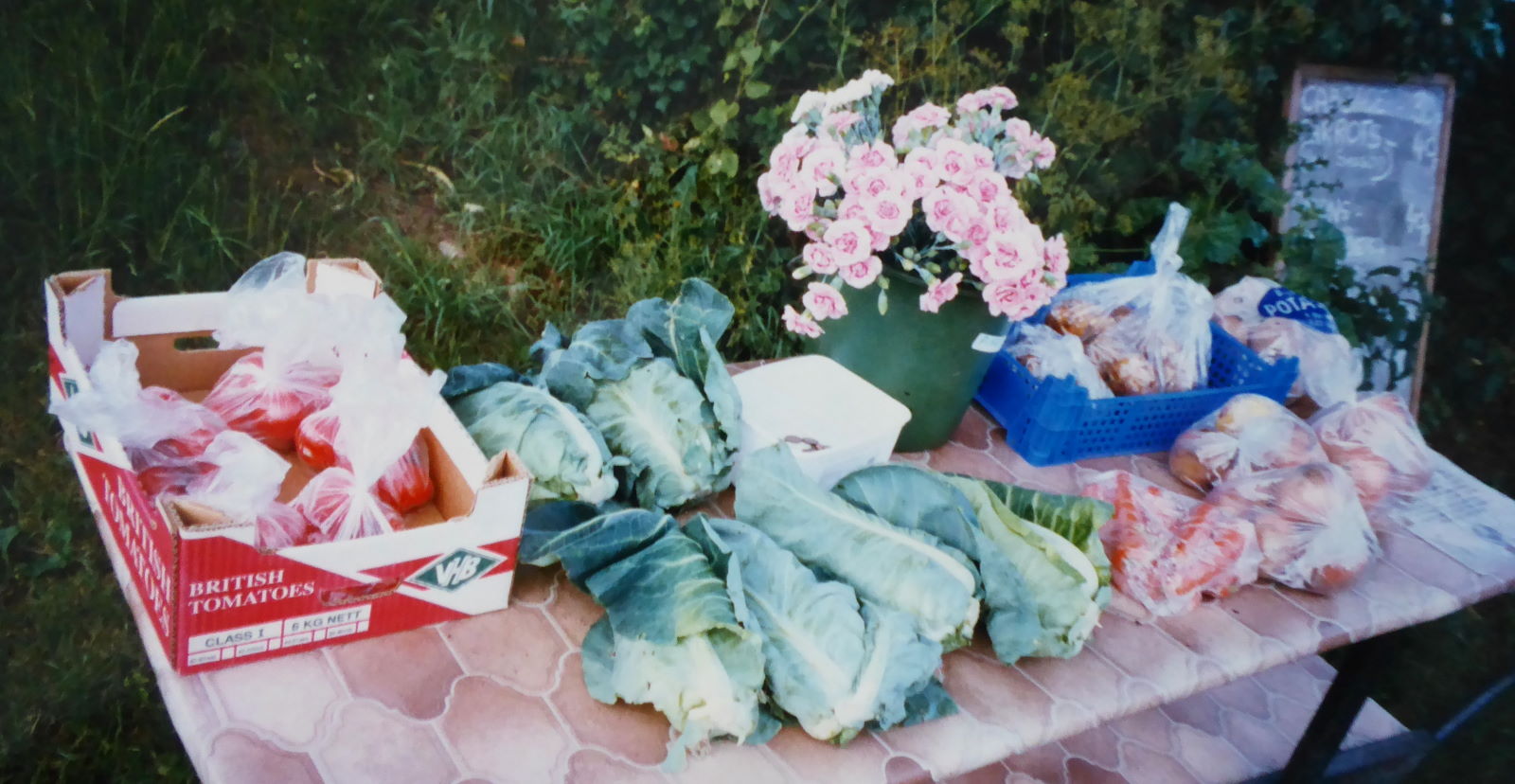 Somewhere en route, mindful of my trip theme of locally-sourced food, I stopped at a farm’s honesty table to stock up on fresh fruit and veg (pic).

I’d like to think that touring cyclists are the most honest of customers, partly through the moral rectitude of the self-sufficient, but also because you’re unlikely to make a successful getaway on a bike with the hotel TV.

If anything, we’re more likely to leave rather than take: I’ve inadvertently set down a trail of travel towels in hostels and B&Bs across Europe. 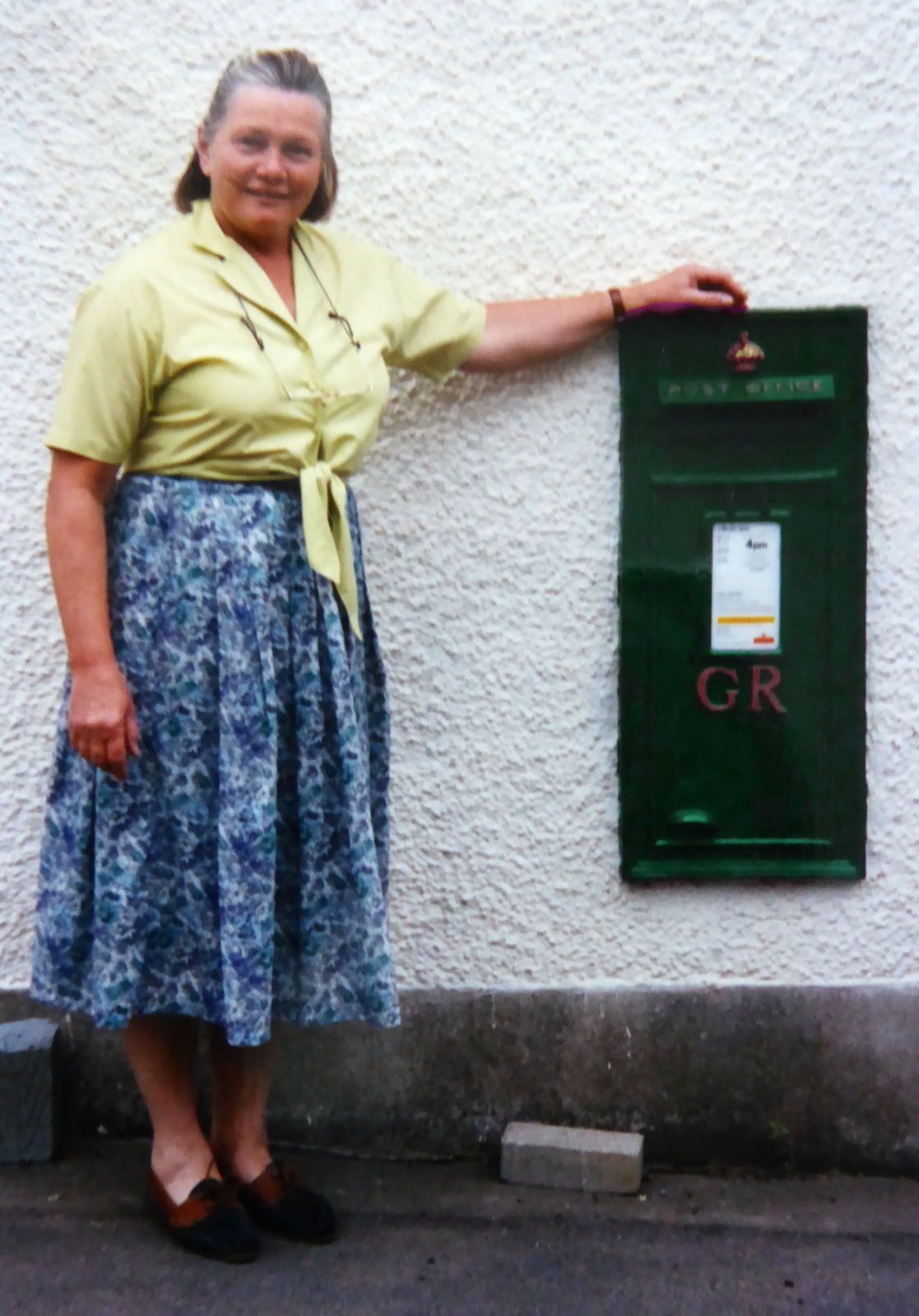 The Somerset Levels came as a welcome surprise after the psychotic ups and downs of Cornwall and Devon. You could almost be in the Fens, except for the hills poking up in the distance, like a faraway ilimanjaro, or perhaps a rather nearer Glastonbury Tor.

At Moorlinch I admired the green postbox (pic) set into the wall of the friendly village shop. The owner told me the Post Office keep repainting it red and giving her polite but firm warnings about the potential criminal nature of unapproved colour schemes. Then, once they’ve gone, she paints it green again. 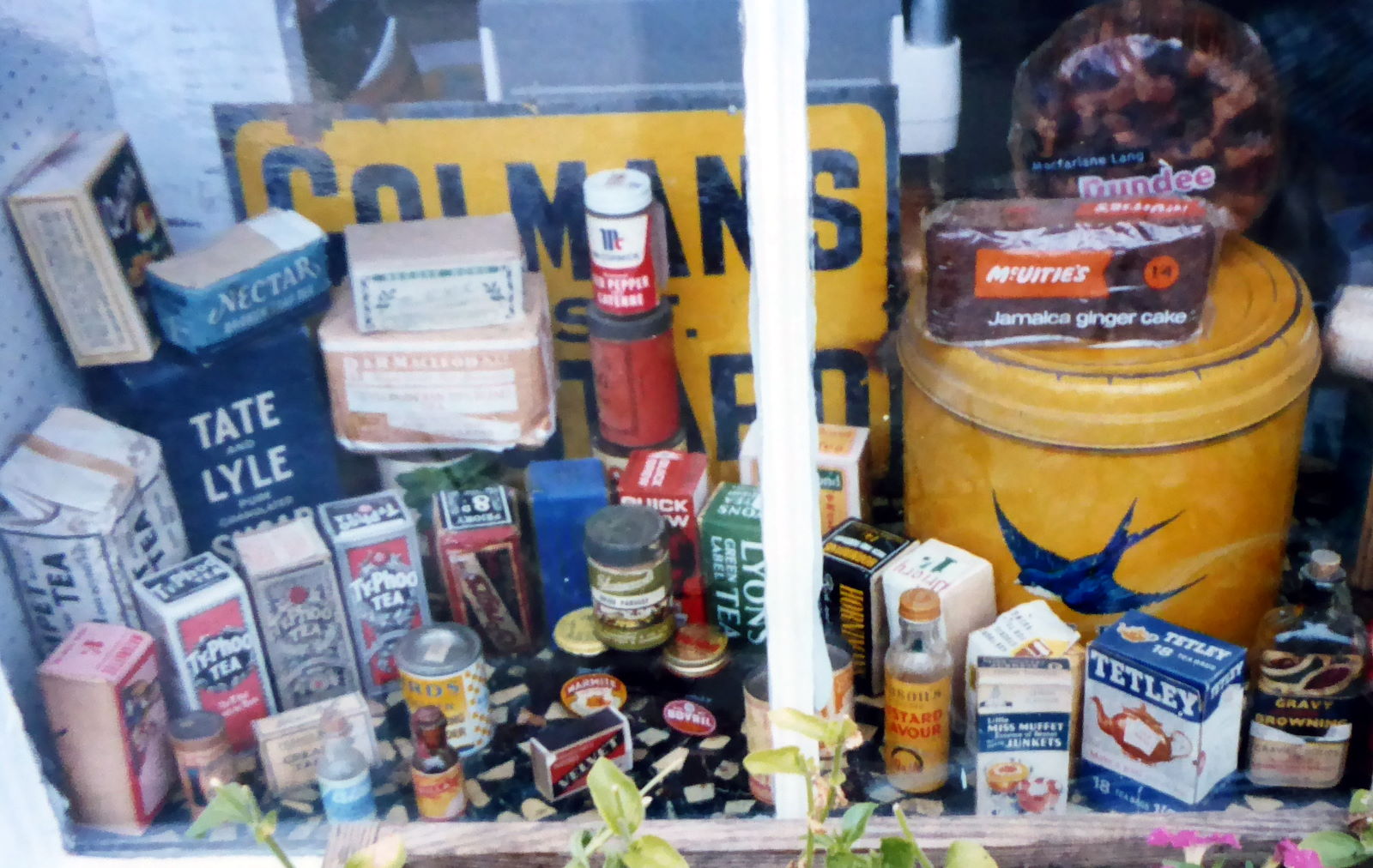 I love local village shops, though sometimes you wonder if their stock is past its sell-by (pic)…

Glasto Tor loomed and receded. If Jesus of Nazareth had visited here, as legend suggests, he’d surely have been welcomed; they’d just think he was an amiable hippy, down from Bristol. With Parry’s setting of Jerusalem echoing through my head, I got to Wells for lunch by the cathedral.

But along with a three-seeded loaf from a local baker’s, I was well-fed and happy. The sun was out, I was loving the cycling, and I was close to home. 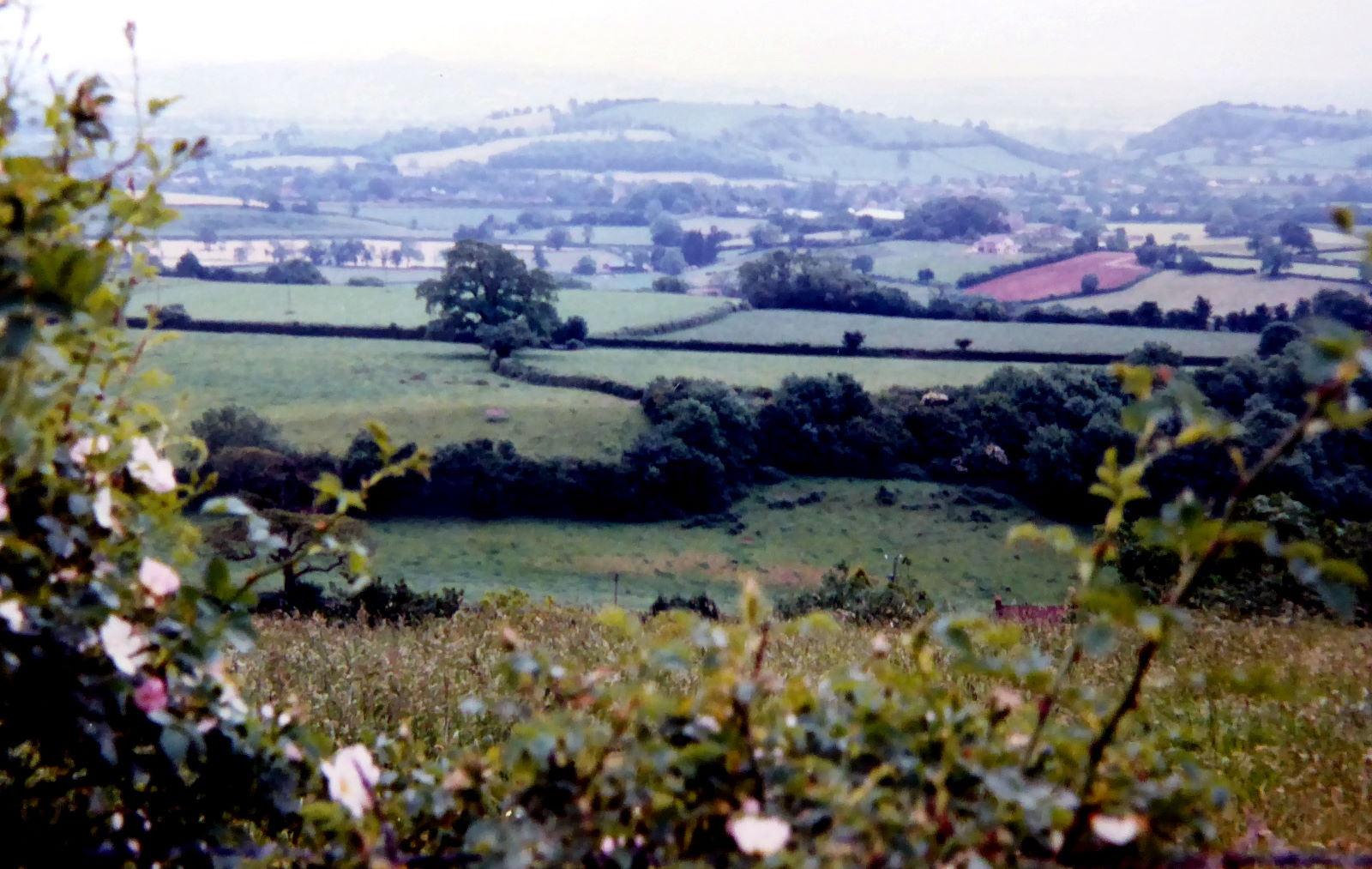 I had to push up the hill to Priddy (pic), but the views of Ebbor Gorge were spectacular, and I got some sweeping panoramas of the Mendips and the Tor. I rolled past the reservoir at Chew Magna, busy with daytrippers, and got back home for dinner.

My shared cottage, in the village of Northend just behind Solsbury Hill of Peter Gabriel fame, had the convenience of an always-open honesty-based farm shop next door. With my housemate Geri we picked some jumbo spuds for baking to go with the rest of my cheese. The goat’s, which had been bland and gypsum-like earlier in the day, seemed to have matured in my panniers, and was now pungent and delicious.

We washed it down with a bottle of Moorlinch, which I’d bought from the shop with the green paint job. Those Somerset grapes had done us proud, miraculously turning West Country rain into an excellent white wine. The guy from Nazareth would have approved, and was a dab hand at that himself. It was crisp, light but firm, hints of apple and celery. Postbox rating: Pat feels he’s a really happy man.