I’ve clearly upset the weather gods in some past life. This is turning into a very wet trip.

I fixed my puncture from yesterday evening in the B&B porch and set back out into the heavy rain. 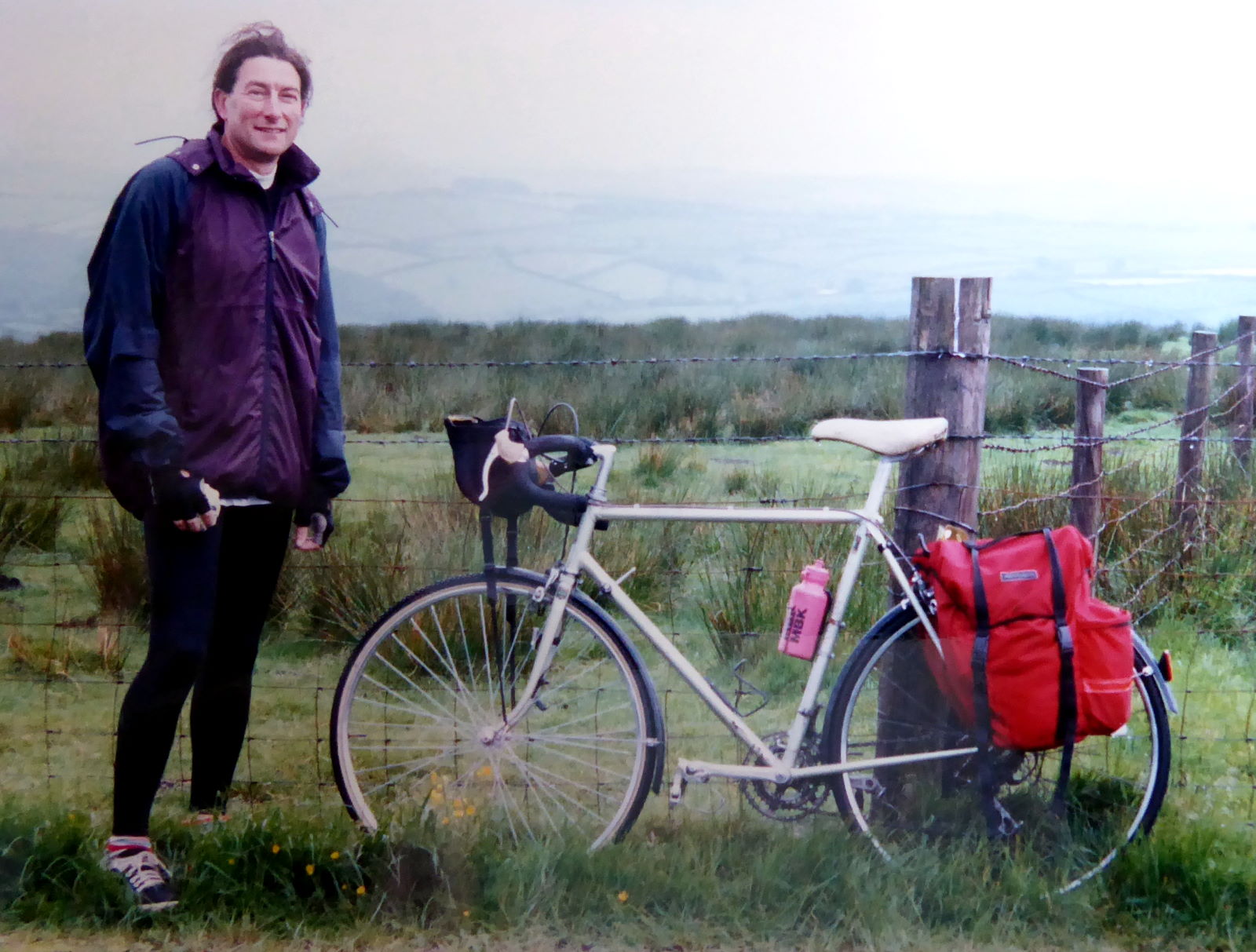 There followed a lot of long, wet slogging up and down tedious hills (pic). I was continuing to follow the new National Cycle Network Route 3, which included yesterday’s Tarka Trail. NCN3 is essentially a collection of signposts along quiet roads. Well, quiet apart from the cursing of sodden End to End cyclists climbing yet another pointless hill.

I had the Sustrans map of the route. It included blank spaces for collecting stamps at various points on the way, like youth hostellers used to do in the olden days. My experience at Bratton Fleming this morning wasn’t encouraging though. They didn’t actually have a stamp at all – a grumpy admin person just scribbled in the slot with a biro.

I never did manage to decipher the comment. Perhaps it said Go away, stop dripping on our carpet.

Or perhaps I should have taken it to the chemist and claimed it was a prescription for foot cream.

The rain did hold off now and then. When the sun poked through it was magnificent, with views over glistening verdant hills and valleys, and the narrow dribble of tarmac groping its way over wild moorland as if fearing discovery.

At Bampton, adhering to my plan of having only local food, I had a Devon cream tea at the White Horse Tea Rooms. I also collected a stamp, though my map was now so wet that the rubber block went straight through the paper.

My map had now separated into waterlogged squares and was shredding into pieces like flocked milk. I laid them out on the cafe’s stove. They quickly dried out – into crisp, warped shapes that could have been maquettes for a 21st-century parliament building. 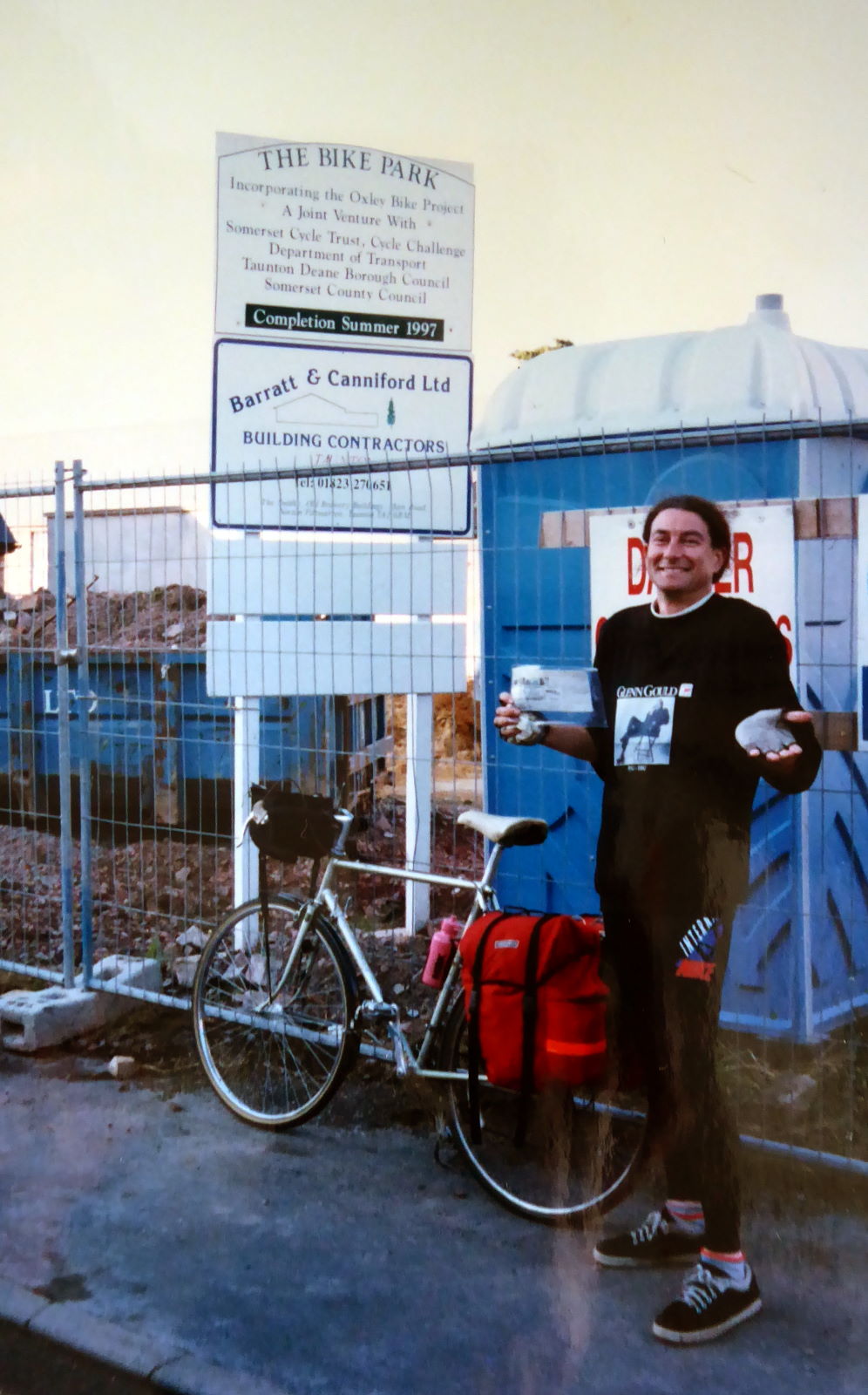 The cream tea itself was excellent: for a bargain £1.75 I enjoyed super-fresh home baked scones, doughy, moist, medium-light and not oversweet. The jam was perky but a little tart, which put me in mind of another short-term girlfriend from 1979. And there was also, of course, lashings of delicious local cream so naturally thick I could have grouted my bathroom tiles with it.

From here to Taunton the weather was mixed. In the sunny intervals I could see the rolling hills of Devon and Somerset far into the distance. In the downpours I could just about see to the end of my barbag.

By the time I got to Taunton it had just about stopped raining. I made my way to the stamping station for my map only to find it hadn’t been built yet (pic).

I discovered, with a guilty smile of revenge, that I had inadvertently stolen Bratton Fleming’s biro, so I calligraphed my own stamp with it instead.

Taunton on a Sunday night offered few local gourmet options. The best I could find was corner-shop chicken sandwiches made in Bishops Lydeard. Ah, life can be so unbalanced: the day had been too wet; the sandwiches on the other hand were too dry.