However, in a country where doctors earn about $60 a month, that represents two days’ wages for a health professional. No wonder they were so keen for us all to buy one.

So I ate in the spirit of this high-status, high-cost project: lavishly, and slipping away the surplus for use later on. The cycle-touring Brits I’d met in Trinidad were here for breakfast too, having stayed an extra day yesterday to dive.

Diving – or for me, snorkelling – is why we’re all here. The shallow, clear tropical waters here have corals and technicolour fish galore. And, unusually in the world, it’s not a boat trip away, but right there off the shore (pic). No fees, no organisation, simply put your gear on and wade in. 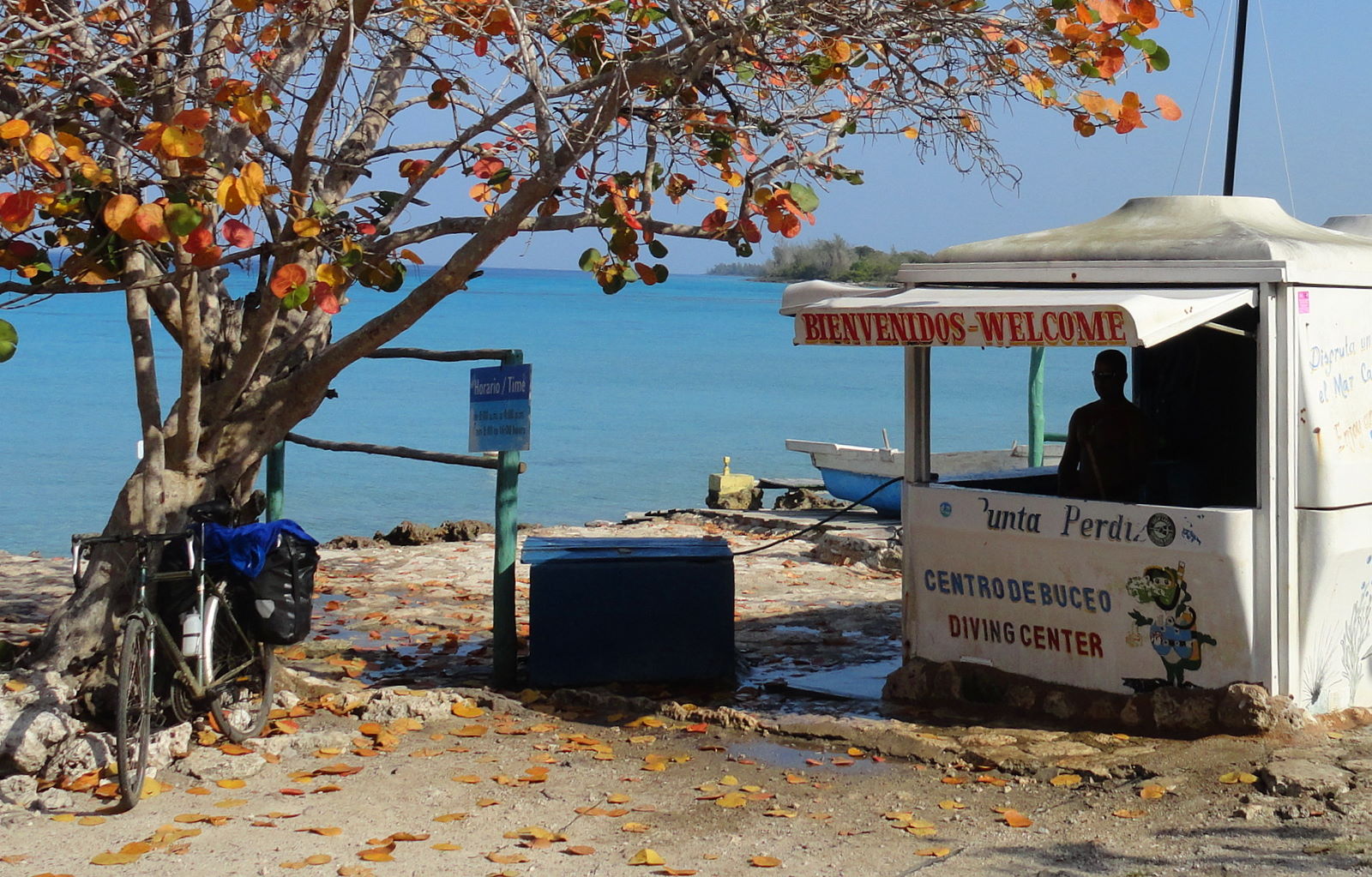 Which is what I did. I cycled the ten k or so along to Punta Perdiz and hired snorkel gear from a little hut on the water’s edge (pic): $3 for an hour. With my bike and panniers under the watchful eye of the owner – though opportunist theft seemed unlikely, as we were clearly the only people around for miles; how did he make a living? – I slipped straight off into the clear water. I didn’t have an underwater camera. This photo of Punta Perdiz (pic) shows the sort of thing I saw. It’s courtesy of Tripadvisor, and was taken by Roberlynn.

It was astounding, one of the great experiences of my life. So far, anyway. Zillions of fish, all hues and sizes, great banks of coral forest, a trippy swirl of silent colour and motion (pic). Perfect visibility, perfect temperate, windless, waveless. And I had it all to myself.

Until the tour groups arrived just as I was getting out, anyway. Ah, so that’s how he makes a living.

I dried off without needing a towel and was back on road by half nine. Medium length today: pleasant, flat, wind-neutral roll along through Playa Larga (refresco stop) and past a touristy looking complex full of a pretend Taino native-village recreation and lots of coaches. I didn’t go in.

‘Encountered the other cyclists again’, says my diary, which I suspect means ‘overtaken again by the other cyclists’. I struck on, making good time, and enjoyed a five-peso ice cream the size of a football as I cycled along the A1. I was heading for one of those amusingly-named places to add to my list of ‘villages I’ve cycled through named after countries in different countries’, which so far includes Wales in Yorkshire; Egypt in Surrey; the near-miss of Las Cubas, Spain; and now, welcome to Australia, Cuba (pic). 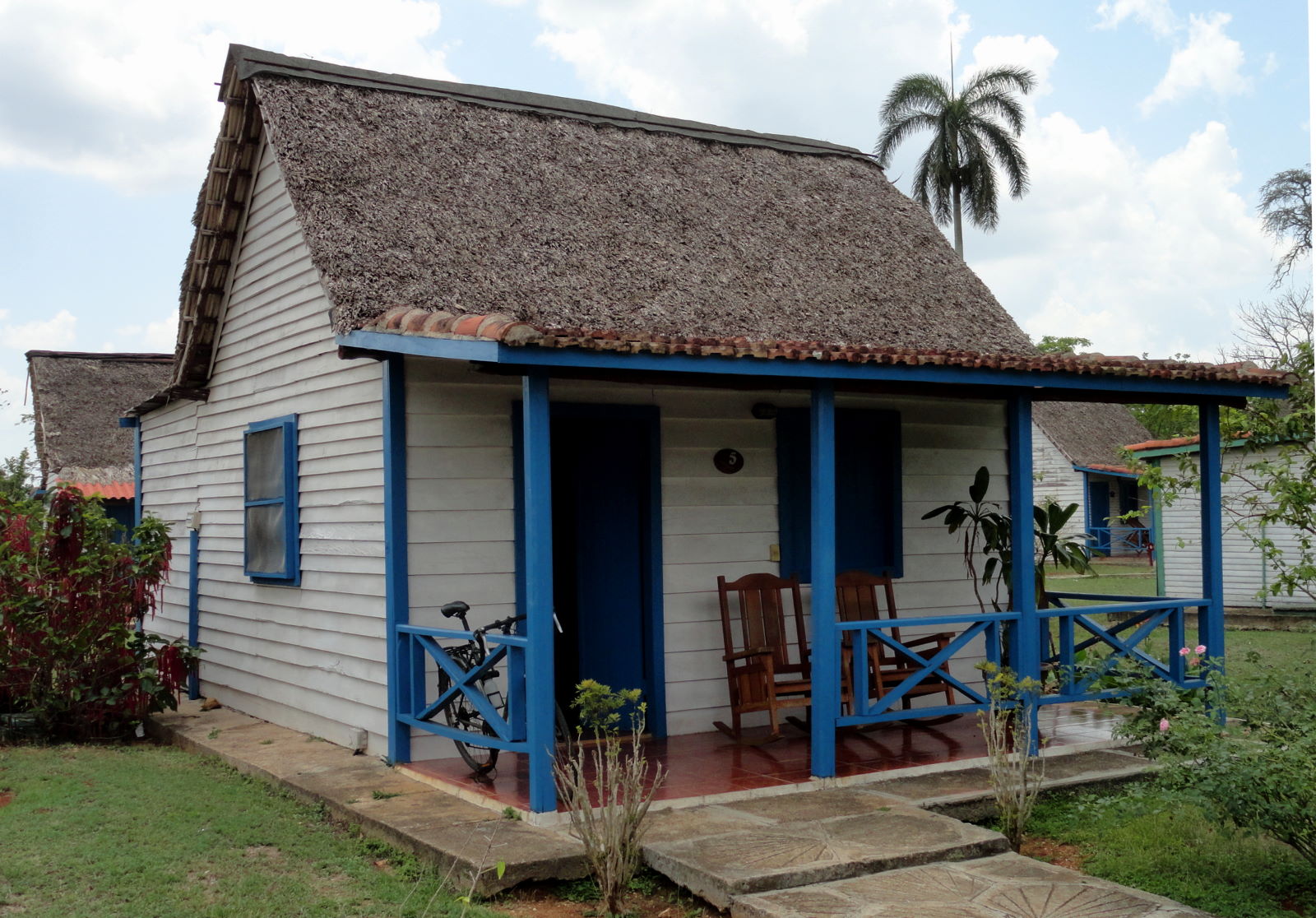 Last night’s casa owner had booked me, and the other cyclists, into a motel of thatched wooden cabins away from the (for Cuba, relatively busy) road (pic). They turned up as I was checking in.

The finca tourist complex near the motel was pricey and artificial, but a few minutes’ walk back into Australia was the real, everyday, rather ramshackle Cuban small town (pic). I had a couple of plastic mugs of beer from a local restaurant, which had several locals sitting round doing the same. 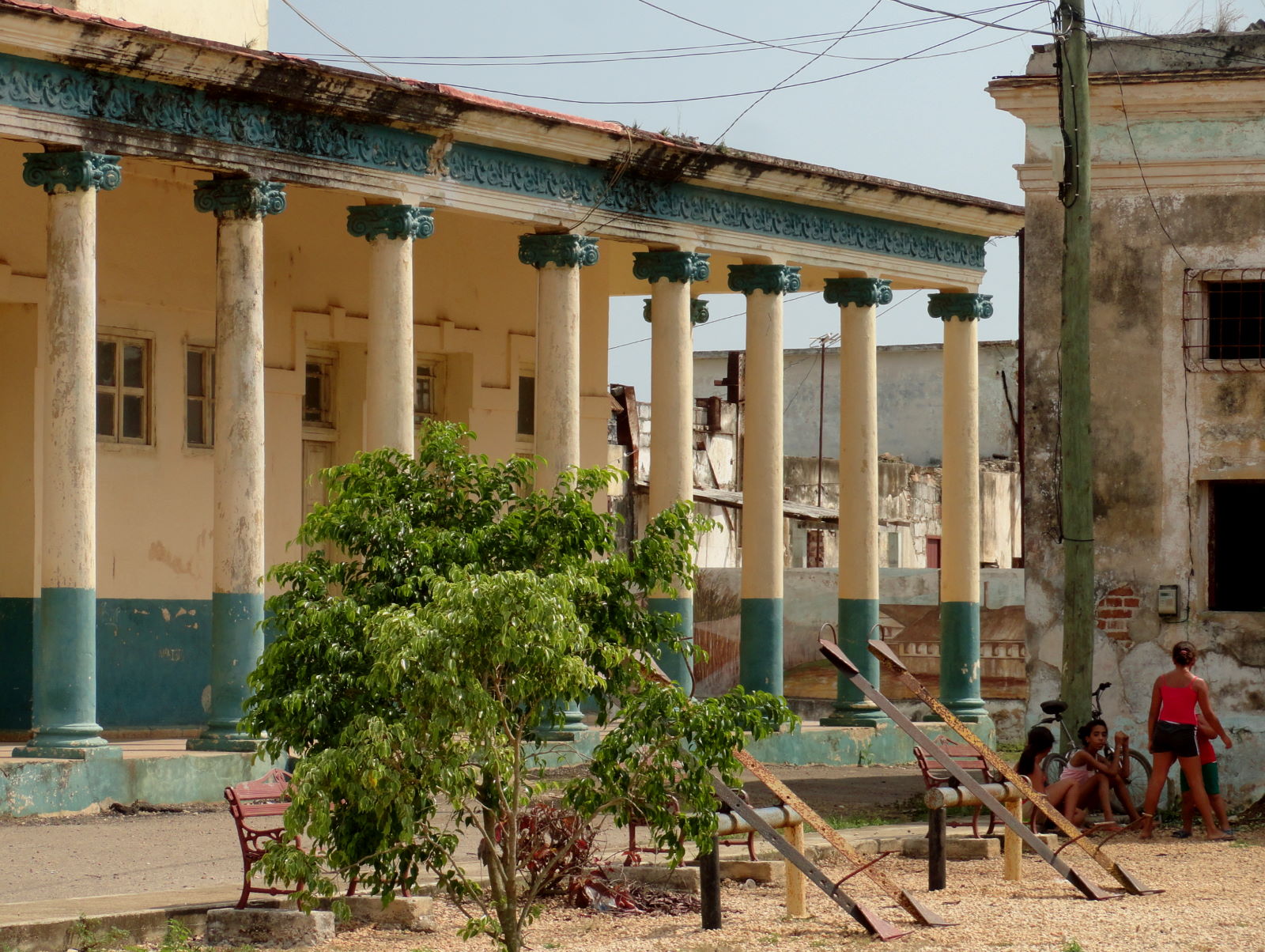 The village was the first place to abolish slavery, and served as Castro’s hangout in the late 1950s: we’re firmly in the Bay of Pigs here. The ‘main square’ was a rather forlorn place with crumbling buildings behind the long-disused sugar mill buildings (pic).

I had a couple of refrescos from a cafeteria and a ‘burger’, which frankly deserved a few more layers of inverted commas, then a sugarcane juice from the stall across the square. Hah! 16 pesos in all for my afternoon of beer, food and drink in town! 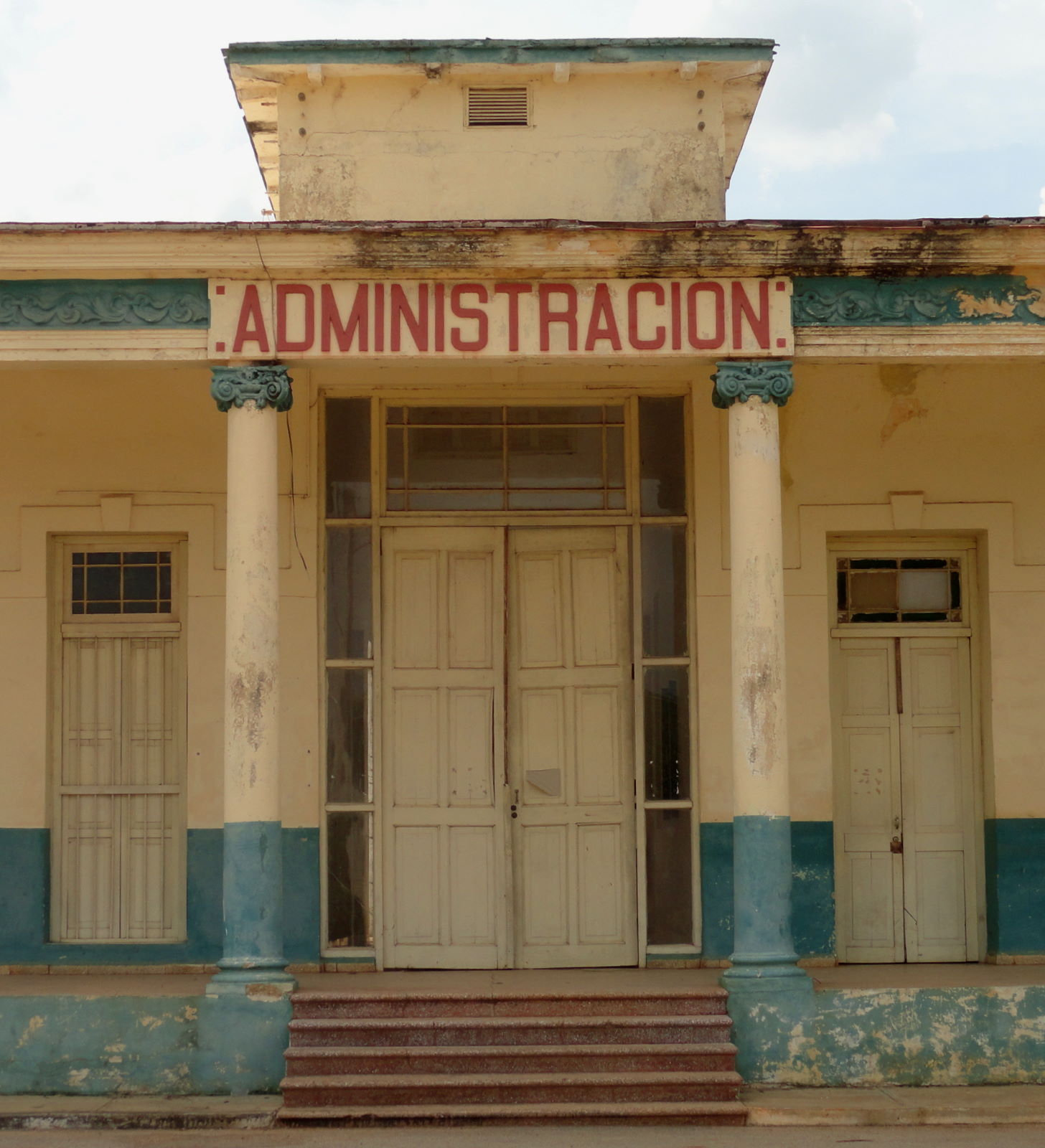 After my siesta, the other cyclists popped over and suggested a run on our bikes into town to find dinner. However, everywhere seemed as closed as the old mill buildings (pic), with nothing available in the dusty village-hall bar except rum.

One of the cyclists, who had been talking confidently about his important and responsible job in the London media, realised he’d lost his key and needed to find the concierge before he went home, so we all trundled back to the motel.

Just as well: the mighty thunderstorm that had been spoiling for a fight all evening broke. The cycle-touring Brits had been good company, and it had been a welcome change to converse in jokey, middle-class professional English. But it was time for solitude again. I happily retreated to my room, snacked on emergency shortbread and chocolate, and let the sparking fury of the tropical rain lull me to sleep.

I dreamt of tropical fishes.
Miles today: 39
Miles since Baracoa: 797