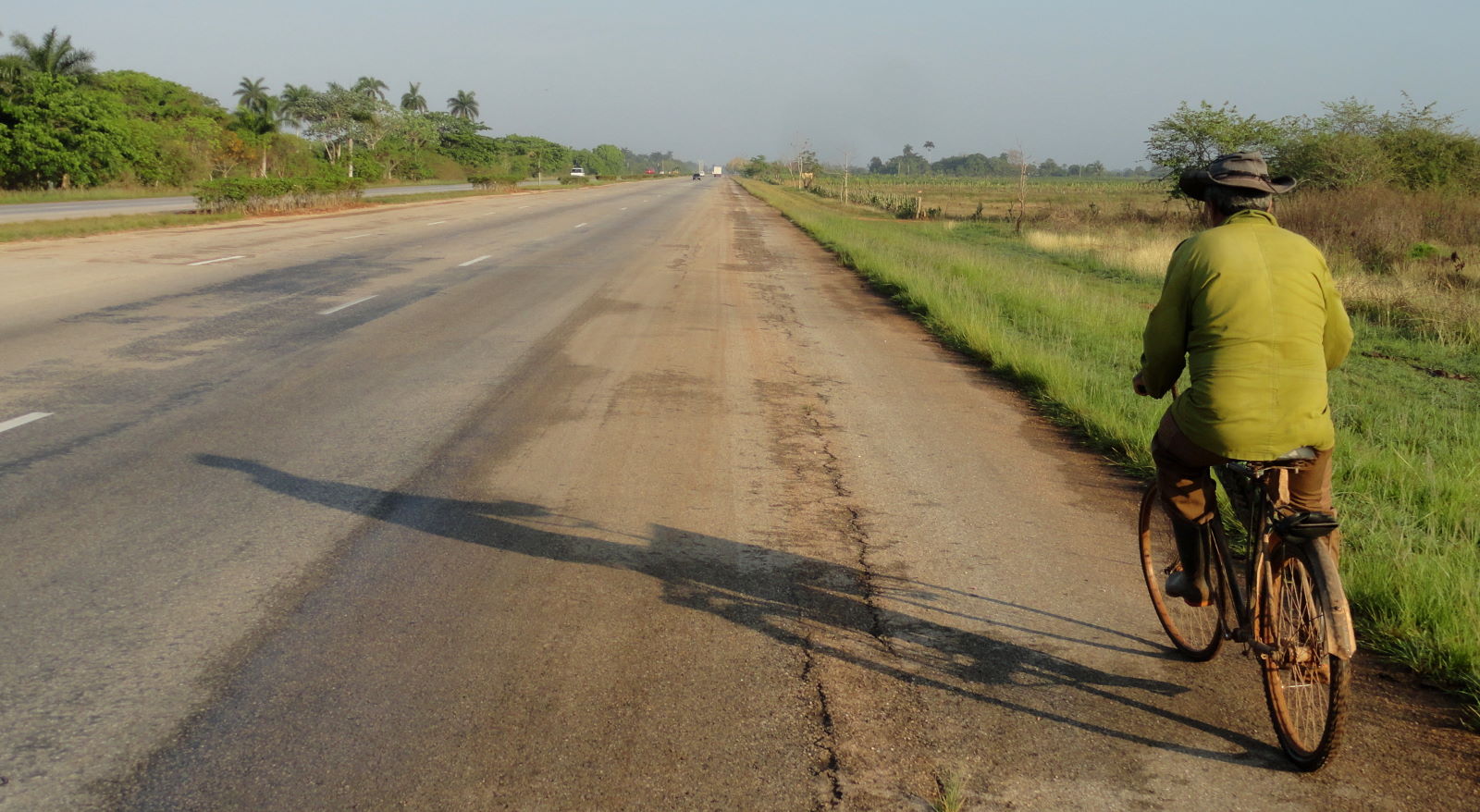 Yet another day of easy, fast, pleasant cycling, though the main roads are getting noticeably busier now we’re nearing Havana, with the traffic all going much faster than me (pic).

There were the usual refreshment stops en route, notably at the untouristed Jovellanos, where I pushed round for half an hour enjoying the obscure-small-town vibe. 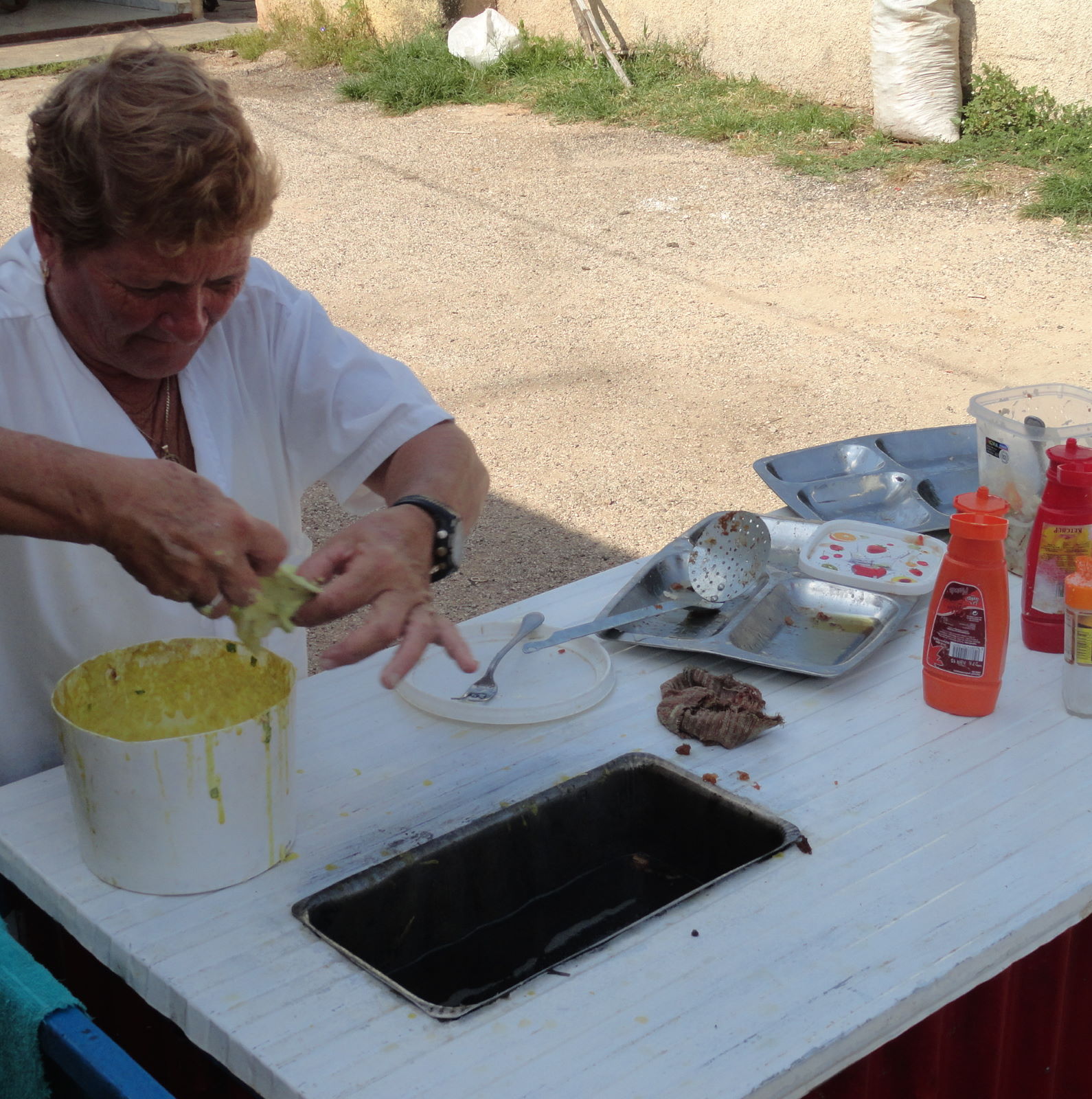 From a stall I enjoyed guarapo and pan con minuta, fresh fish battered and fried right there, with a bread roll, for five pesos.

It may look like she’s wringing out a bit of floor cloth in a pot of paint, but I can promise you, it was delicious. 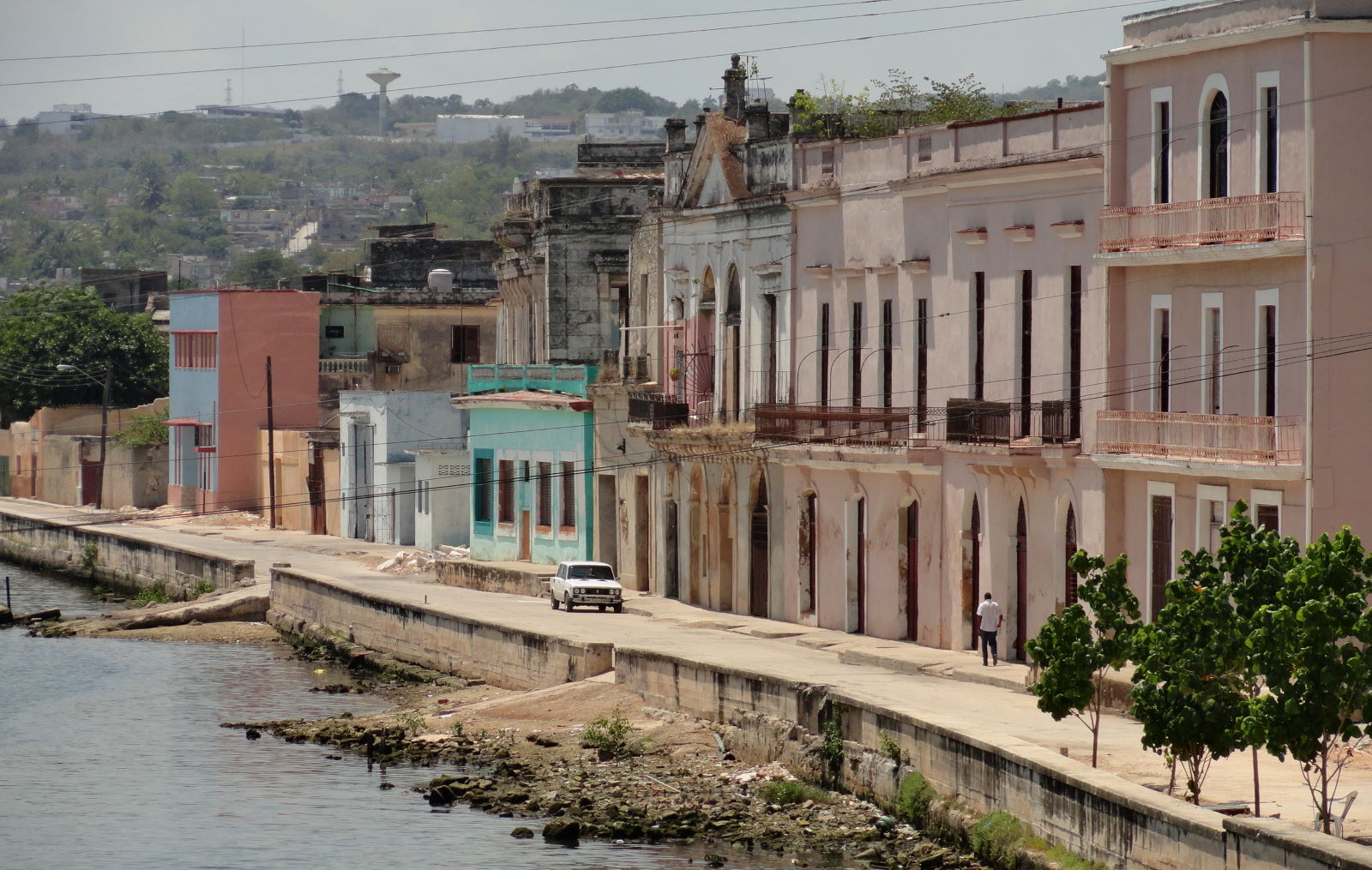 I headed for Matanzas, a small town off the main tourist trail. The name means ‘Massacres’, a grisly reminder of colonial genocide. Perhaps they should found some other event to mark, such as the town’s bloody slave uprisings. Some call it the Athens of Cuba for its poetic tradition, others the Venice of Cuba for its small network of canals (pic); it reminded me of neither, having both clean air and half-decent pizzas.

Anyway, I treat myself to a hotel room in the main square (¡free wifi!), and had my bike stowed in a back room by a rather reluctant concierge. Their staple clientele of business travellers don’t tend to leave trails of sand and dried mud. 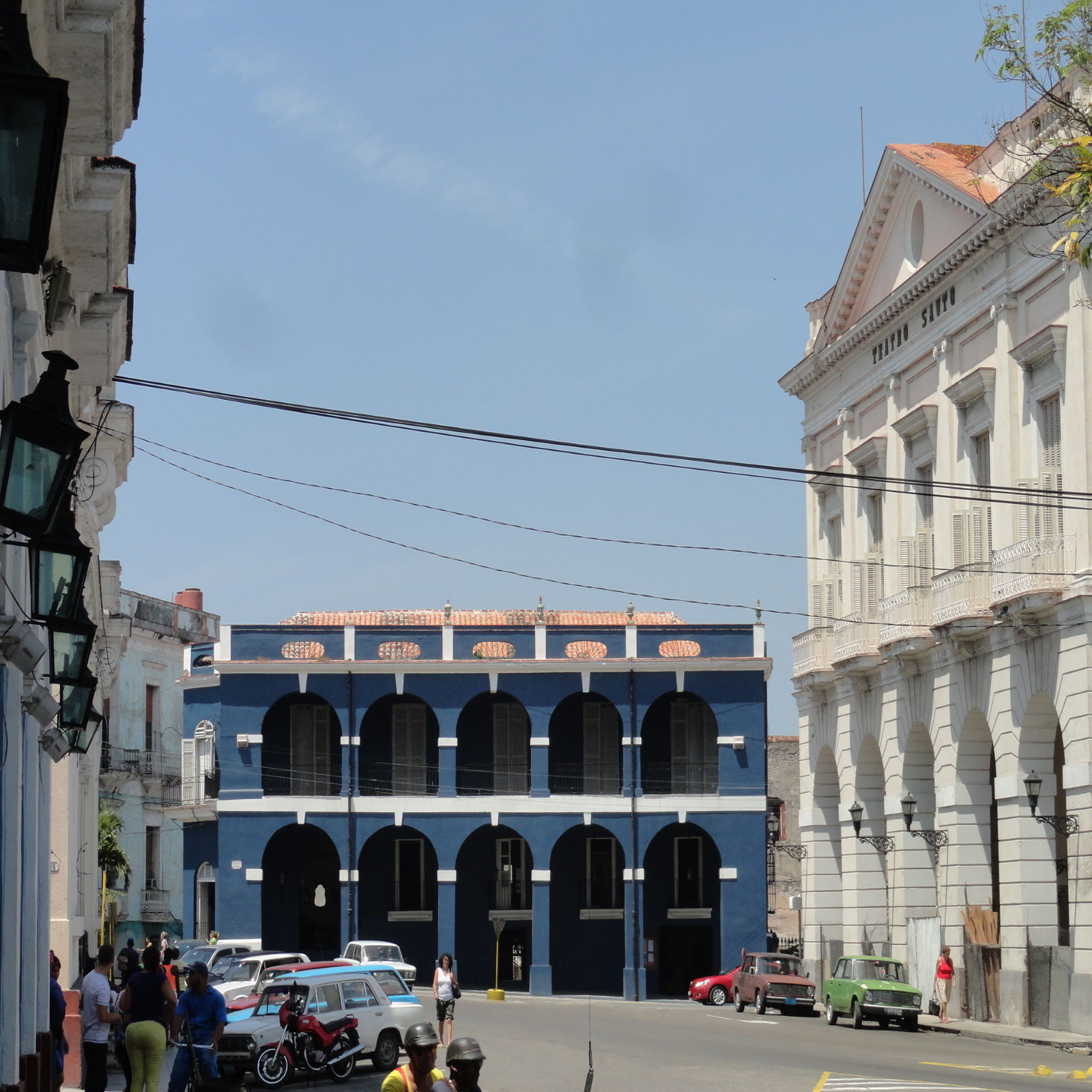 I had beers and pizza in the cafe opposite the refurbishment works of the Teatro Sauto, Cuba’s finest. 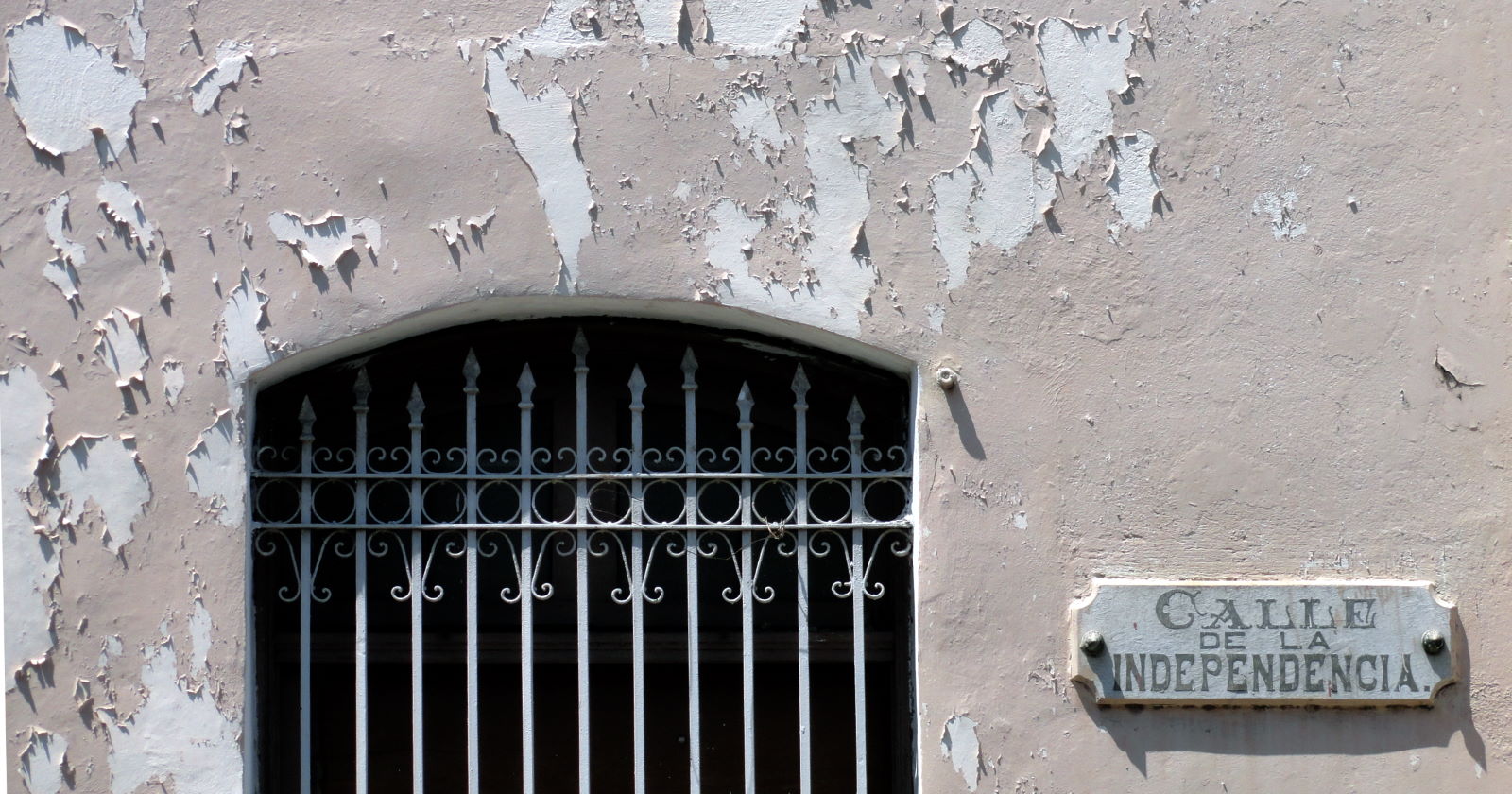 I strolled round the scruffy, decaying, but populated and active backstreets, eventually end up having two five-peso pan con bistec de cerdos at local place in Plaza Libertad (pic).

I finished with a beer on the hotel patio watching the sunset. Another day, another dollar, as my US friends say. I like the fact that on the road in Cuba, that’s about all I do spend a day.