An easy day in prospect – a holiday, almost – but first I had to escape my horrible accommodation.

This involved retrieving my bike from the cluttered downstairs reception area. In the dark. This was also the living space of the hosts, who were snoring on a makeshift bed.

The battered old wooden door to the outside, and freedom, was secured by an improvised locking mechanism of repurposed spoons and salvaged nuts and bolts. I managed to undo it without waking anyone, but I couldn’t then lock it up again from the outside. Oh well; there was nothing anybody could take from inside the house, except perhaps fright.

I cycled away from Humour Town with the manic laughter of relief. This was delightful country to bike through: gently winding, flat lanes with no traffic, through mango orchards and palm fields, and the odd village.

The approach to Artemisa was notable for a long line of bas-relief portraits of correct-thinking local political figures (pic). It felt weird, like you were being watched. Which was presumably the point. This is what it’s like having fifteen big brothers. In the town itself, I stopped to schlurp a batido, admired the church full of Sunday worshippers (pic) and handsome main square, and caught up on emails in the aircon comfort of an Etecsa internet branch.

I had a sudden thought: My emails aren’t being watched too, are they? Just in case, I wrote them in code, hiding my true feelings behind layers of irony, ambiguity and sarcasm. So no change there.

I cycled past the Romanesque Ancient Coffee Plantation Monument (pic) and into the Reserve of Las Terrazas. In contrast to the featureless plains of central Cuba, this was all beautiful mountain and hill scenery scenery, winding lanes, twittering birds, and beautiful happy riding. 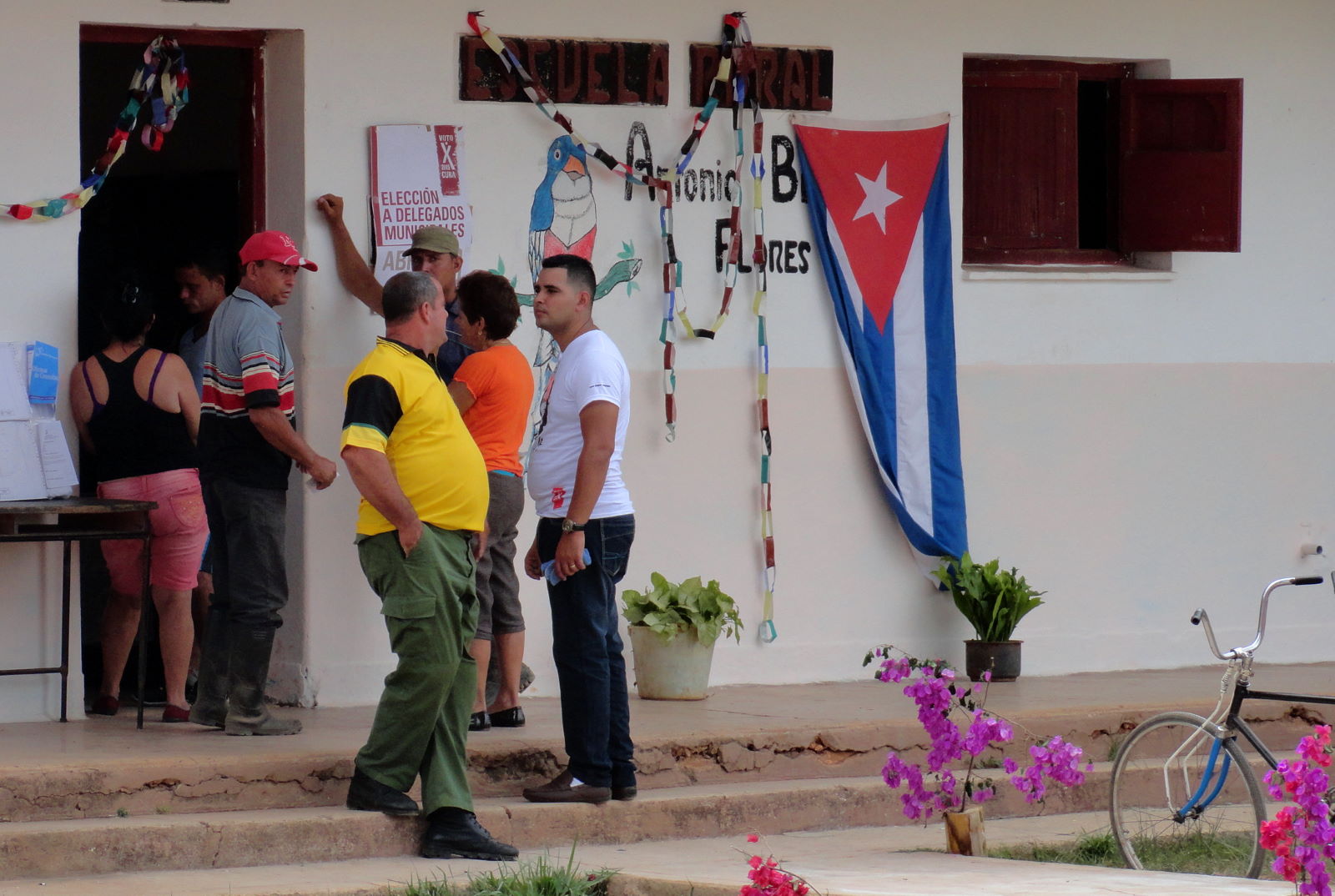 It was local election day, and municipal buildings were decked in flags with queues of voters outside (pic). Elections are non-partisan, free and fair: citizens can vote for any candidate they wish, so long as they’re Communist. 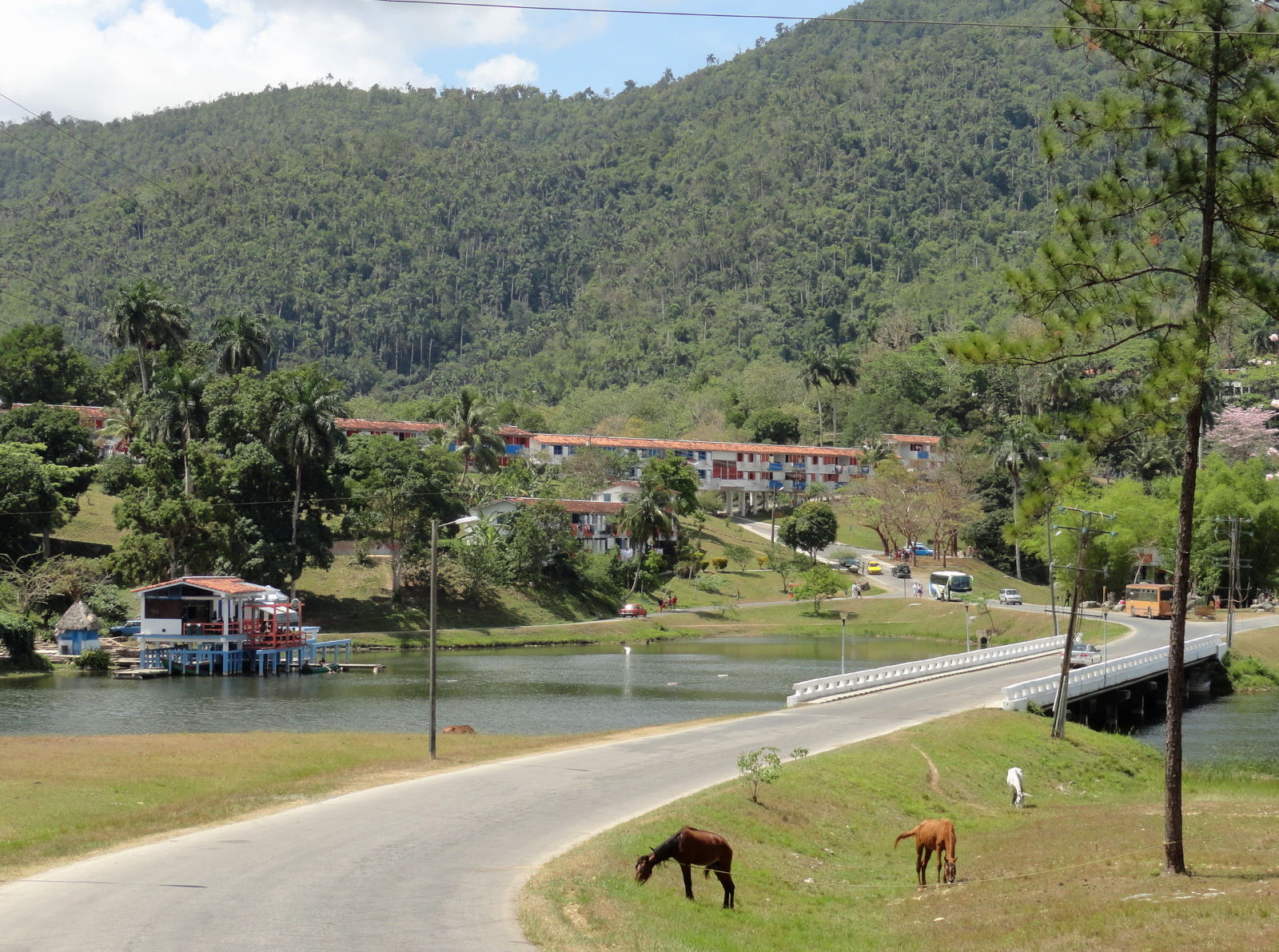 I arrived at Las Terrazas at noonish (pic), approaching grandly by a bridge over the lake.

It’s unlike virtually anywhere else in Cuba (pic): an eco-village that dates back only to a 1968 reforestation project, close enough to Havana to be a day-trip favourite. The signature view is bright idealistic concrete villas round that lake, rather than colonial colonnades round a market square. A tropical New Town, a Greater Antilles Garden Village, the Stevenage of the Caribbean.

Things started unpromisingly. I didn’t fancy the guidebook’s suggested hotel: the cost, queue at reception, and tourist shtick, drove me away. I tried at some cabins by the swimming-hole, but didn’t like the staff or the vibe. Oh dear: Las Terrazas was looking like a place for dollar-happy holidaymakers, not low-impact cyclists.

So I did what I always do, and it always works: find a local place for coffee and ask nicely for suggestions. Maria’s Cafe served me a small but quality coffee for $1, and they recommended a casa right in the centre. It seemed a touch unofficial – no paperwork, just handshakes and smiles, and was that a wink? – but it proved excellent. Yet again, being able to speak enough Spanish turned what could have been a deflating, alienating experience into an uplifting, inclusive one.

Pleased, and showered, and rehydrated with fresh fruit juice courtesy of my friendly hosts, I walked out to explore the village. Up at the community Plaza I saw a hall full of local families with beer towers and plates of grub.

Before 2013 I’d have been too timid to join in. But in winter that year I spent a few weeks in Salamanca, Spain, on a language course – followed by a few weeks travelling round Spain to put my skills into practice. That had given me the language confidence to go in to the hall and engage with people now.

Which is what I did, and Cubans being Cubans, it proved a sociable delight. I had a plastic plate of yucca and slices of pork and a glass of Cristal beer dispensed from a keg, $2 the lot, and chatted to local families while children larked around us. 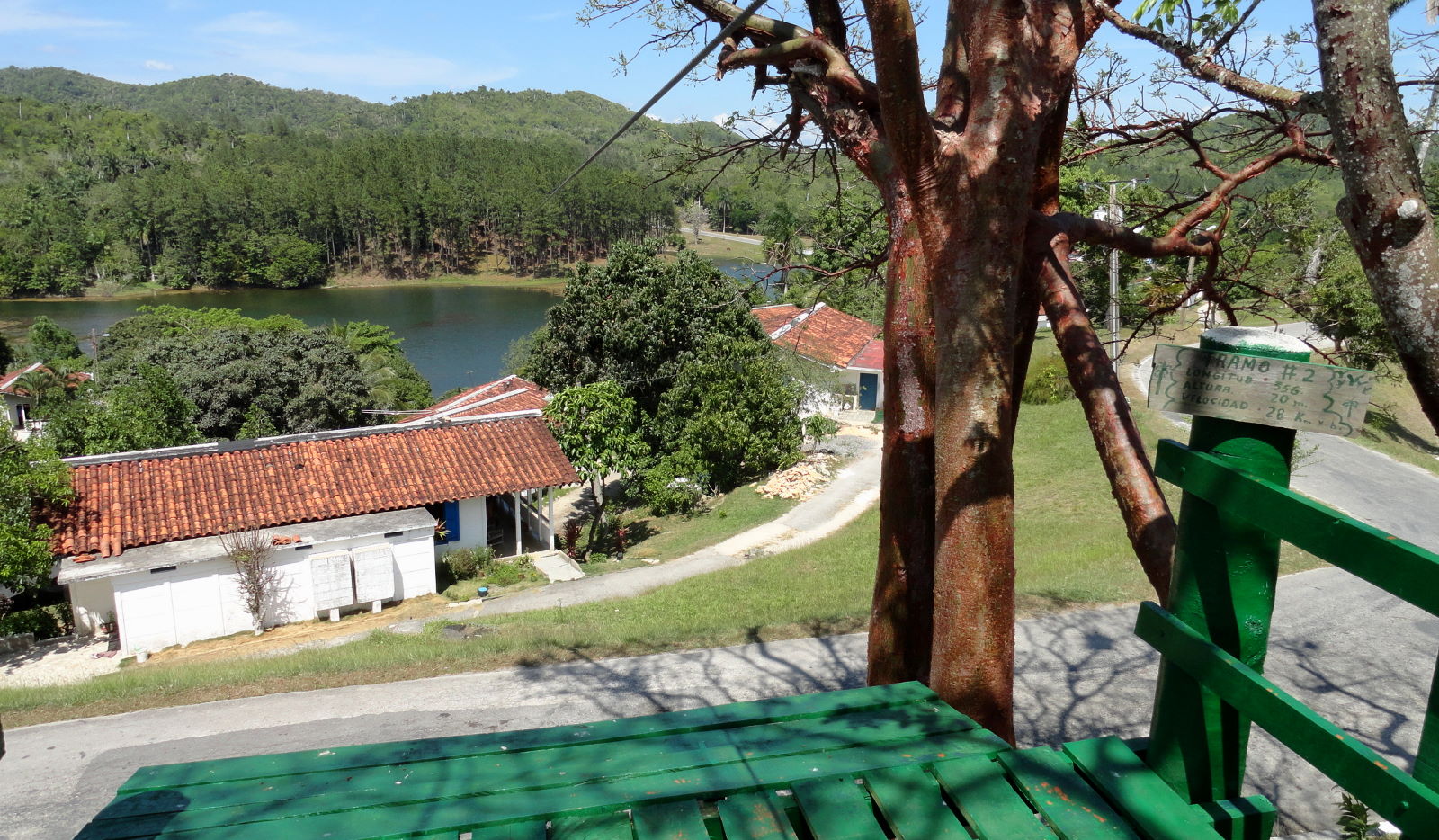 One beer was enough to embolden me, but not enough to affect my ability to operate machinery, so I booked myself on the Zipline Canopy trip. Las Terrazas is one of the few places in Cuba (perhaps the only one) that you can do this. It’s a luxury experience: a whopping $25 for just two 40-second tramos (locals pay $10 for three). But from my casa I’d seen them doing it, soaring through the trees and over the lake, at first mistaking the whirring for electric buggies. I couldn’t resist (pic). 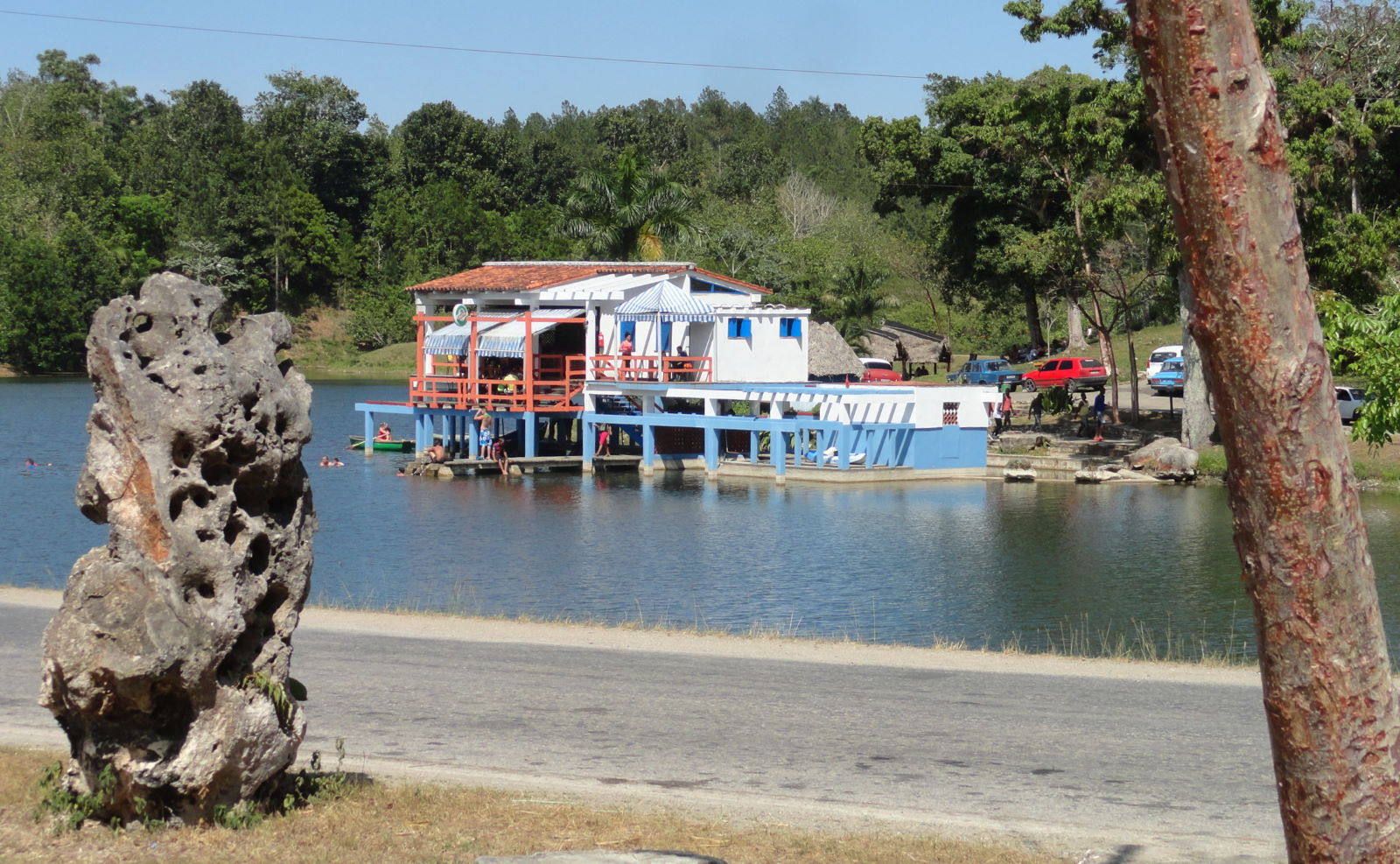 It was a glorious, if brief, experience on a beautiful day, and I was adrenalined-up and happy. I came gently down to earth with a couple of beers at a lakeside cafe (pic)… 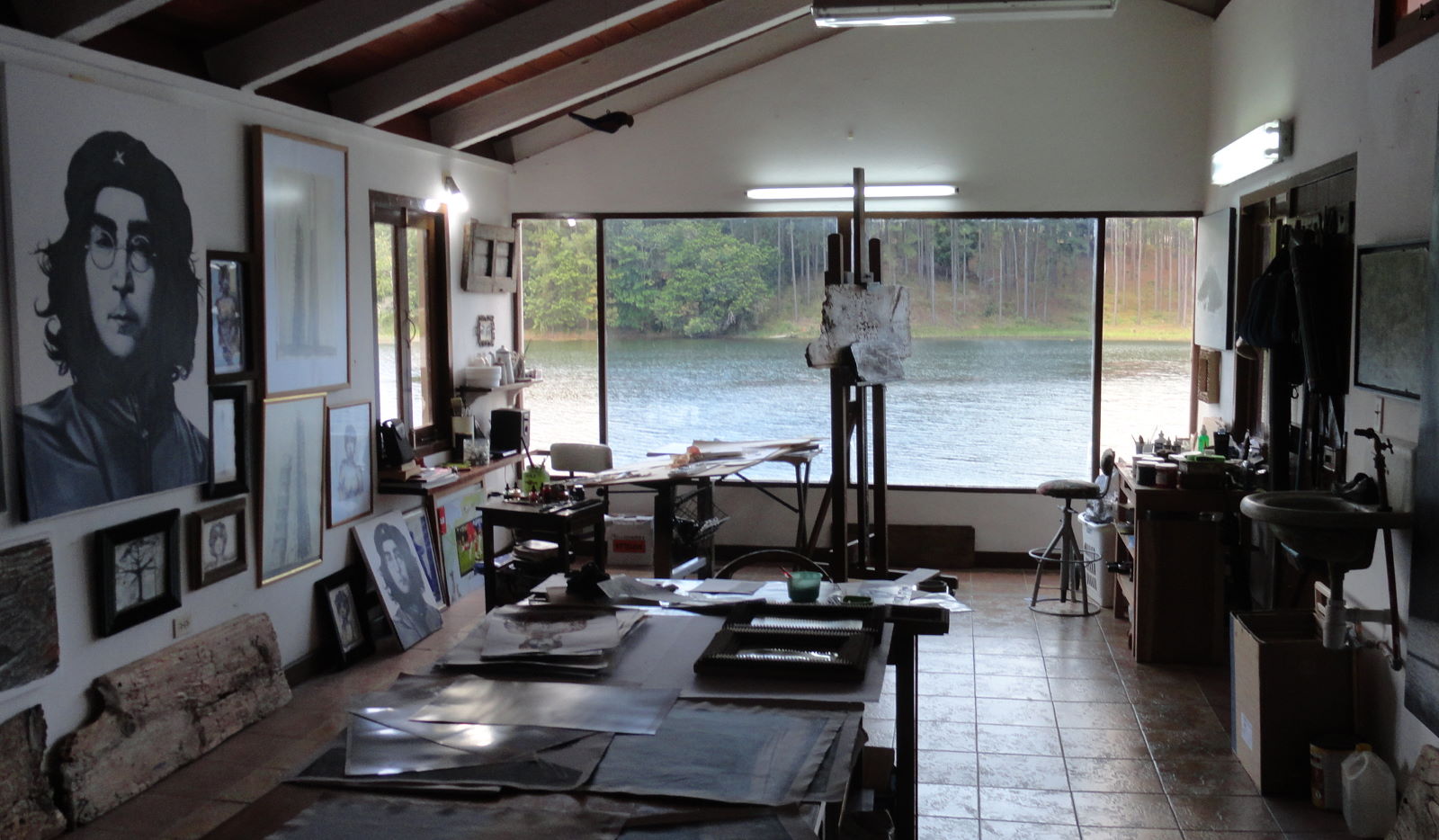 …and dropped into the museum-house of late local musician Polo Montañez (pic). It had been a fabulous day, and I went back to my casa buzzing. Or maybe that was the mosquitoes…