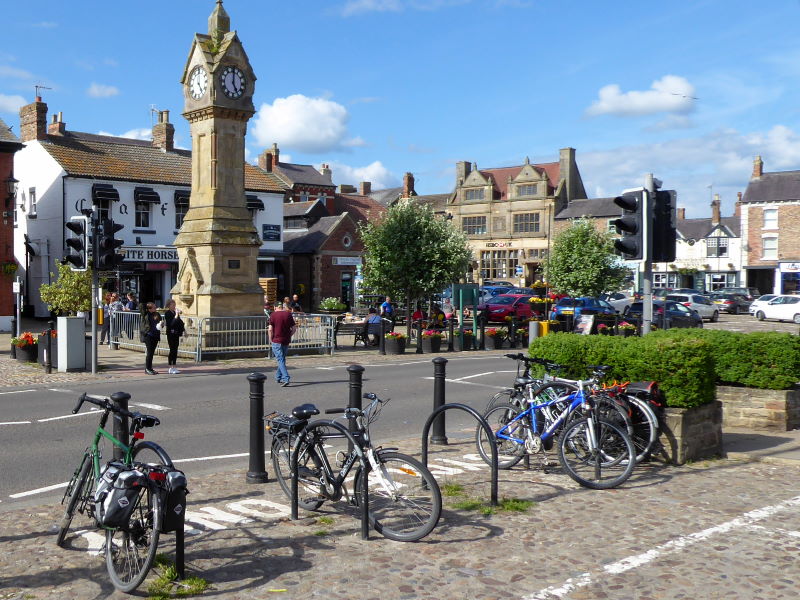 Both the 1980s and 2020s TV settings of All Creatures Great and Small, James Herriot’s heartwarming tales of a vet’s life in mid-1900s Yorkshire, were shot mainly in Askrigg and the Dales. But Herriot himself – real name Alf Wight – in fact lived and practised in Thirsk.

Jolly good it is, too, with things such as recreations of Herriot’s house and surgery, the two vintage Austin 7s used in the TV series, kids’ areas and animals to pet. (I don’t think the ‘vet experience’ goes any further, in case you’re already rolling your sleeves up.)

I was pleased to see that 23 Kirkgate doesn’t have the only blue plaque. Right opposite, Thirsk Museum is in the house where Thomas Lord was born in 1755.

He went on to become a cricketer, and created a series of cricket grounds in London culminating in… yes, Lord’s, at St John’s Wood: the Mecca of cricket, though I don’t suppose anywhere in Mecca will try to sell you a plastic pint pot of lager for eight quid.

Thirsk is also home to one of Yorkshire’s nine racecourses (which are Ripon, Beverley, Wetherby, Pontefract, York, Thirsk, Redcar and Catterick, pub quiz fans) and has one of my favourite market squares in the county. Whatever you need is there, and in my case that’s basically pubs, cafes and bakeries. (And even a bike shop at one end.)

Talking of pubs, the James Herriot books were set in Darrowby, whose hostelry was the Drovers’ Arms. The first TV series used the King’s Arms in Askrigg; the newer one films outside shots at the Devonshire in Grassington, and interiors at the Green Dragon Inn at Hardraw, near Hawes.

Herriot’s actual local, however, was the Golden Fleece in Thirsk’s market square. Recently refurbed as a cafe, eatery and hotel (and bar with prime international brands and two cask ales, Black Sheep and London Pride), it’s changed a bit since Alf’s day.

Other things maybe haven’t changed that much. Stepping back to take a photo of the Golden Fleece, I nearly got run over by a tractor.

You may be able to get fairtrade single-bean coffee and smashed avocado on sourdough toast, but Thirsk’s still a country town at heart.