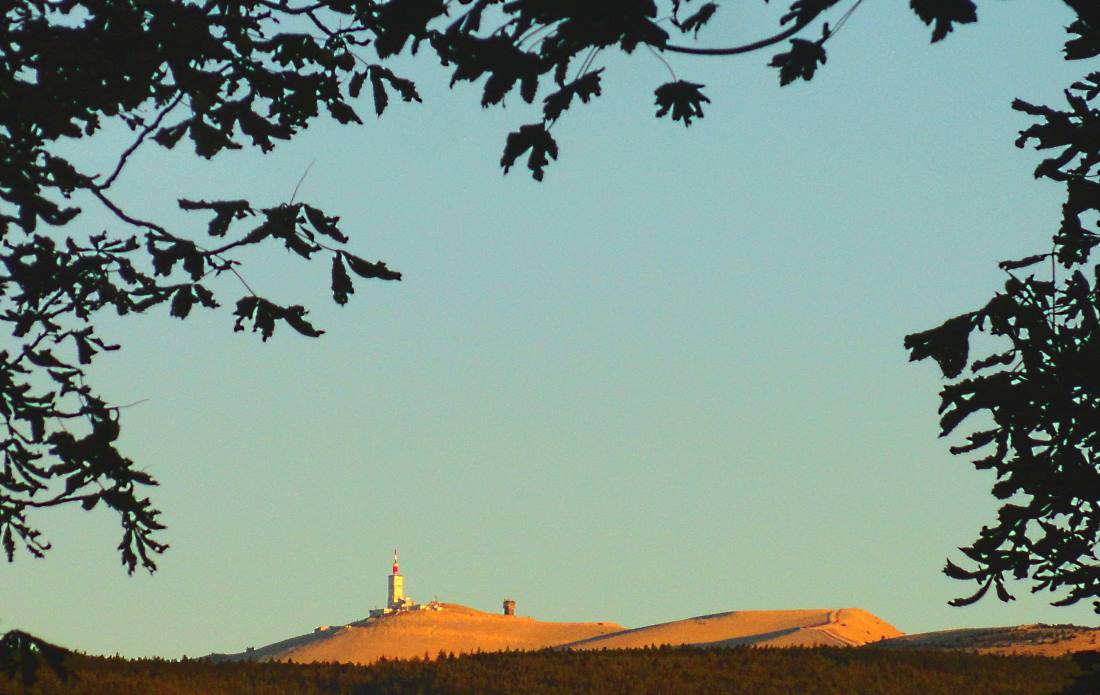 From Sault, the summit of Mont Ventoux looks trivially close (pic). And not that much higher.

Indeed, Sault is the easiest of the three options for base camp towns for the climb every cyclist wants to do, being the highest (700m) and having the shallowest road to the summit (5%). And the best facilities for cyclists, namely, having the best patissier for custard flans. 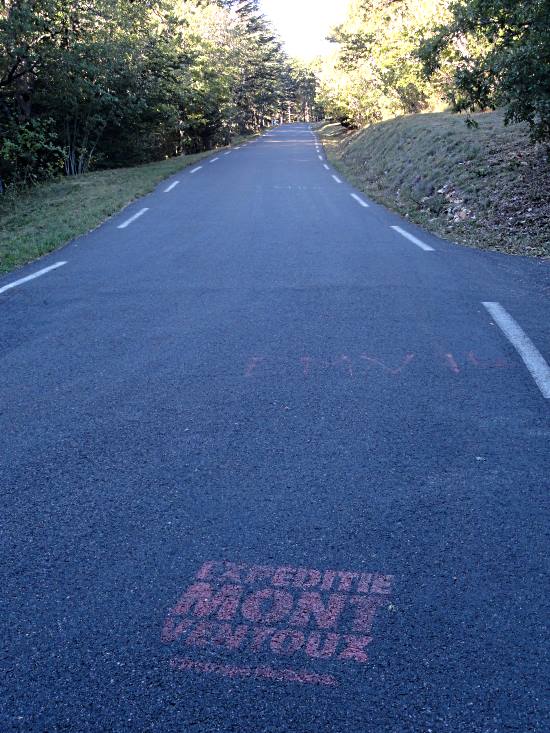 And the first 12 miles of the 16 to the summit is pretty easy and straightforward: a steady gradual ascent through woods (pic).

Thanks to my early start I had the road to myself. The only sound was the chirping of birds and the squeaking of my back wheel. 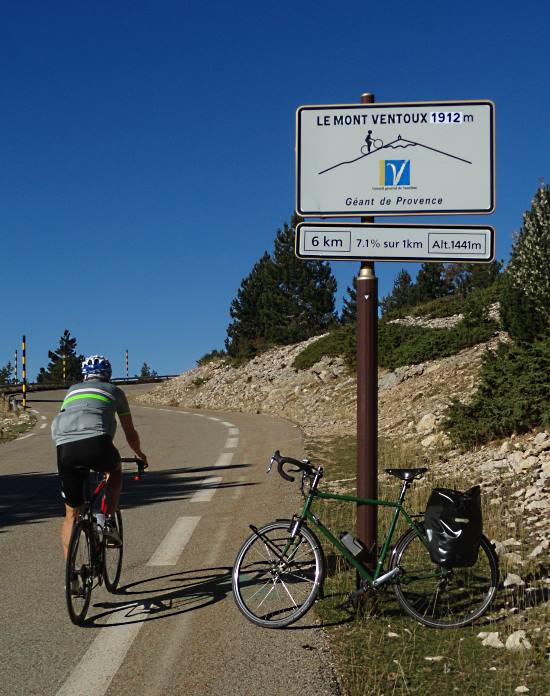 Here you’re on your own, just you against yourself, totally alone except for hundreds of retired blokes in lycra on road bikes overtaking you.

Oh yes, and camper vans, There were loads of those too. 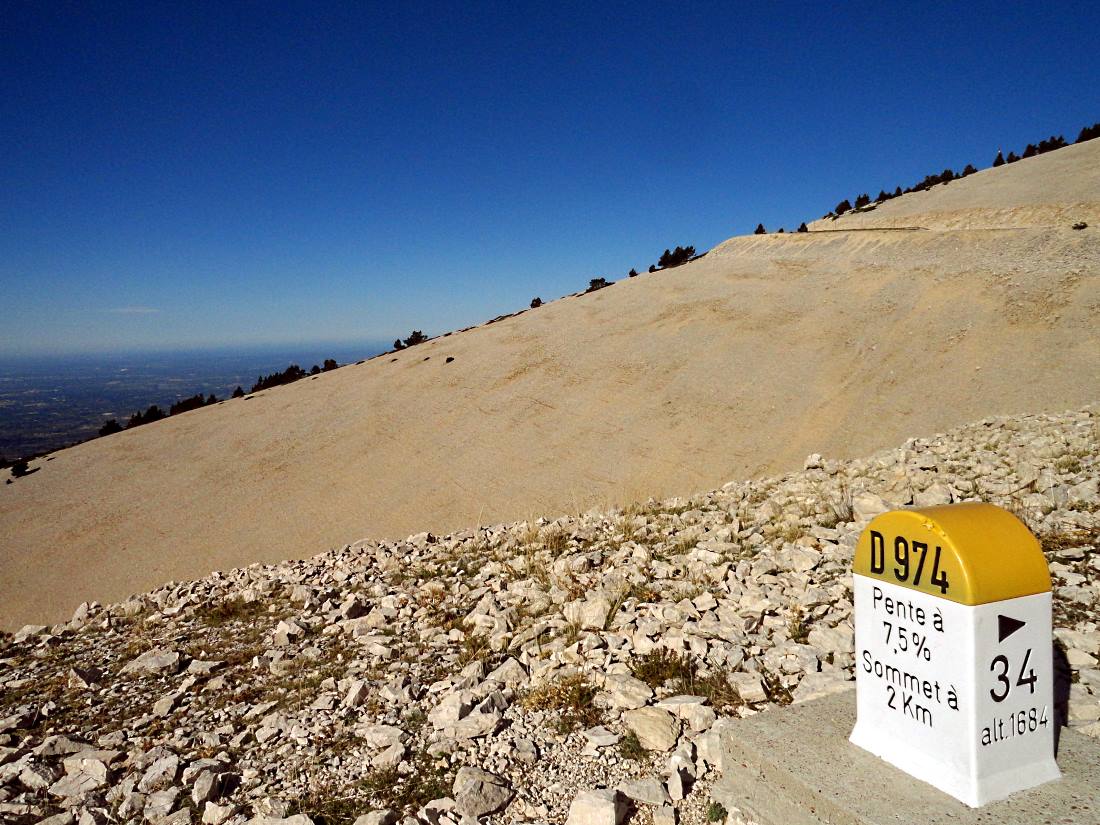 The last four miles is the exciting, and, er, steepest, bit, where the bleached limestone scree has a lunar, airless feel. Here the milestones don’t just tell the distance, they also entertain you with gradient and altitude information (pic).

The road surface also has messages spray-painted to riders, most of them encouragement to nicknamed friends or heroes (BEERS au sommet Guigui!!!, that sort of thing). My favourite however said simply NO NO VOMITO. Shortly before the summit is the moving memorial to British rider Tom Simpson (pic), who perished here in the 1967 Tour de France. High on amphetamines and alcohol (his bidon had been filled with brandy), he pushed himself so hard that he died of exhaustion. Well, two of those are never going to be a danger to me, at least.

I’m not suggesting it’s a clever idea to fill your bidon with brandy, of course, and wouldn’t joke about such things. Red wine is a much better idea. 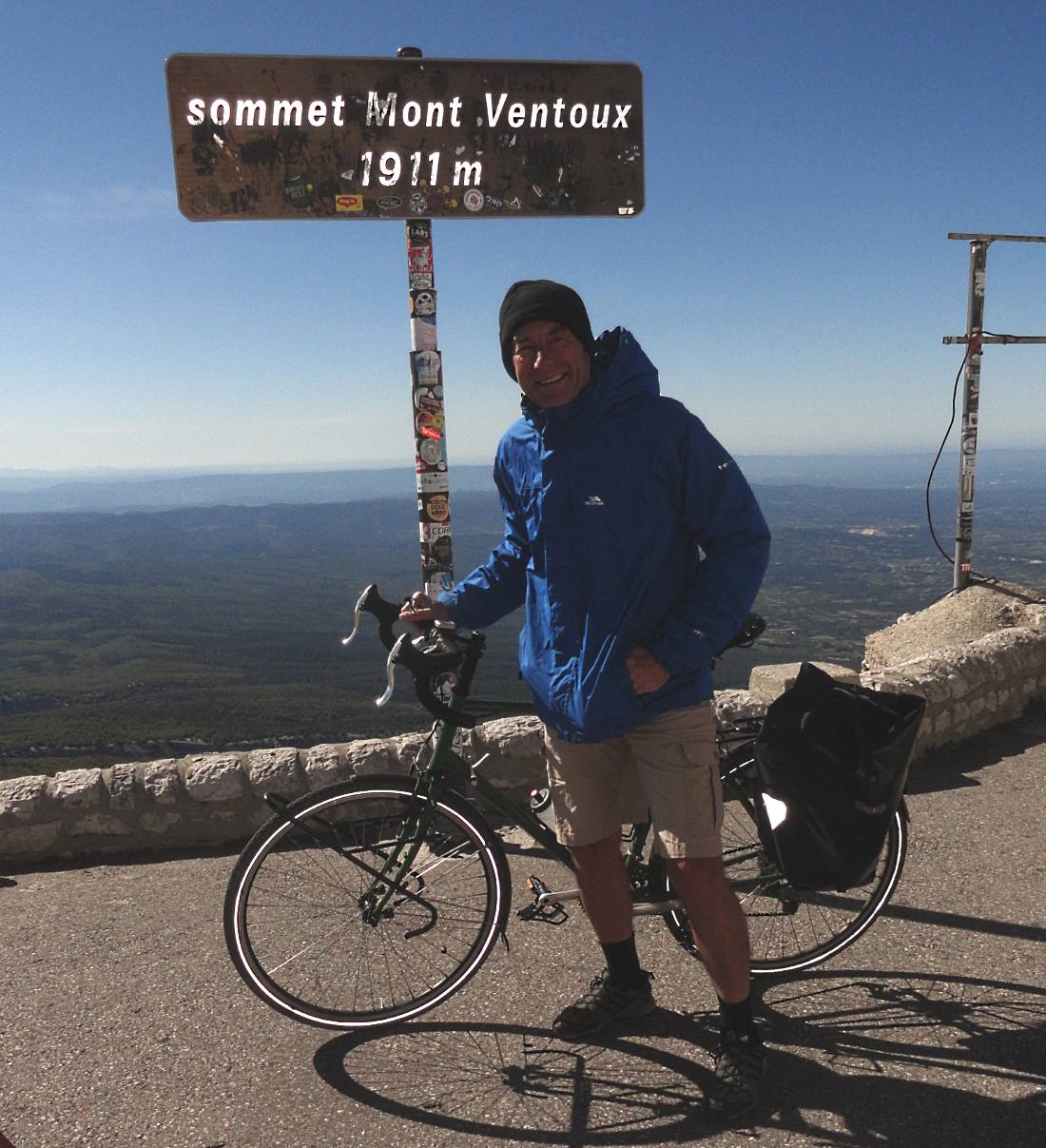 Here’s me, anyway, at the top (pic). Forget that stuff about being airless. If anything there was too much: it was very, very, very windy. There were dozens of other cyclists there, all in full road kit on featherlight bikes. I’m smiling because I know I’m the least likely to be blown over, thanks to my pannier full of drinks and picnic stuff. 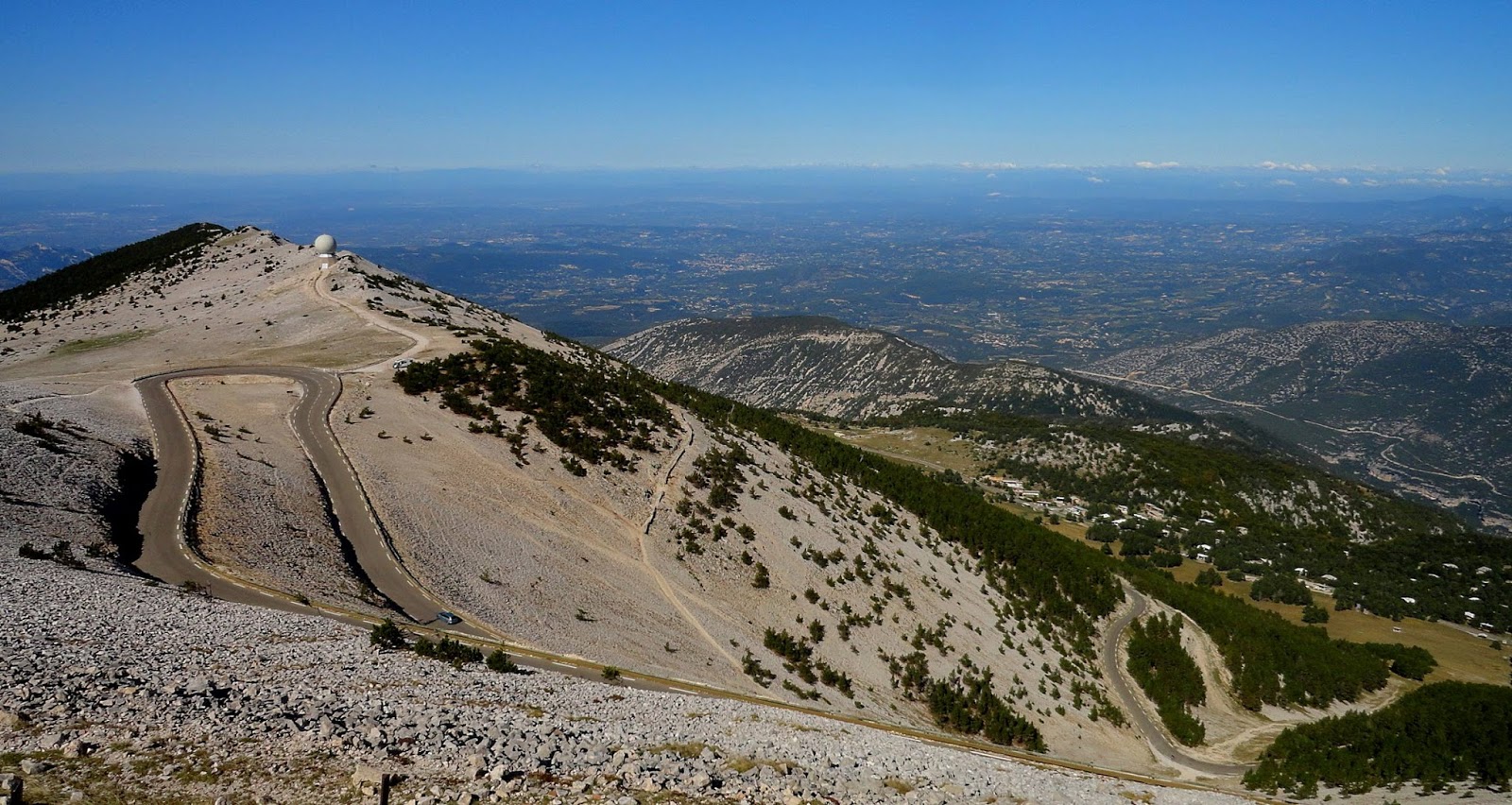 There’s an awesome 360 panorama from the top (pic): Ventoux is the tallest thing for miles around, and you feel you’re on top of the world. A very windy world where most of your pictures come out blurred or lopsided because you can’t hold the camera properly. This is one of the few that did.

That plain, down there, is where I started from, and where I zoomed back to, freewheeling with a tailwind almost all the 16 miles back to Sault.

I passed maybe two hundred cyclists who were on the way up, and felt lively and fit and relaxed like I could do it all over again. Then, as soon as I got back to the hotel about one o’clock, collapsed into bed for a two-hour nap.

So, in sum, Mont Ventoux? Piece of cake.