A key to understanding Yorkshire is that nothing else, anywhere, will ever be as good as it is in God’s Own Country. (That’s what Yorkshire people call Yorkshire. It’s not what God calls it, but obviously His opinion doesn’t count as much as, say, Fred Trueman’s.)

Think, for example, of the farmer whose land straddled the Lancashire-Yorkshire border. After years of dispute, it was finally settled that his farm lay in Lancashire. Thank goodness, he said. I couldn’t stand another Yorkshire winter.

Anyway, Market Weighton (picture) put me in mind of this effect. I cycled through the small market town on my way from York to Beverley today. It was the birthplace of William Bradley (1787–1820), the tallest man ever in Britain at 7’9″ (236cm). Never mind that Frederick Kempster apparently, technically, measured 1cm more: Bradley was from Yorkshire, which makes his 7’9″ actually taller than that. He was Yorkshire tall.

The twenty or so miles between York and Market Weighton is as flat as a pint of non-Yorkshire beer, so Bill must have had a good view of all the intervening pig farms from up there.

His home town celebrates him well, with a life-size statue of Giant Bradley (picture). With good Yorkshire image management, this plays down the outsize features seen in contemporary illustrations of him which suggest acromegaly – the symptoms of an overactive pituitary, the developmental equivalent of a jammed accelerator that swells forehead, cheekbones, jaw, hands and feet to monster proportions.

Bradley weighed 27 stone (171kg) and could apparently wolf a whole leg of mutton for tea, though of course he’d’ve struggled to finish one of my mum’s dinners. He exhibited himself with the travelling show Barnum’s, along with a dwarf called Edward Calvet from Shiptonthorpe. Once they went out for a night on the town and Barnum’s looked high and low for them. (See Ronnies, The Two: BBC1, 1976.)

Bill’s giant-sized house is marked: it’s now a gift shop, whose lofty ceilings must present quite a decorating challenge. Also visible is his jumbo grave inside the town’s church, where he was buried (to deter trophy-hunting grave-robbers) following his death from tuberculosis at 33. 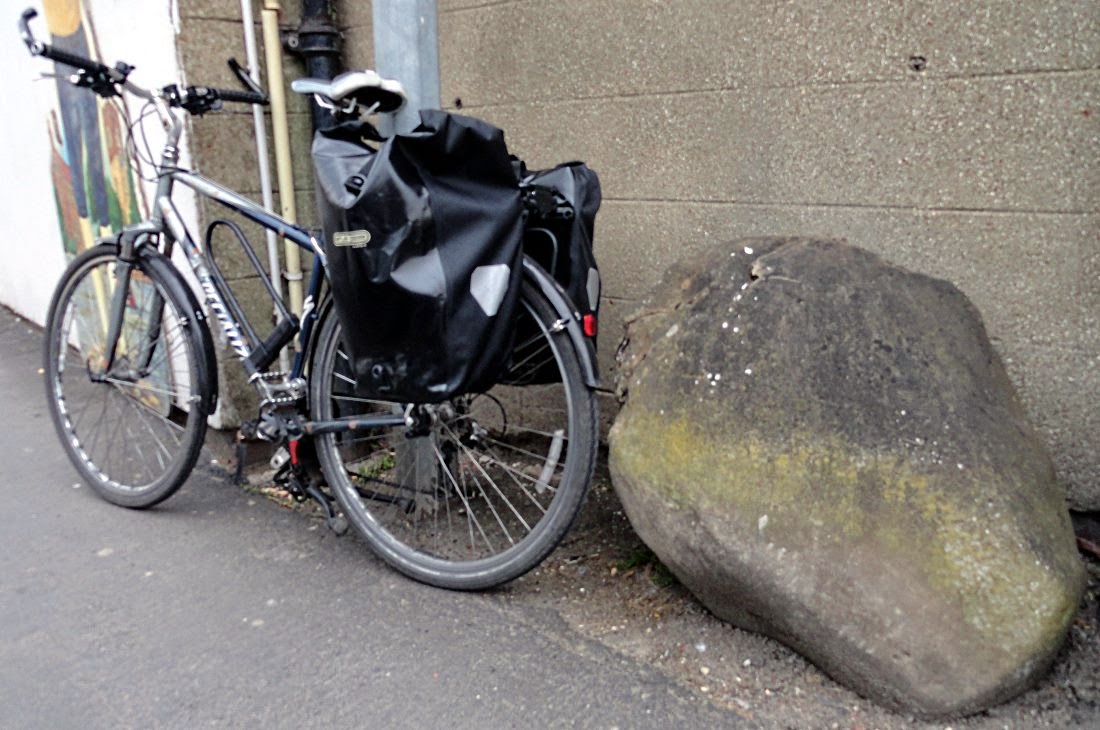 And then there’s this rock (picture). According to local legend, the big guy carried it for a bet all the way from Goodmanham, three miles away, to here. Now this is a newsagent’s, though then it was probably a farrier’s or a charnel-house or soothsayer’s or something.

I don’t know how much it weighs, but given the choice between the rock and my panniers, jam-packed as usual with sandwiches, tools, electrical goods, emergency bottles of wine, Argos catalogues etc, the Yorkshire Giant would have asked for the rock back. 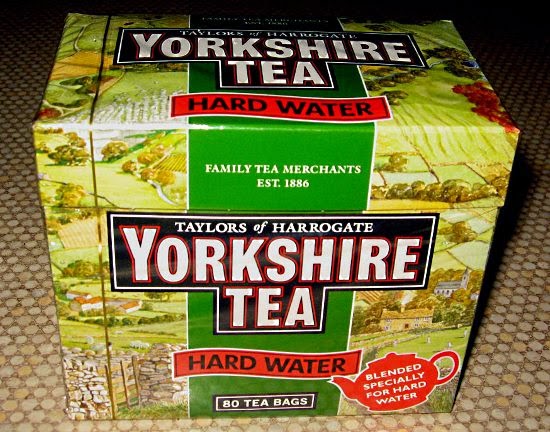 But Bradley would’ve appreciated some of the contents of my excess baggage. Such as the Yorkshire Tea (picture) that provided my evening refreshment. Other teas are, of course, all very well. But they’re not Yorkshire Tea.