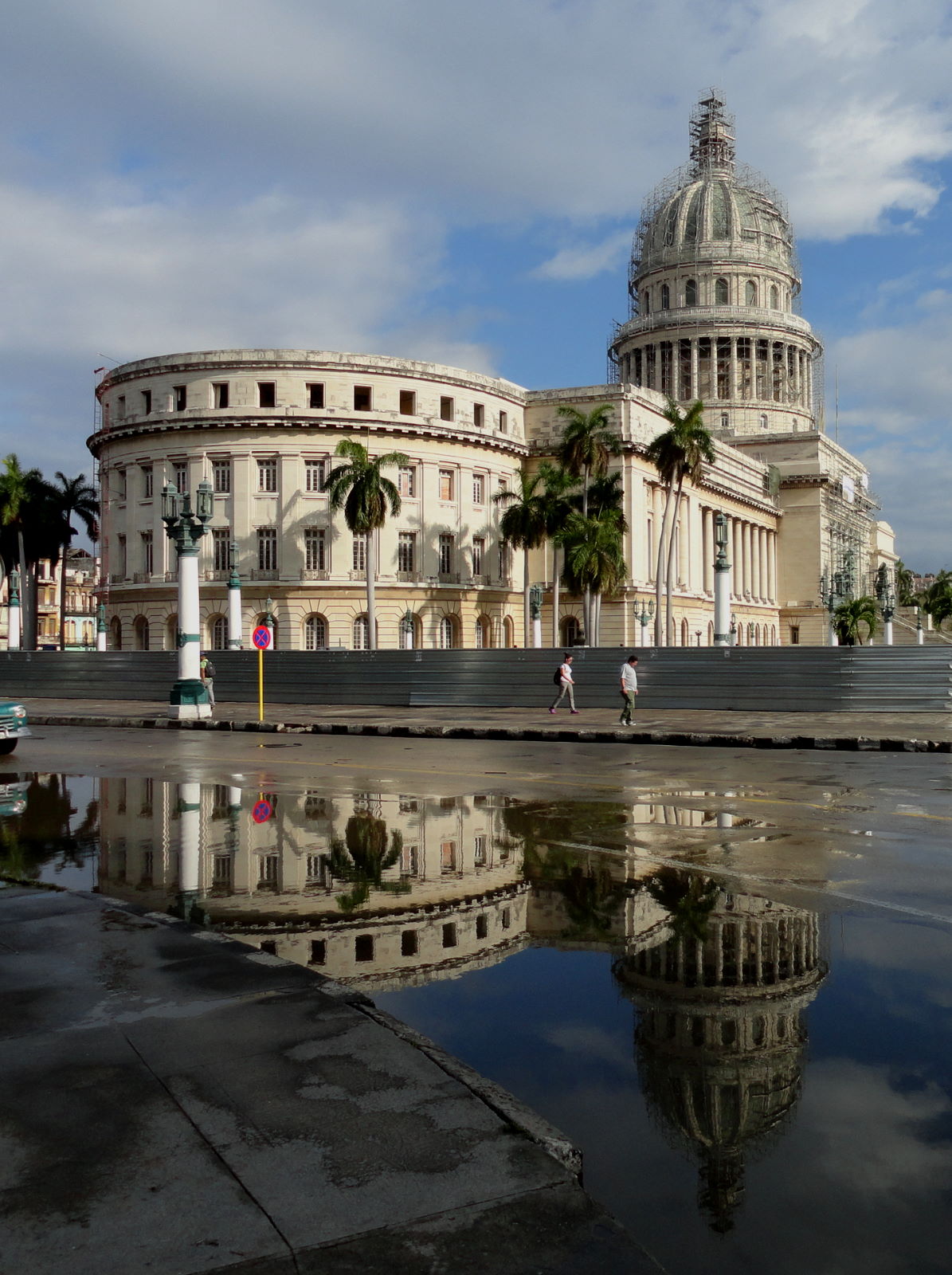 My last week in Cuba, waiting out the time between finishing my End to End and my flight home, had the feeling of marking time.

Several of my intended big-ticket attractions (Capitol [pic], Motor Museum, Model of Havan) were closed, and many of the ones that were open (Museum of the Revolution, overseas art museum) were a bit dull. 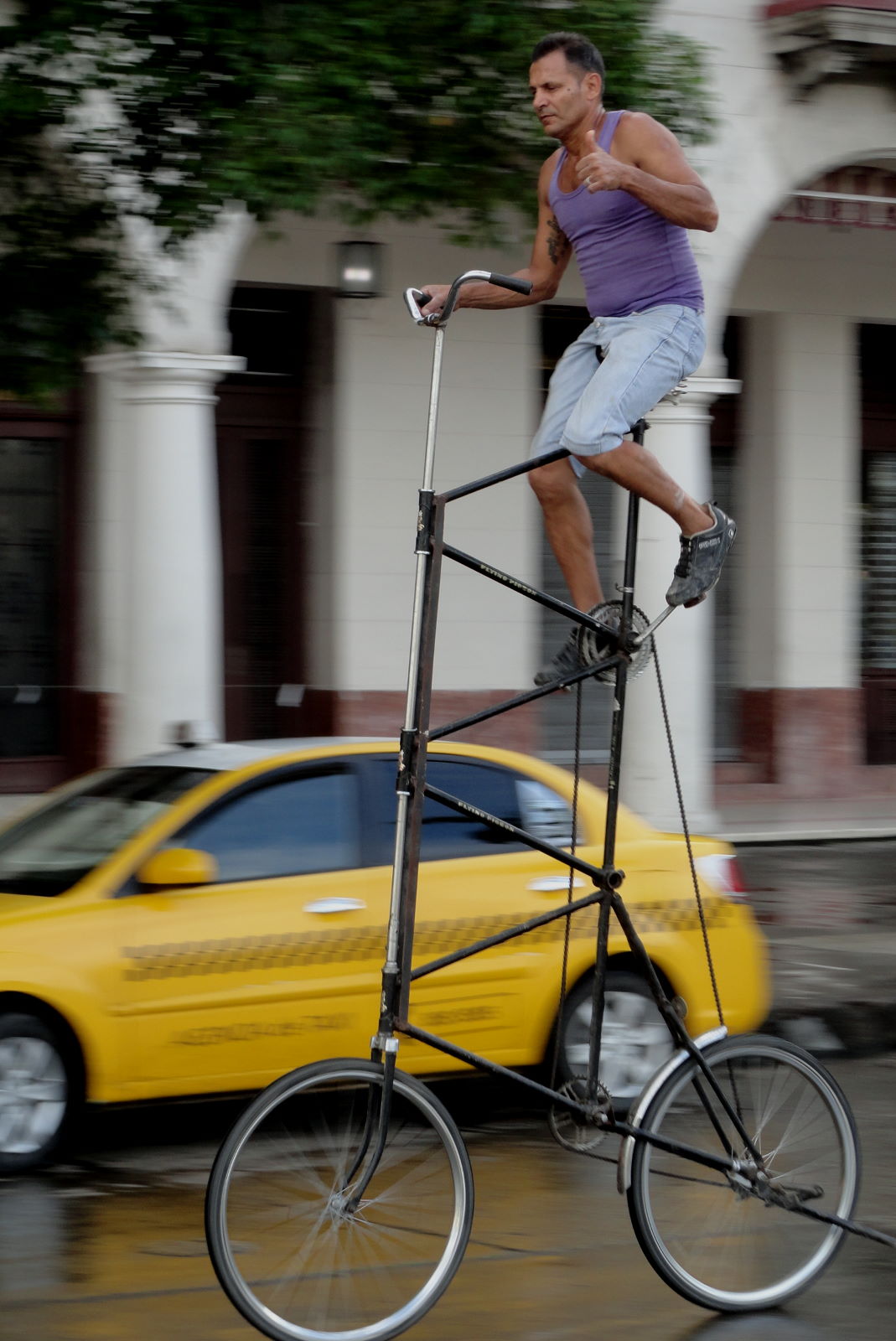 This snap of a passing daredevil (pic) is my only photo of the period that features a bicycle.

Still, I enjoyed a visit to a jazz club that had some outstanding music.

And – from the cosy safety of my casa – I marvelled at a tropical storm that filled the streets with sloshing water for a couple of hours and which blacked out the electricity with a mighty pop.

The energy supply was eventually restored, of course. I hoped mine wouldn’t be long in returning either. 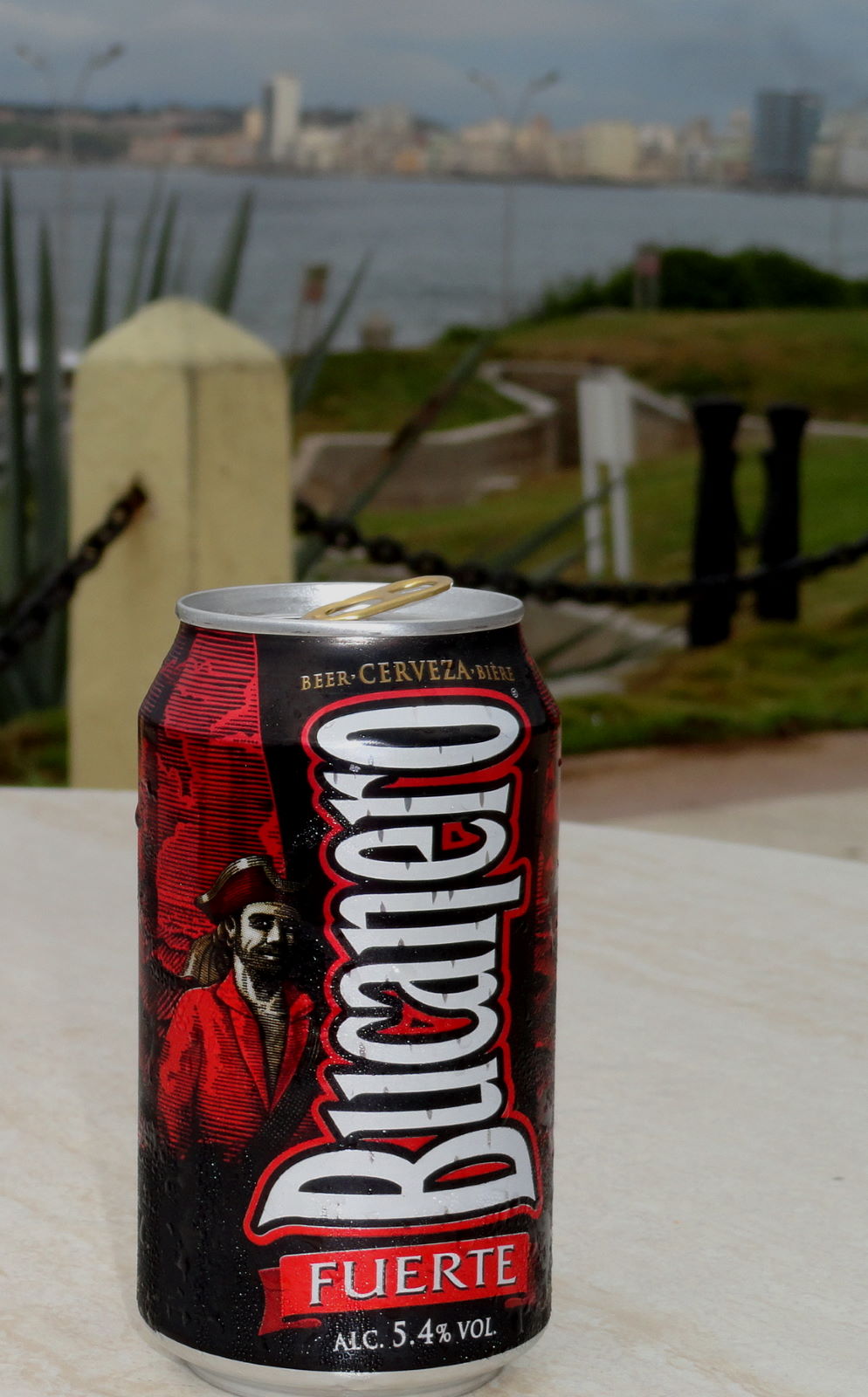 I was looking forward to getting back on my bike, and cycling to the airport, so I could go home. It had been a fabulous trip, but you can have too much of a good thing. I think I can live without lobster, or Bucanero (pic) for a while, for example.

Finally, I set off to ride the 13 miles to the airport for my evening flight. Another storm was forecast for the afternoon, so I set off in the morning’s fine weather.

A final peso burger and juice from a stall, a final bit of email admin from the Hotel Vedado’s internet, and a pleasant ride through countryside, little towns and villages, one of which yielded a sneaky shortcut to Terminal 3.

I was ten hours early, but thought that preferable to getting drenched.
In contrast to the obstructive attitude I’d had at checkin back in England on the way out, the guy here was helpful and accommodating, getting me and bike onboard in the cheapest and best way.

With bike disassembled, packed up and dispatched through the scanner, I invested my remaining CUCs on a few pricey beers, chatted to fellow passengers about this and that, and clambered aboard nervously as always. 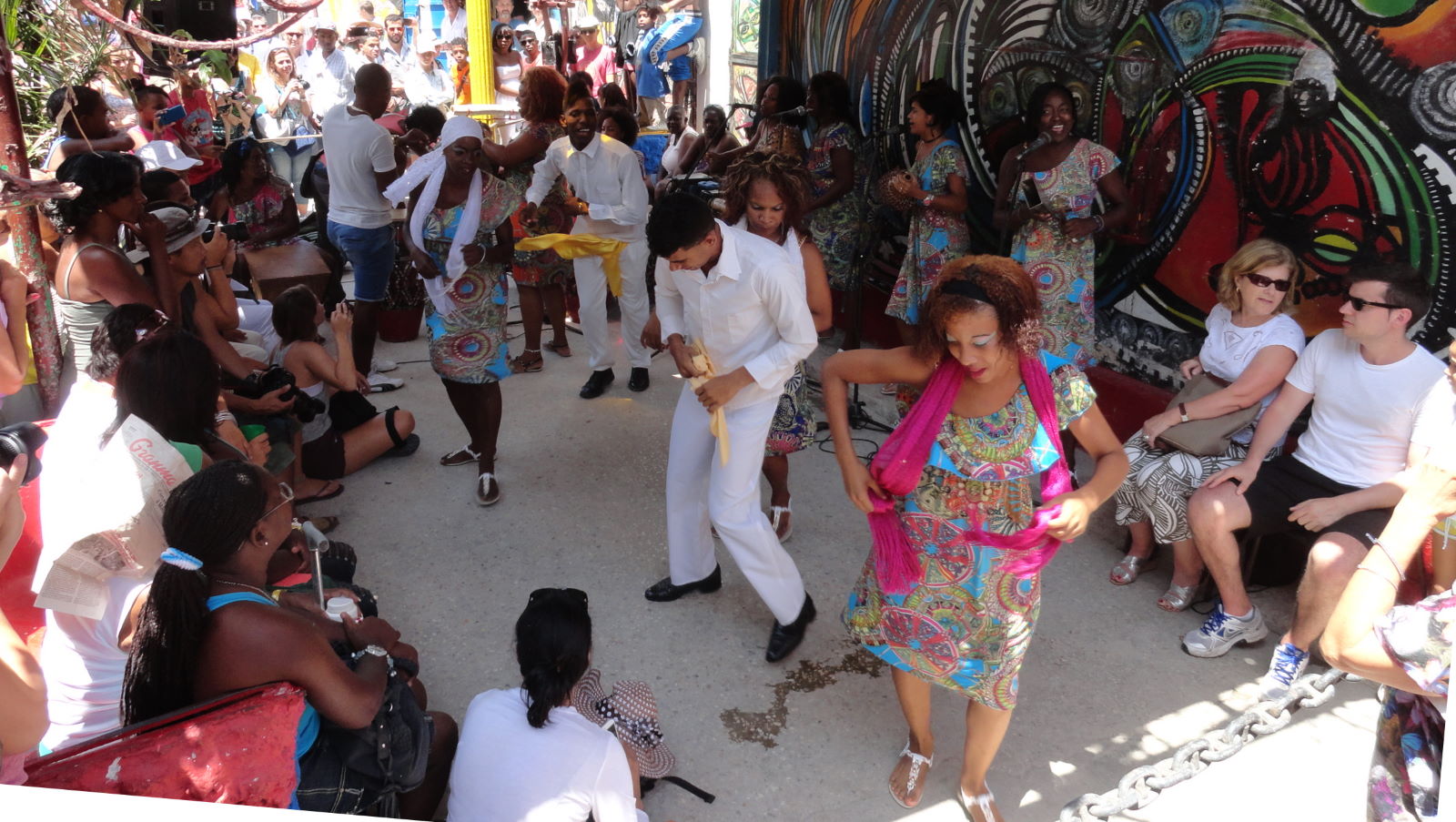 Cuba had been a six-week long party (pic). But now was the time to dream of new journeys, as I dozed fitfully on the long, long haul back to my world.